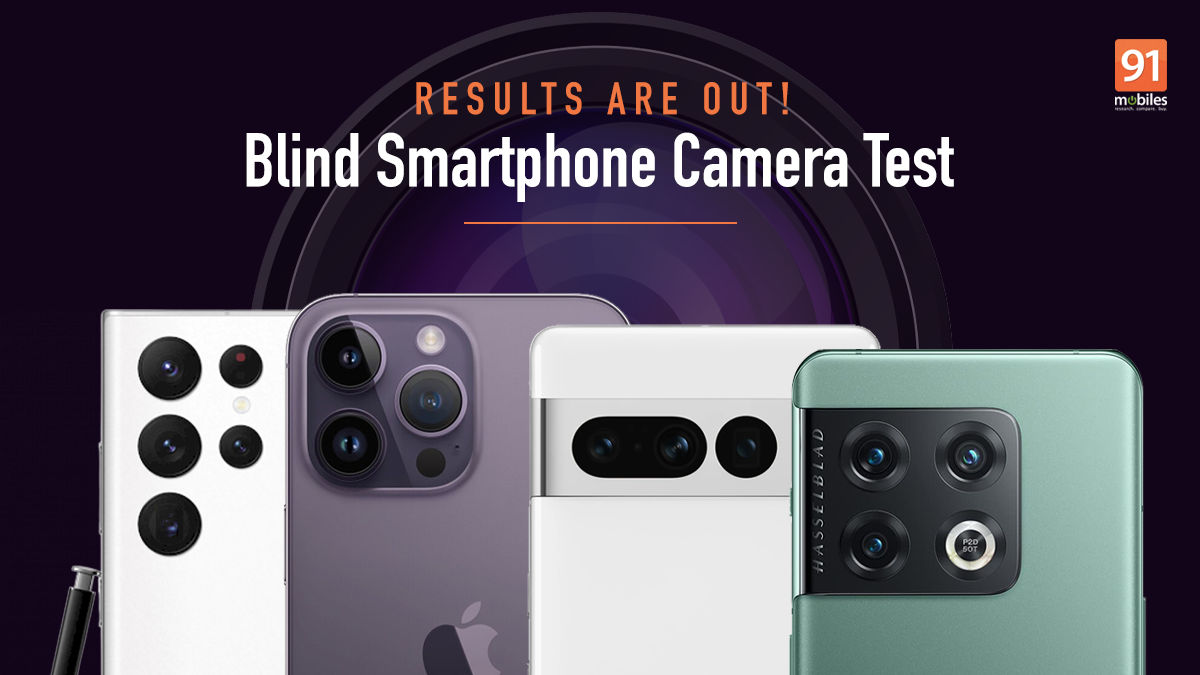 This year has been a treat for smartphone lovers who love to dabble in photography. As smartphone reviewers, we usually go into intricate details about a device’s camera sensor or the final image being outputted. However, for regular users, sometimes the answer to which photo they like better can be different. Some extra colours here or higher exposure there could be a deciding factor for many potential buyers.

A blind camera test with user voting is a great way to know what exactly are people looking for when a smartphone snaps a photo. We conducted a similar poll last month with the Galaxy S22 Ultra (review), iPhone 14 Pro Max (review), Pixel 7 Pro (review), and OnePlus 10 Pro (review). The results of the polls are finally out, so let’s check which device clicked the most appealing shots according to the people. 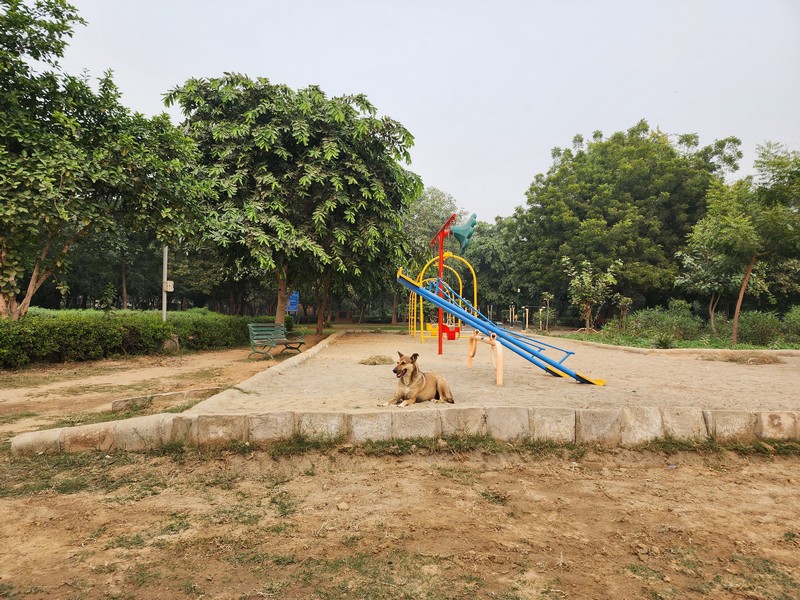 The most common shooting scenario is also one of the most closely contested fights. The winner for this round is the Samsung Galaxy S22 Ultra but just by 0.3 percent. The Pixel 7 Pro comes fourth with 15.6 percent while the OnePlus 10 Pro is third, impressing 22.7 percent of the audience.  It is easy to see why the S22 Ultra won this round as it is the most vibrant shot of the three while the iPhone’s colour temperatures are just a tad bit cooler. In my opinion, the Pixel 7 Pro also did a great job with the photo and brought a lot of details in the shadows. The OnePlus 10 Pro just didn’t pull enough dynamic range to impress the users. 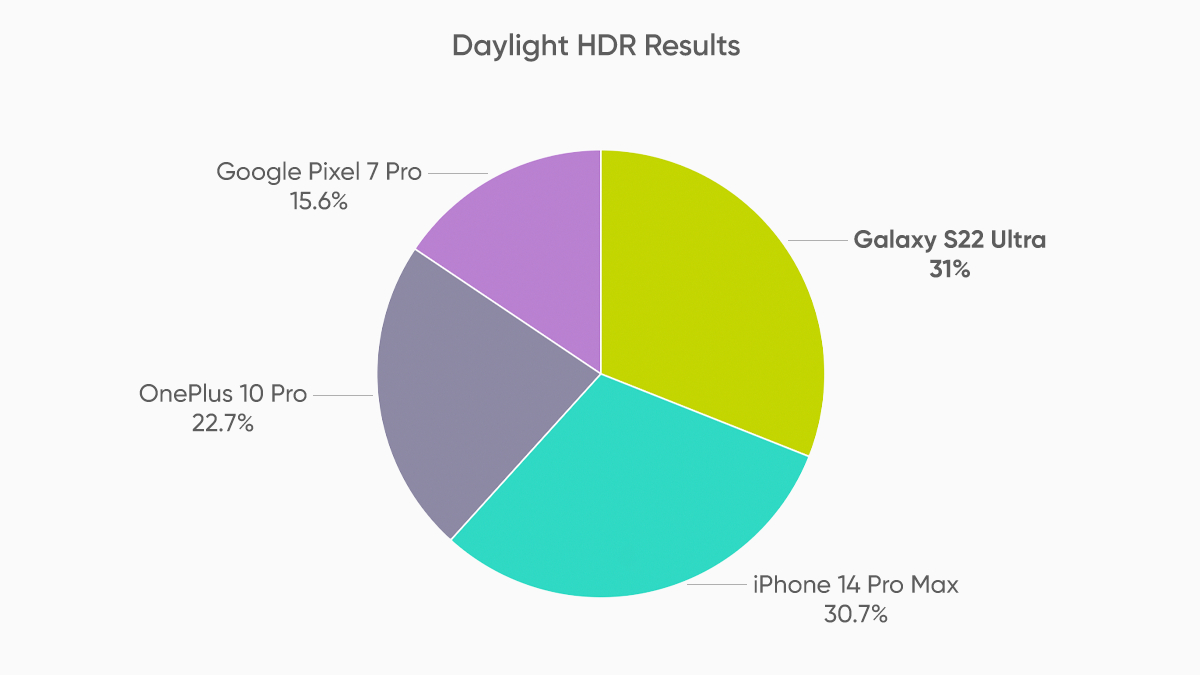 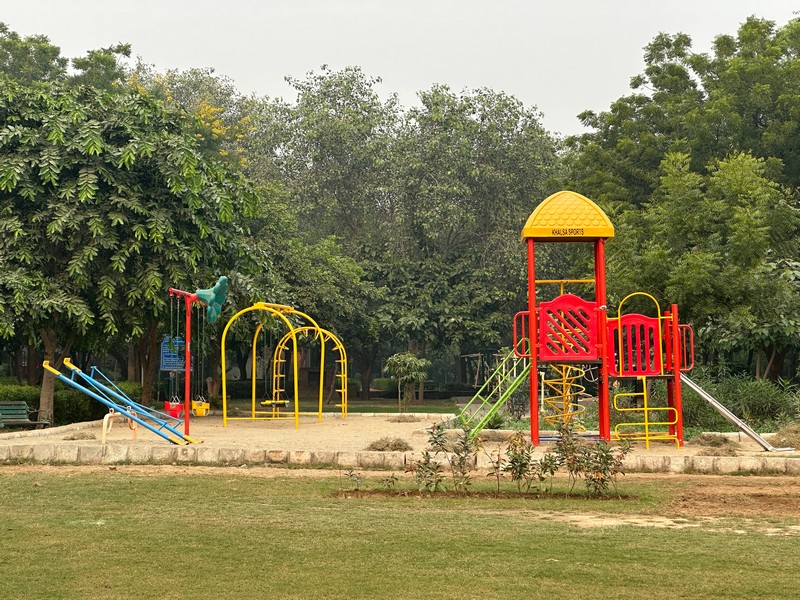 In this category, the overwhelming leader, with more than half the votes is the iPhone 14 Pro Max. The Galaxy S22 Ultra comes in second with 22.9 percent of the votes while the Pixel 7 Pro and OnePlus 10 Pro, occupy the third and fourth positions respectively. It would appear that the audience has voted for the most colourful picture of the four which is of course the iPhone’s shot. The OnePlus 10 Pro overcompensates for the exposure and robs the scenario of its details, which puts it in the last place. On balance, both the Pixel 7 Pro and S22 ultra shots looked somewhat similar in various imaging parameters. 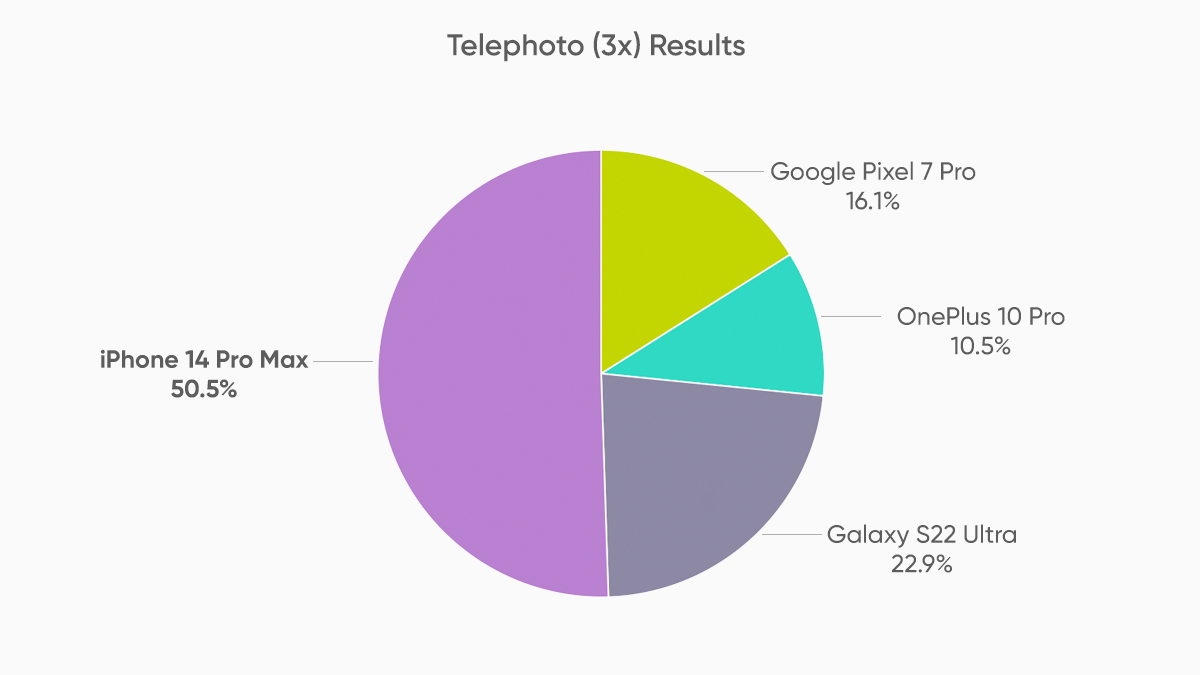 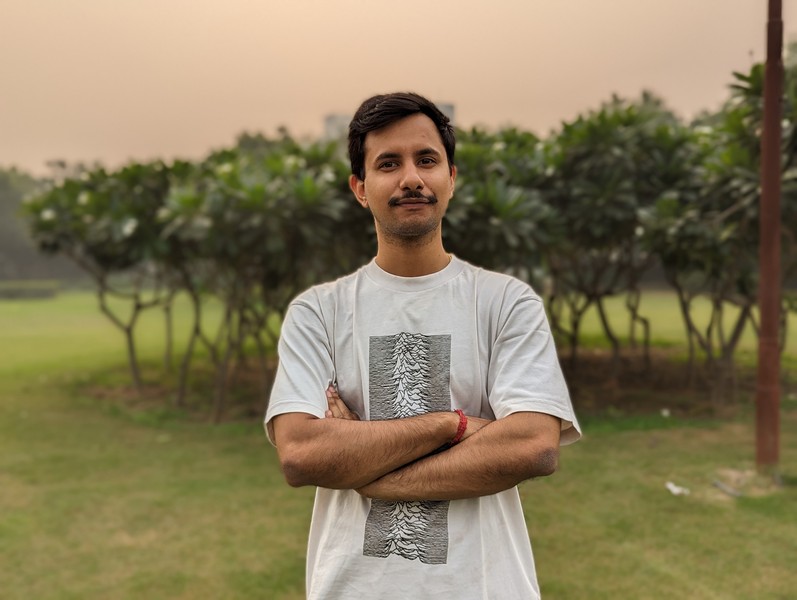 The Portrait mode category sees one of the biggest winning margins in this blind camera test with nearly 67 percent votes cast for the Pixel 7 Pro’s shot. In second place comes the iPhone 14 Pro with 14.5 percent and the OnePlus 10 Pro is again at the bottom with 6.6 percent. In the comparison shots, the Pixel 7 Pro takes the most detailed image which correctly calibrates the skin tones and exposure behind the subject. The rest of the images are slightly far out and less contrasty in comparison, which would explain why they got fewer votes. 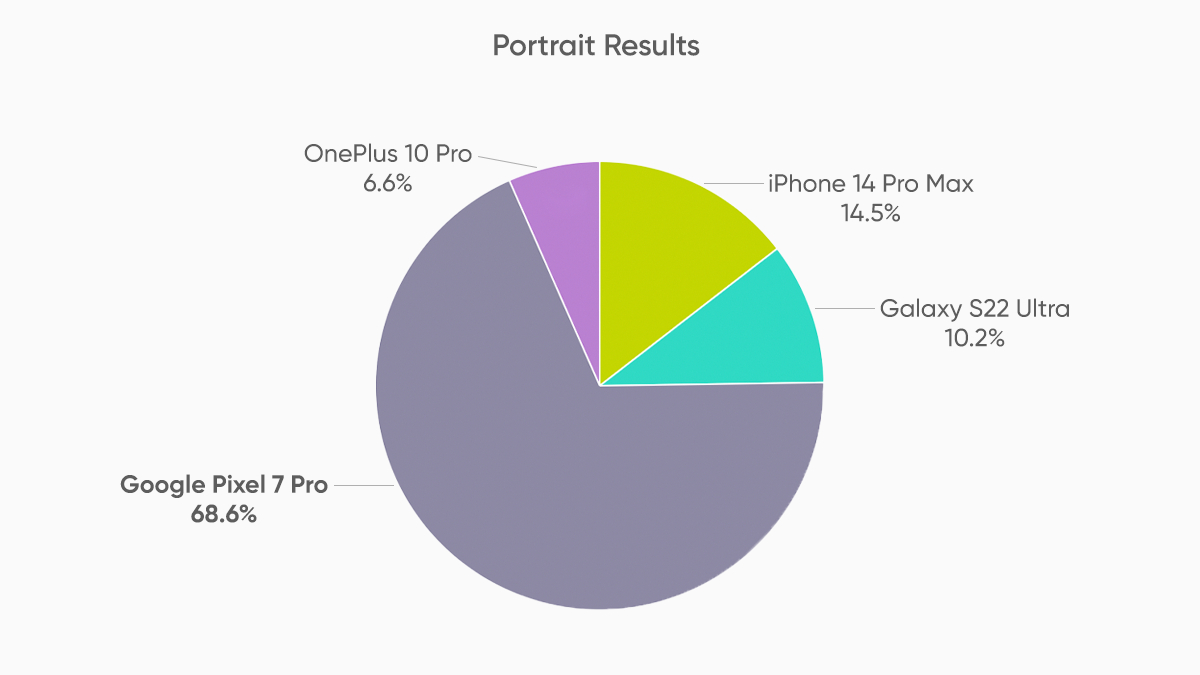 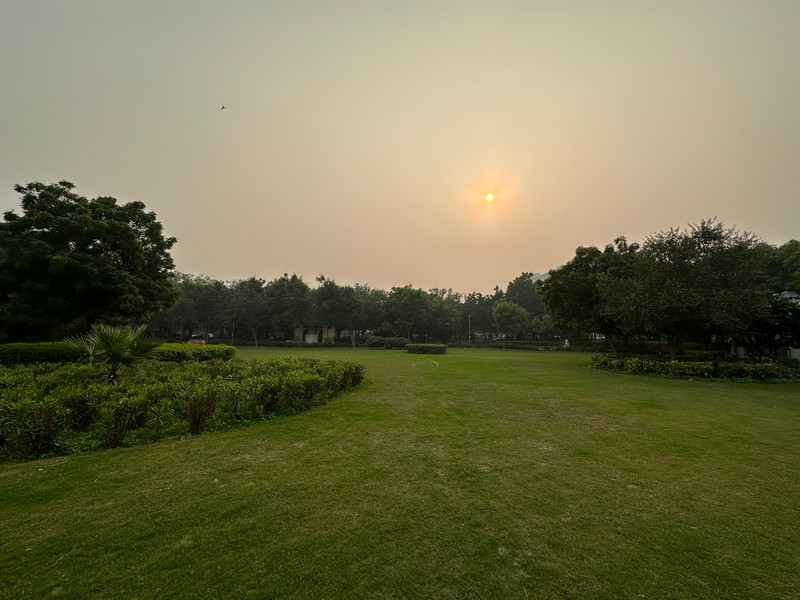 This category is closely contested with all four phones in the vicinity of each other as far as the votes are concerned. The iPhone 14 Pro Max does win this round with 29.2 percent votes, followed by the OnePlus 10 Pro at 28 percent votes. The Pixel 7 Pro comes in third at nearly 23 percent while the S22 Ultra brings up the rear at about 20 percent votes. In terms of overall composition, exposure and detail, the iPhone 14 Pro Max does look far ahead of the competition. Second-placed OnePlus outputs a saturated shot with cooler colour temperatures which could look appealing for some social media sharing. The Galaxy S22 Ultra falters on the detailing aspect while the Pixel 7 Pro captures the shot in more realistic lighting. 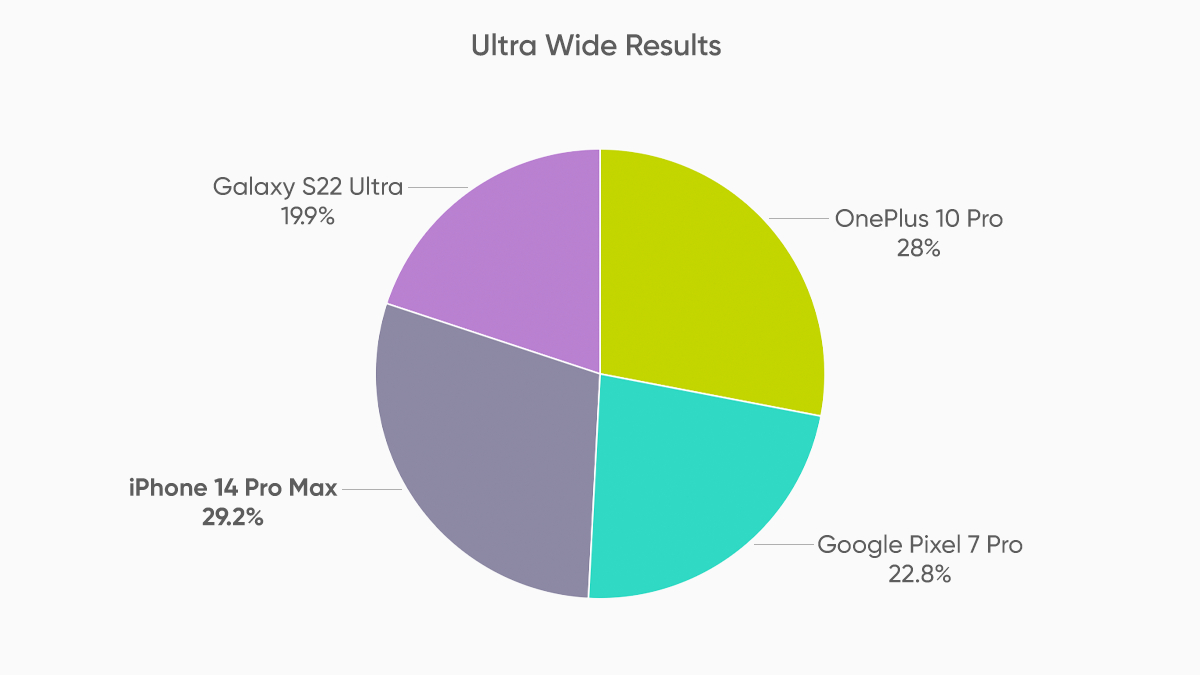 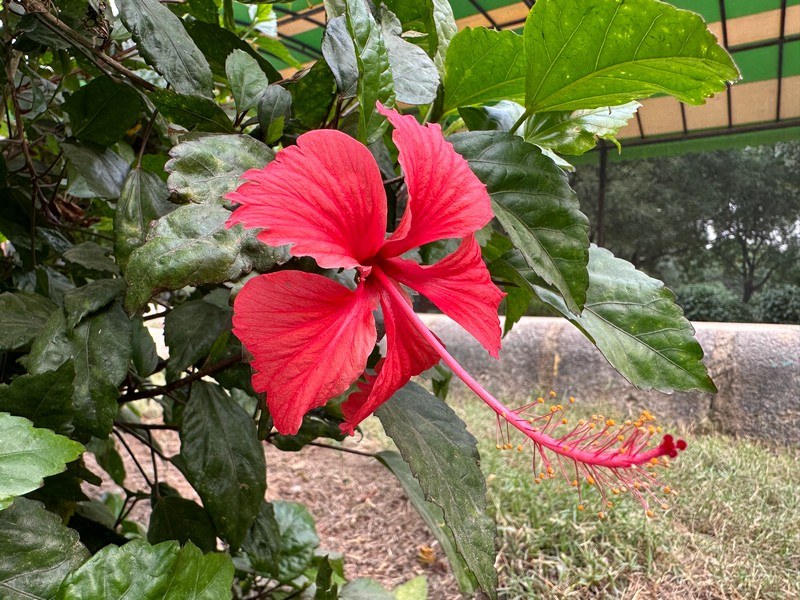 In this round, the iPhone 14 Pro Max wins by getting 43.6 percent of the total votes while the OnePlus 10 Pro is again in second place at 24.2 percent. This time around it’s the Pixel 7 Pro’s turn to come last with 10.9 percent of the votes and the S22 Ultra comes third with 21.3 percent. From the images, it can be reasonably assumed that the audience voted for the shot with more contrasty colours. The iPhone does win in this regard and also scores massive points for its extra layer of detailing. On the Pixel 7 Pro shot the leaves and the pollen grains of the flower are out of focus which would make it less favourable in the eyes of voters. 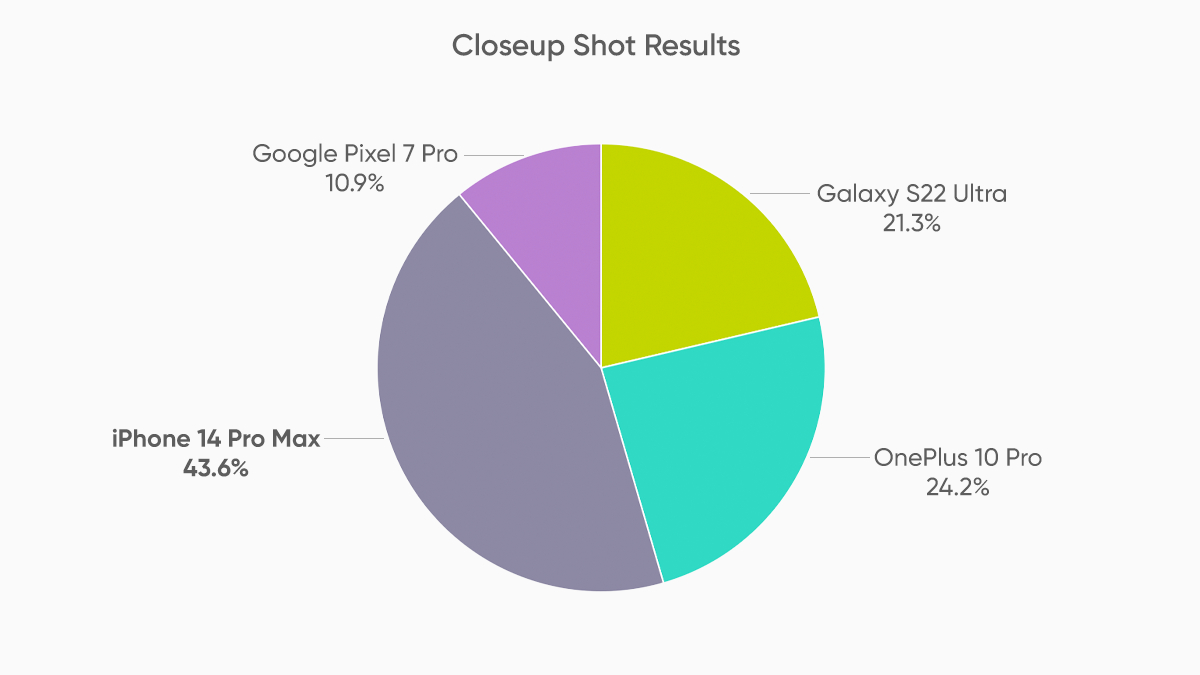 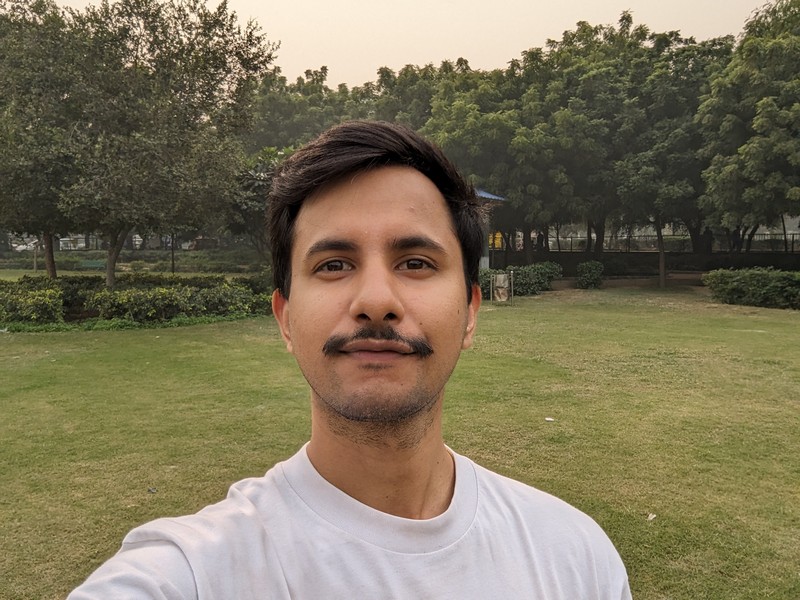 The Pixel 7 Pro registers its second win of the comparison but with a very slender lead. With 41 percent votes, it narrowly beats the iPhone 14 Pro Max which has 40 percent of the votes. The rest are comprised of the OnePlus 10 Pro at 11.3 percent and the S22 Ultra at just 7.7 percent. Both the Pixel and iPhone correctly gather facial details and represent accurate skin tones. In addition, the exposure behind the subject’s face is also quite metered. This is not true for the OnePlus 10 Pro which brightens up the entire shot while the S22 Ultra is somewhere in the middle. 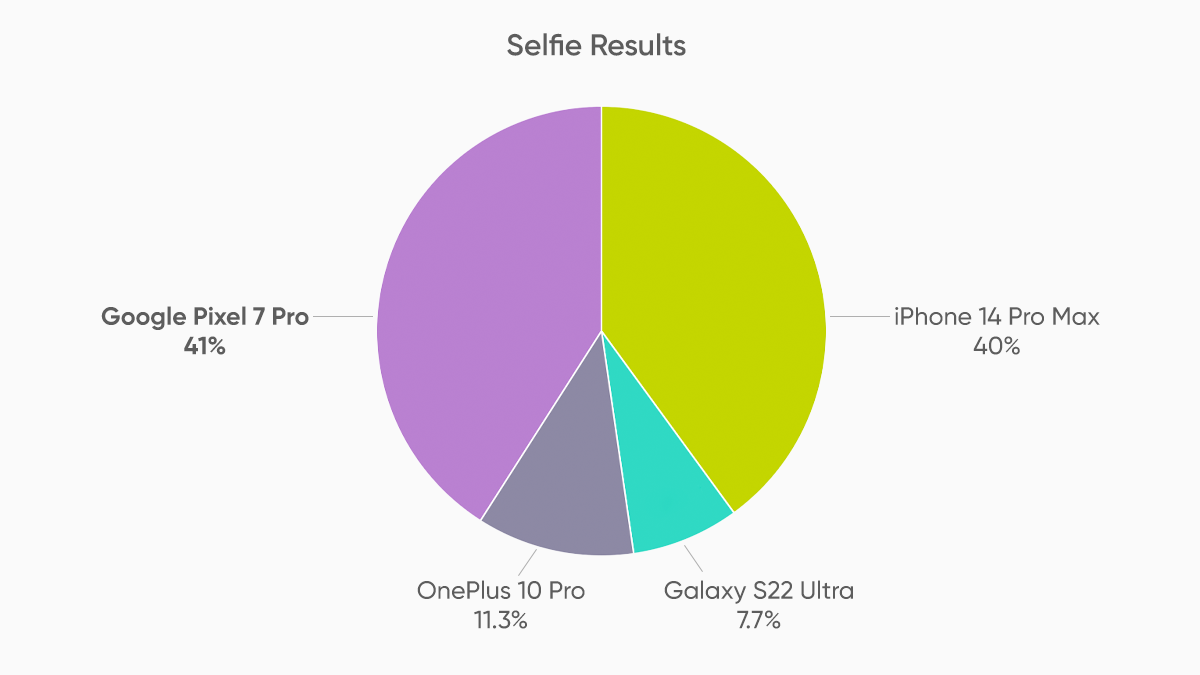 With 51.3 percent of the votes in its favour, the OnePlus 10 Pro gets its first win in the comparison. The iPhone 14 Pro Max comes in second with nearly 34 percent, the S22 Ultra is third with 9 percent and fourth is the Pixel 7 Pro with a measly 5.8 percent. It can be seen that the OnePlus image is quite saturated and exposed, which is something that the voters have shown to like throughout this test. This is also why the Pixel 7 Pro is last since its image is a bit darker but at the same time it brings in better shadows. 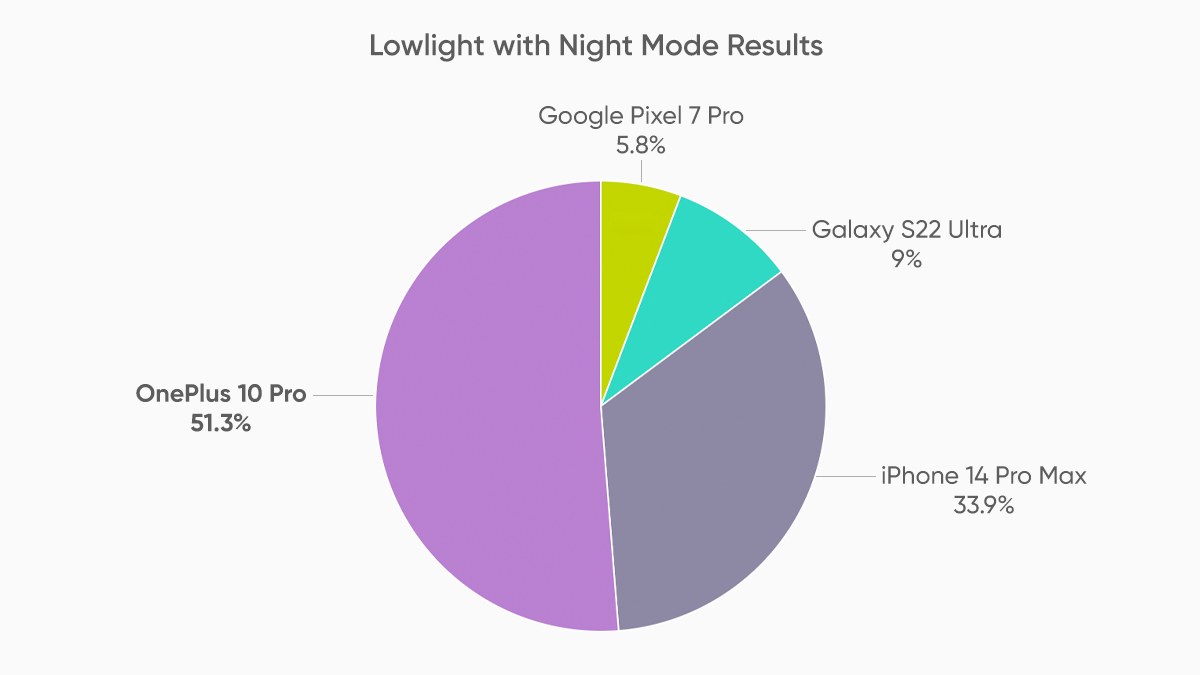 With a final tally of three wins, the iPhone 14 Pro Max wins the blind smartphone camera test. It is also important to note that in the categories the device did not win, it came no less than the second position which is exemplary. While the Pixel 7 Pro got two wins to its name, the S22 Ultra and 10 Pro registered only one victory each. All this to say that putting all the technical jibber jabber aside, the iPhone still dominates the public perception as far as image-taking prowess is concerned.

OnePlus 11 vs OnePlus 10 Pro: how much has the OnePlus flagship changed from last year?