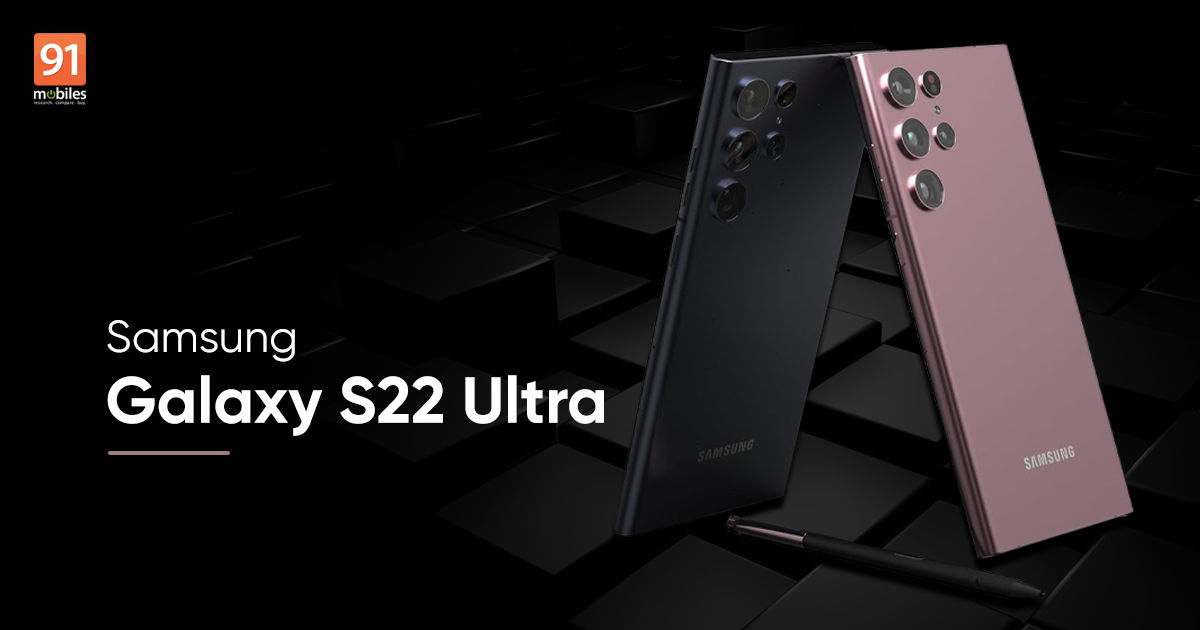 Samsung seems to raise the bar for flagship smartphones with every passing year, and with Galaxy S22 Ultra, it seems that the brand has outdone itself. One of the most notable distinctions compared with previous flagship phones in the Galaxy S Series this year is that the Galaxy S22 Ultra has become the first S Series phone to come with built-in S Pen support. Even if you have not used S Pen before, you might be aware of this unparalleled productivity tool that comes in handy for students and businessmen alike. Does this new addition automatically make Samsung Galaxy S22 Ultra a no-brainer? In short, yes, but there is so much more to this phone that it would be unfair not to mention the other incredible innovations that come along with it. 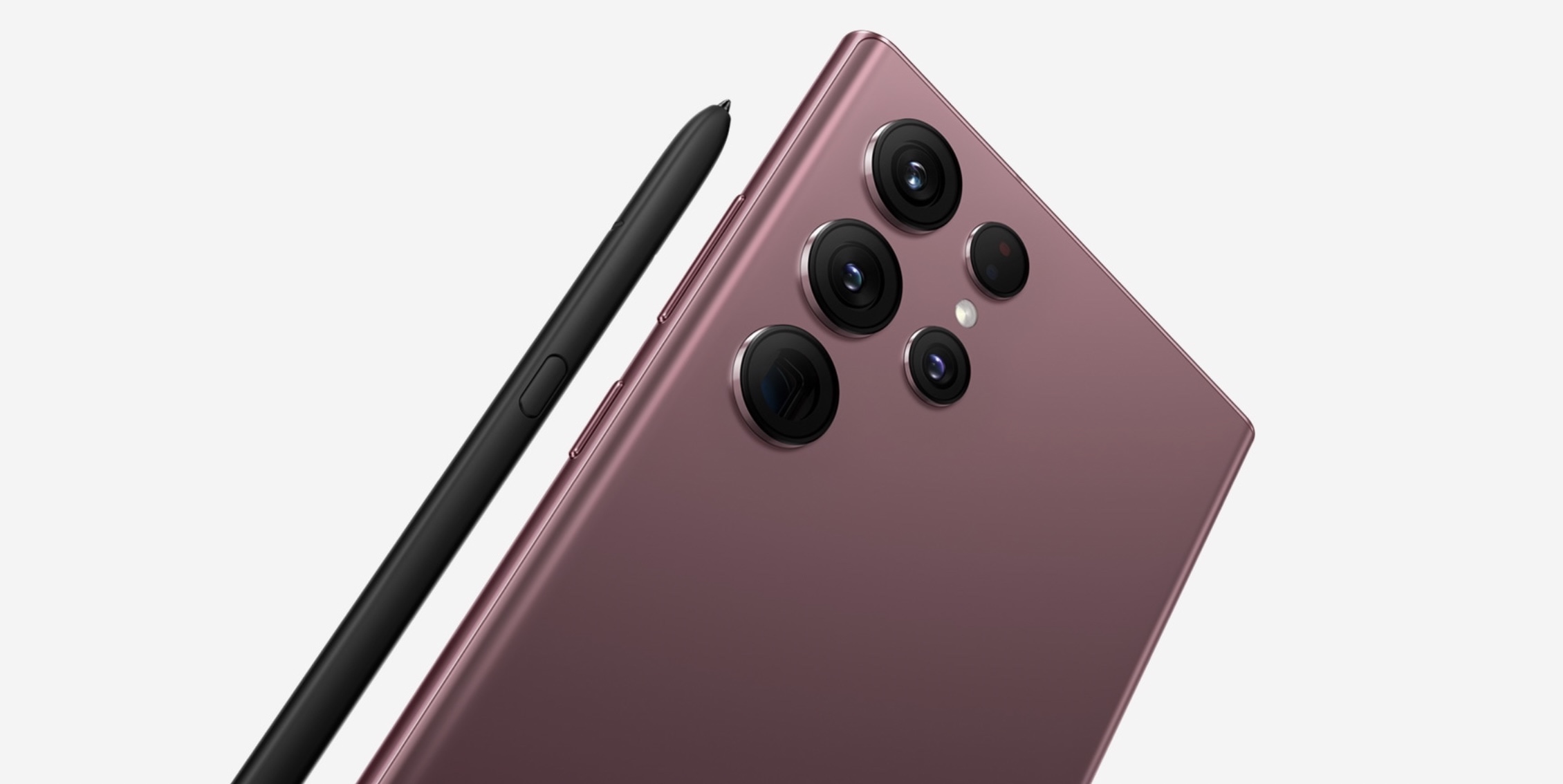 For years, Samsung had a successful formula that worked wonderfully well. It involved releasing the S range of smartphones at the start of the year and the Note range towards the end. While the former would be a showcase of all its best technologies, especially its advanced cameras, the latter would allow people to enjoy those same technologies along with the brilliance of using the S Pen. This year, with the launch of the Galaxy S22 Ultra, both these philosophies have been blended into one.

Samsung has combined the best features from both these series and included them on its latest flagship to ensure that Galaxy S22 Ultra is an ideal phone for everyone. Samsung Galaxy S22 Ultra comes with industry-leading hardware, both in terms of optics and processing, that will spoil you with unparalleled experiences. The quad-camera setup on the phone, headlined by a 108MP primary sensor, offers an array of different sensor types that allow you to click images with an unprecedented degree of freedom.

In addition, you get a built-in S Pen that lets you annotate or digitally sign on the go. The 2.8ms latency and the 0.7mm pen tip diameter means that both your notes and signature will be as accurate as they would be with an actual pen. Now, this is what we call a match made in heaven.

Rules of creation – the mighty S Pen makes an appearance 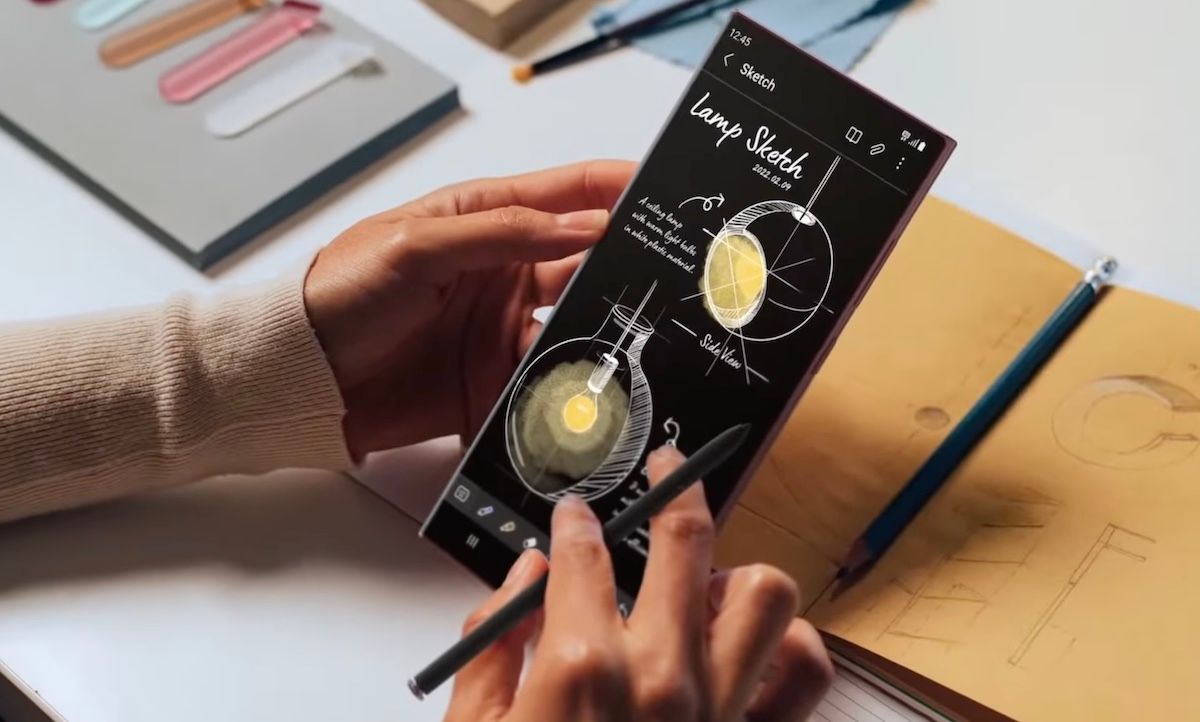 Starting with the biggest talking point about the Samsung Galaxy S22 Ultra, the addition of the integrated S Pen means that the premium offering from the Galaxy S Series now comes with the best productivity tool in the industry. Whether it is taking notes or signing crucial documents, there is no better alternative in the market than the S Pen. With the pen tip diameter of 0.7mm and pressure levels at 4096, the S Pen helps you write or draw with immaculate precision and ease. The S Pen also comes with a dramatically reduced latency at just 2.8ms. To give you an idea of the improvement, this is 70 percent lower than the latency offered by the S Pen tagged along with the Galaxy Note20 series.

With IP68 dust and water resistance, you can stay stress-free even if the S Pen (or the phone) gets a splash of water occasionally. Just like the Galaxy Note series, the S Pen has a dedicated slot in the Galaxy S22 Ultra, so you won’t have to worry about misplacing it after use. This means there will no longer be any barrier between the artist and the art. You can use the S Pen to create unprecedented works of art or use it for office work on the go. With S Pen, there will be no limit to your productivity and creativity. 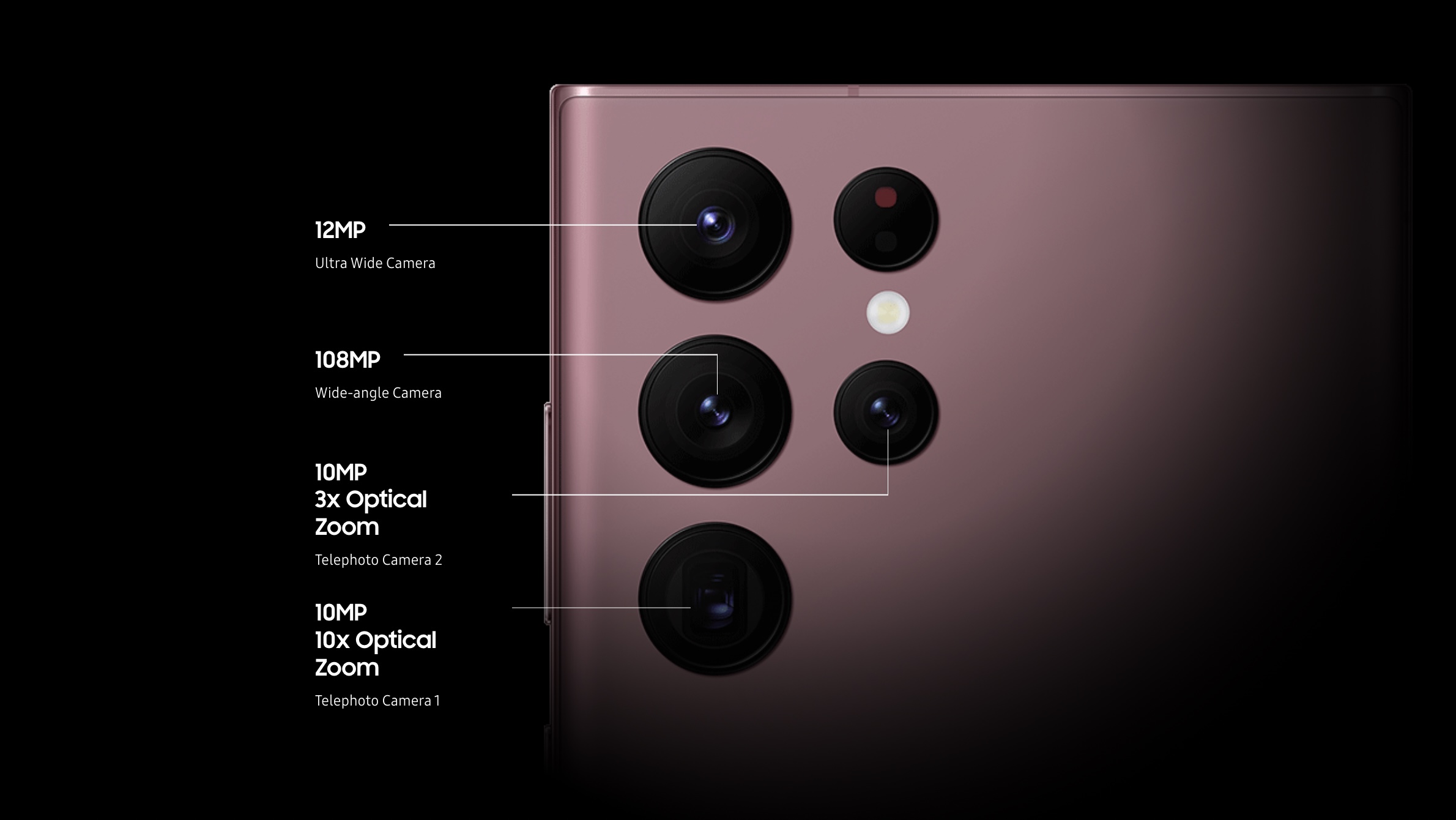 For its new flagship, Samsung has worked from the ground up on the hardware and software features offered by the Pro-grade camera on the Galaxy S22 Ultra. The handset comes with one of the most remarkable innovations in low-light photography. While low-light photography and videography have traditionally worked as kryptonite for most premium-end phones, the Samsung Galaxy S22 Ultra wishes to change that with Nightography. Instead of being just one thing, Nightography is a set of hardware and software level enhancements aimed at improving low-light photography and videography. 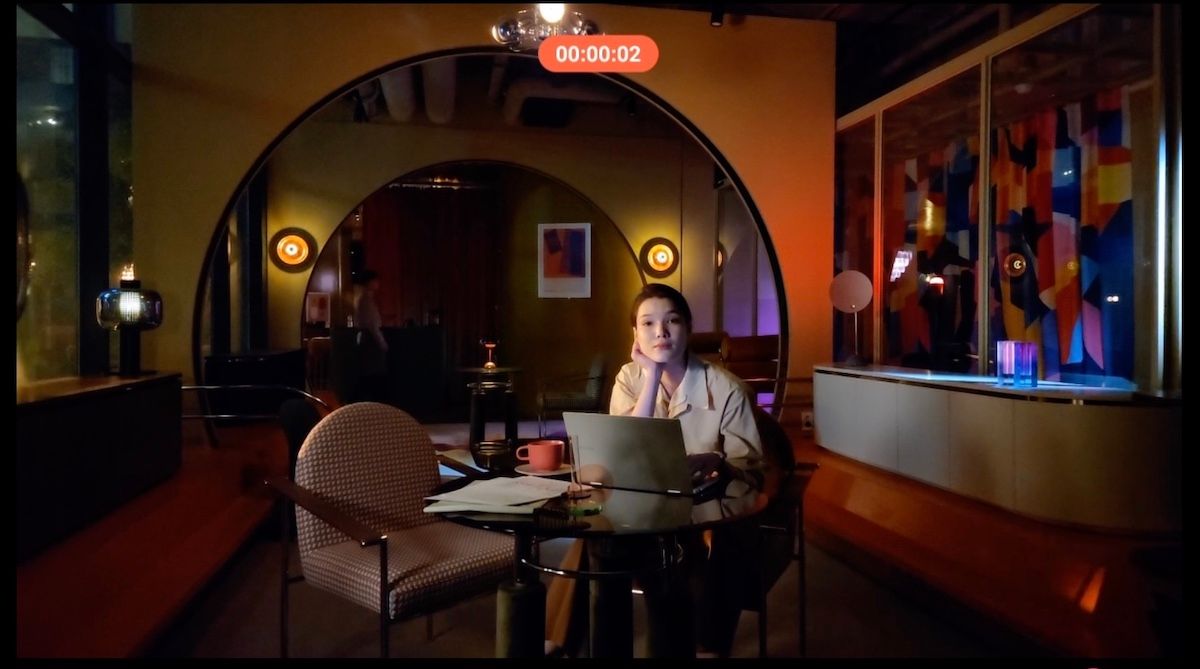 Galaxy S22 Ultra packs a 108MP high-resolution primary camera with the company’s biggest pixel sensor yet. The primary sensor can detect low lighting and meld its megapixels to increase the size. The resulting 2.4μm pixels pull in a lot of light to produce better images and minimise noise. On top of all this, the Super Clear Glass and lens tone down lens flare for clear, bright frames. Nightography also enables a new feature called Super Night Solution. It uses the phone’s NPU chip and refined AI algorithm to take multiple shots and combines the best ones into the final image. And it does that while identifying the shape of the subject to enhance its shape, colour, and details accordingly. Hence, Nightography also works exceptionally well for portrait shots. 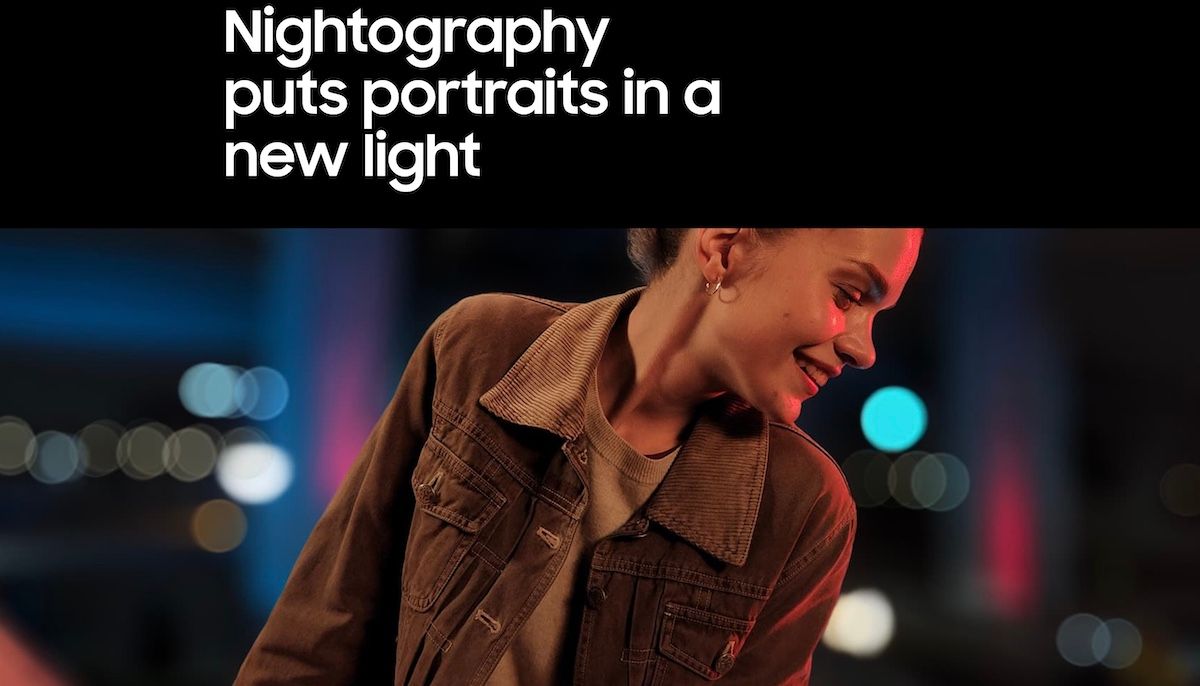 Nightography has a few video-specific tricks as well. You may have noticed that regular low-light videos are often a blurry mess. That’s mainly because the camera is forced to slow down its shutter speed to get enough light on the lens. To solve this issue, the Samsung Galaxy S22 Ultra uses dual track video stabilisation that combines OIS and VDIS to deliver sharp and clear videos. The camera also automatically changes frame rates between different FPS to let in more light, so you get brighter videos even in log light conditions. Seeing such exceptional low light performance, Nightography does seem to be breaking the rules of light. 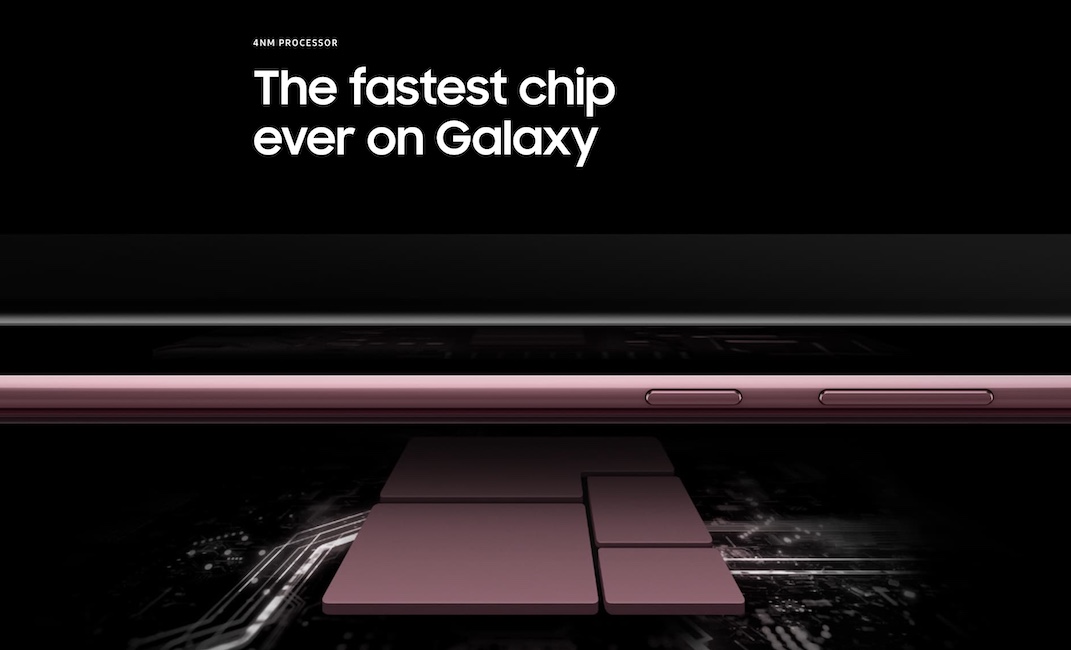 With Galaxy S22 Ultra, Samsung is breaking the rules when it comes to processing power, as the phone is launching with the next-gen 4nm processor. The new 4nm chipset represents a bold new step into the next generation of smartphone silicone. Not only does it bring the immense power needed for tackling the most demanding tasks and games, but it also does all that with new levels of battery optimisation. It also comes with AI-enhanced camera capabilities, enhanced security, and more. Together with up to 1TB of UFS 3.1 storage and 12GB of RAM, the phone brings top-notch performance every step of the way.

Rules of time – beyond all-day battery

Samsung Galaxy S22 Ultra houses a 5,000mAh battery, which in itself is an impressive capacity, but thanks to Enhanced AI, the phone manages to last beyond a day with ease in regular use. With the improved battery optimisation, the phone delivers on the performance front without sacrificing battery life. Not just that, in addition to this optimisation, the phone also supports up to 45W Super Fast charging. So, you will not only have to charge the Galaxy S22 Ultra less frequently but also for a lesser duration than ever before. With ample battery backup available, Galaxy S22 Ultra can even be used to wirelessly charge your earbuds and other devices using its Wireless PowerShare feature.

It won’t be an overstatement to say that the Samsung Galaxy S22 Ultra signals a paradigm shift in the smartphone space. It’s a device that will force the competition to take note and try and up their game in every department. You will be hard-pressed to find a better overall smartphone package in the market than Galaxy S22 Ultra.

This performance beast is priced starting at Rs 109,999 and its brilliance can be yours on day one if you pre-reserve it right now via Samsung’s official website for only Rs 1,999.