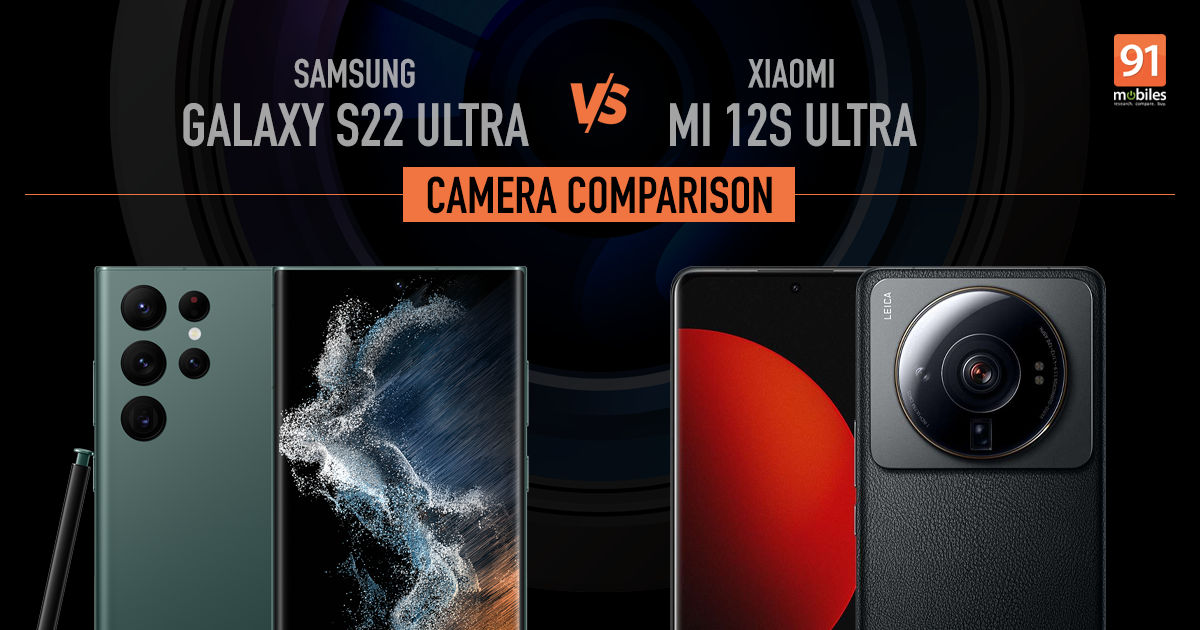 I’ve been using the Samsung Galaxy S22 Ultra (review) since the device launched in India back in January. While I do have some qualms with the phone, the handset’s cameras are in a league of their own. So much so, the smartphone’s camera setup casts a tall shadow over other high-end Androids, the likes of which include the OnePlus 10 Pro (review), the Vivo X80 Pro (review) and the Xiaomi 12 Pro (review). With the year coming to an end, I had all but written off other OEMs to compete with the S22 Ultra in the photography and videography department. 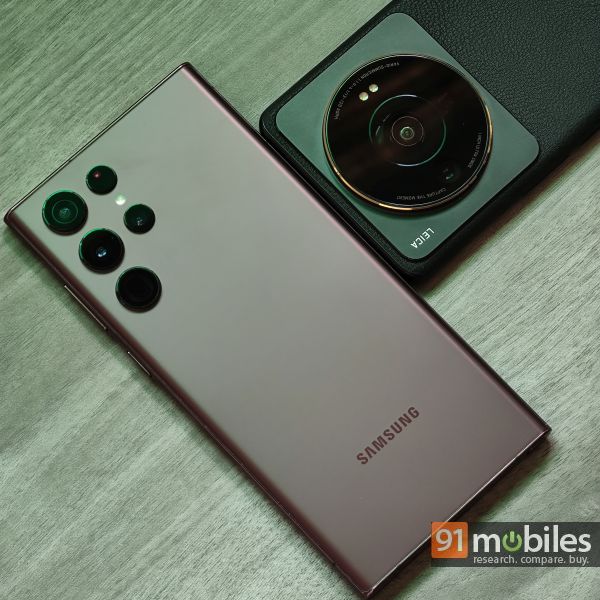 But, Xiaomi still has some tricks up its sleeves and the brand recently announced the 12S Ultra in its home country. For the uninitiated, the smartphone’s camera array has been co-engineered with Leica and the device features a ginormous 1-inch primary sensor that works alongside a beefy telephoto and ultrawide imaging lens. I managed to get my hands on a unit and decided to pit the phone against the S22 Ultra to see if it can replace Samsung’s offering as my go-to camera phone for 2022. Let’s find out.

Let’s kick things off by taking a closer look at the HDR photos snapped by the two phones. Do note that Xiaomi allows buyers to use one of two different colour profiles, namely Leica Vibrant and Leica Authentic. I stuck with the Authentic colour palette for my testing as it captured the essence of a scene slightly better. In fact, both the colour profiles tend to favour a contrast-heavy look, however, you can somewhat mitigate the superfluous vibrancy in the frame by opting for the Leica Authentic colour palette. 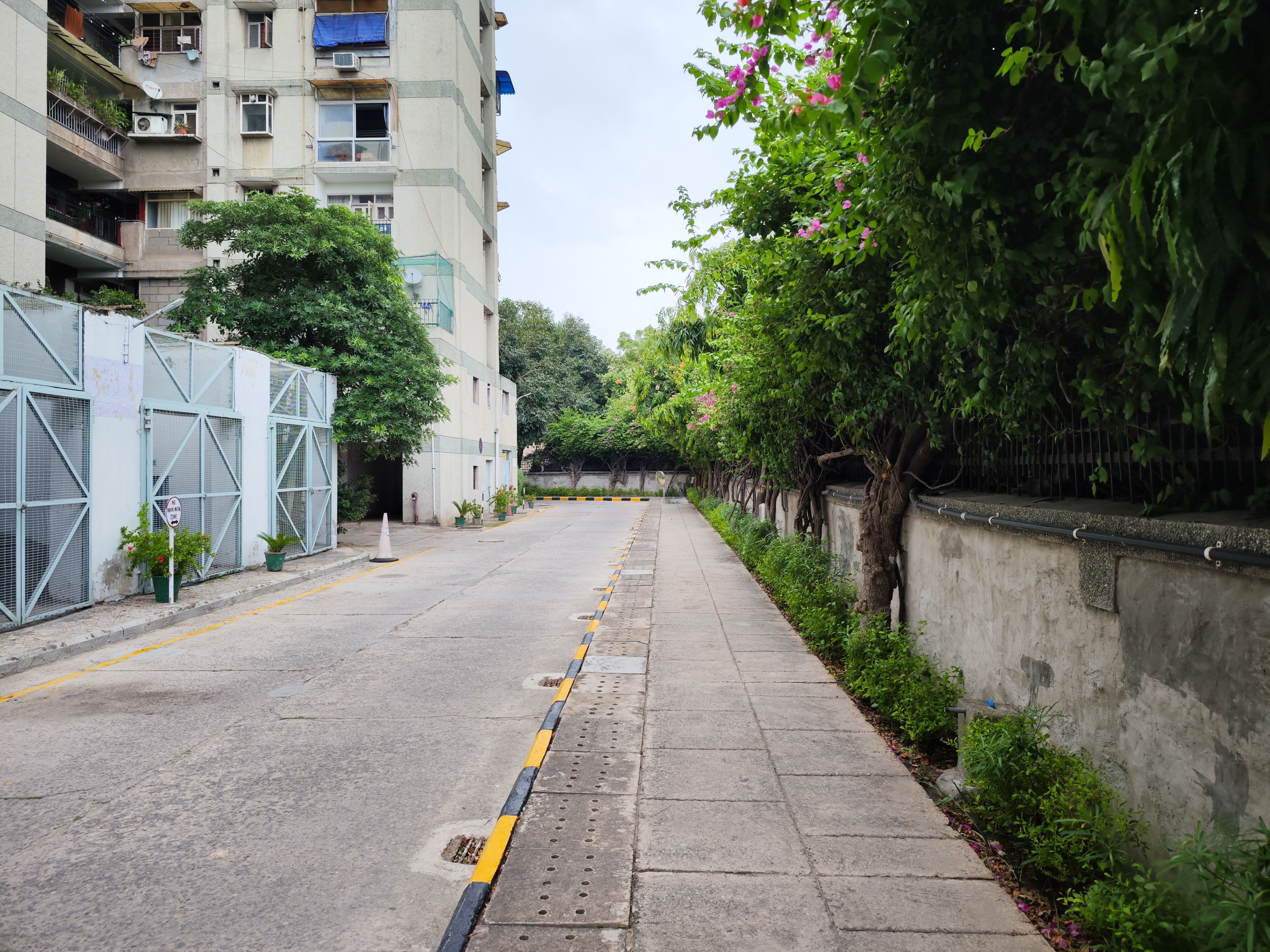 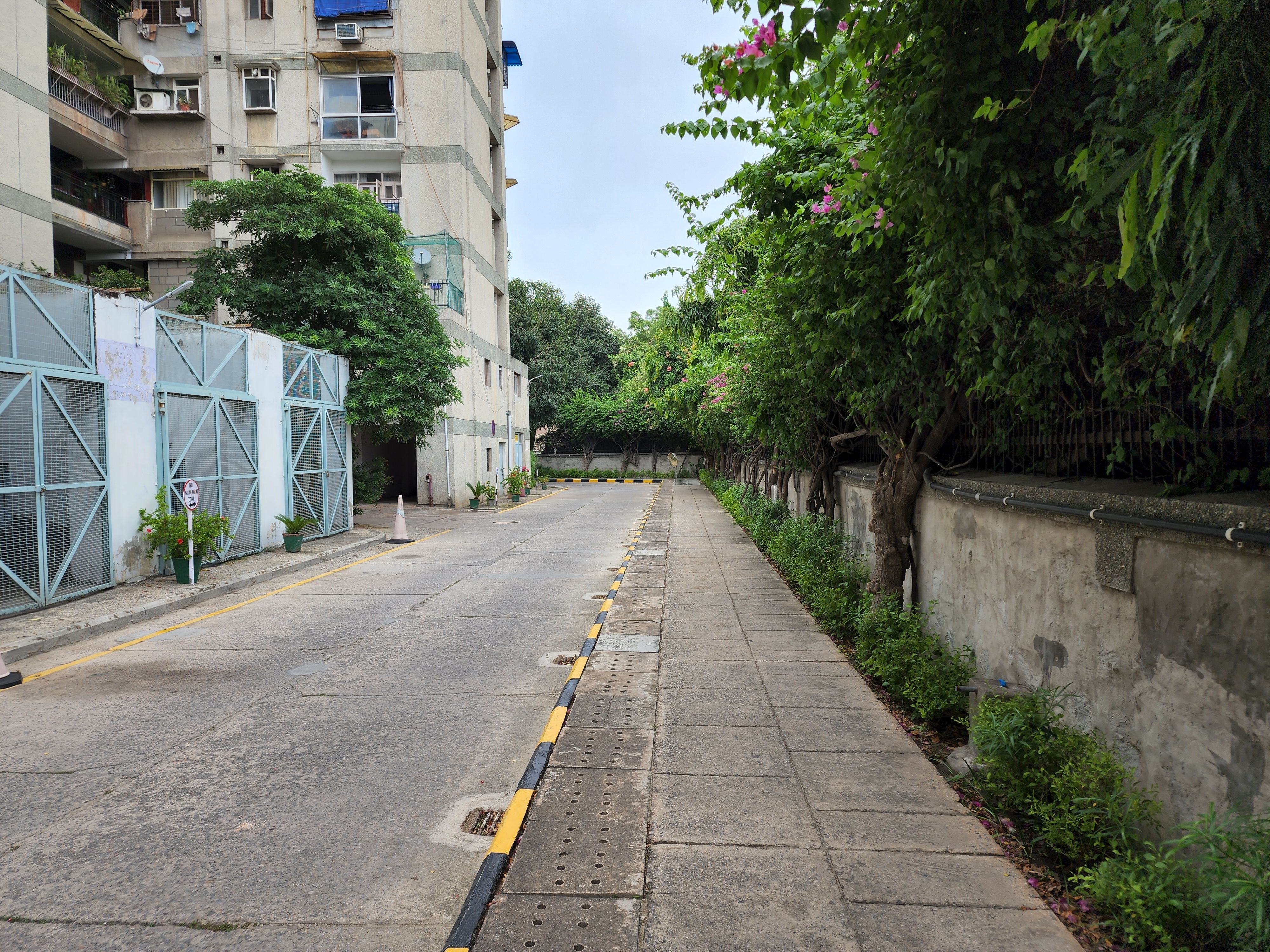 With the tech-lingo out of the way, let’s take a closer look at some pixel-binned images from the two phones. Now, as prefaced previously, Xiaomi’s offering tends to darken the shadows to make the scene pop. For instance, in the slider attached above, you’ll notice that the grating on top of the stone fence appears oddly darkened in the 12S Ultra’s snap. That said, the handset’s sensor managed to squeeze a ton more detail out of the scene too. In fact, at a closer crop, the convex mirror, as well as the trees overlooking it appear more pleasing in Xiaomi’s photo. On the other hand, the same elements appear a tad oversharpened in the S22 Ultra’s snap. 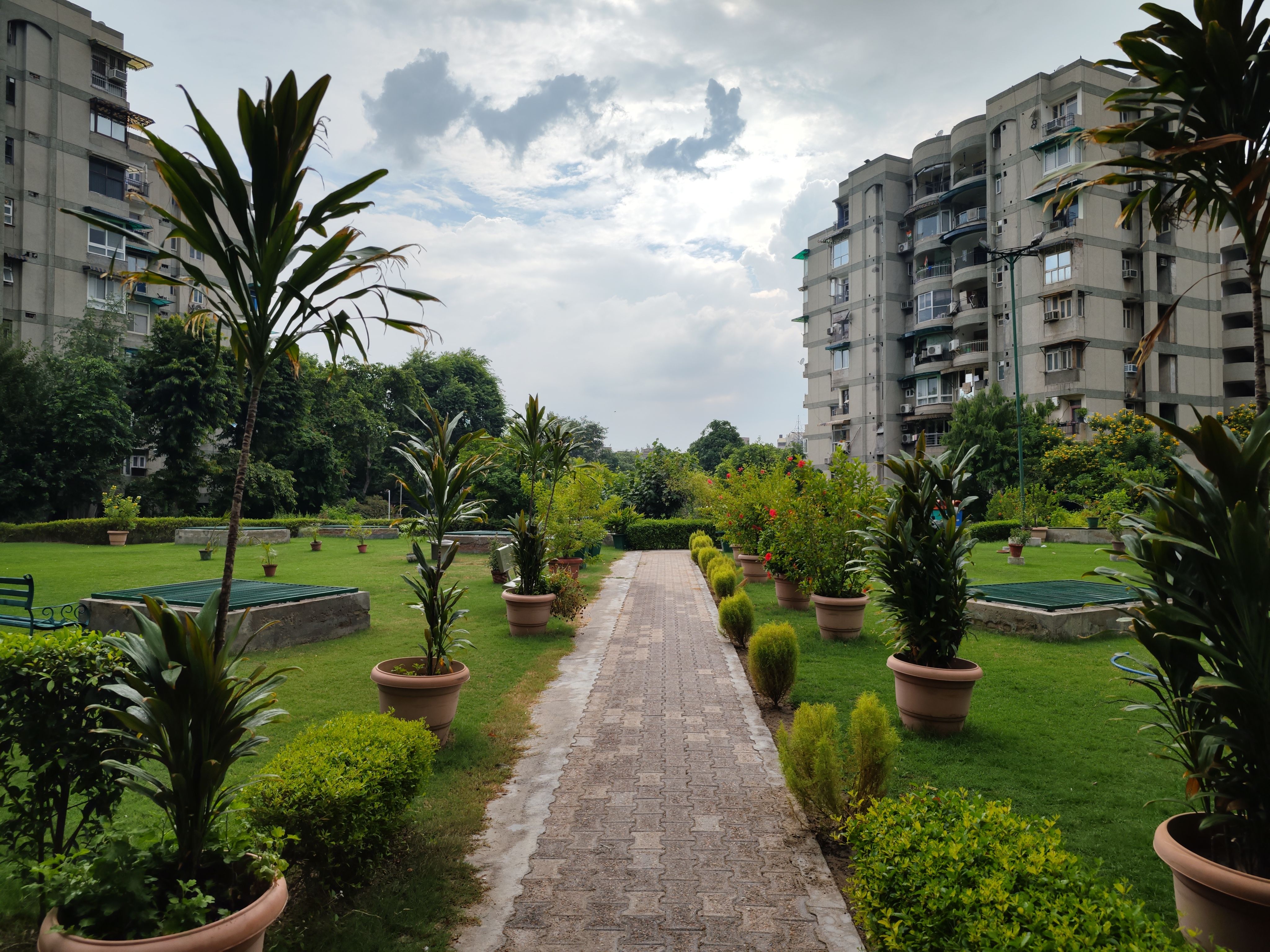 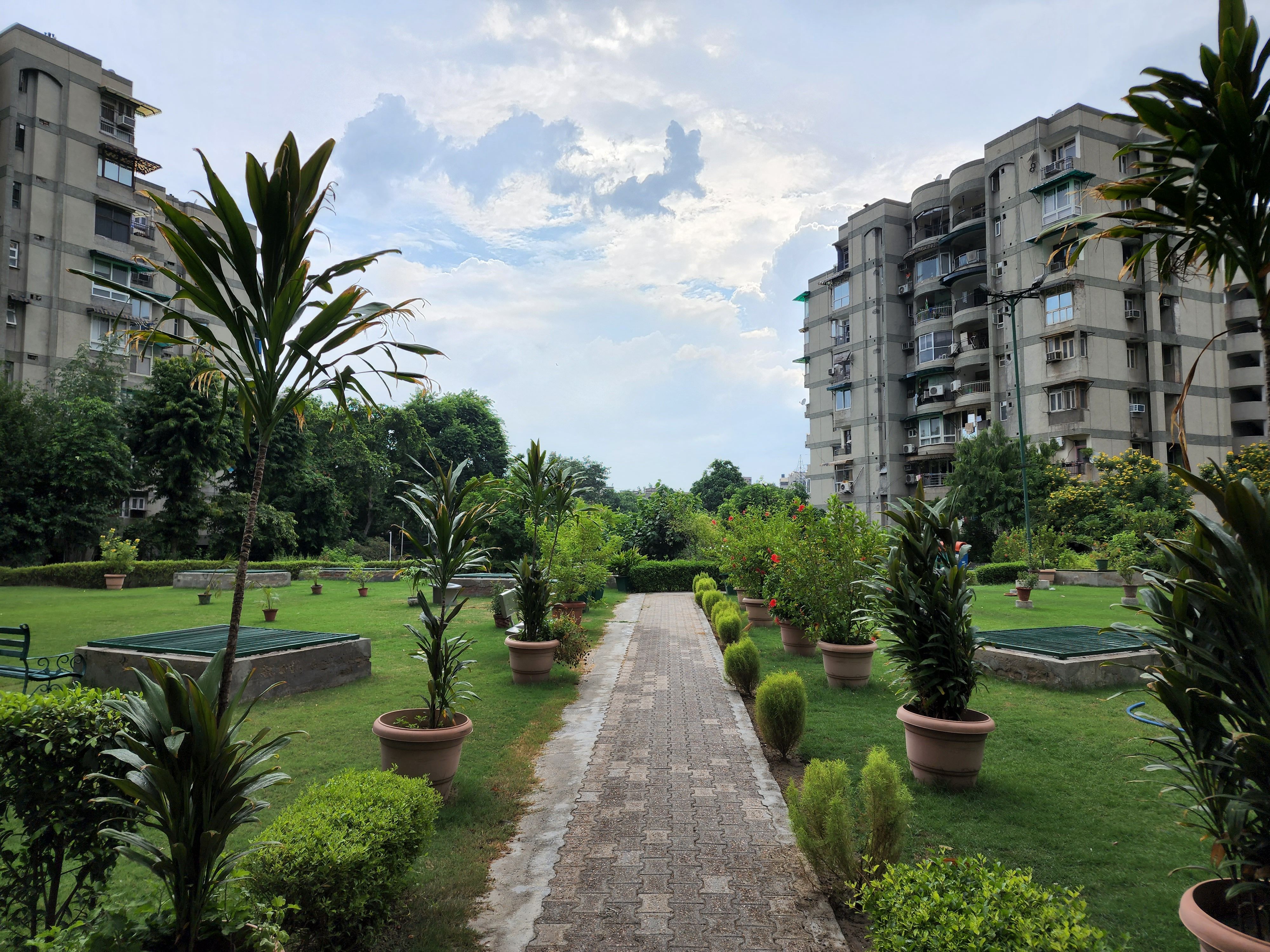 Here’s another example which substantiates my findings further. In the slider attached above, you’ll notice that the shadows appear a bit too dark in the 12S Ultra’s snap. The same is evident if you look at the leaves of the shrubs in the foreground, which retain their green colour in the S22 Ultra’s snap albeit appear oddly darkened in the 12S Ultra’s photos. That said, the 12S Ultra has not only retained better sharpness around the centre of the frame, but the device’s composition does justice to objects positioned around the edges as well. The S22 Ultra, on the other hand, has introduced a ton of noise towards the periphery of the frame. The flower pot with yellow flowers, for instance, appears hazy in the S22 Ultra’s photo. On the flip side, the flower pot appears adequately structured in the 12S Ultra’s snap. 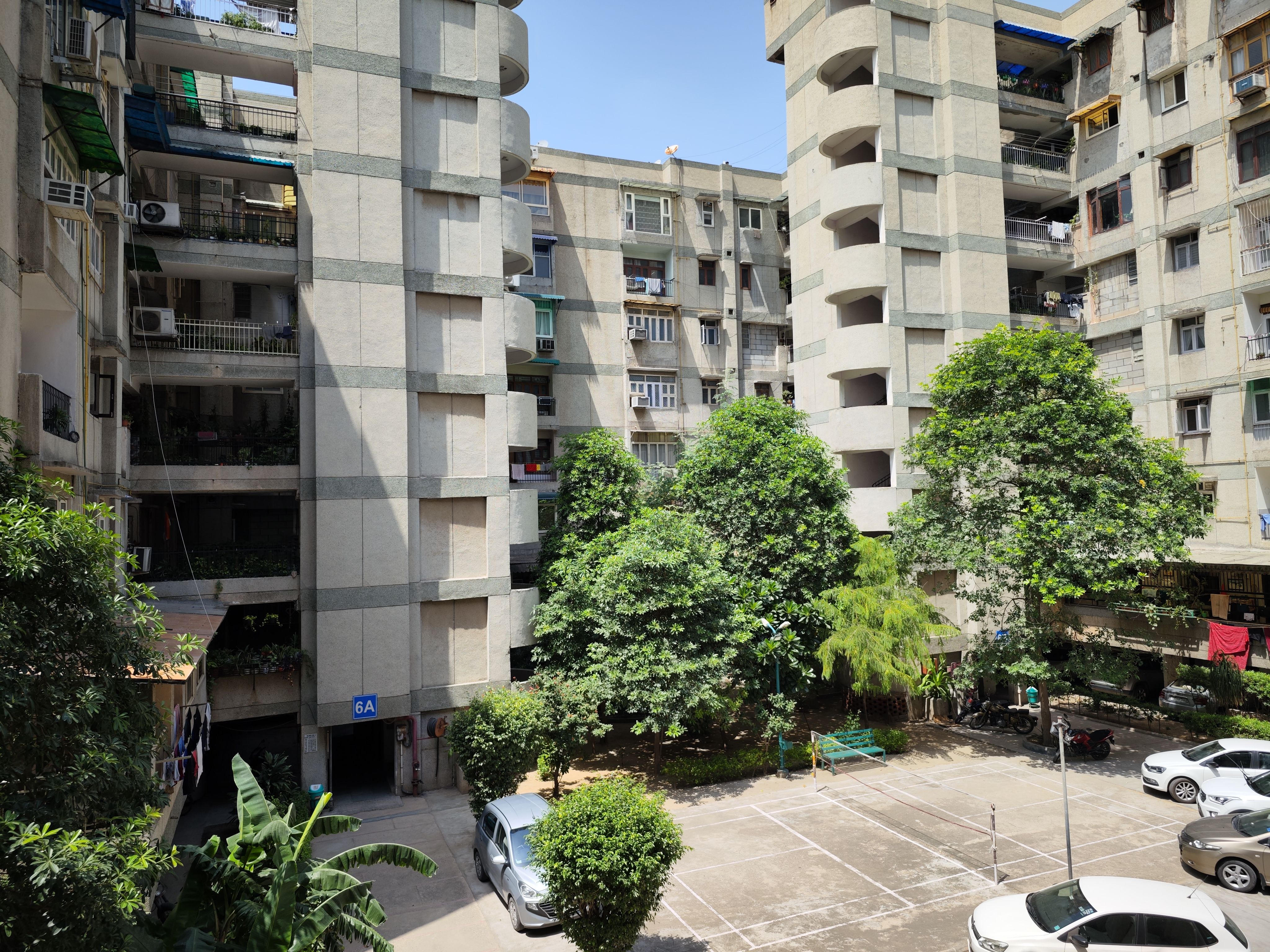 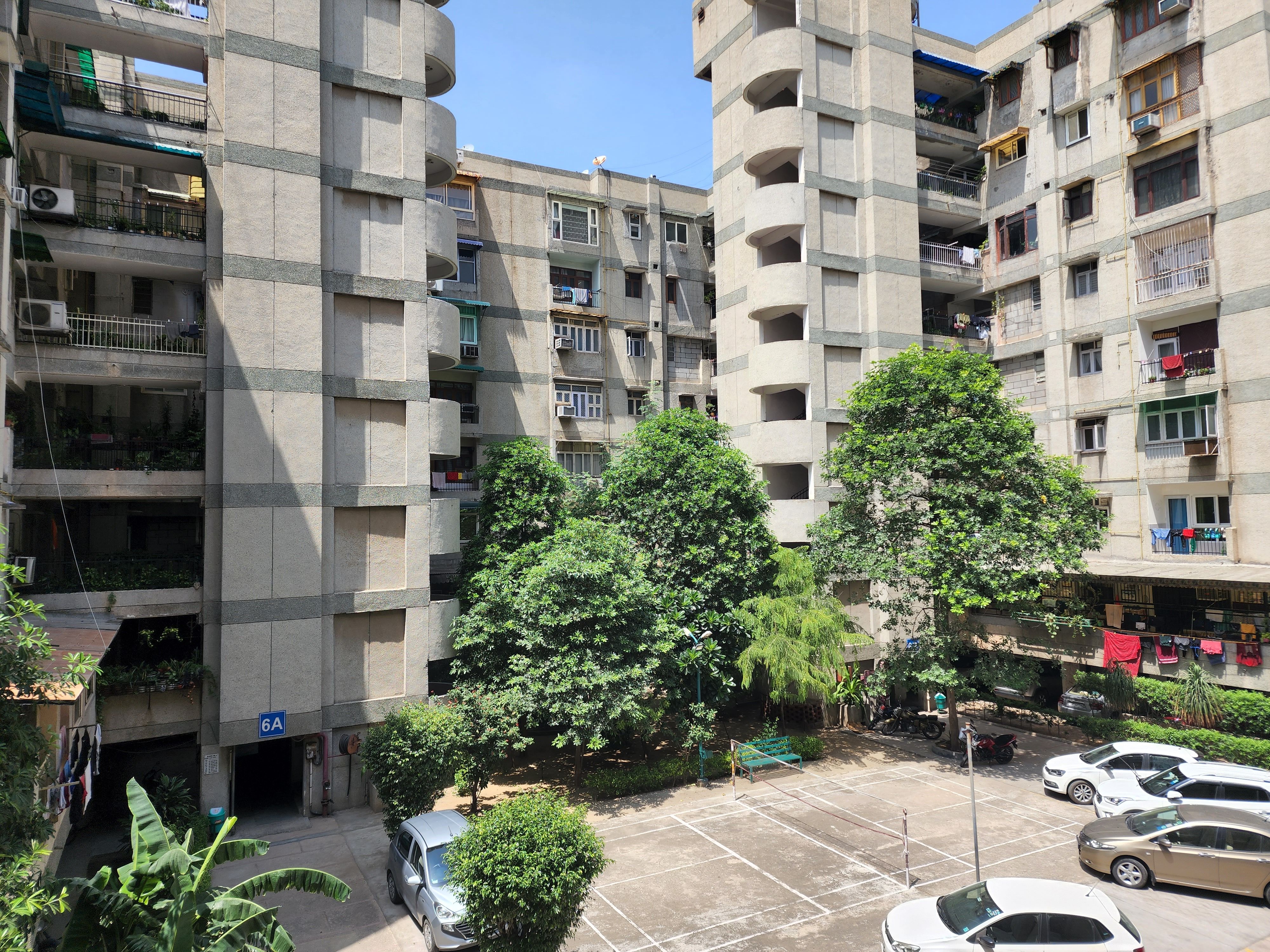 Let’s take a look at one more example before wrapping up this section. In the slider attached above, you’ll notice that in a bid to properly expose the darkened bits of the frame, the S22 Ultra has introduced a lot of noise towards the left-hand side of the composition. While you can somewhat make out the objects positioned there, the image is flush with noise. The 12S Ultra, on the other hand, has darkened the shadows even more, thereby reducing the visibility of the scene. But, the handset has delivered a sharper image which is void of any noise around the edges. What’s more, the objects positioned towards the centre (the brown Royal Enfield, for instance) appear more detailed as well.

The Xiaomi 12S Ultra ships with a 48MP ultrawide angle sensor which offers a 128-degree field of view. The S22 Ultra, on the other hand, makes use of a 12MP ultrawide snapper with a 120-degree FoV. Unsurprisingly, the 12S Ultra can snap slightly sharper images with a marginally better focus around the centre of the frame. 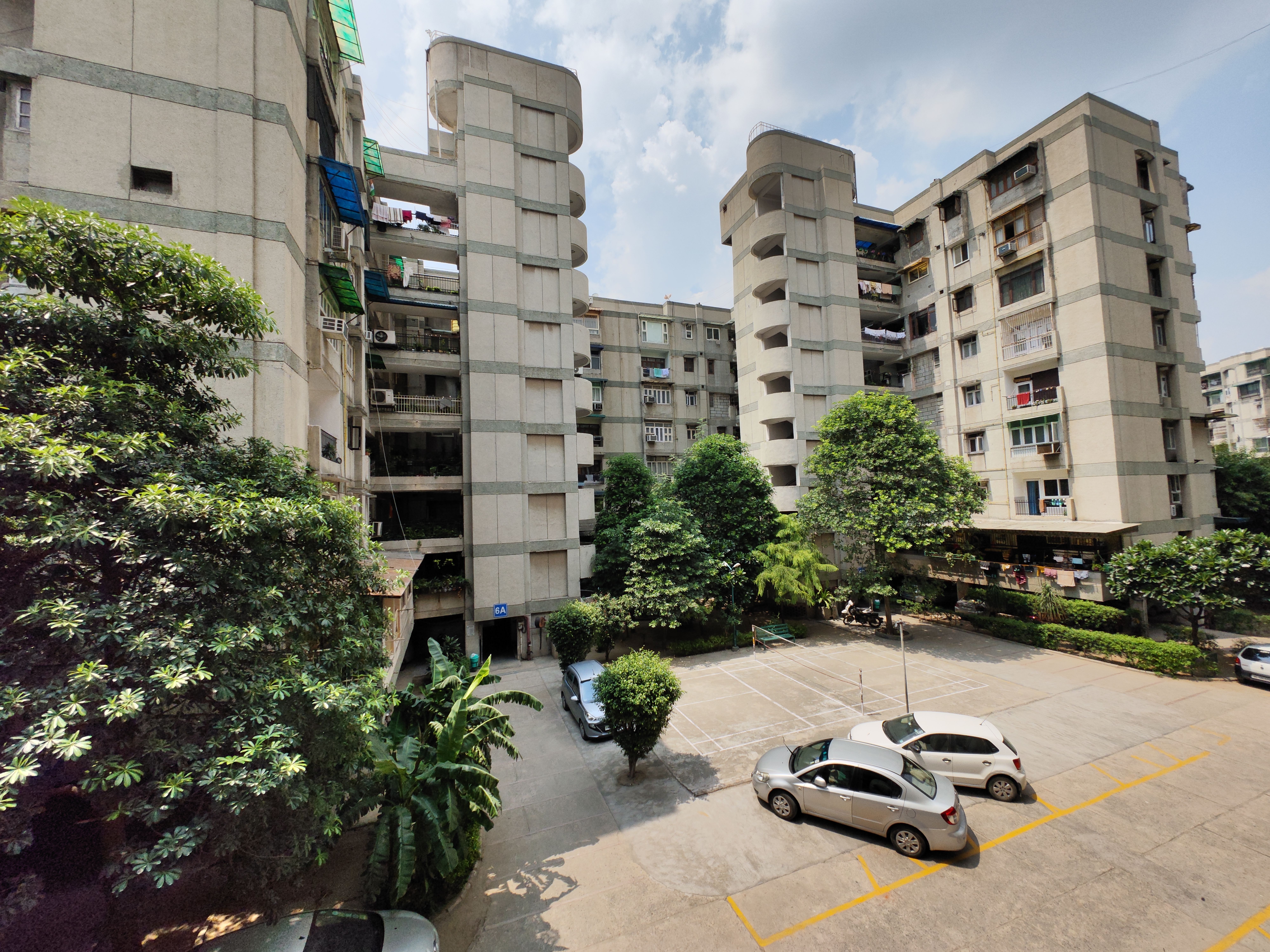 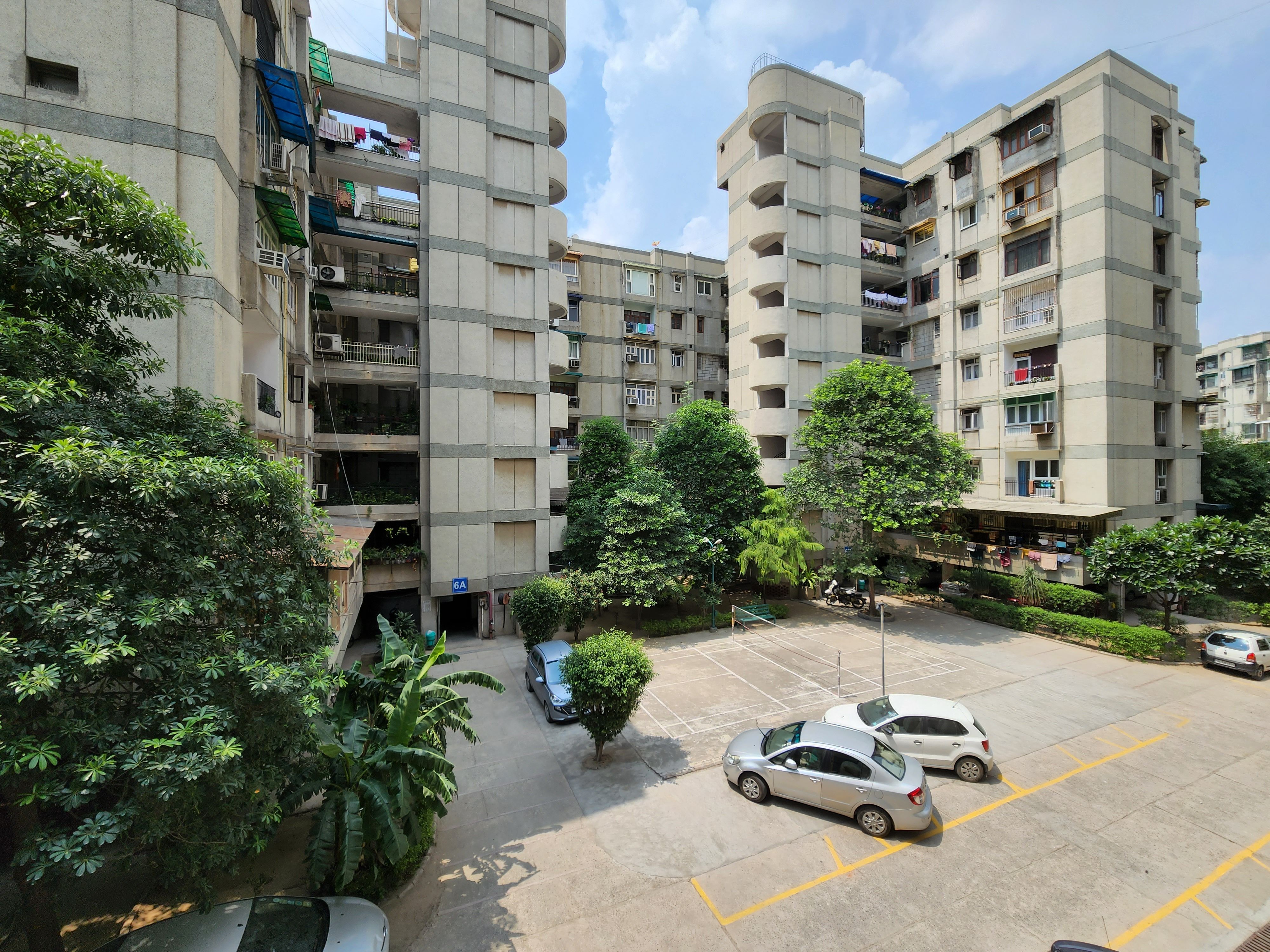 That being said, the S22 Ultra’s snaps offer oodles of details as well. What’s more, the corner sharpness in the photos is on par with one another as well. But, all things considered, the 12S Ultra has the S22 Ultra beat as far as wide angle snaps are concerned.

I have stuck with Samsung’s S-series flagships for almost three years, primarily because I couldn’t find a reasonable alternative with better zoom cameras. And, as luck would have it, the 12S Ultra can’t hold a candle to the S22 Ultra in the zoom department either. For the uninitiated, the 12S Ultra features a 48MP Telephoto sensor that offers a 5x optical zoom and up to 120x digital zoom. The S22 Ultra, on the other hand, ships with two telephoto sensors that offer 3x and 10x optical zoom capabilities respectively. The handset can also click images of objects positioned far away by utilising the company’s 100x space zoom feature. 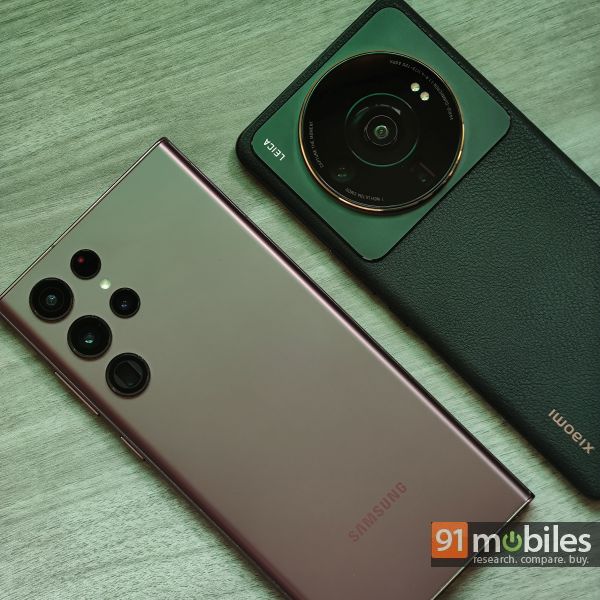 Understandably, both phones offer slightly different zoom capabilities. That said, Samsung managed to oust Xiaomi’s offering in the Chinese giant’s domain too. To wit, the S22 Ultra snapped better images at 5x zoom as well. Do note that, unlike Xiaomi’s offering, the S22 Ultra had to rely on hybrid zoom tech to click images at 5x zoom. Correspondingly, the device had to employ a mix of hardware and software smarts, as opposed to the 12S Ultra, which could optically zoom in to achieve the desired result. 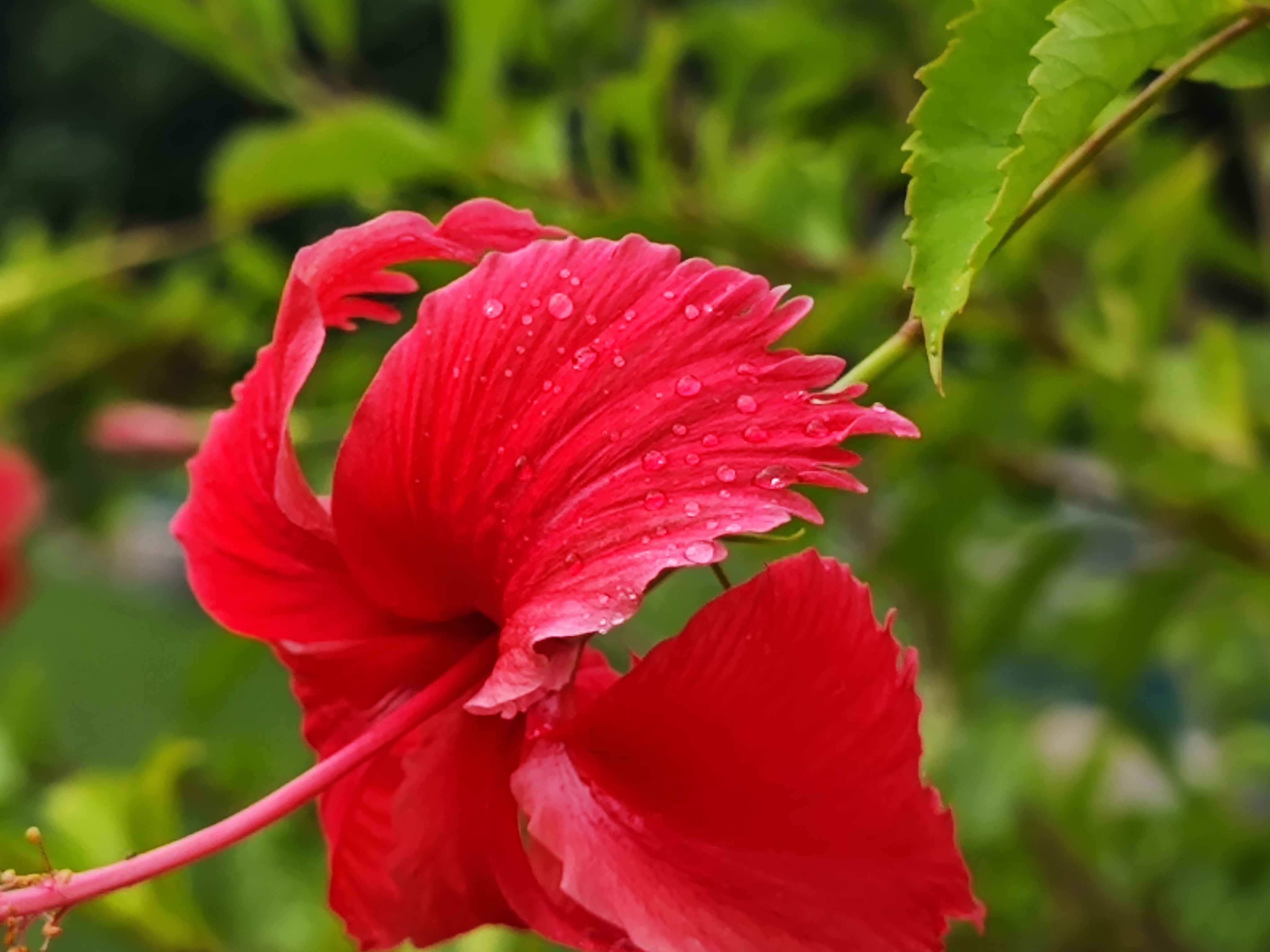 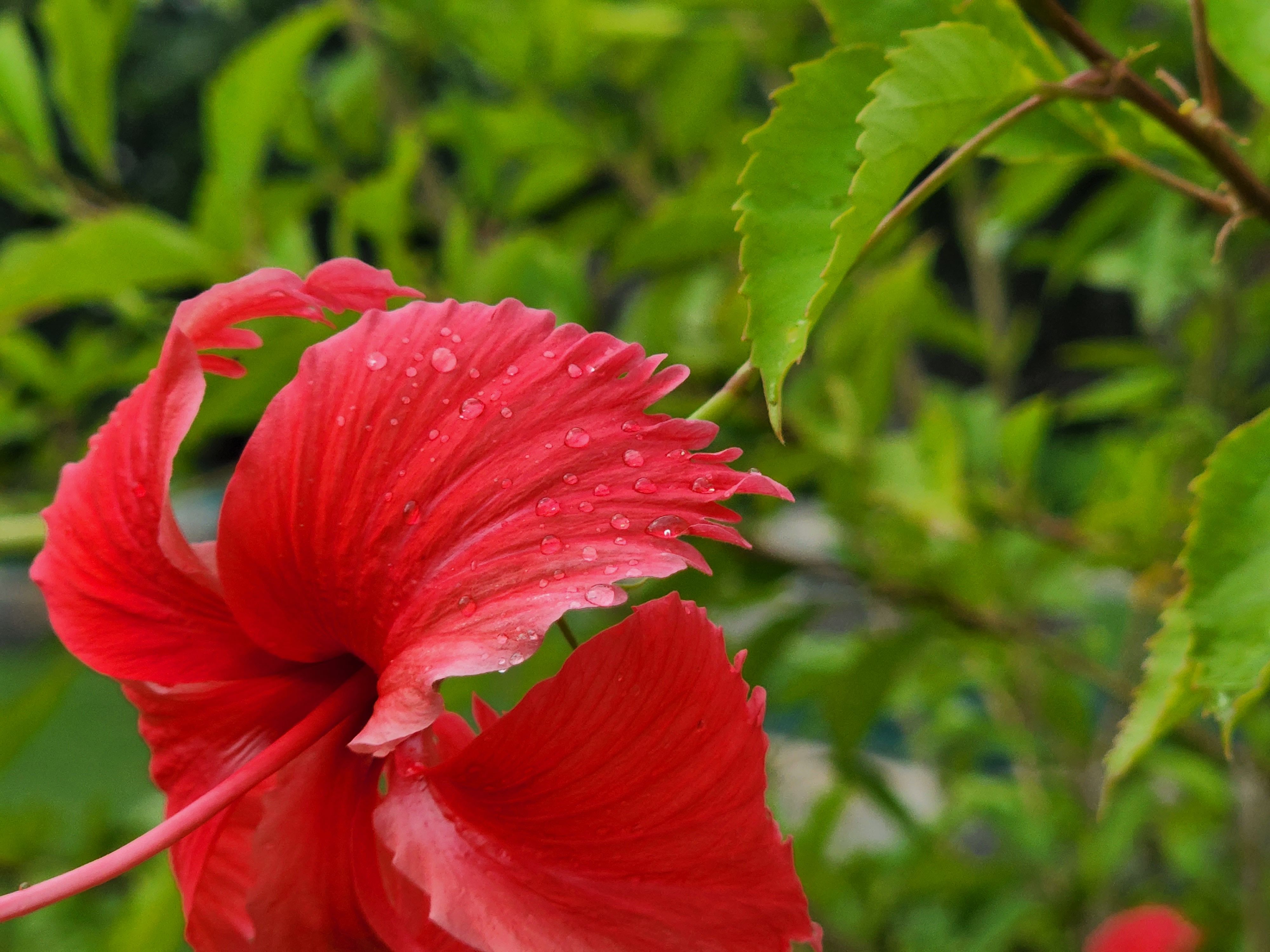 Be that as it may, images snapped at 5x zoom appear more pleasing through the S22 Ultra’s lenses. Take the snap of the flower attached above wherein, you’ll notice that the dew on the petals appears sharper in Samsung’s snap. 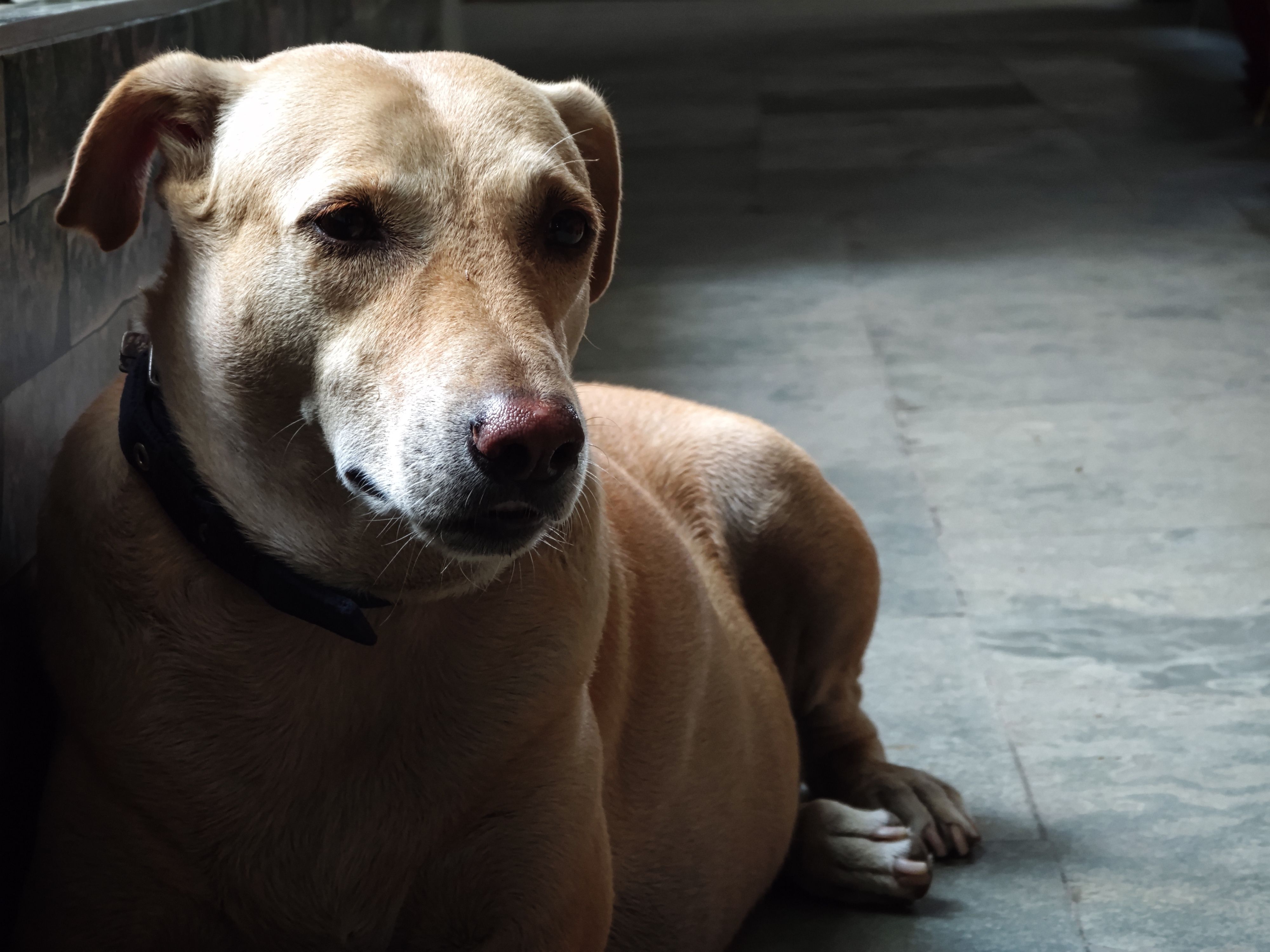 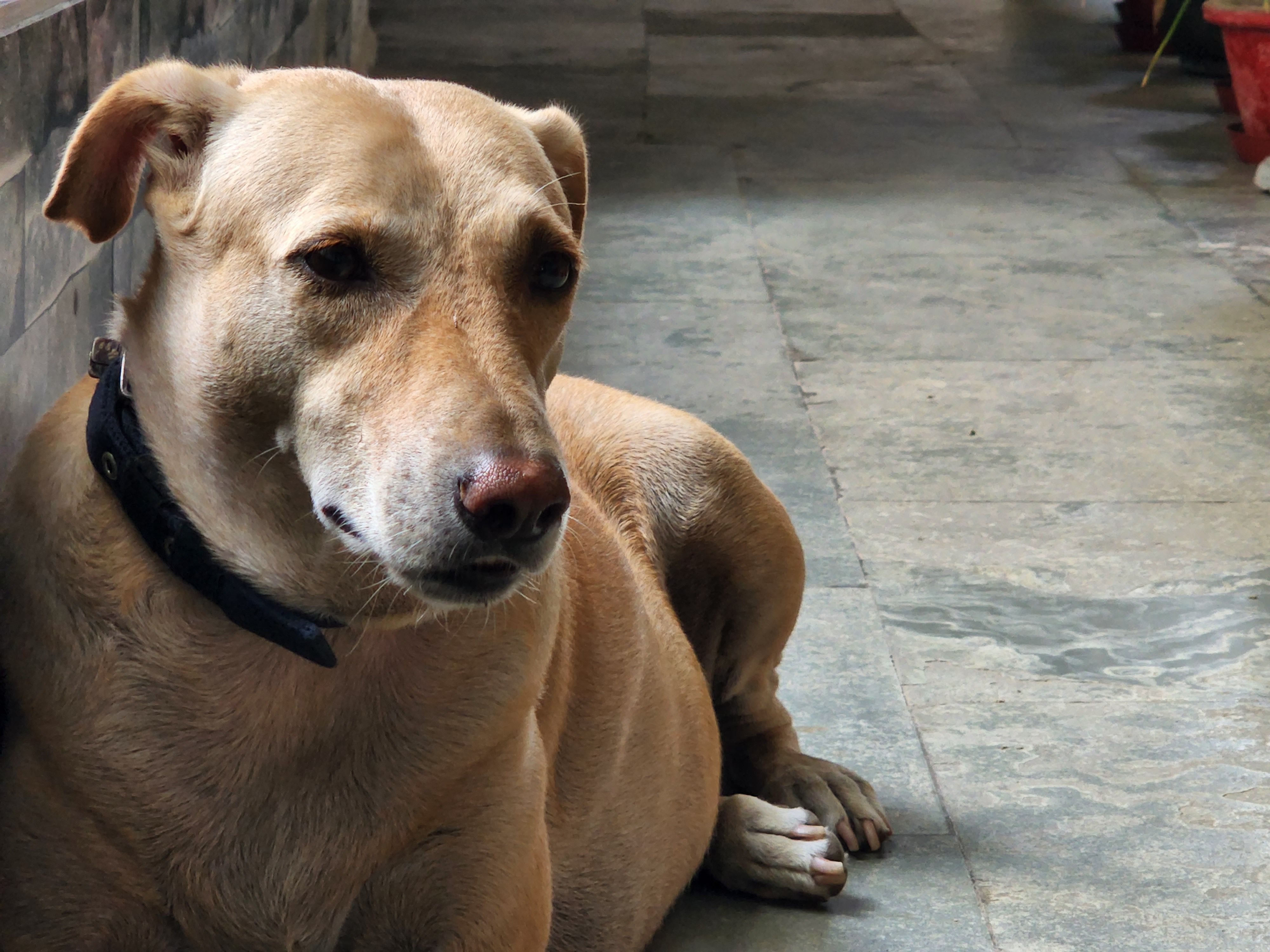 That’s not all as Lucy’s fur appears more realistic in the next comparison shot as well. In fact, the Xiaomi 12S Ultra has darkened the bits around the dog’s nose and eyes and as such, the composition leaves a lot to be desired. 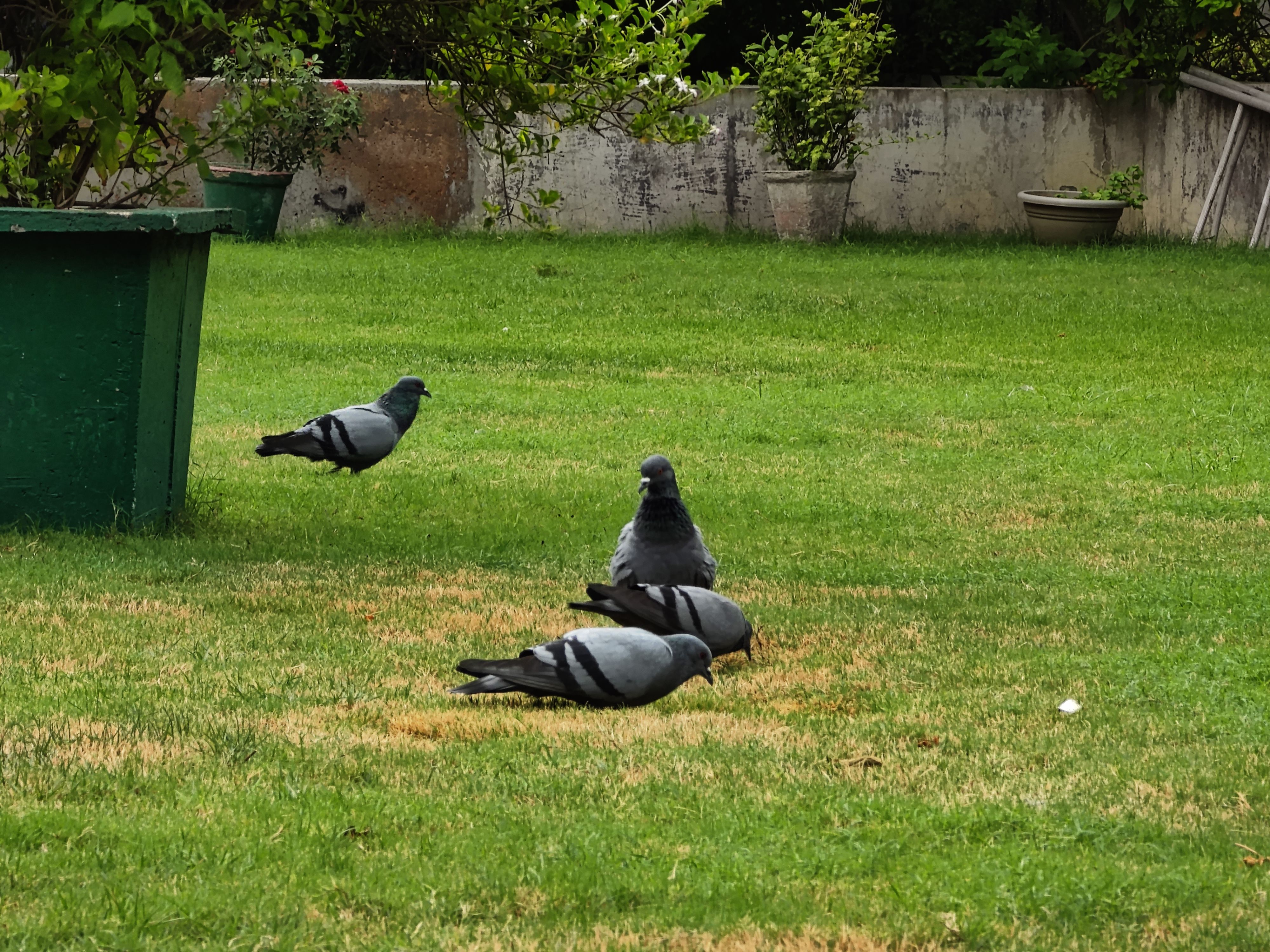 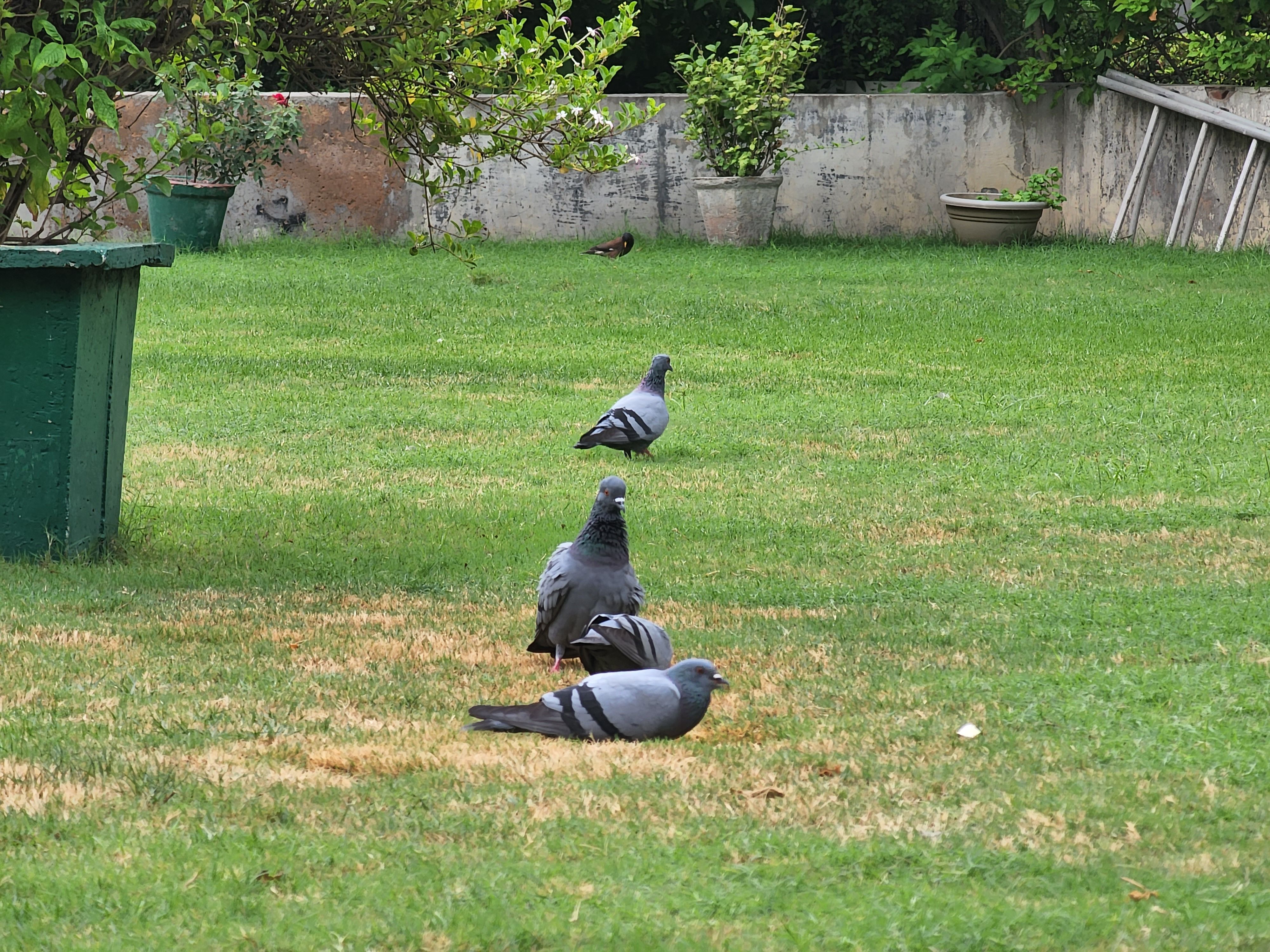 What’s more, the output from the 12S Ultra falters if you increase the zoom beyond 5x on the phone. As an example, in the slider attached above, the pigeons appear more detailed and sharp in the S22 Ultra’s 10x snap. The Xiaomi 12S Ultra’s 10x photo, on the other hand, appears grossly oversharpened. 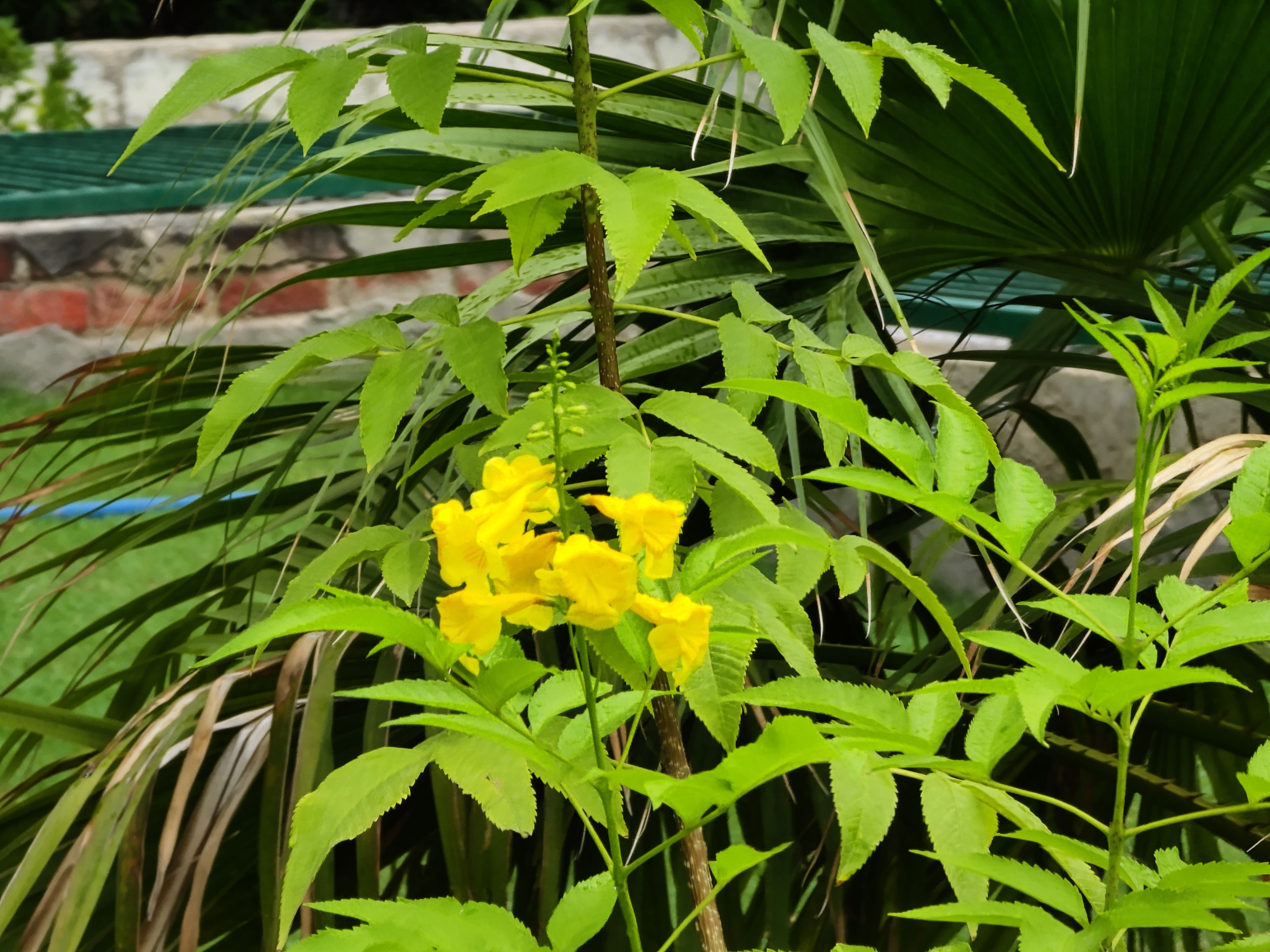 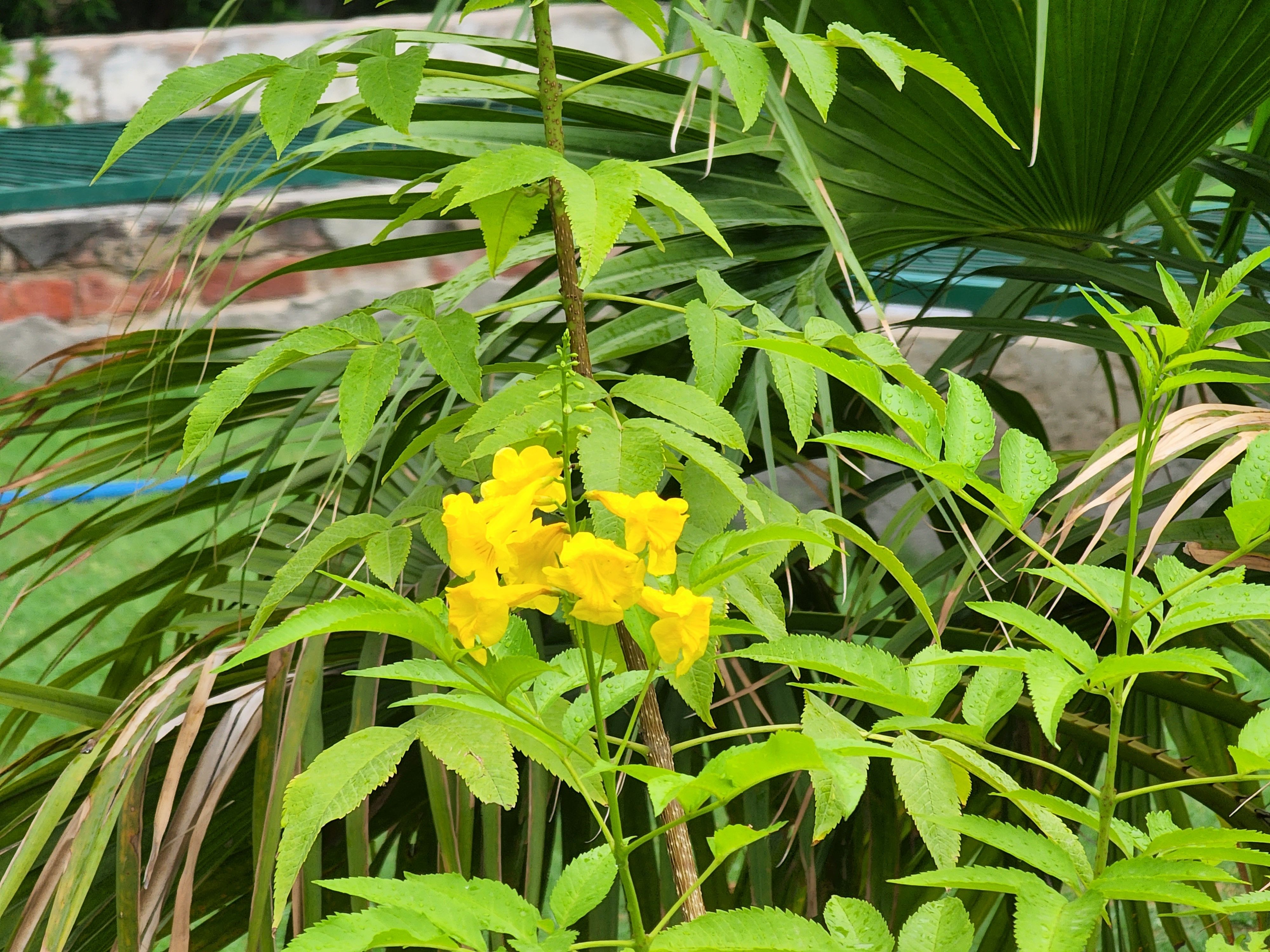 The same is true for the 10x snap of the yellow flower as well and here, the 12S Ultra’s image has noticeably lesser details around the leaves and the petals than the S22 Ultra’s photo. I should also add that the viewfinder remains superbly stable when clicking photos at high zoom levels on the S22 Ultra, which is not the case with the Xiaomi 12S Ultra. Moving on, I didn’t find any use for the 100x and 120x zoom feature on the S22 Ultra and the 12S Ultra respectively. But, on the off chance you want to flaunt the tech, you’ll find the S22 Ultra’s snap more to your liking – the viewfinder remains stable and the overall output is sharper as well.

The scenery remains unchanged when clicking images of human subjects from the two phones. In fact, while the detailing around the subject’s face remains the same across the two models, Samsung’s offering has exposed the background significantly better. The 12S Ultra, on the other hand, has overexposed the composition grossly. 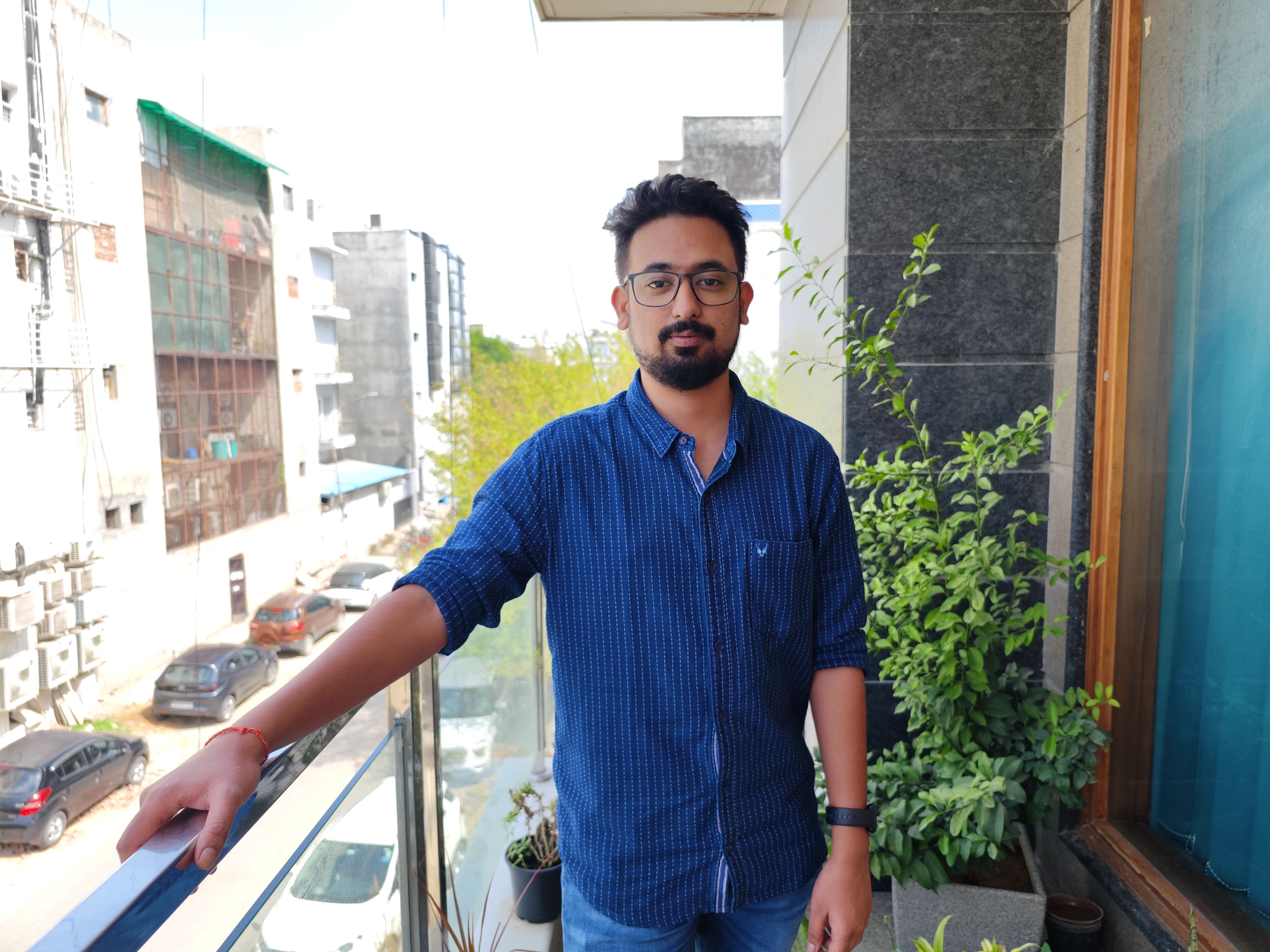 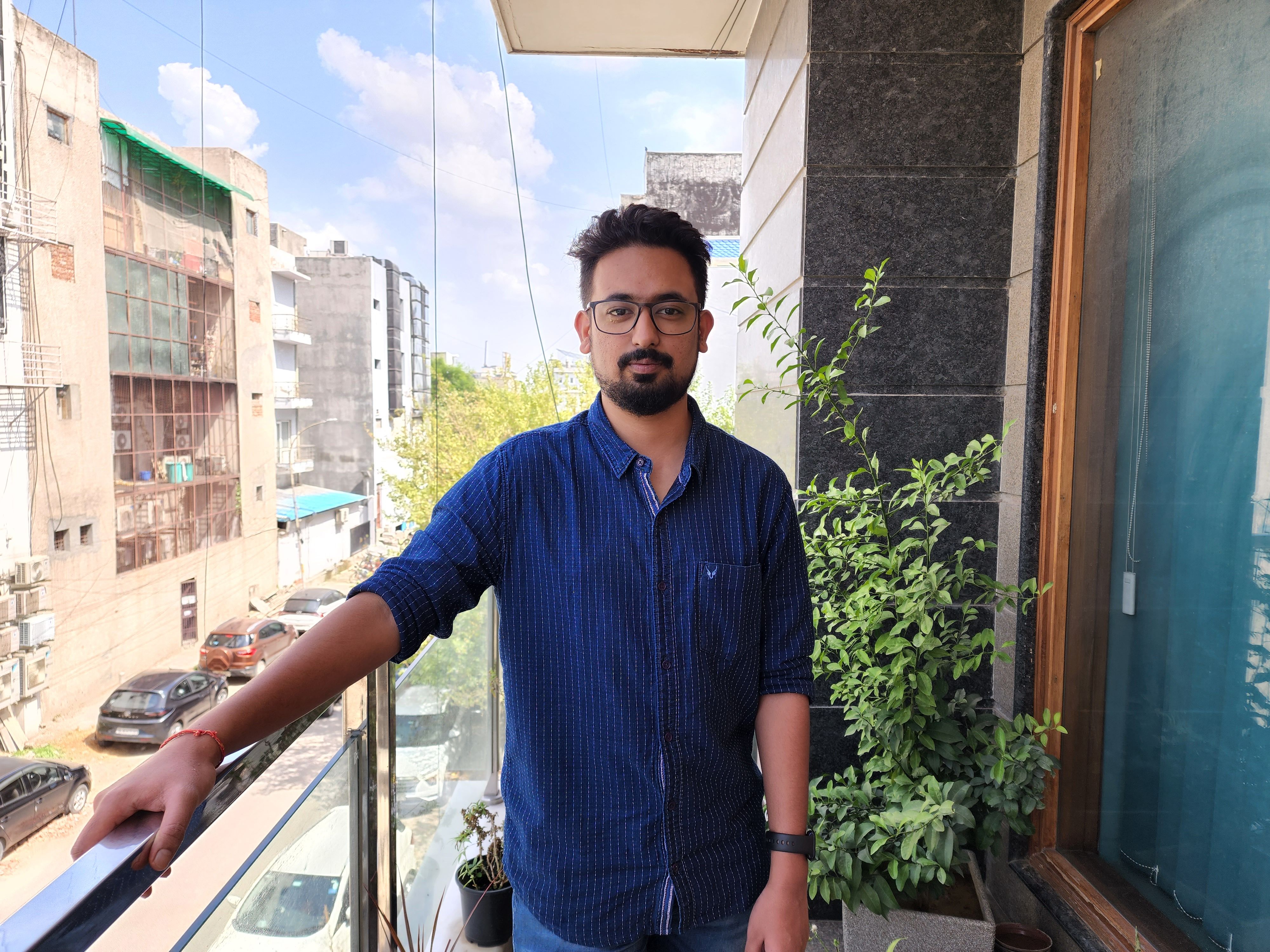 I did try tapping on the viewfinder to better expose the subject and the background but to no avail. In fact, the device would completely darken the foreground in a bid to control the highlights. 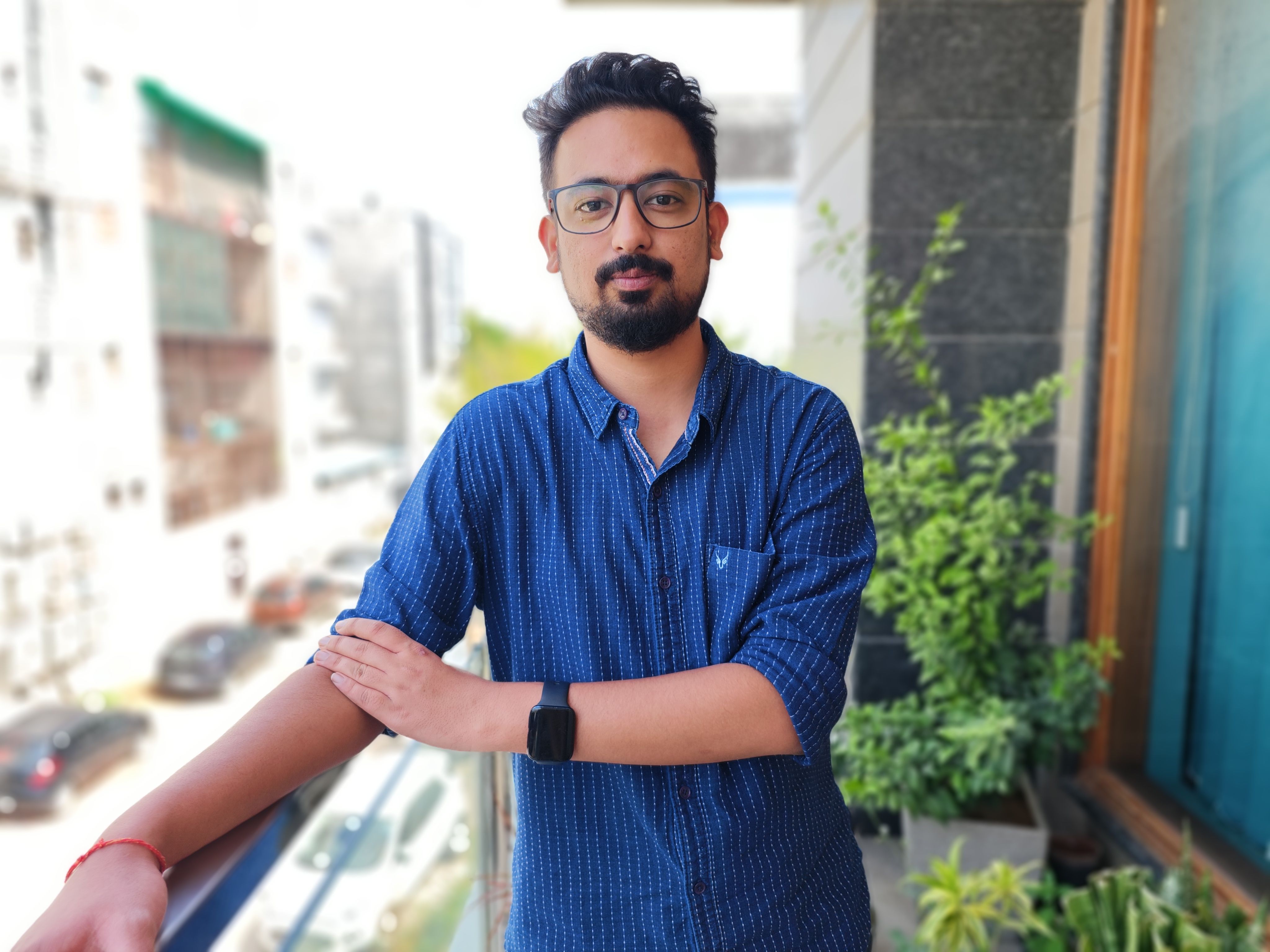 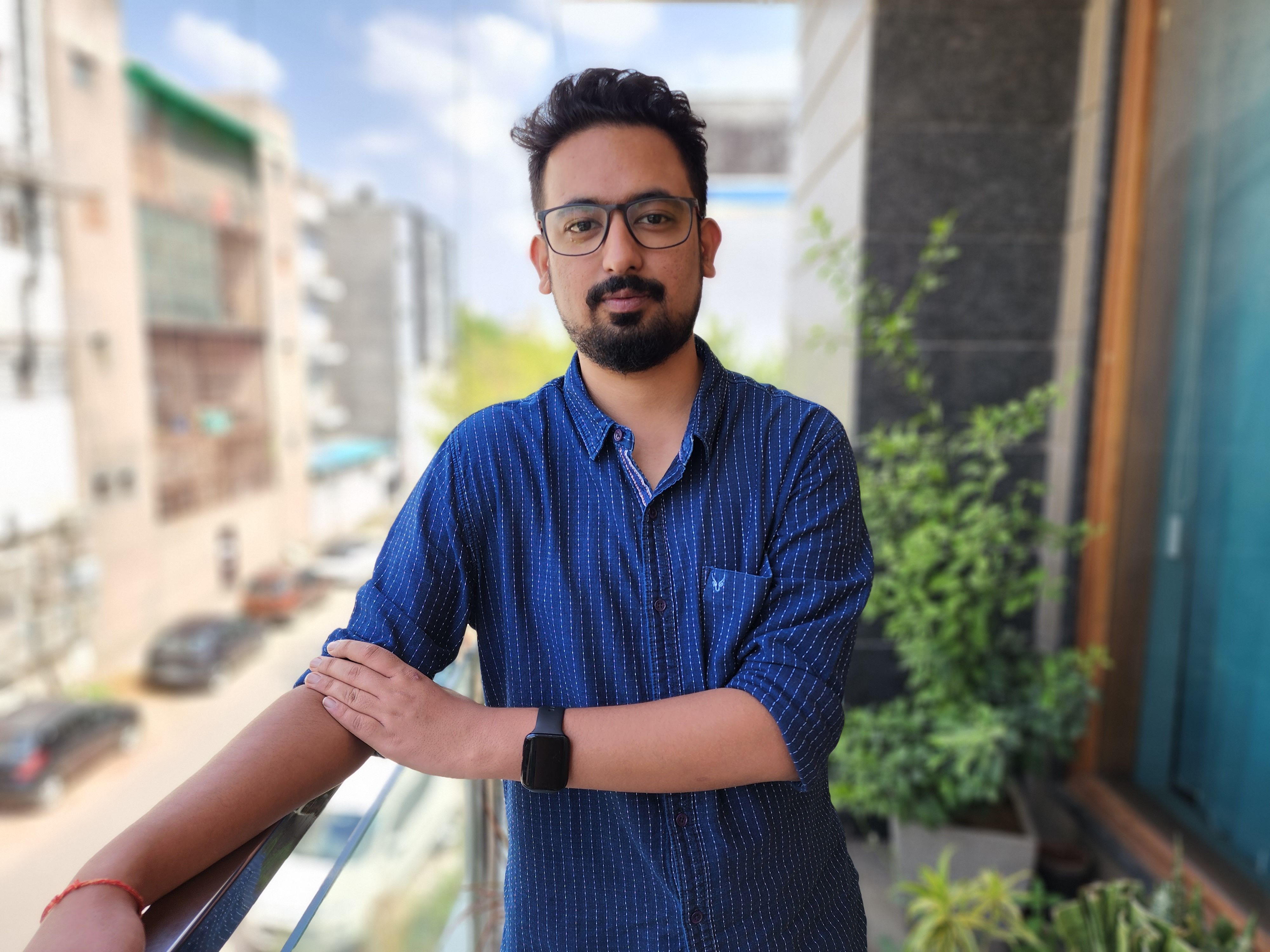 The same goes for the portrait images from the two phones too. The 12S Ultra mapped the bokeh effect around the subject admirably albeit overexposed the background. On the flip side, the S22 Ultra’s composition looked much more pleasing to the eyes and the device has done justice to the subject’s skin tone, as well as the objects in the backdrop.

Interestingly, both phones click remarkably similar images after the sun has set too. In fact, while the 12S Ultra edged in front of the S22 Ultra with the night mode utility disabled and overturned a more vibrant scene with better corner sharpness, the output from the duo was neck and neck with the feature enabled. 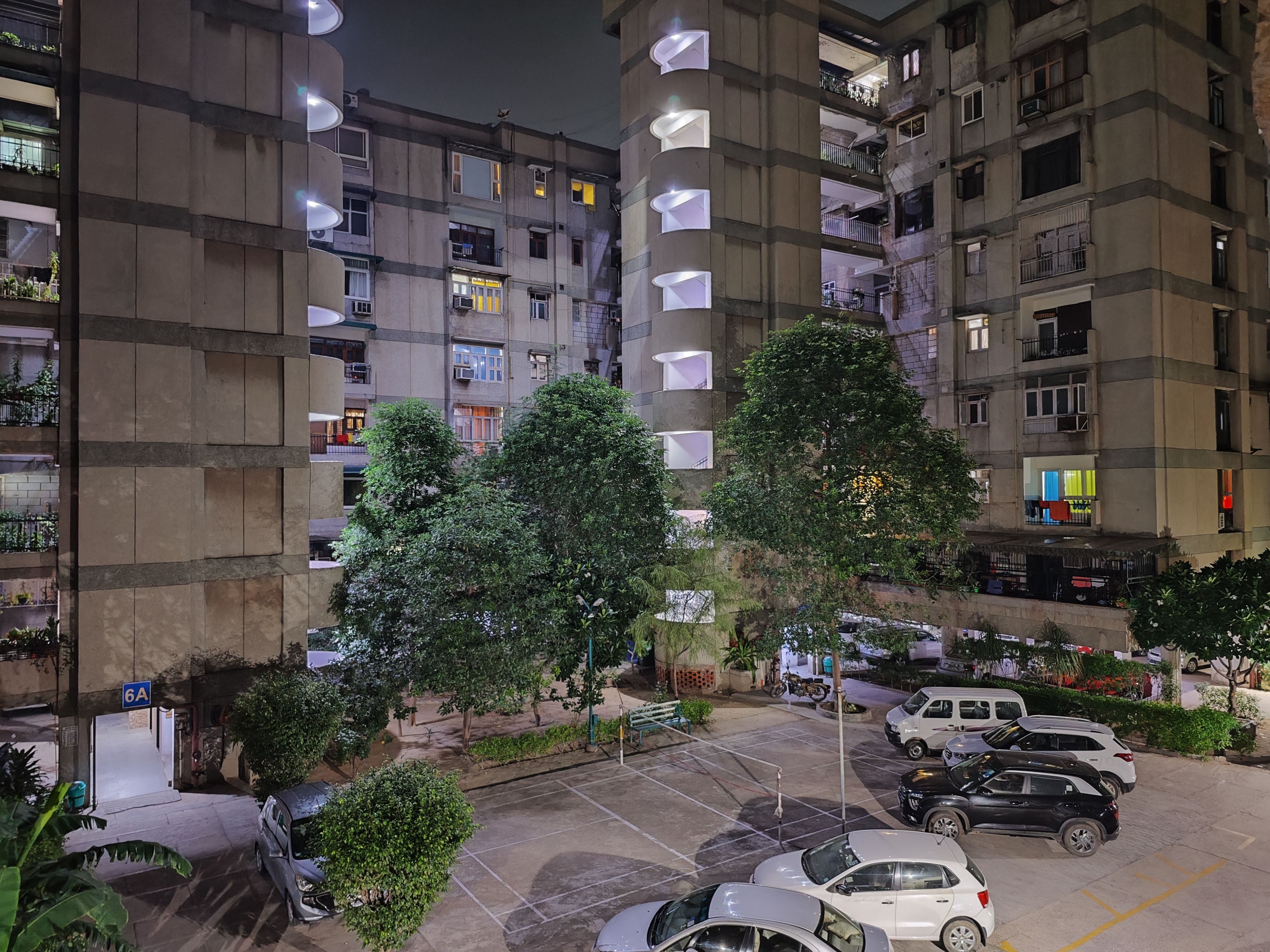 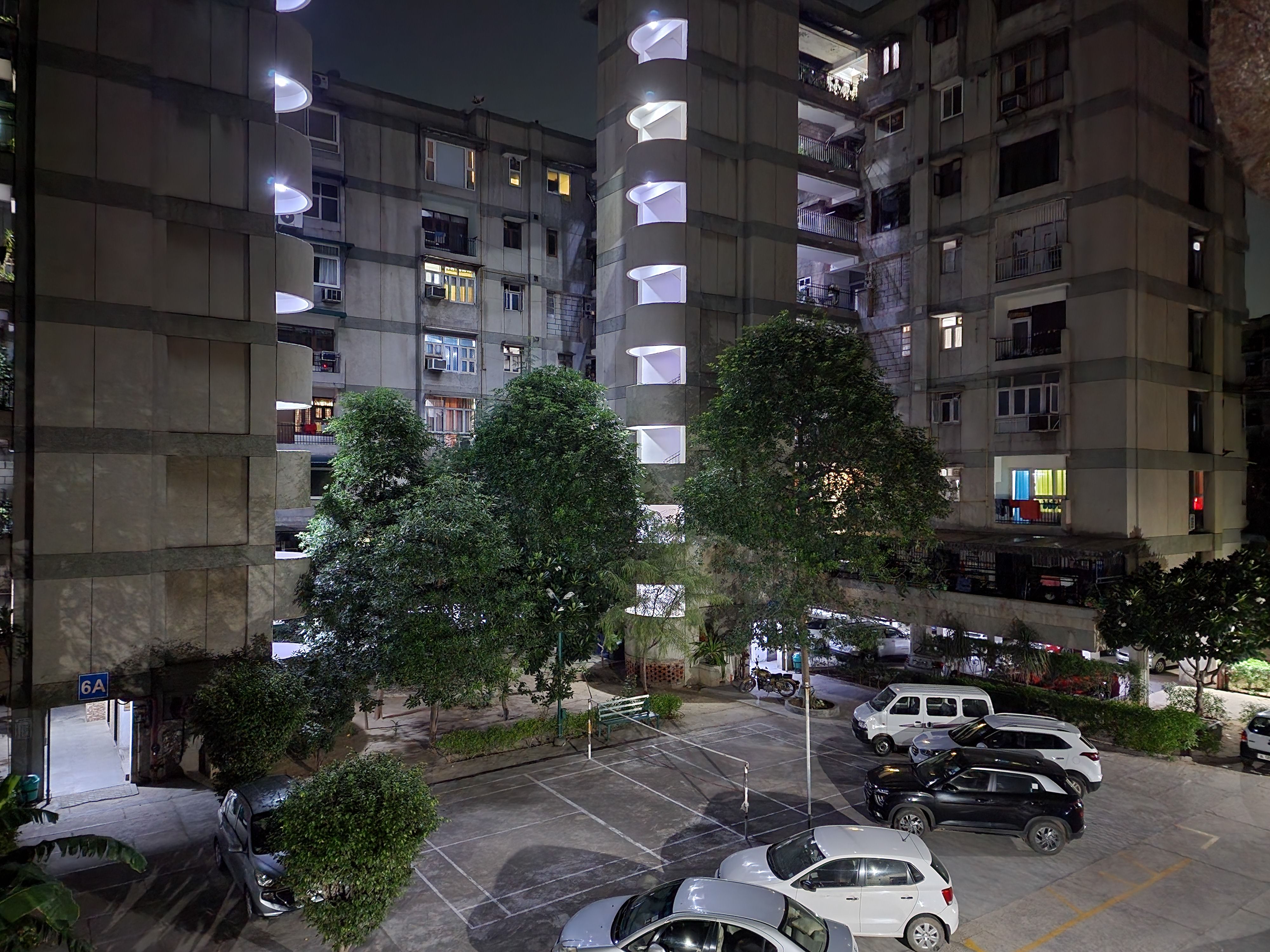 You can refer to the slider attached above for more insights. As you can probably tell, the images offer sharp focus around the centre and reciprocate the colours to a tee as well. I will admit that the 12S Ultra’s snap exhibits slightly lesser noise, especially towards the periphery of the frame but, barring that, the photos are near identical.

The selfies from the two phones are neck and neck in terms of detail and overall sharpness. If anything, the colours in the 12S Ultra’s selfie feel a bit washed out. 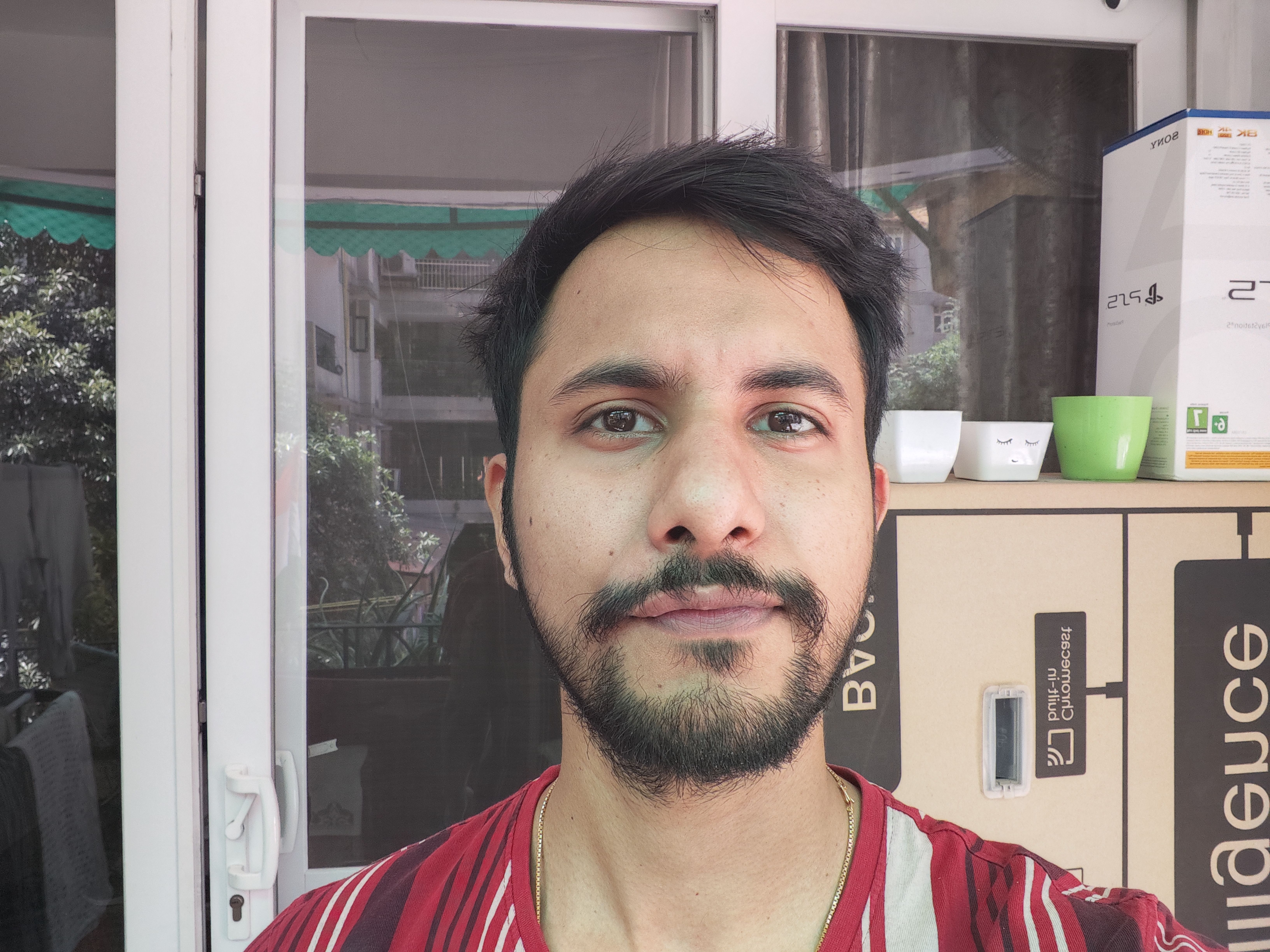 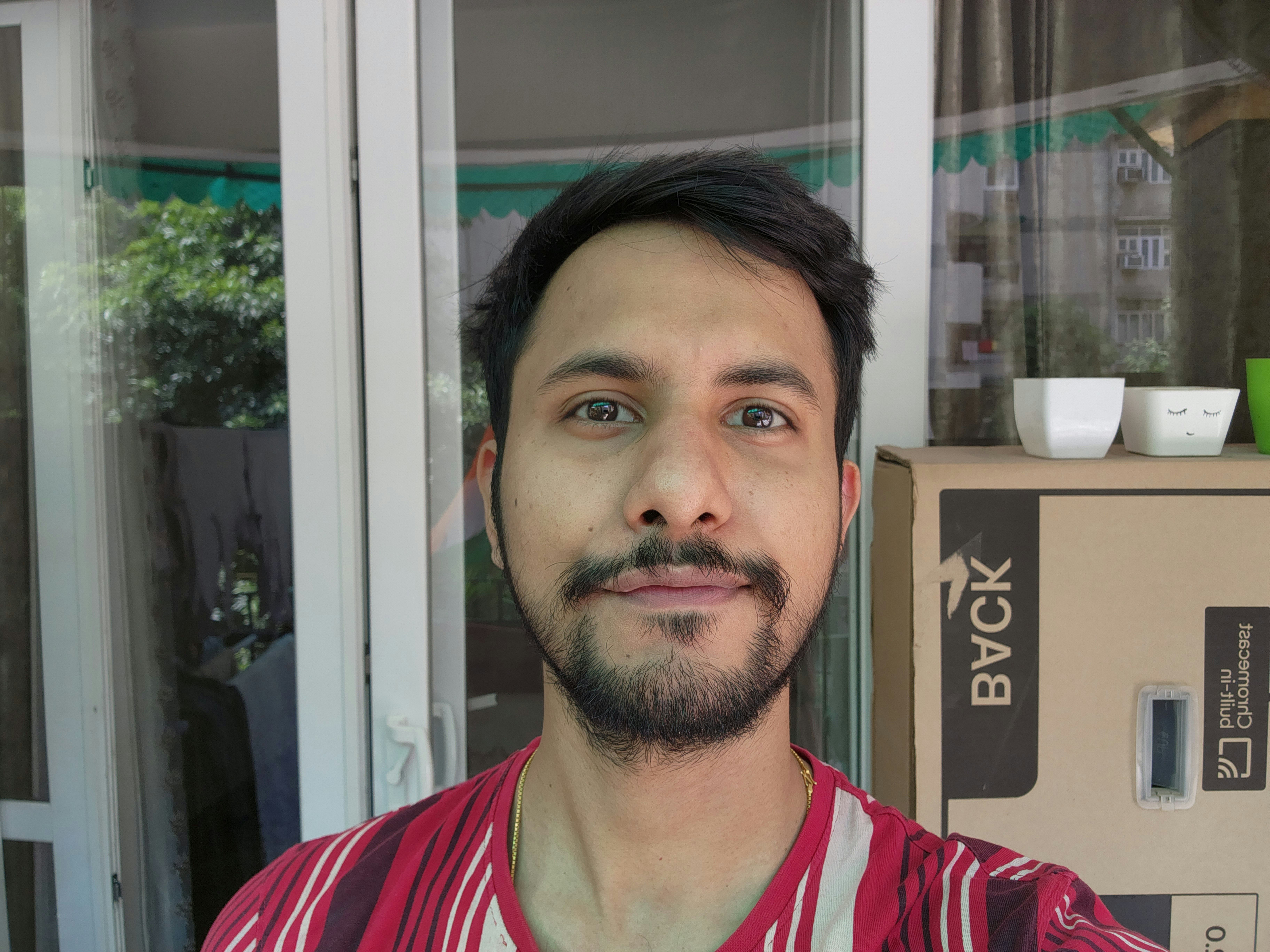 In fact, the S22 Ultra has rendered the colour of the box towards the back better too and you can clearly make out a tinge of brown on the unit’s surface in the photo.

Both phones can shoot excellent clips with superb stability too. In fact, I couldn’t tell the 1080p60fps output of one phone, from the other. I have attached a sample below, so take a gander and let me know what you make of it.

Make no mistake – the Xiaomi 12S Ultra is a fantastic camera phone and the device can click remarkable images, come night or day. In fact, I much preferred the output from the smartphone’s primary sensor over the S22 Ultra’s images. That said, Samsung’s offering features a more versatile set of cameras that can click better telephoto images. 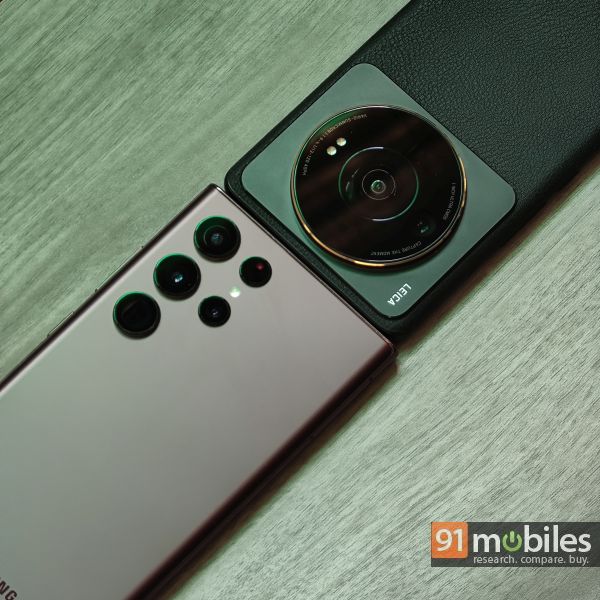 Furthermore, the device one-upped the 12S Ultra when clicking photos of human subjects too. All said and done, while the 12S Ultra is a great camera phone that can snap better, more detailed landscapes than the S22 Ultra, Samsung’s offering remains the undisputed camera king, at least in my books.