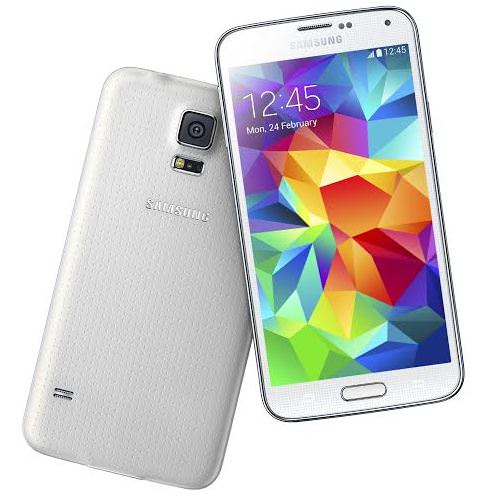 “The Samsung Galaxy S5 4G LTE is offered at a best buy price of Rs 53,500 available from July 20th onwards”

Earlier today, we reported about Samsung Galaxy S5 4G LTE’s launch in India, courtesy Mumbai-based telecom retailer Mahesh Telecom. Now the company has officially launched the smartphone as its first 4G LTE smartphone in the country. The Galaxy S5’s 4G edition is offered at a best buy price of Rs 53,500 while the 3G variant is selling for Rs 51,000. The new device will be available in all the 4G service enabled regions in the country starting July 20th. The hues on offer include copper gold, charcoal black and shimmery white.

Samsung has also introduced an upgrade offer for availing Rs 10,000 off on the Galaxy S5 4G when you exchange your old smartphone. More details about the smartphones to be exchanged under the offer should be available at the vendor’s retail stores across the country.

The Samsung Galaxy S5 4G LTE is powered by a 2.5GHz Qualcomm 8974 Pro processor that supports eight 4G LTE bands. In addition it also comes with Download Booster mode, which allows you to connect to a 4G LTE network and to a Wi-Fi connection simultaneously for uninterrupted downloads. It is also being touted as the world’s first smartphone with Wi-Fi Mimo technology, which is a 5th generation Wi-Fi antenna. It equips two internal Wi-Fi antennas in the device to accelerate the connection speed.

The company has also exclusively partnered with Airtel to offer 5GB of 4G data per month free for two months to the telecom operator’s 4G subscribers.