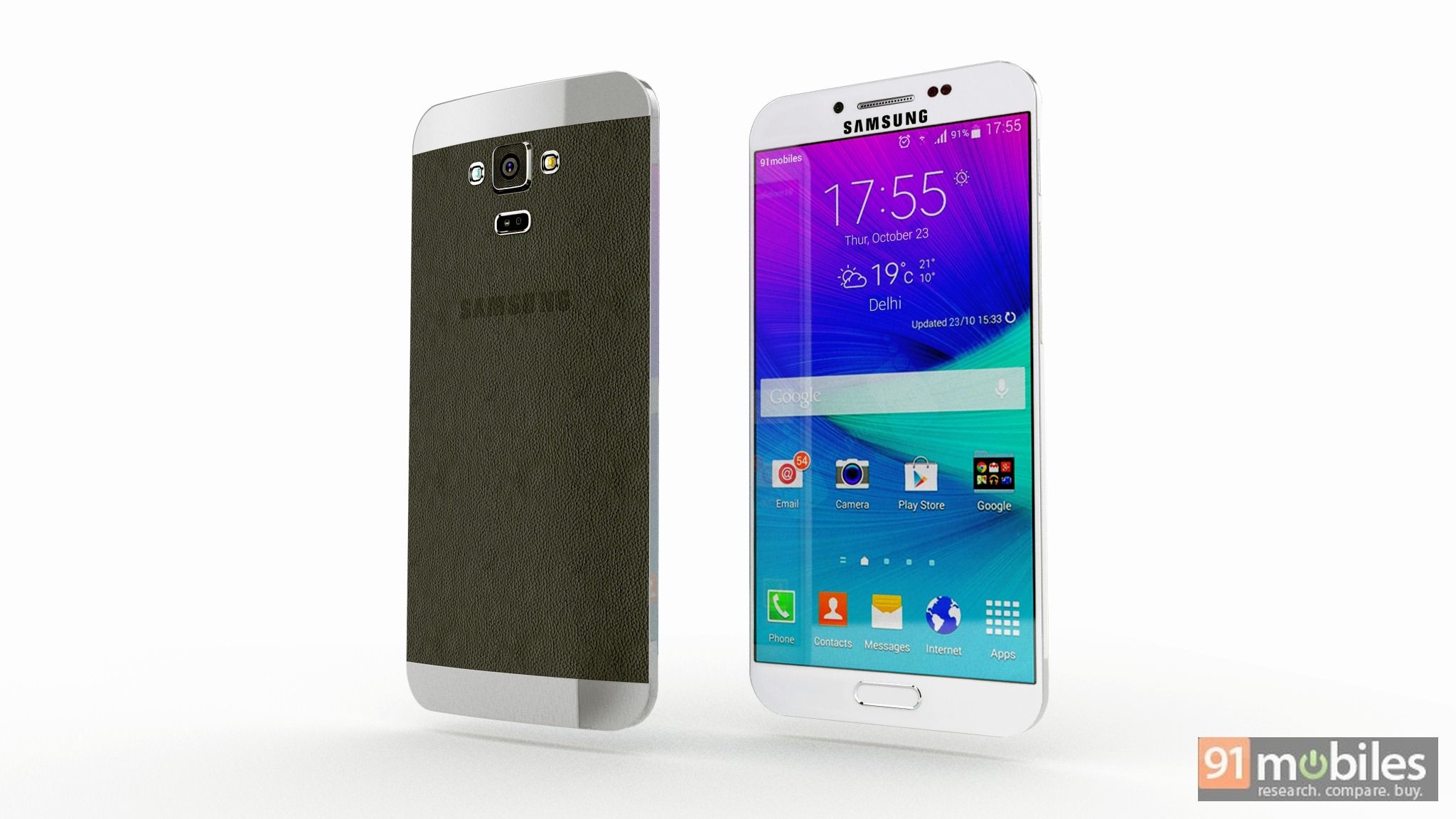 “Imagining what the next Galaxy S smartphone could be like, we present to you the Galaxy S6, which offers some hardware while flaunting sweet looks as well” 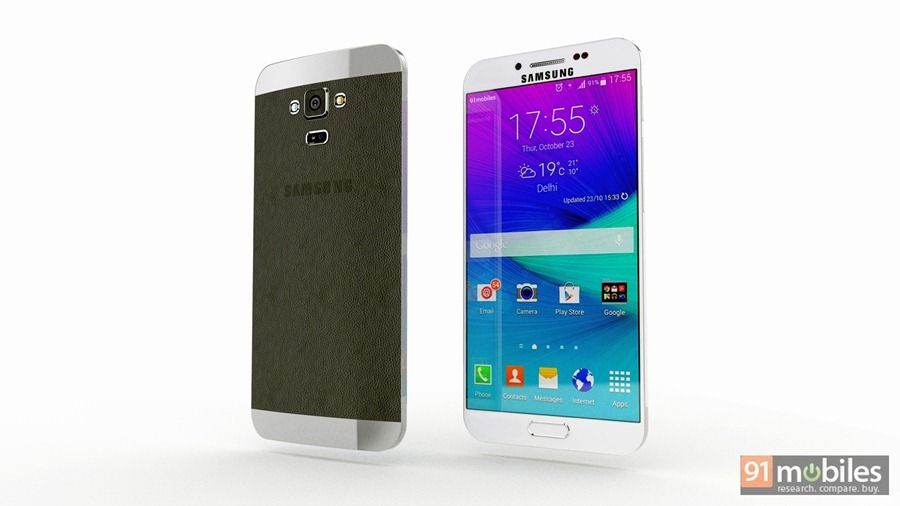 Flagship Samsung Galaxy smartphones always have been associated with the best design principals and offer something that puts them in a different league when compared to the competition. Take the Galaxy S5 for instance… the first flagship Android smartphone from Samsung to feature a dust- and water-resistant body. At the same time, it boasts innovations and features which the devices from the competition are yet to offer to their fans.

Building upon the same ideology and principals, we have worked on visualising what the next flagship Android smartphone, the Galaxy S6, would look like and what hardware specifications and features the users can expect. We present to you the Samsung Galaxy S6, a concept by 91mobiles. Having an expert view of the things, we have taken a lot of feedback from our readers and have tried to incorporated them into this design concept, so that it becomes not just a concept design for the users to look at but also serve as a reference for the companies as well to make them understand what readers want from them and from flagship device such as the Samsung Galaxy S6. 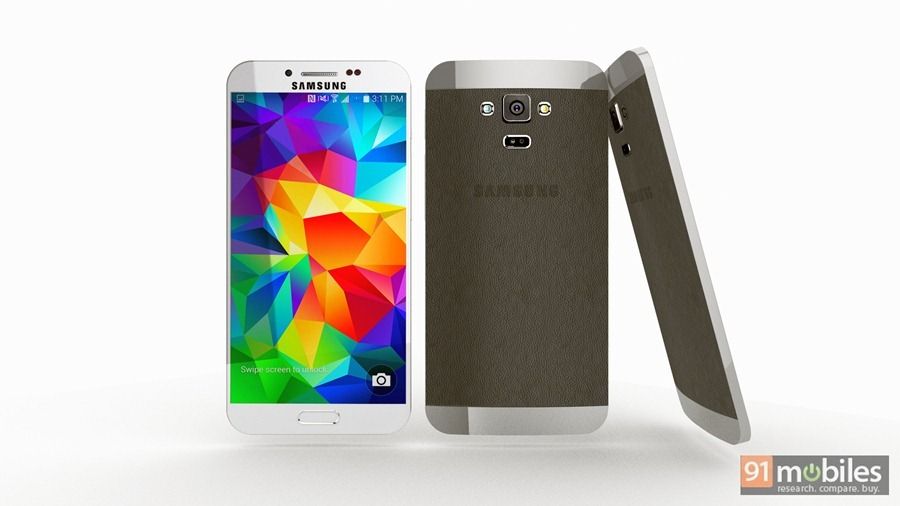 The Samsung Galaxy S6 concept tries to highlight the USP of the new device which would be its premium design and styling, and to add to that, it would also feature the same water- and dust-proof design which has really been appreciated a lot in the older flagship deice as well. In addition, the new smartphone would also incorporate the use of metal as one of the building materials as we have seen with the new league of Galaxy devices that the company has launched recently including the Galaxy Alpha (review) and the new Galaxy Note 4 (first impressions). However to give the much-needed premium finish, the Galaxy S6 concept features an all-new leather-clad back cover which would also be available in a number of colours as well as grain options for added customisation. 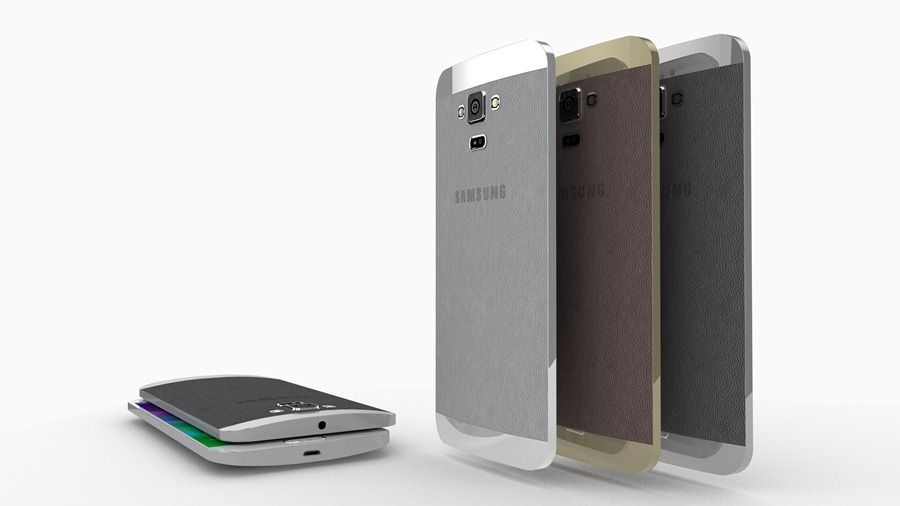 The display on the smartphone is a 5.5-inch AMOLED unit featuring a resolution of 2,560 x 1,440 pixels. Along with offering better contrast ratios and vibrant colours, the AMOLED display offers better battery savings as well when the colours are turned off, and Samsung has been using this feature to offer extended battery life to users with the Ultra Power Saving mode. In addition to that, to protect the display the device gets a Gorilla Glass layer on top. 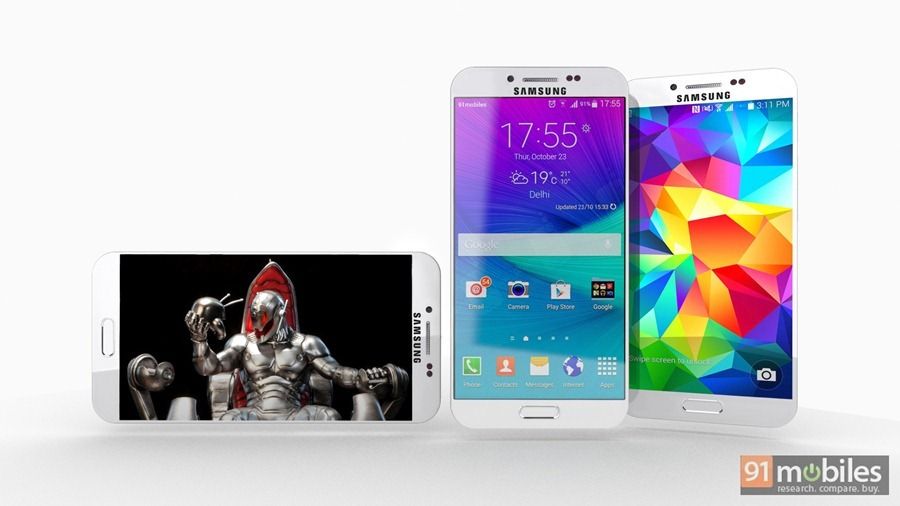 As for hardware, the S6 concept runs on an octa-core Exynos 5430, 20nm fabrication-based chip clocked at 2.0GHz for superior computing. The Exynos 5430 is based on ARM’s big LITTLE architecture having two separate quad-core processing clusters with the performance cluster performing at 2GHz and the power-saving cluster working at 1.6GHz offering better battery saving. 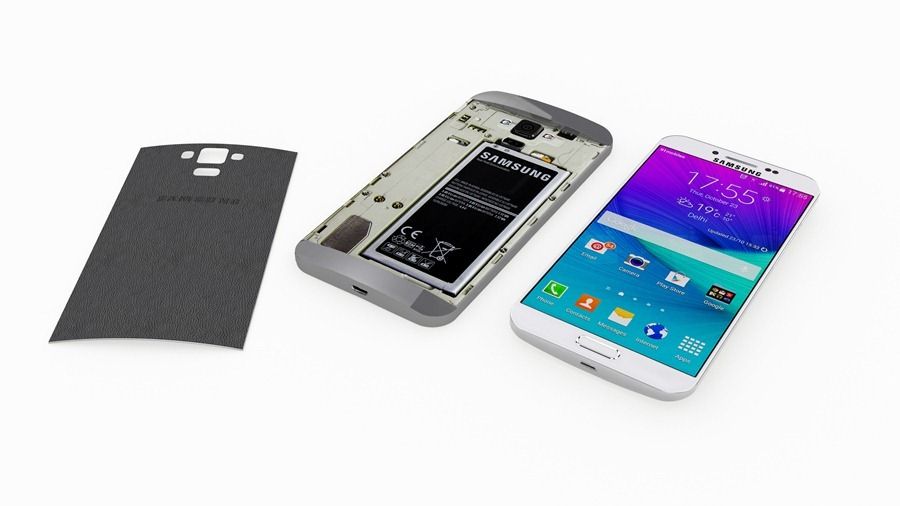 Along with it, there is a healthy 4GB of RAM for faster multitasking and the device comes in 32GB, 64GB and 128GB storage variants available for users. While for expandable storage, the device also comes with a memory card slot, making sure that the users do not run out of space while storing their favourite videos, music and HD games as well.

In terms of connectivity, the Galaxy S6 concept features single-SIM GSM connectivity with support for 4G/LTE capable networks. For wireless connectivity, there is Bluetooth 4.0 and dual-band Wi-Fi along with NFC for easy and seamless connectivity with compatible accessories and devices. In addition to this, the home button also doubles up as the biometric fingerprint scanner and allows the users to log in to the device with just a single swipe of their finger and also allows them to carry out financial transactions with compatible online stores. 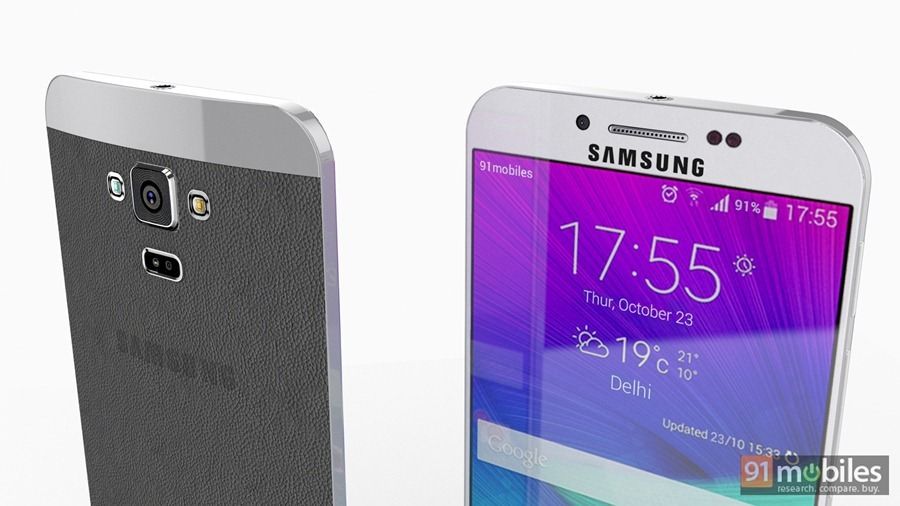 The 16-megapixel ISOCELL camera on the device comes with optical image stabilisation and fast autofocus. Along with this, the S6 concept also makes use of the new dual-tone flash module with two power LED modules offering light at different colour temperatures thereby providing neutral light and illuminating the subject without any colour bias. At the front, the device sports a 5-megapixel camera with a wide-angle lens for better selfies. For video, the camera gets support for 4K video recording. 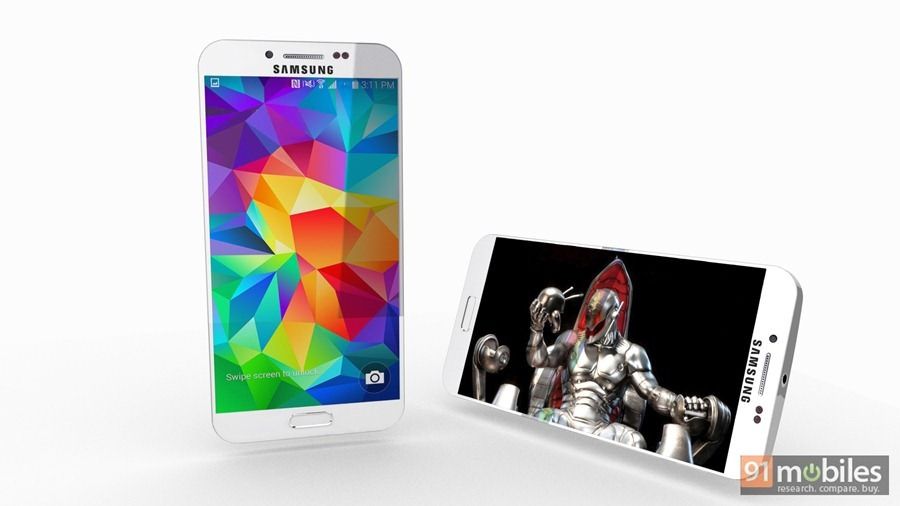 In addition, to top it all up, the S6 Concept also features use of the fast-charge technology allowing the device to gain 50 percent charge within just 30 minute of being put on charge.

Disclaimer: Brand names are properties of their respective owners and this concept is in no way related to Samsung or any other brand. It is just a creative visualisation meant for awareness purposes only.