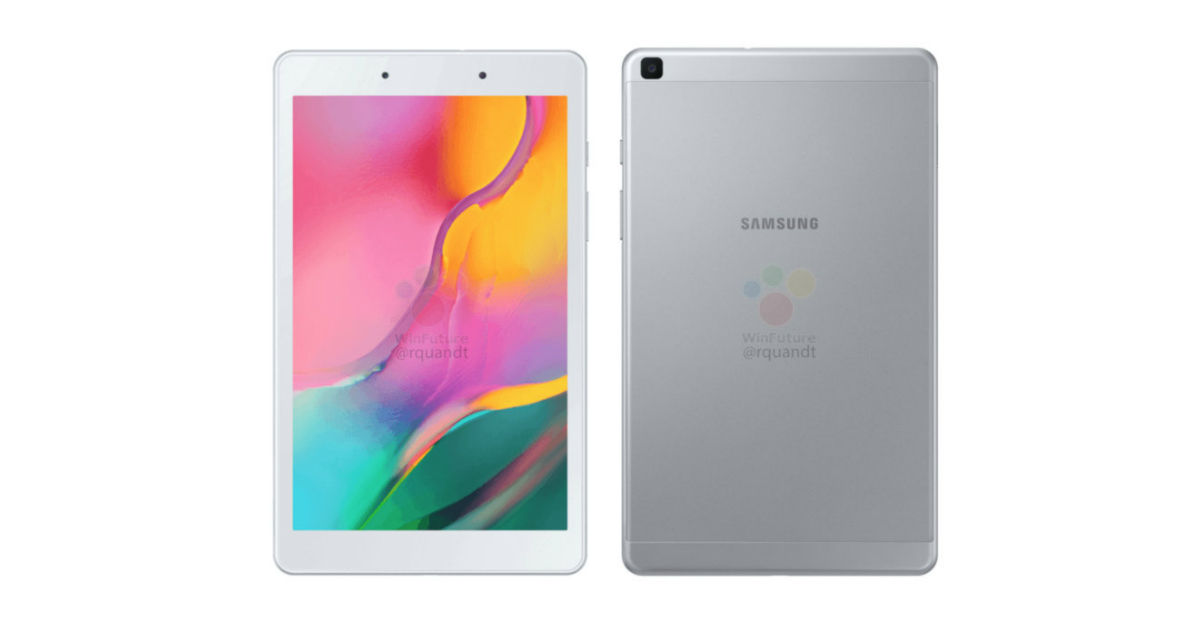 Samsung is expected to unveil a new tablet, dubbed Galaxy Tab A 8 (2019) later this month. The tablet was spotted on the Wi-Fi Alliance certification website recently. Now, Samsung Galaxy Tab A 8 (2019) specifications and promotional renders have surfaced online, courtesy of WinFuture.de. Based on the specifications leak, it looks to be a budget offering. The Galaxy Tab A 8 (2019) will reportedly be powered by the 2GHz quad-core Qualcomm Snapdragon 429 processor, paired with 2GB RAM and 32GB storage. It is said to pack in an 8-inch LCD display with 16:10 aspect ratio and 1,200 X 800 pixels resolution.

Furthermore, the Samsung Galaxy Tab A 8 (2019) is said to pack an 8-megapixel rear camera with autofocus and a 2-megapixel fixed-focus snapper on the front for video chats. Interestingly, the tablet also has 4G LTE support for voice calls, a 3.5mm audio port, and packs a massive 5,100mAh battery. It should run on Android 9.0 Pie with Samsung’s One UI custom skin on top. The tablet lacks fingerprint support for security. The Galaxy Tab A 8 (2019) will be available in Silver, Grey, and Black colour options.

Connectivity options include Bluetooth 4.2, dual band Wi-Fi, and 4G LTE support, along with 3.5mm audio jack. The Samsung Galaxy Tab A 8 (2019) reportedly weighs 347 grams, supports microSD cards. WinFuture.de also revealed promotional renders of the tablet, showcasing a good old fashioned Samsung tablet with thick bezels on all corners and a polycarbonate build. The volume rockers and power buttons are placed on the right spine. That’s all we know for now, but with rumours pointing at a July launch, we should know more details in the coming few weeks.