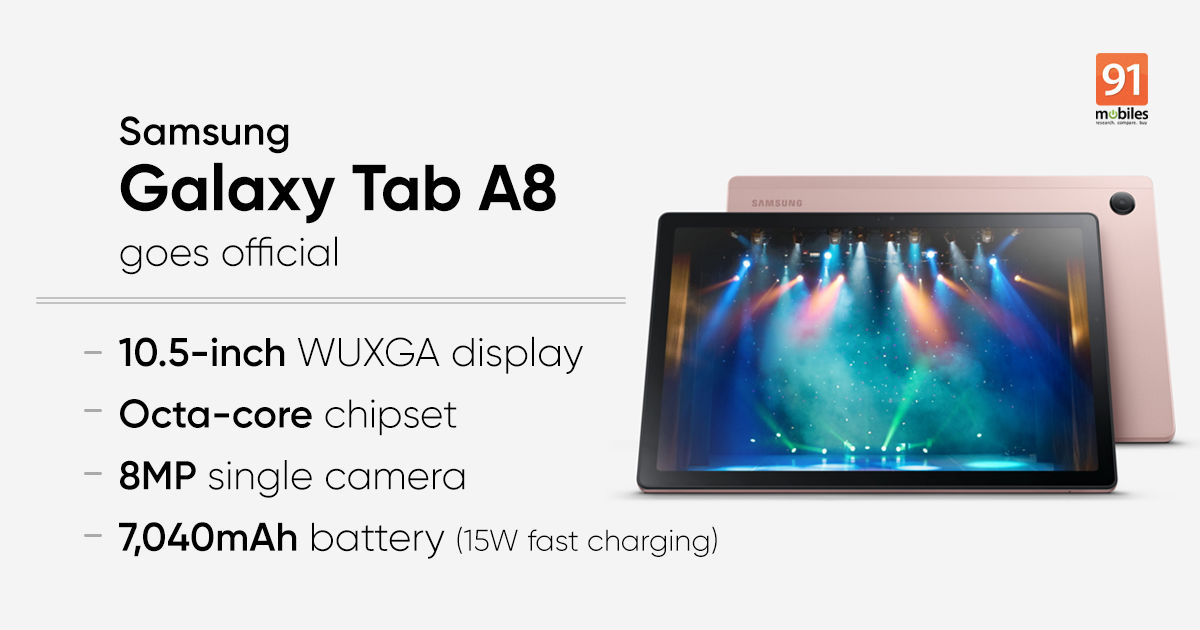 Samsung Galaxy Tab A8 has been announced globally as the latest budget tablet offering. It comes with an FHD+ display, an 80 per cent screen-to-body ratio, quad-speakers with Dolby Atmos support, and there is a single camera module on the back. Samsung Galaxy Tab A8 specifications include a 10.5-inch display, a 7040mAh battery with 15W fast charging support, and Android 11 OS with OneUI custom skin that offers features like split-screen mode. 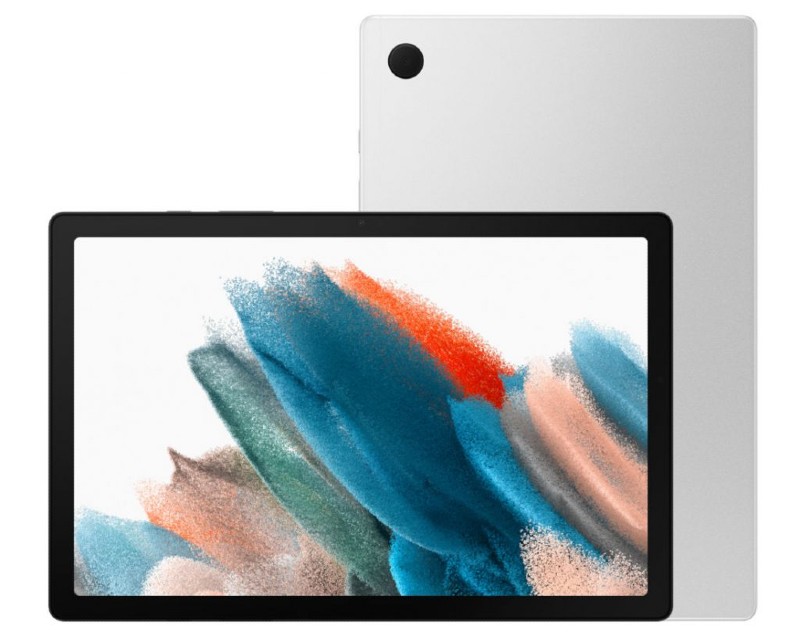 The Samsung Galaxy Tab A8 sports a 10.5-inch WUXGA TFT display with 2000×1200 pixels resolution and an 80 percent screen-to-body ratio. The tablet has a single 8MP camera on the back and a 5MP snapper on the front for selfies and video chats. Connectivity features include an optional 4G LTE, Wi-Fi 802.11 ac, Wi-Fi Direct, Bluetooth 5 LE, GPS, GLONASS, and USB 2.0 Type-C.

The tablet runs on Android 11 OS with OneUI 3.1 custom skin out of the box. The UI offers features like split-screen mode for multitasking. The tablet is equipped with quad-speakers and Dolby Atmos support. It measures 246.8 x 161.9 x 6.9mm and weighs 508 grams.

The Samsung Galaxy Tab A8 is powered by an unnamed octa-core chipset, which is claimed to offer a 10 percent higher CPU and GPU performance. Rumours suggest it could be the UNISOC T618 processor with Mali G52 MP2 GPU. It packs 3GB/4GB RAM paired with 32GB/64GB/128GB internal storage that is further expandable up to 1TB via a microSD card. The tablet packs a 7,040mAh battery with 15W adaptive fast charging support.

Customers buying the Samsung Galaxy Tab A8 are eligible to access Samsung TV Plus on the tablet that offers over 200 free channels, including live and on-demand content. The company is also offering two months of YouTube Premium.