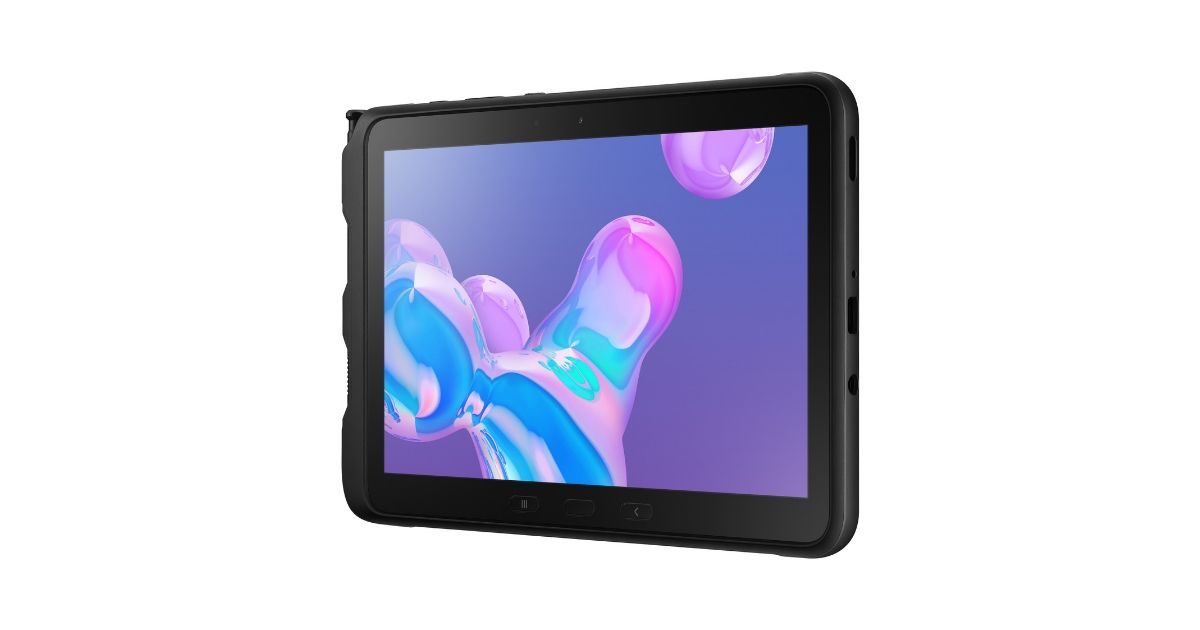 After a series of leaks and rumours, Samsung has finally launched the Galaxy Tab Active Pro in Germany. As one might expect with the ‘Active’ branding, the new tablet from Samsung features a rugged body with IP68 water- and dust-resistance rating. Further, the Galaxy Tab Active Pro comes with an included protective case that helps the tablet survive falls from up to 1.2 metres height. Notably, Samsung has also guaranteed four years of updates. Most likely, this would be a guarantee for security updates but if the brand is suggesting major Android updates, we won’t complain at all.

Unfortunately, Samsung has not confirmed the specifications of the tablet just yet but it has revealed that the Galaxy Tab Active Pro comes with support for S Pen, which was also suggested by the leaks. Samsung has also included the support for DeX, which essentially allows you to use a secondary display for your tablet, just like it was provided earlier on Galaxy Tab S6. If we talk about display size, the Galaxy Tab Active Pro offers a 10-inch screen, which should be a reasonably large size for working professionals to carry out job-related tasks.

Coming to the pricing and availability, the base variant of the Galaxy Tab Active Pro has been priced at €599 (roughly Rs 47,500) and the LTE variant has been given a price tag of €679 (roughly Rs 54,000) in Germany, and both will be made available starting October 1st.

“No matter how ultimately the Galaxy Tab Active Pro is used, Samsung Knox can provide protection against misuse and loss of sensitive data,” Sascha Lekic, Director of IT & Mobile Communications B2B at Samsung Electronics, was quoted (translated text) as saying of Samsung’s security platform in a press statement. We will have to wait for the tablet’s eventual release to find out the missing specifications and features.