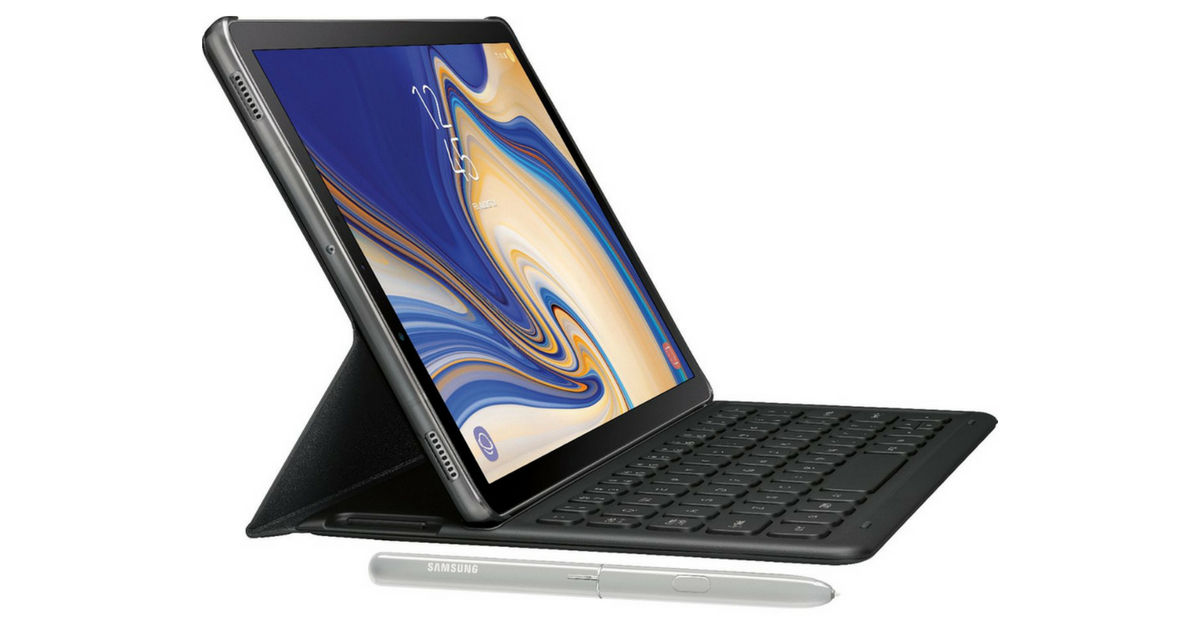 Samsung’s next-generation Galaxy Tab S4 has been subjected to a number of leaks in the past. Most recently, we saw the alleged press renders of the upcoming tablet in black, which also revealed several key details. Now, the noted tipster, Evan Blass has shared yet another official-looking render of the Galaxy Tab S4, but this one is in white (or silver, as the leakster has clarified later).

The first render shared by Blass is said to be of the white Tab S4. However, you can’t make out the hue since the render features a folio case featuring a full-sized keyboard, which is speculated to be an optional accessory for the slate. The leakster has shared another render of the upcoming tablet which shows off the white rear panel. The new S-Pen seems to be slightly different from the one that came with the Galaxy Tab S3 (first impressions), as pointed out by Blass. It’s likely that the brand has enhanced the functionality of the stylus. Besides this, the newest render corroborates with what we have already seen in the previous renders, including slimmer bezels and missing home button.

More of that “white.” pic.twitter.com/pQltterQJv

Coming to the leaked specs of the slate, the Samsung Galaxy Tab S4 is expected to come with a 10.5-inch display bearing a resolution of 2,560 x 1,600 pixels and an aspect ratio of 16:10. The tablet could be powered by the high-end Qualcomm Snapdragon 845 processor. The chipset is further said to be backed by 4GB RAM and 64GB storage. In the imaging department, the tablet is expected to feature a 12MP primary camera on the rear and a 7MP selfie camera. Other rumoured features of the tablet include DeX support, Android 8.1 Oreo, and a 7,300mAh battery.

While there’s no word on when the brand will launch the Galaxy Tab S4, it’s being speculated that we can see an official unveiling next month. 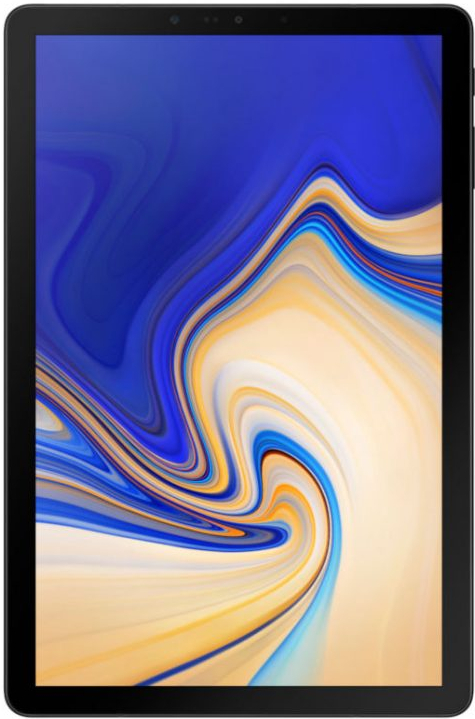 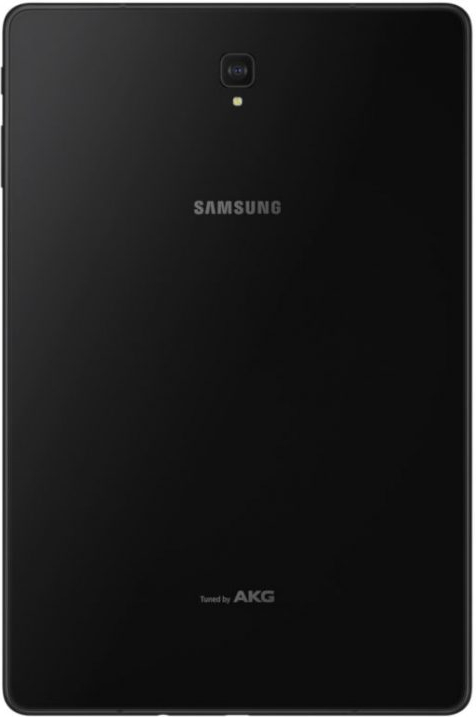