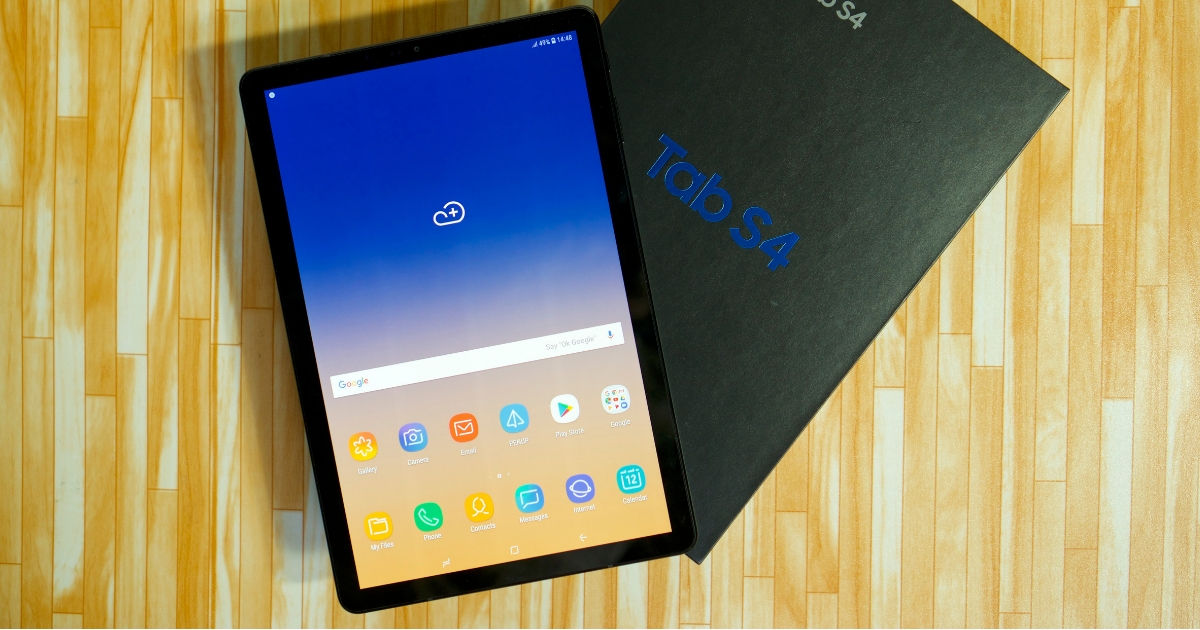 The South Korean giant Samsung happens to be one of the very few brands apart from Apple that seems to be striving to keep the tablet segment alive. It goes without saying that when it comes to content consumption, tablets are the best medium to get things done on the go. However, the tablet segment reached its saturation point when every other brand started offering affordable slates, which were more of portable movie players than a productivity gadget. Moreover, the popularity of the so-called phablets, and now bezel-less phones that offer large screens also seems to have affected the growth of tablets.

Despite the obvious decline in the market, Samsung and Apple have been in the reckoning with professionals owing to their Galaxy Tab S-series and iPads, respectively. The Chaebol recently launched its latest flagship slate, the Galaxy Tab S4 in India and we managed to get our hands on it. Based on our brief stint with it, here are our first impressions of the Samsung Galaxy Tab S4. 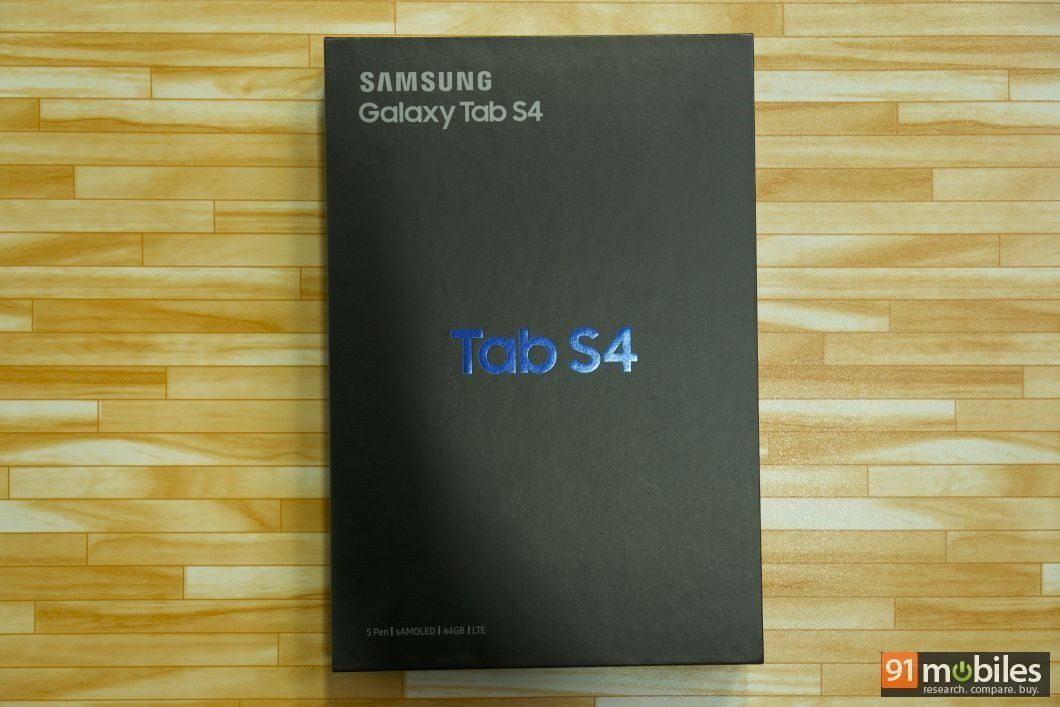 The Samsung Galaxy Tab S4 comes in the signature Samsung flagship black box with the branding all around and core specs at the bottom. Upon lifting the lid of the box, you are greeted by the Tab S4 lying atop the bundled accessories. The compartment below the tablet houses the wall charger, USB Type-C cable, and documentation, in their respective cutouts. You will also find the new and improved S-Pen in the packaging. Samsung claims that the improved design of the S-Pen makes it feel like a real pen and the 0.7mm rubber tip can detect 4,096 levels of pressure for a very responsive feedback.

Samsung has also launched several other accessories like the keyboard folio case, which connects via POGO connector and a mouse, which need to be purchased separately. Furthermore, while the brand has made it more convenient to use the DeX mode without a DeX Station or pad, we were disappointed to see that the cable was not provided in the box. The HDMI adapter that facilitates the mode has to be purchased separately, which is a bummer indeed. 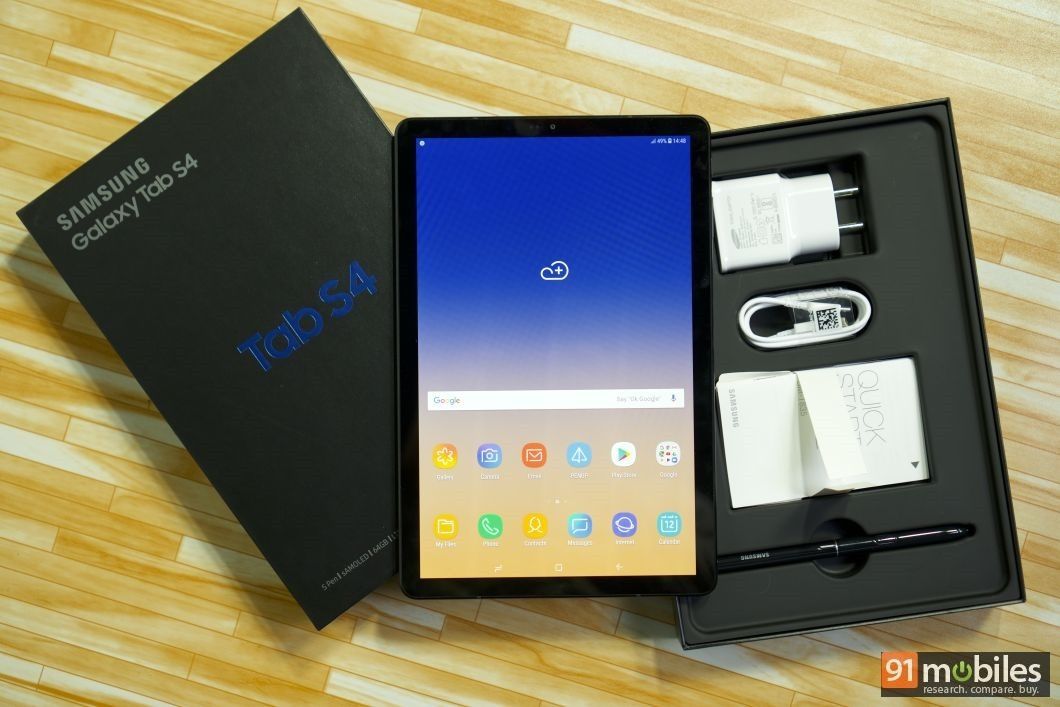 Coming to the Tab S4, the slate retains the signature premium glass sandwich design from its predecessor, the Galaxy Tab S3 (first impressions). However, the tablet is missing the physical home button. As a result, it comes with slimmer bezels on top and bottom as compared to last year’s flagship with the side bezels remaining the same. Speaking of sides, the tablet comes with a SIM slot, power and volume buttons on the right, POGO connectors with grooves for physical keyboard dock on the left, and a USB Type-C port with a 3.5mm audio jack on the bottom… when held in portrait mode. The Galaxy Tab S4 also retains the AKG-tuned speakers on each corner, same as its predecessor.

The Galaxy Tab S4 rocks a large 10.5-inch sAMOLED display with a resolution of 2,560 x 1,600 pixels. In our brief stint with the slate, the display was quite sharp and vibrant with crisp text. The viewing angles as well as the sunlight legibility is pretty commendable too. In the performance department, the slate gets a 2.3GHz octa-core Snapdragon 835 SoC accompanied by an Adreno 540 GPU ticking at its core. The processor is backed by 4GB RAM and 64GB storage with support for up to 400GB microSD cards. The Snapdragon 835 SoC managed to jump between apps and handle the usual tasks with ease. We shall put the tablet through its paces in our detailed review, which should be up soon. 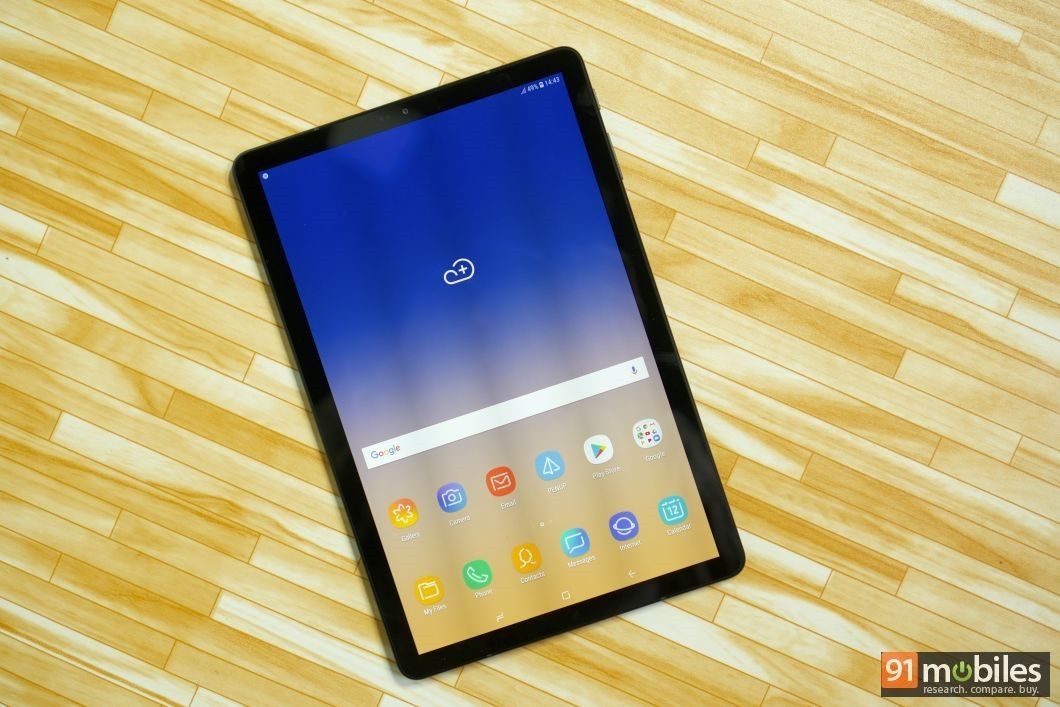 In the software department, the tablet comes with the Experience UI interface running on top. The software has been loaded to the brim with productivity features like a task bar, multi-window capability, screen-off memo, live messages and more. Samsung has also included a new feature called Daily Board to the interface, which turns the Galaxy Tab S4 into a a smart home display when in idle mode. The Daily Board can be configured to display your favourite photos, current weather forecast, time or calendar. Further, the flagship comes with Bixby Voice, Samsung’s proprietary smart assistant to facilitate a number of tasks at hardware as well as software level.

Lastly, the tablet comes with a massive 7,300mAh battery with support for fast charging. Samsung claims that the battery can offer up to 16 hours of video playback off a single charge. 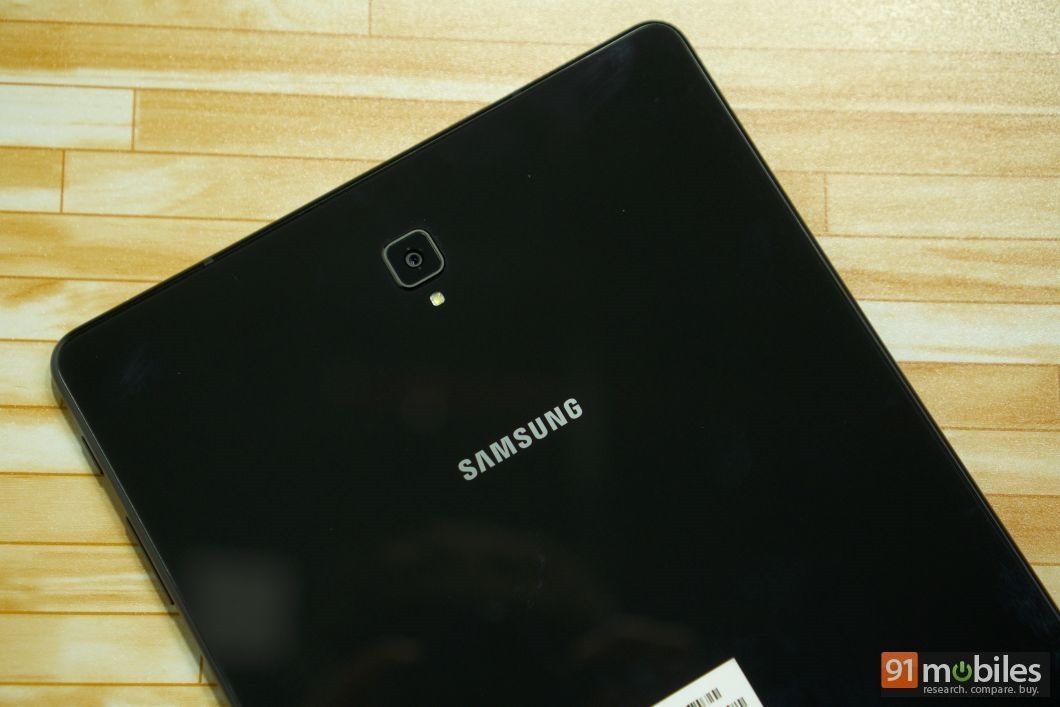 Coming to the imaging department, Samsung has equipped the slate with an 13-megapixel shooter on the rear panel with f/1.9 aperture and 1.12µm pixel size. As for selfies, the tablet offers an 8-megapixel shooter with an identical aperture and pixel size. The camera app is loaded with familiar features like Live Focus, AR stickers, Panorama and more. The initial shots taken during our time with the tablet were quite decent, though we will be testing the camera more intensively in our complete review.

Considering that the tablet has been priced at Rs 57,900 in India, we feel that it will be quite a tough sell for the brand. The 2017 Apple iPad Pro with its 120Hz Retina Display and better hardware in the ballpark of Rs 48,000 seems like a compelling option. However, for those who want an Android tablet and want one that can also double up as a desktop, the Samsung Galaxy Tab S4 looks like the best there is at the moment. What are your thoughts on the latest flagship tablet from the South Korean giant? Let us know in the comment box below.