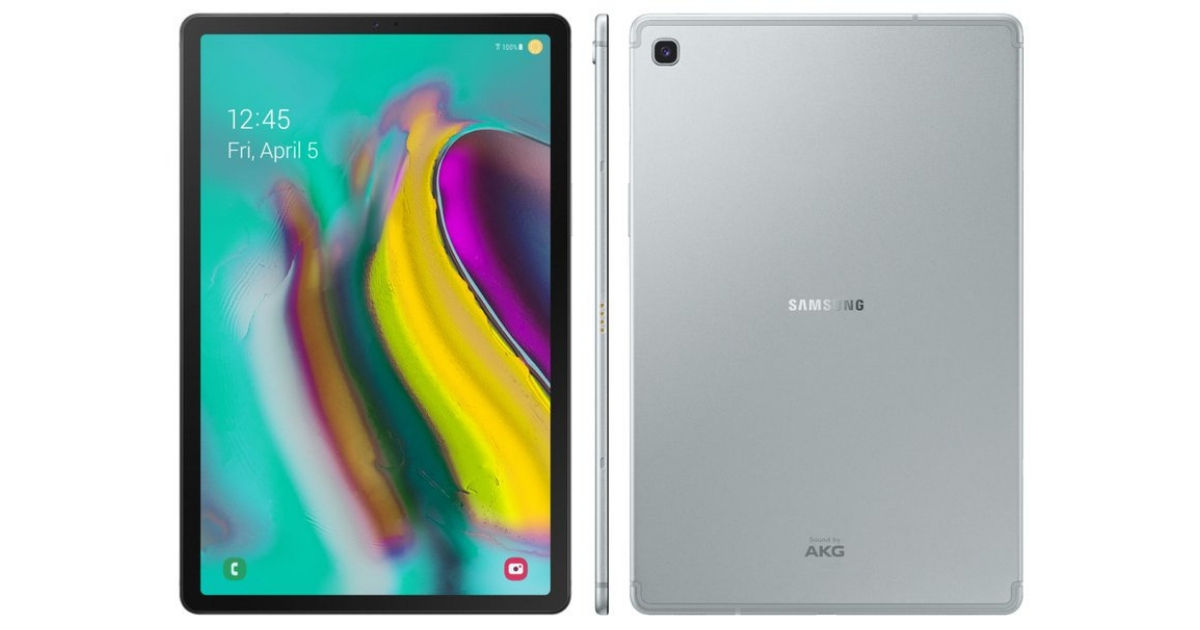 There haven’t been any rumours or leaks about the S5 series tablets from Samsung yet, so it is a bit of a surprise to see one just a week ahead of the Galaxy Unpacked event. The renders show an iPad Pro like design, with thinner bezels than last year’s Galaxy Tab S4 (review), and a slim body. The camera at the back is also positioned on the top left corner, instead of being at the centre like on the current Galaxy Tab S4 tablets. 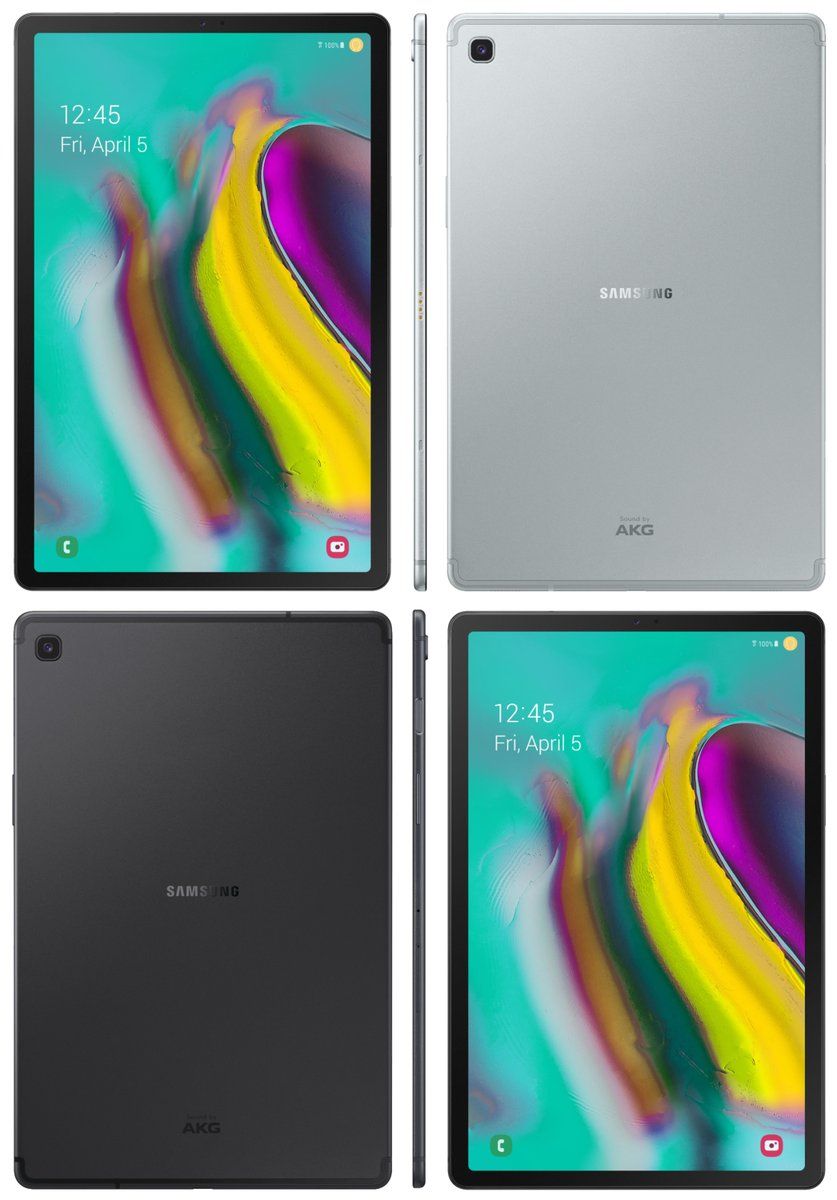 The ‘Sound by AKG’ logo is still present at the back of the tablet, which means that you can expect good audio from the Galaxy Tab S5e. There appears to be a side mounted fingerprint scanner that doubles as the power button; there’s a front facing camera as well. You may have noticed that the rear camera lacks a flash, which is peculiar since the current Tab S4 does come with a flash. You can also see the antenna lines on both the Black and Silver variants.

Samsung is holding an Unpacked event on February 20th in London and San Francisco to unveil the Galaxy S10 smartphones. It is also expected to launch the Galaxy F foldable phone, a new Galaxy Watch Active, new Galaxy Buds and a Galaxy Fit and Fit e fitness bands. Could it be that Samsung could announced the Galaxy Tab S5 at the event as well? We will have to wait and find out. The leak did not include any details about the specifications of this tablet.