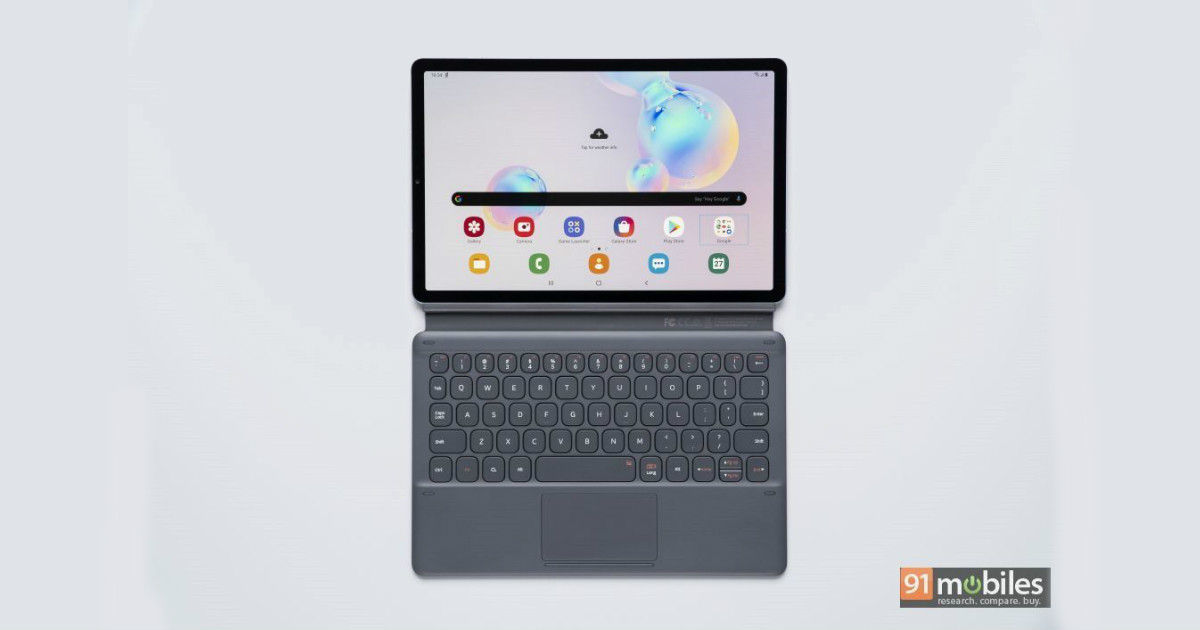 “Samsung Galaxy Tab S6 5G will be the first-ever 5G tablet as Samsung looks to offer more 5G products in 2020.” 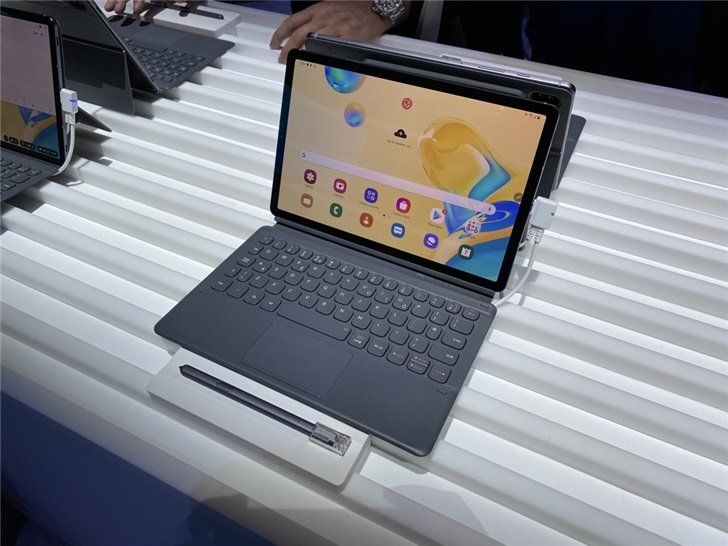 According to the leaked images, the Samsung Galaxy Tab S6 5G unsurpsingly retains the exact same design as that of the standard Galaxy Tab S6. The specifications are also identical, including a 10.5-inch S-AMOLED display panel. Interestingly, there does not appear to be any difference in the thickness of the device despite addition of the 5G modem. 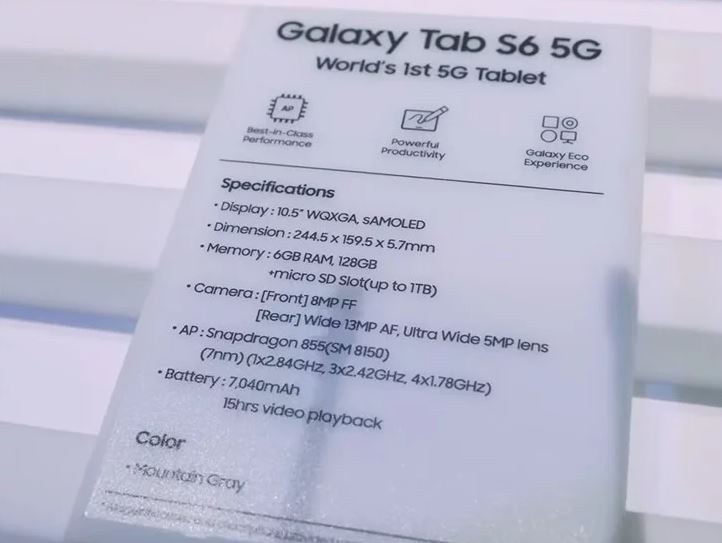 Samsung Galaxy Tab S6 5G specifications mentioned in the live image reveal Snapdragon 855 SoC with 6GB RAM and 128GB native storage, along with a dedicated microSD card slot that can expand storage by up to 1TB. As for cameras, the tablet will feature a 13-megapixel primary sensor and 5-megapixel ultra wide lens on the back and an 8-megapixel front camera. The Samsung Galaxy Tab S6 5G will house a 7,040mAh battery — same as the battery on the 4G variant.