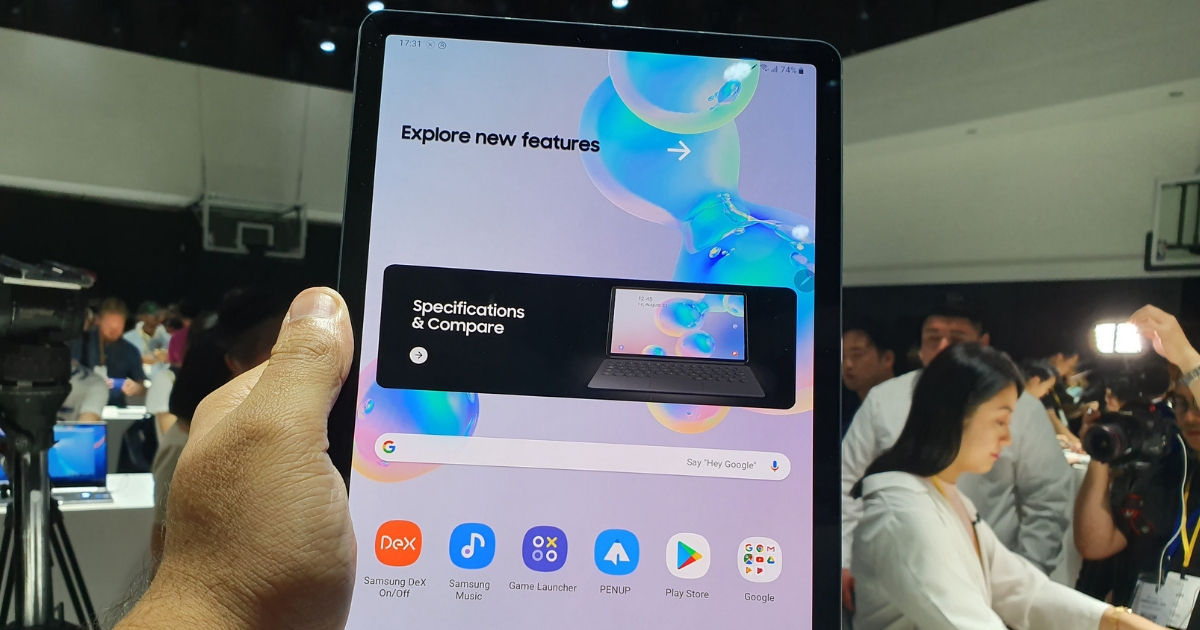 Samsung Galaxy Tab S6, which was originally announced a couple of months ago, has been launched in India. The Galaxy Tab S6 premium tablet comes with a bunch of improvements over its predecessor, the Galaxy Tab S5. These include dual rear cameras, in-display fingerprint scanner, and housing at the back panel for a new and improved S Pen. The Galaxy Tab S6 also has the powerful Snapdragon 855 processor, DeX support, and pogo pins to slap on a keyboard. Separately, Samsung has also launched the all-new Galaxy Watch Active 2 and Galaxy Watch Active LTE in the country. 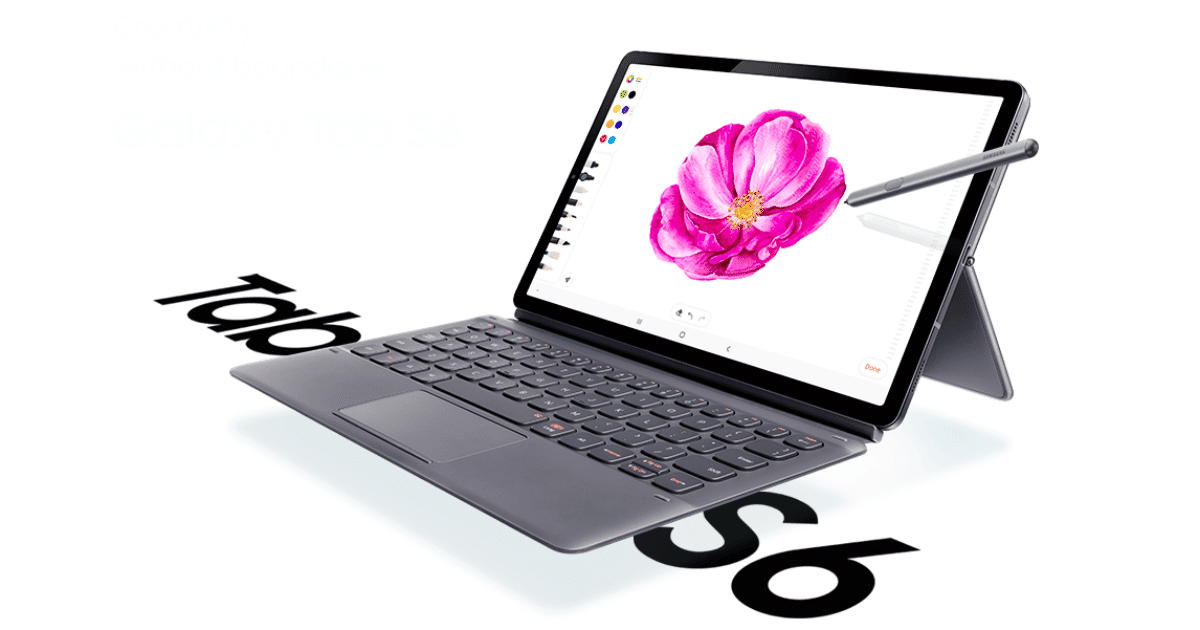 Starting with the Samsung Galaxy Tab S6 specifications, the tablet sports a 10.5-inch Super AMOLED display that bears minimal bezels, WQXGA resolution (2,560 x 1,600 pixels), and in-display fingerprint scanner. The tablet comes preloaded with Android 9 Pie-based One UI out of the box and houses a 7,040mAh battery. At the Tab S6’s heart lies Qualcomm Snapdragon 855 chipset paired with 6GB RAM and 128GB storage, which can be further expanded up to 1TB via microSD cards. 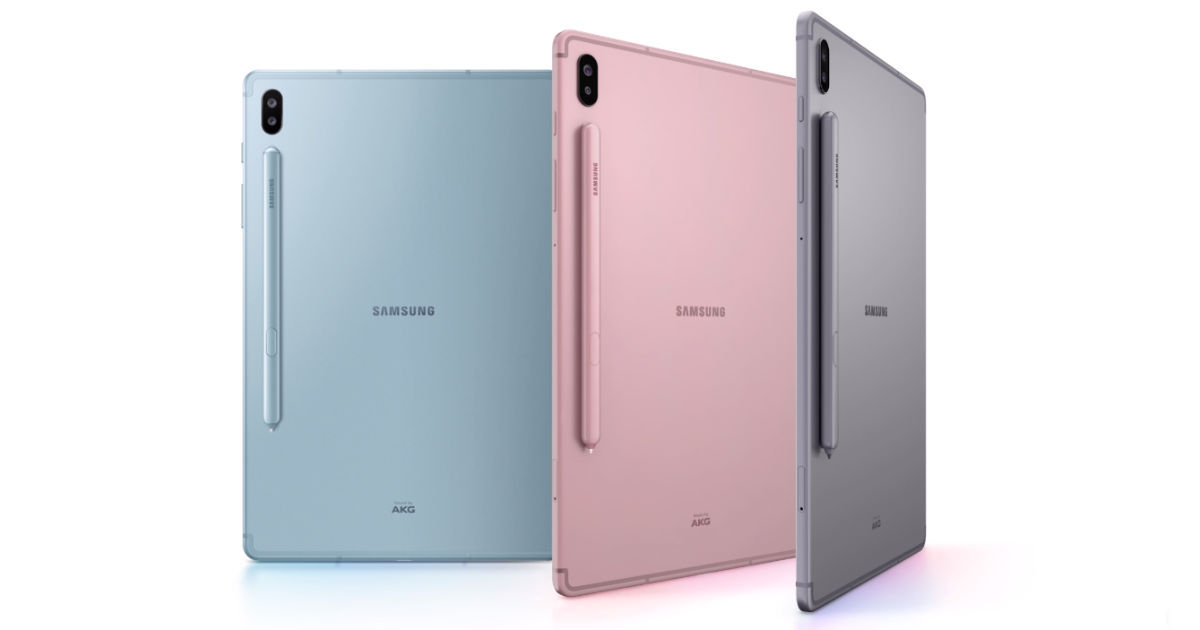 As for the cameras, the Tab S6 is the first in the lineup to ship with dual rear cameras. The setup comprises of 13-megapixel primary sensor and 5-megapixel ultra-wide lens. The front camera gets an 8-megapixel snapper for selfies and video calling. Other features include AI virtual assistant Bixby support and connectivity options such as dual-band Wi-Fi, Bluetooth 5.0, GPS with GLONASS, and USB Type-C.

The Galaxy Tab S6 price in India is set at 59,990. The tab will be available for sale from October 11th with introductory offers such as up to Rs 5,000 cashback for HDFC Bank credit and debit card customers, keyboard cover worth Rs 10,999 at Rs 5,499, and six months paid membership to YouTube Premium. 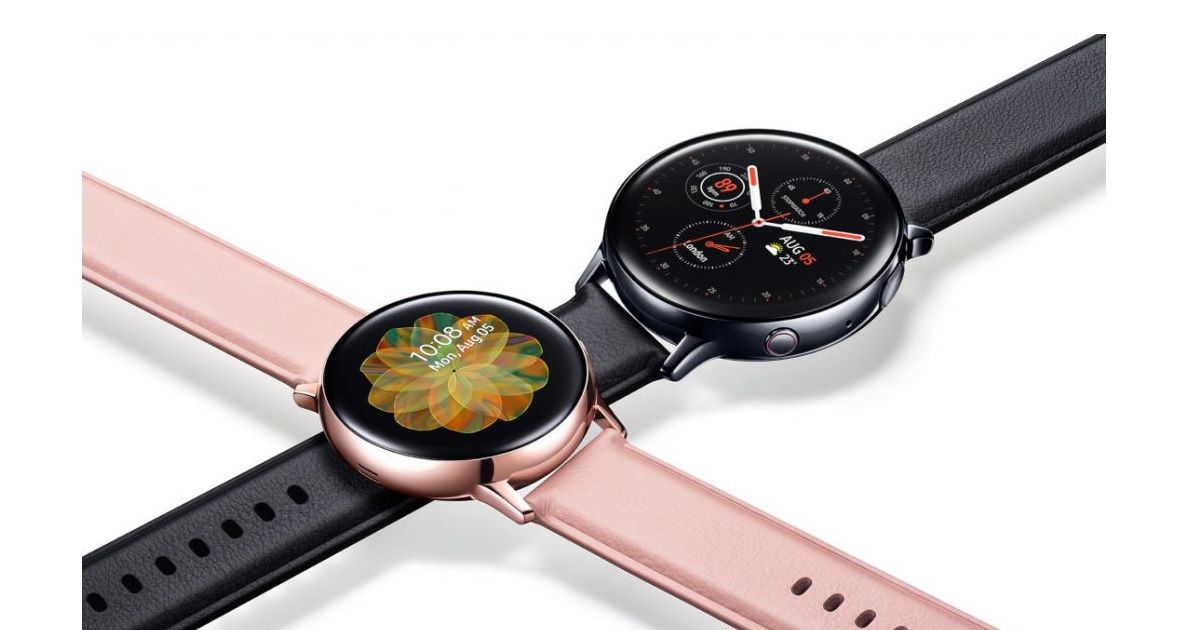 The 44mm watch comes in either stainless steel or aluminium frame and sport Super AMOLED always-on screens with a resolution of 360 x 360 pixels and a layer of Corning’s Gorilla Glass DX+. The wearable is IP68 and MIL-STD-810G certified and runs Tizen OS that offers connectivity with devices running Android 5.0 or higher or iOS 9.0 or above.

The Samsung Galaxy Watch Active 2 price in India is Rs 26,990 for the aluminium variant and Rs 31,990 for the stainless steel option. The wearable comes in a bunch of colour options, such as black, rose gold, cloud, silver, black, and gold, depending upon the variant you choose.