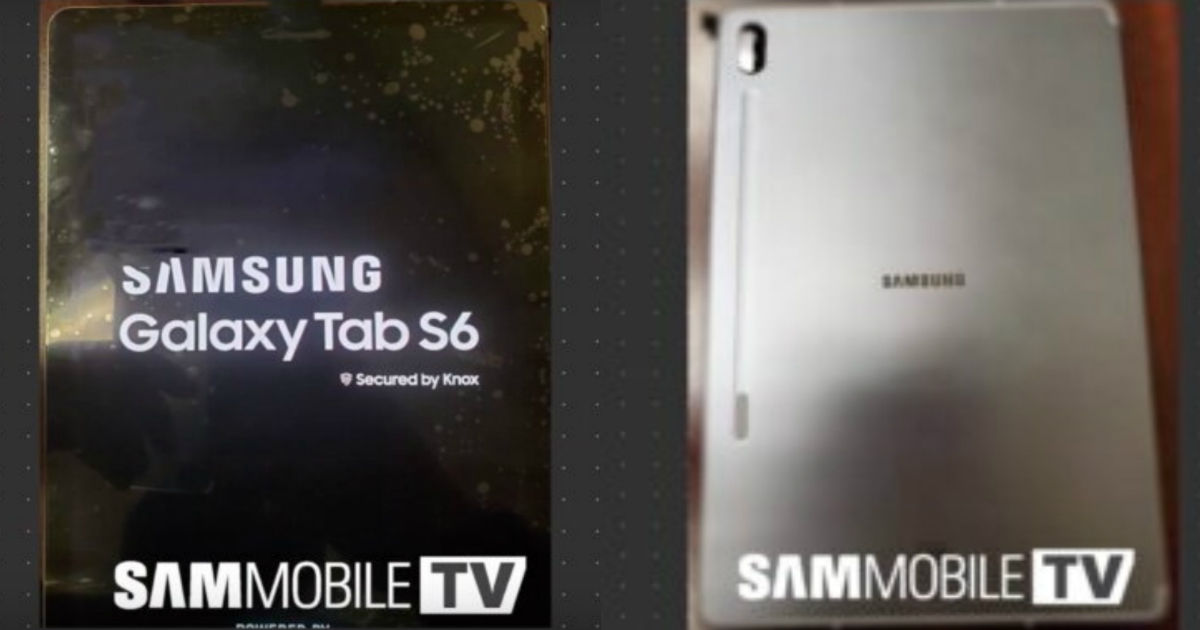 Samsung is tipped to be launching a new premium tablet sometime this year. While we wait for an official announcement, SamMobile has leaked the live images of the tablet and also claims the tablet would bear Samsung Galaxy Tab S6 moniker instead of Tab S5 as suggested by earlier rumours. The South Korean giant apparently planned the name change right after it introduced Galaxy Tab S5e back in February. Unlike the Galaxy Tab S4 that was launched with the year-old Snapdragon 835 chipset back in the day, the Samsung Galaxy Tab S6 to reportedly ship with the latest Snapdragon 855 SoC. An earlier Geekbench listing revealed the tablet would have 6GB RAM and run on Android 9.0 Pie out of the box. The Samsung Galaxy Tab S6 is likely to come with stylus support as the rear panel clearly shows magnetic housing for the pen.

Furthermore, the Samsung Galaxy Tab S6 said to flaunt a 10.5-inch display, and if the report is to be believed, the upcoming Galaxy tablet will skip the 64GB storage option as the base model would now start at 128GB storage, while the high-end model could have 256GB storage. The stylus connects via Bluetooth and it’s possible Samsung might introduce new S-Pen features. While it may be the first Galaxy tablet to have two cameras at the rear, the details of the same are unknown at the moment. Given Samsung’s sudden interest in the ToF sensor, it wouldn’t be totally surprising to see it on board.

The Samsung Galaxy Tab S6 bears model number SM-T860 for the Wi-Fi-only model and SM-T865 for the LTE variant. It will be available in Grey, Blue and Brown colour options. The tablet also supports keyboard accessory as well. Unfortunately, it isn’t clear when Samsung is planning on launching the Galaxy Tab S6. While there have been no rumours suggesting an announcement alongside the Galaxy Note 10, it isn’t unlikely. We should know more details soon.