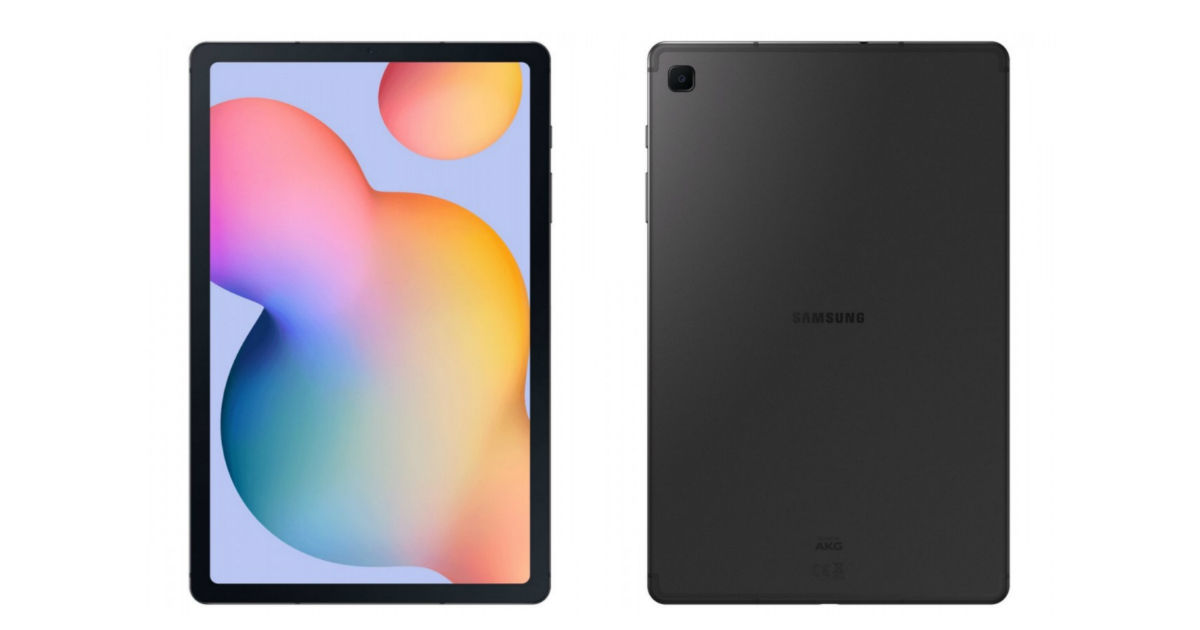 Samsung Galaxy Tab S6 Lite launch could be inching closer as it was already certified by the FCC, Bluetooth SIG, and the Thailand NCC database. These listings revealed some key details of the tablet including Bluetooth 5.0 connectivity, dual-band Wi-Fi and more. Now, while we wait for the launch, the Samsung Galaxy Tab S6 Lite renders and complete specifications have leaked online, courtesy of Winfuture.de.

The press images show the Galaxy Tab S6 Lite will have a typical boxy design with a flat display, thick bezels on each corner and a single camera sensor on the back. The tablet will at least be available in Black and Blue colours and will have speakers fine-tuned by AKG. The volume rocker and power button are on the right. The tablet seems to have an aluminium frame and matte finish at the back.

The Samsung Galaxy Tab S6 Lite is said to sport a 10.4-inch display with 2,000 x 1,200 pixels resolution and have S-Pen support. It is tipped to be powered by the tried and tested Exynos 9611 SoC coupled with 4GB RAM and 64GB internal storage that should be further expandable. There will also a 128GB model in some markets. It is likely to boot Android 10 OS with OneUI custom skin. Connectivity options could include 4G LTE (optional), Wi-Fi, Bluetooth, GPS, NFC and a USB Type-C port. In terms of optics, the Samsung Galaxy Tab S6 Lite rocks a single 8MP rear camera and a 5MP front snapper for video chats. A 7,040mAh battery is said to fuel the tablet. It weighs 467 grams and will have S-Pen support. While it’s not confirmed, the Samsung Galaxy Tab S6 Lite is said to retail between €350 (around Rs 28,900) to €400 (approx Rs 33,000) for the Wi-Fi-only version.