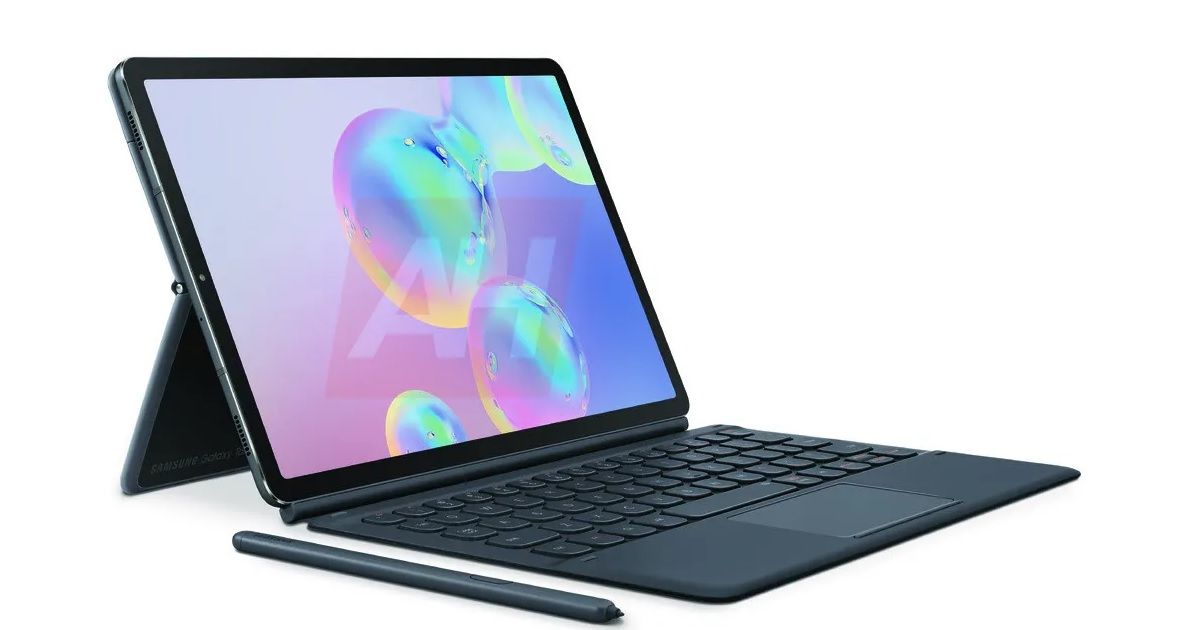 Samsung Galaxy Tab S6 press renders have been leaked on the interwebs, revealing the design of the slate from all angles. Design of the slate seen in the new images matches with the recently leaked live photos of the device. Notably, the press renders have confirmed many of the Samsung Galaxy Tab S6 specifications that 91mobiles exclusively leaked earlier. The leaked images have highlighted the tablet’s dual primary cameras and the stylus pen. While the renders haven’t revealed it, the Galaxy Tab S6 is expected to be the first tablet with an in-display fingerprint sensor, as per our sources. That said, let’s get into the details of the slate’s design.

The leaked renders suggest that the Samsung Galaxy Tab S6 will have narrow bezels all around the screen. Apart from the selfie camera, there won’t be any buttons on the bezels. At the rear, the slate will have two primary cameras, which will be placed vertically. The metal unibody tablet will have a vertical groove at the rear below the main cameras where the S Pen of the device will magnetically attach to it.

At the bottom, the slate has a USB Type-C port and two speakers, and there also are two more speakers on the top edge, which will all be AKG-tuned. Notably, photos reveal that the tablet will not arrive with a 3.5mm headphone socket. Lastly, the leak suggests that the Galaxy Tab S6 will be able to attach to a keyboard case.

As per our sources, the Galaxy Tab S6 will feature a Super AMOLED screen panel. The slate will be powered by a Snapdragon 855 flagship processor, and will come in 128GB and 256GB storage variants. The tablet will feature dual 13MP + 5MP cameras at the back, and an 8MP shooter on the front. The slate will offer up to 15 hours of usage on a single charge, and it will support fast charging. Other highlights will include Samsung DeX support, built-in Bixby assistant, call and message continuity feature, support for controlling smart home products with the SmartThings app.

While the South Korean tech giant hasn’t officially confirmed it, the Galaxy Tab S6 is expected to go official on August 7th, alongside the Samsung Galaxy Note 10 flagship.