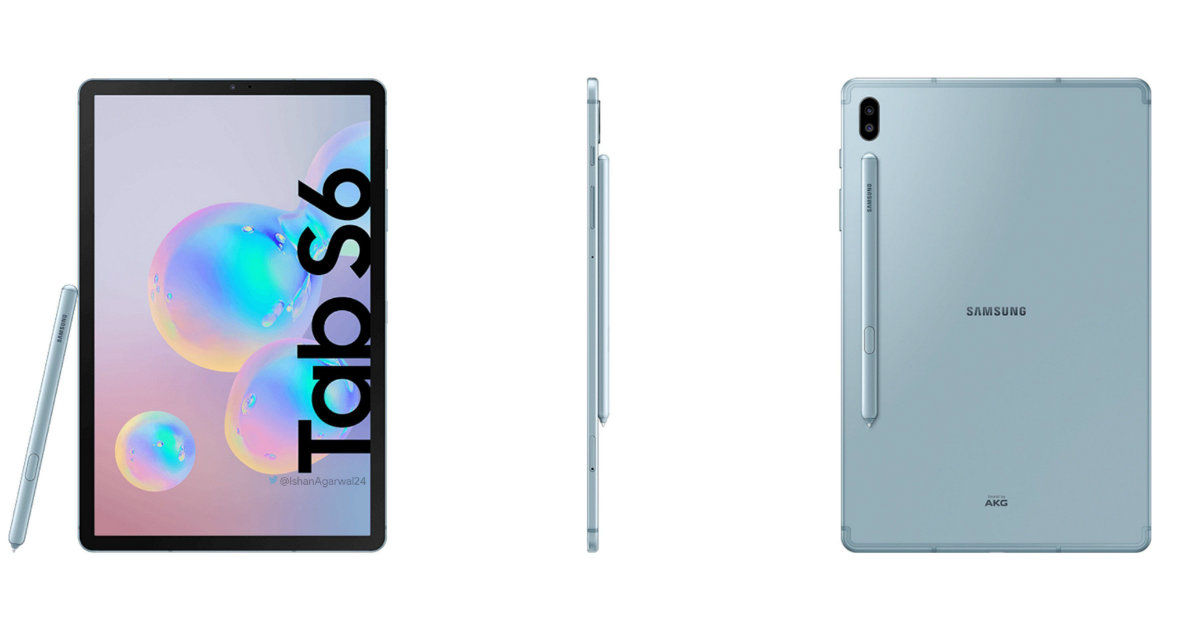 “While there are no confirmed reports, the second front sensor may mark the return of the iris sensor on the flagship Samsung tablet”

Samsung might just have a surprise up its sleeve at the August 7th event where the Galaxy Note 10 is expected to be launched. Given the frequency of leaks, the Samsung Galaxy Tab S6 may end up launching sooner than expected, and may be a part of the event in New York City. Now, a new leak has surfaced, which shows a second front-facing sensor that was previously not spotted in the other renders. It is not quite clear as to what this new sensor on the Samsung Galaxy Tab S6 might be for, since there has been no mention of any further details.

Given the nature of the tablet, it might be possible that Samsung is reintroducing the iris sensor to its Android tablet, which will facilitate iris recognition in its biometric authentication portfolio. Apart from this, there is not much else that is new to these renders. The Samsung Galaxy Tab S6 will feature Samsung’s new tablet design language, including the slim and uniform bezels and antenna bands pushed towards the edges to create a clean, sleek back profile.

The S-Pen is seen in the renders as sporting a magnetic attachment with the rear of the tablet. The colour scheme of the S-Pen will match that of the tablet, and be available in grey, blue and pink. To the rear, we can also see a dual-camera setup, as well as AKG branding that will presumably power stereo speakers. Apart from this, the tablet is expected to be powered by the Qualcomm Snapdragon 855 SoC, along with 6GB of memory and 128GB native storage for the base variant. The battery is expected to be 6,840mAh in size, which is slightly smaller than that of the Galaxy Tab S4.

The Galaxy Tab S6 is expected to be available in both Wi-Fi only and LTE variants. It is also slated to get an optional keyboard cover that includes a trackpad, which may make it an able desktop replacement and a strong rival to the Microsoft Surface lineup, when in Samsung’s DeX mode. The addition of the iris sensor would make it an even more complete package, and an exciting prospect in the dwindling industry of Android tablets. 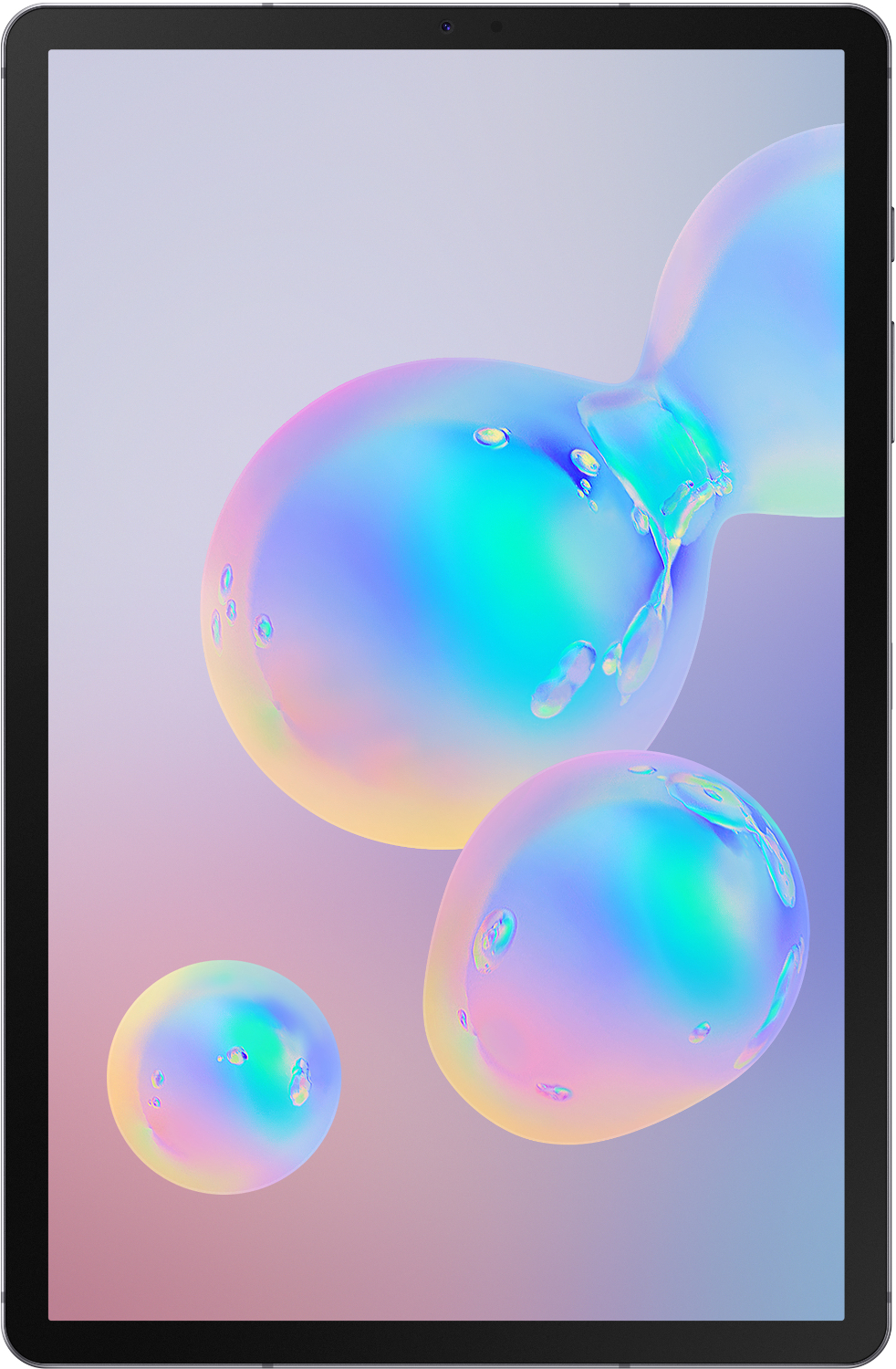 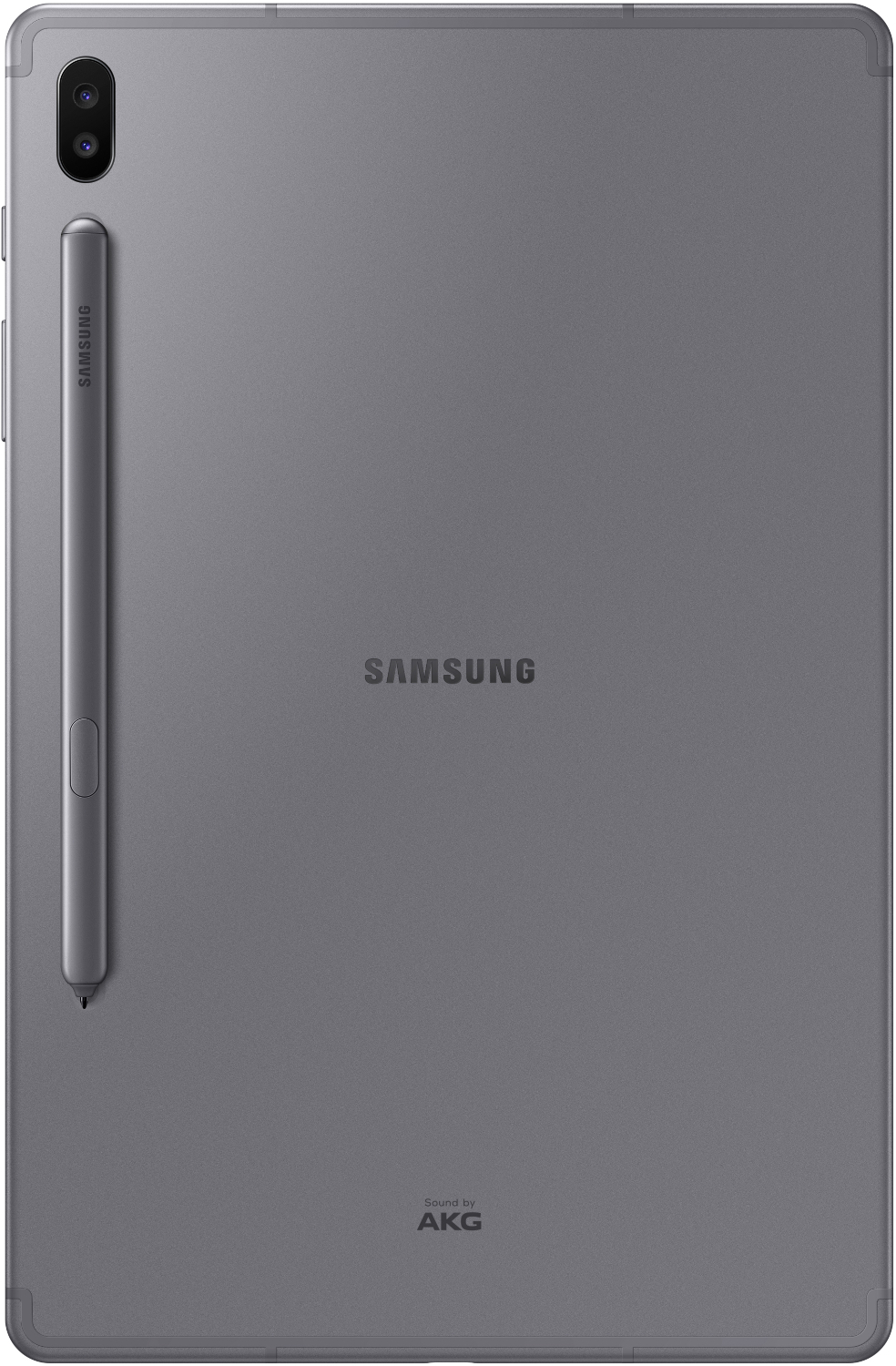 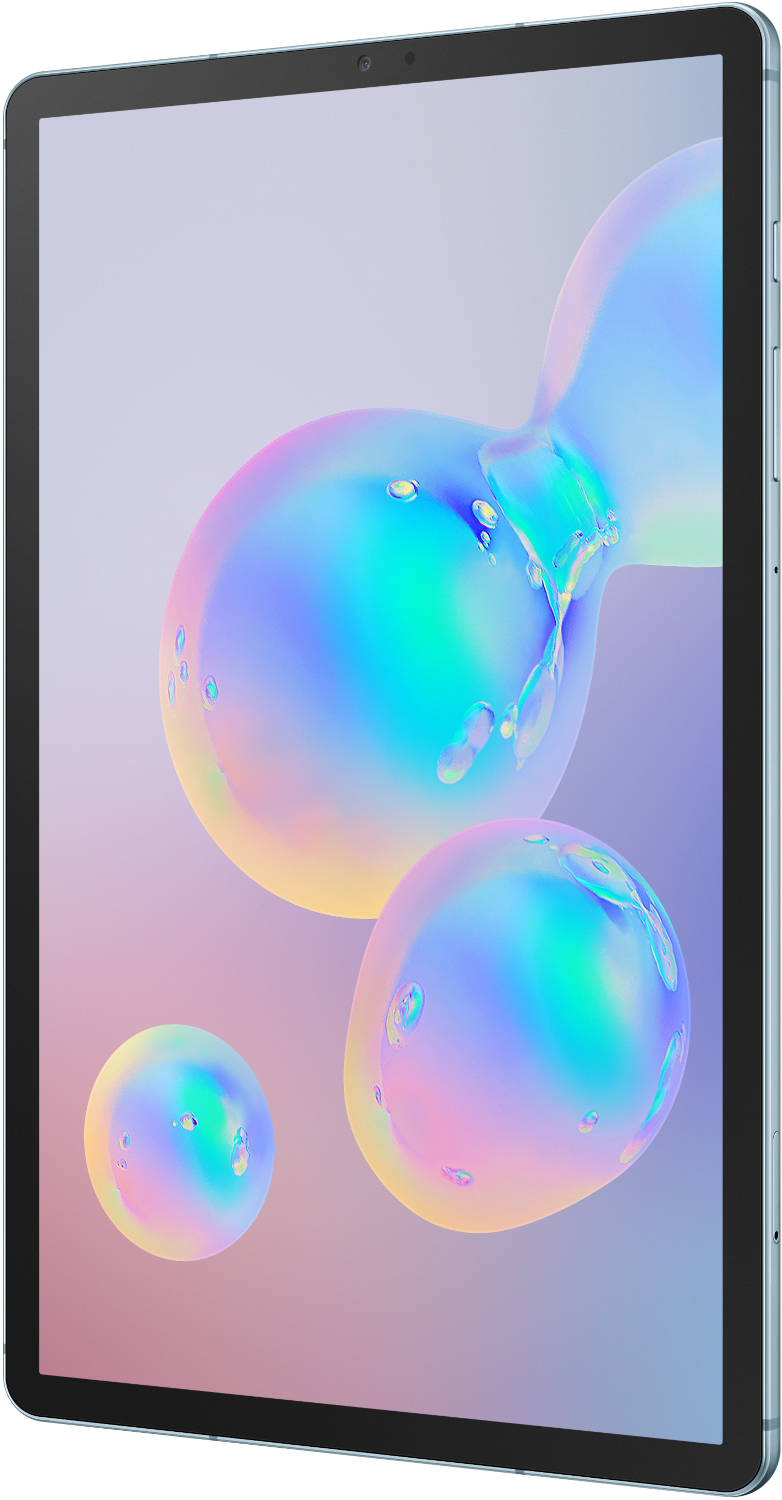 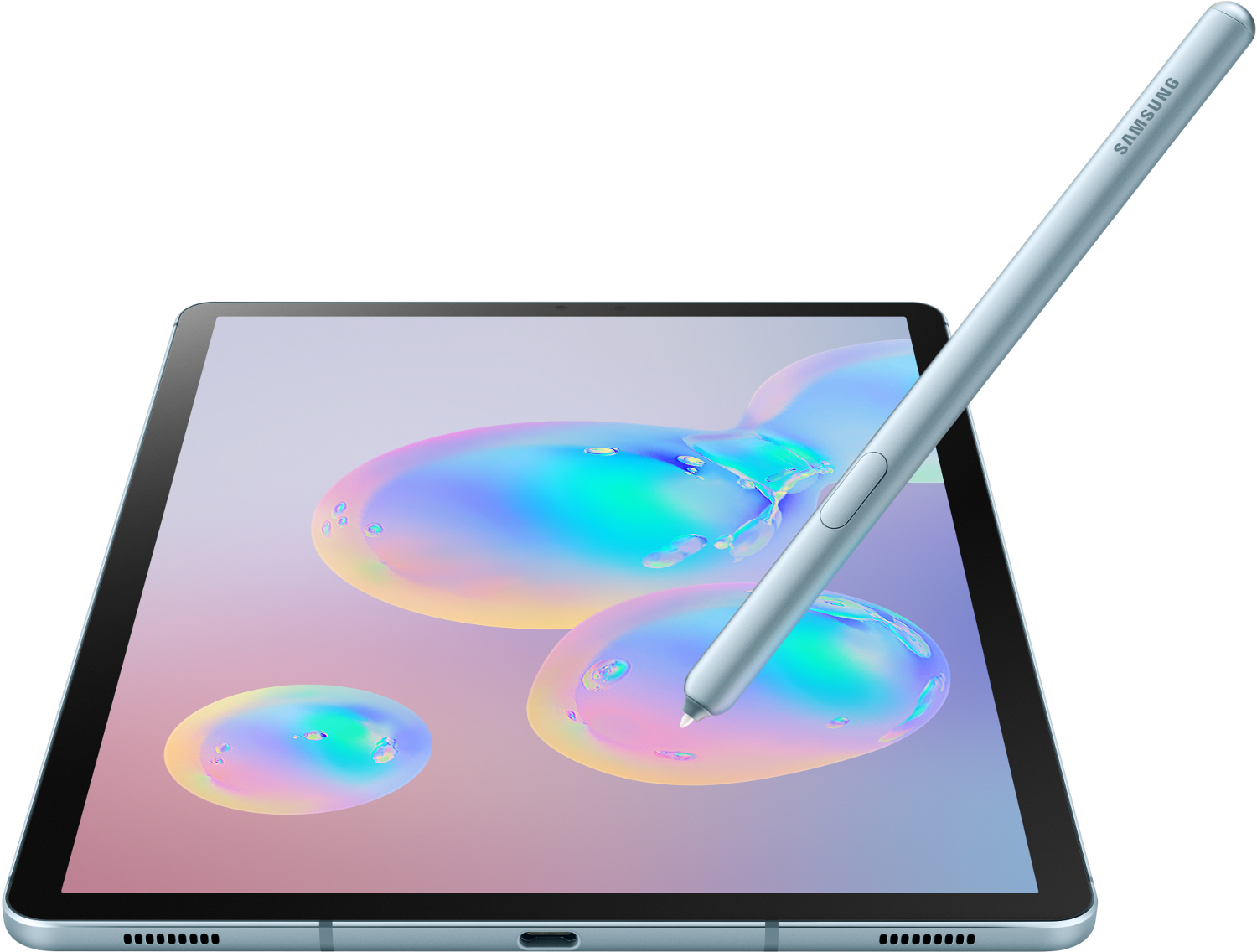 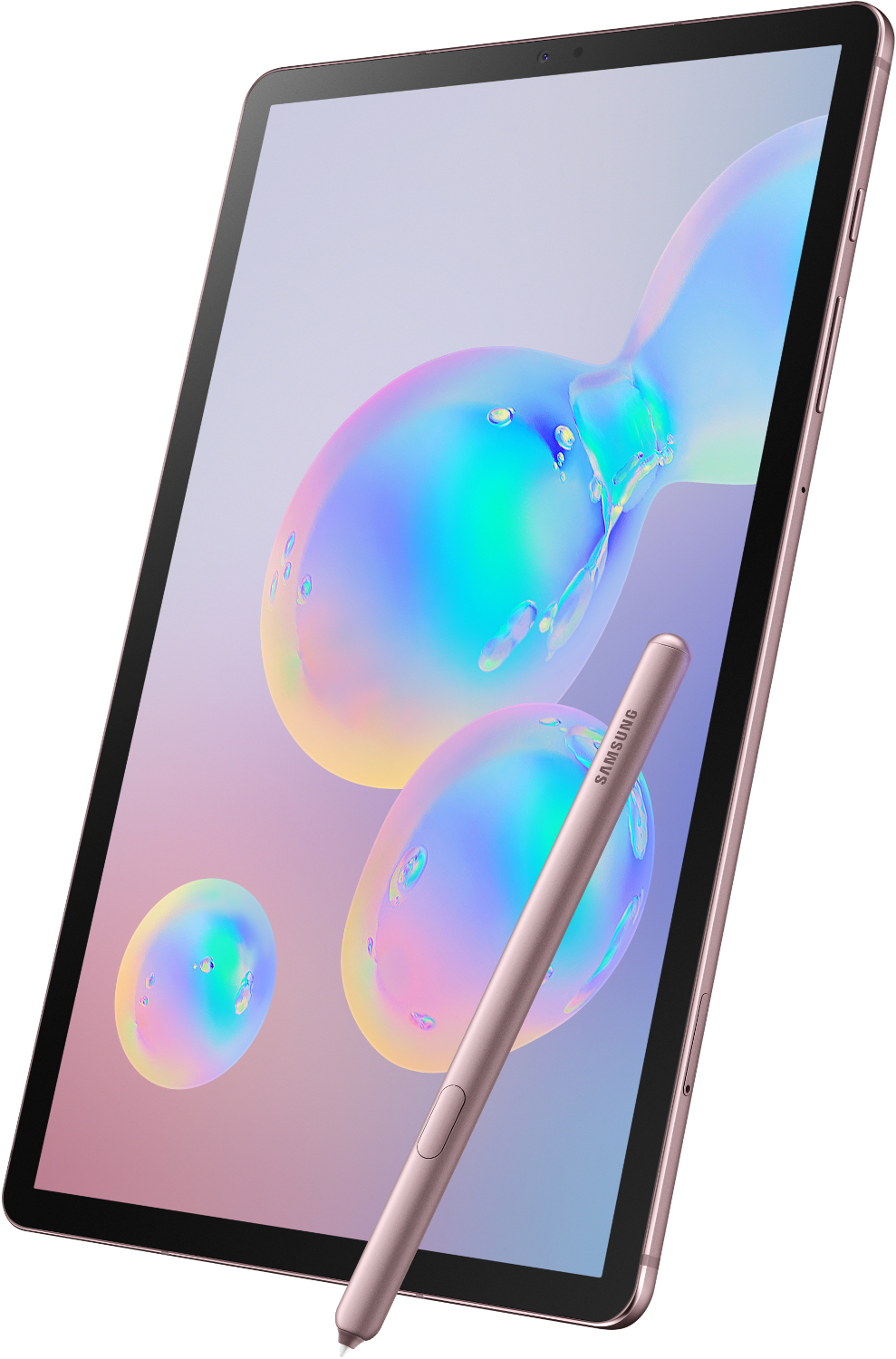