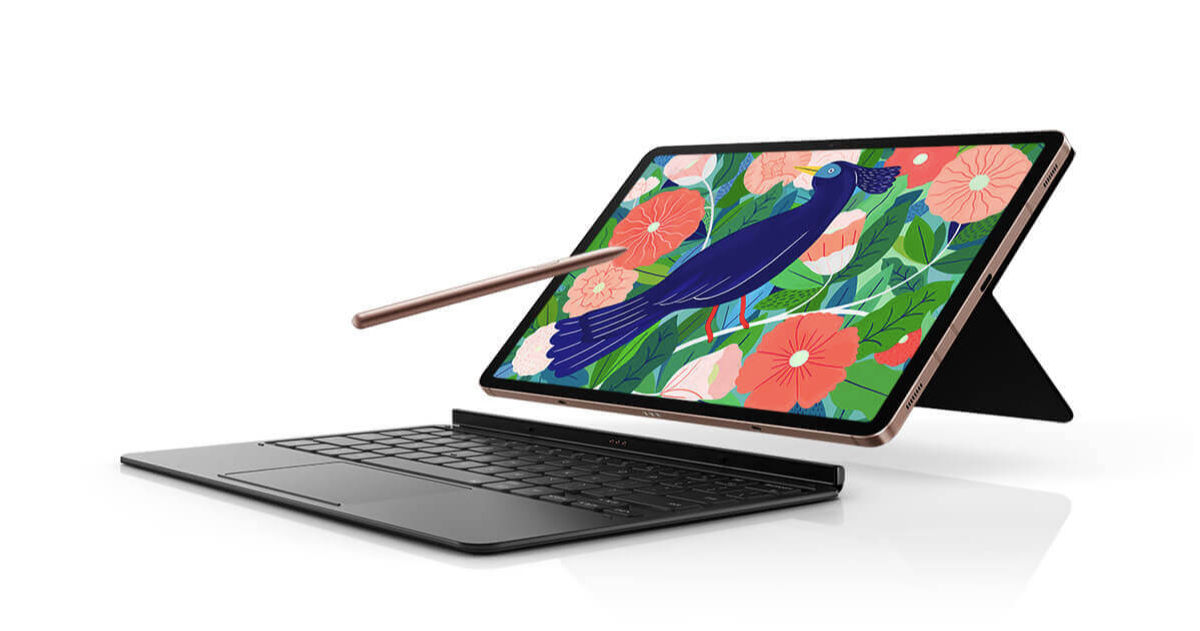 The Samsung Galaxy Tab S7 sports an 11-inch LTPS TFT WQXGA LCD display with 2,560 x 1600 pixels resolution and 120Hz refresh rate. It is powered by the Snapdragon 865+ SoC, coupled with Adreno 650 GPU, 6GB RAM, and 128GB internal storage that is further expandable via microSD card. The tablet boots Android 10 OS with OneUI 2.0 custom skin on top. As for the cameras, the Samsung Galaxy Tab S7 rocks 13MP primary sensor and a 5MP ultra-wide-angle lens paired with autofocus and LED flash. It has an 8MP snapper on the front for selfies and video chats. It also has a side-mounted fingerprint sensor.

While most of the specifications of the Galaxy Tab S7+ remain the same as the standard model, it gets a slightly bigger display and few other changes. It sports a 12.4-inch WQXGA+ Super AMOLED display with 2,800 x 1,752 pixels resolution, 120Hz refresh rate, and an in-screen fingerprint sensor. The tablet packs a bigger 10,090mAh battery, measures 285 mm x 185 mm x 5.7 mm, and weighs 590 grams. Samsung Galaxy Tab S7+ is also powered by the Snapdragon 865+ SoC, packs up to 8GB RAM, and 256GB storage. The dual-rear camera setup on its back is similar to that of the standard Galaxy Tab S7.