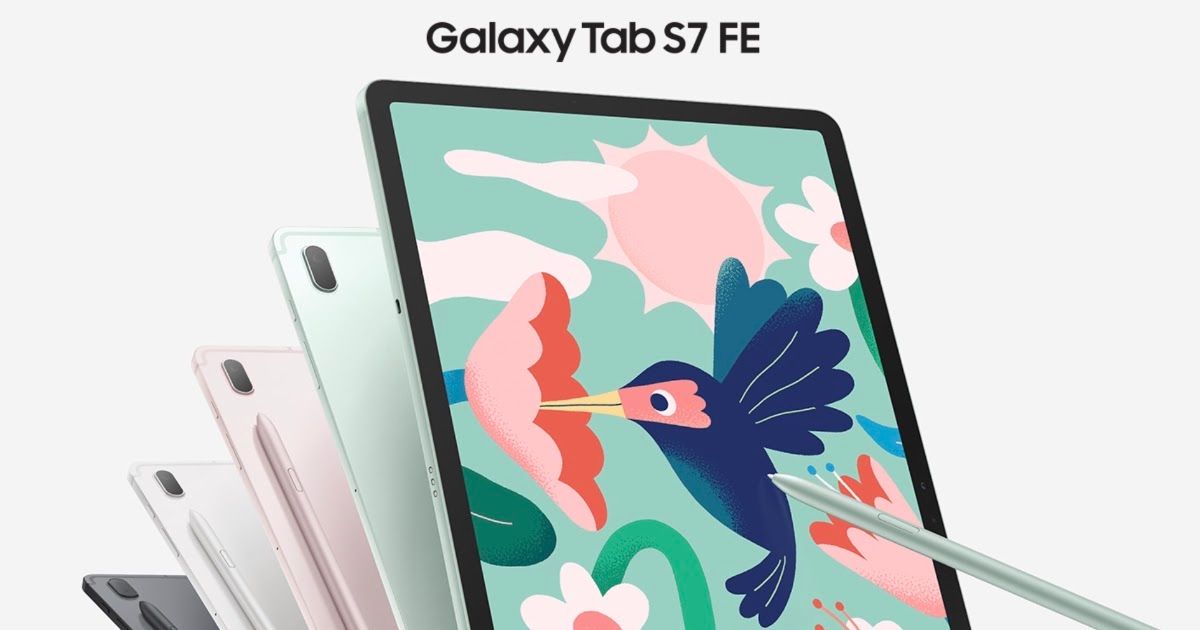 With the recent launch of the Samsung Galaxy Tab S7 FE, the battle for tablet dominance in India really heated up. Characterised by a large display, S Pen in-box, a massive battery and even a complete PC-like experience, the new tablet has all the features needed to be on top of everyone’s wish list this season. In the Indian market, it will square off against Apple’s iPad Air and Lenovo Tab P11 Pro. Let’s do a detailed comparison of the three tablets to give you a full lowdown on which one fares better.

The bigger screens on tablets make them perfect companions for those who like watching movies and TV shows on the go. And in that regard, the bigger the screen, the better the whole experience. The Samsung tablet wins in this department with its massive 12.4-inch panel with 16:10 aspect ratio that is perfect for streaming your favourite shows on Netflix, Amazon Prime Video, Hotstar and other platforms. This high-resolution 2560 x 1600-pixel display has a pixel density of 243ppi, which means you get the best quality viewing experience on the tablet.

Compared to the stunning display on Samsung Galaxy Tab S7 FE, the Lenovo Tab P11 Pro screen measures 11.5 inches in size, while the iPad Air houses the smallest display among the three at 10.9 inches. Along with the large panel, the Samsung tablet also has an 84.6 percent screen-to-body ratio, leading to an immersive experience. The Apple tablet’s 81.3 percent screen-to-body ratio leaves quite some unused space around the display.

All three tablets come with stereo speakers, but only the Samsung Galaxy Tab S7 FE and the Tab P11 Pro offer support for Dolby Atmos sound. While the speakers on the former are tuned by AKG, the ones on the latter are tuned by JBL. With the combination of a large panel and AKG-tuned stereo speakers with Dolby Atmos support, the Galaxy Tab S7 FE definitely wins the battle in the entertainment department. Watching movies and TV shows promises to be an absolute delight on the device.

Tablets are often used as replacements for laptops since they bring new levels of portability to the mix. Their productivity aspects, hence, become really important. One of the best parts about buying the Samsung Galaxy Tab S7 FE is that it comes bundled with the S Pen stylus, making it easy to take notes or unleash your creativity on a host of supported apps like Noteshelf, Clip Studio, Paint, etc. While the iPad Air also supports the Apple Pencil accessory, you need to spend an additional Rs 10,900 to get one for yourself. The same goes for the Precision Pen from Lenovo, which has a Rs 6,000 price tag. 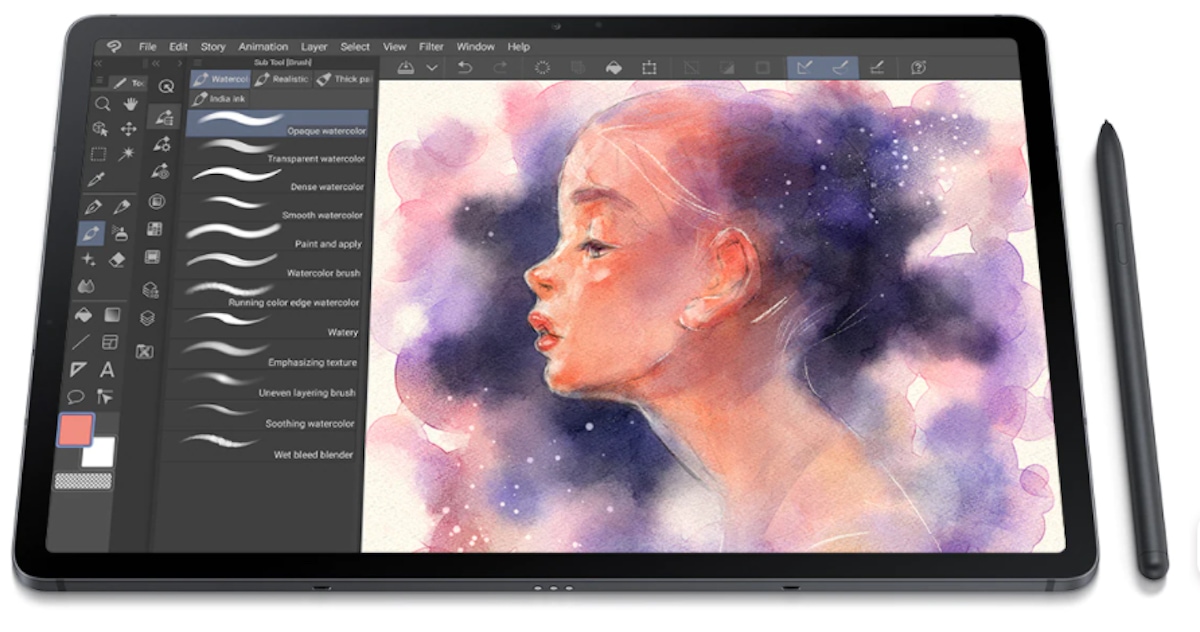 What’s interesting is that the Samsung tablet also provides a full PC-like experience when connected to the optional Keyboard Cover. Then there’s the powerful DeX mode as an option in the Settings that arranges your apps and files into a simplified desktop-friendly layout, complete with an intuitive taskbar. This is great for when you’re switching to work mode and quickly want your usual workflow to be accessible. The iPad Air makes no such distinctions in its work and play modes, and the same goes for the Lenovo tablet.

If you’re a fan of multitasking, you’ll be pleased to know that the Samsung Galaxy Tab S7 FE allows up to three apps to work simultaneously. While the iPad Air too offers such a feature, it limits the number of apps to just two. Hidden in the Lenovo tablet’s settings is a windows mode but it’s nowhere near as intuitive as that of the Samsung device. 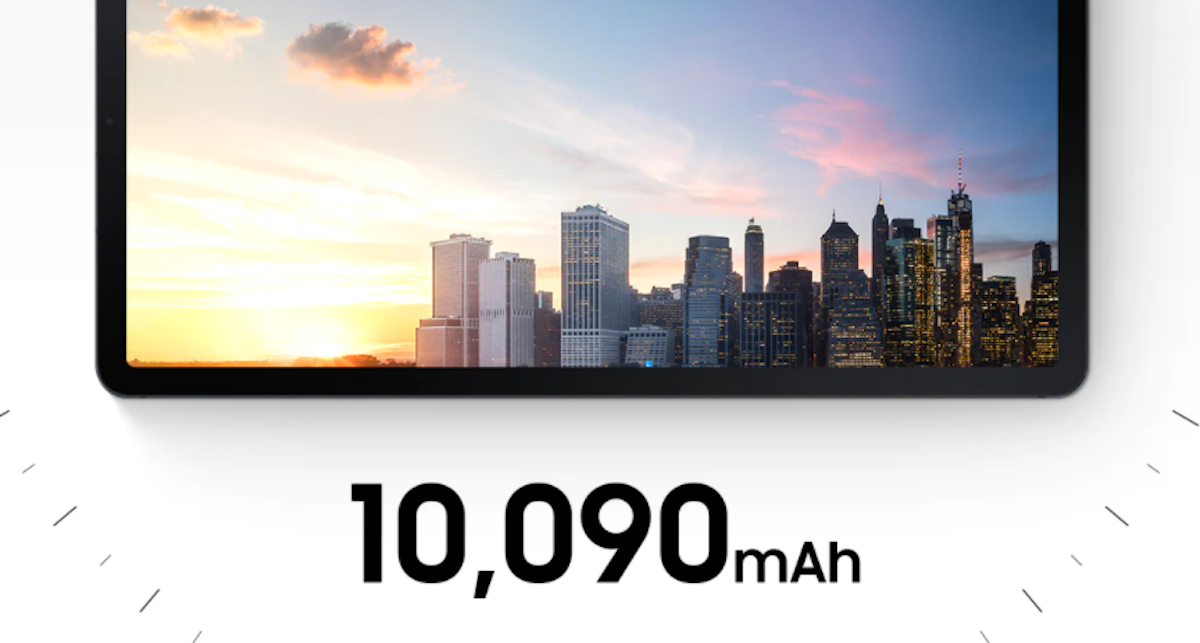 The Samsung Galaxy Tab S7 FE stands tall in the tablet market in this department, as it packs a massive 10,090mAh battery inside. Apple hasn’t officially revealed the battery capacity of its iPad Air but we do know that it’s a 7,606mAh cell, relatively small for a tablet. As for the Lenovo tablet, its battery is an 8,400mAh unit, about 20 percent smaller than the one on the Samsung model. Thanks to the massive 10,090mAh battery, you get 13 hours of continuous video playback or 12 hours of web browsing, something that’s not achievable on either of the competitor device.

Besides the huge cell, Samsung Galaxy Tab S7 FE has yet another advantage in the battery department. Its 45W Super Fast Charging can give it a day’s worth of juice in around 30 minutes. The iPad Air supports slower 30W charging tech, whereas the Lenovo Tab P11 Pro can only offer 20W fast charging.

Amazing camera that keeps the focus on you 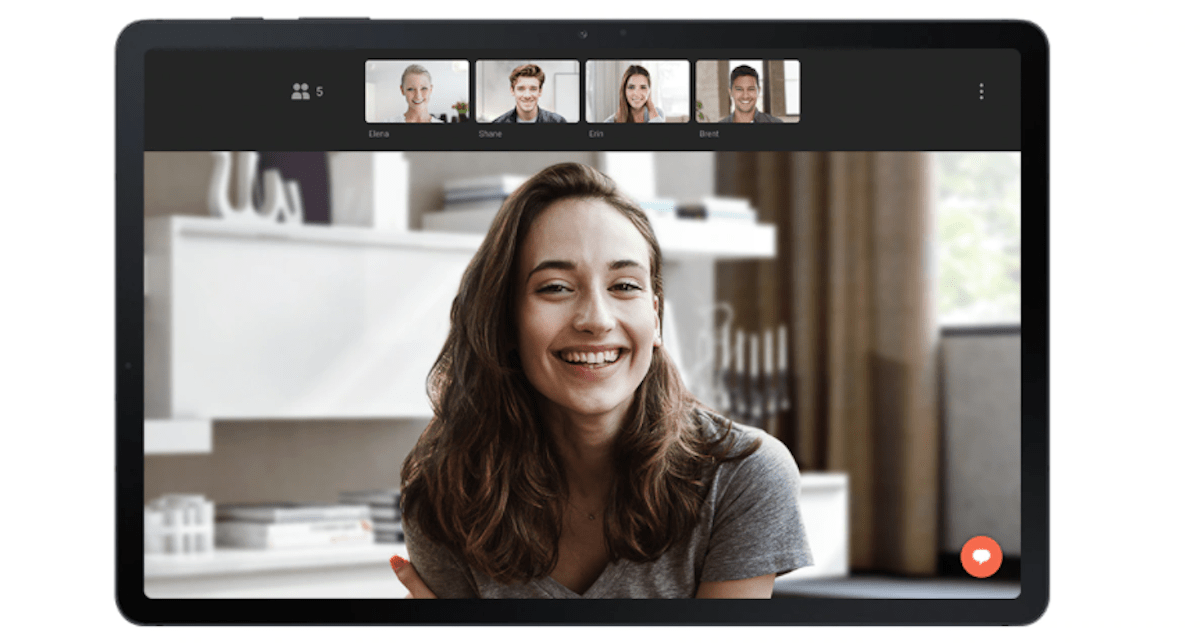 Tablets aren’t particularly made with photography in mind but lately, they are being blessed with decent cameras, considering how important video calling has become in the post-pandemic world. The Samsung Galaxy Tab S7 FE ships with a 5MP landscape-oriented front camera that automatically keeps you in the frame in case you are moving around, making it perfect for video chats. It also features a 3-mic array that reduces surrounding noise. The other two tablets have only two mics and don’t offer the face-tracking landscape mode that the Samsung device does. As for the rear cameras, an 8MP sensor can be found on the Galaxy, a 13MP lens on the Lenovo tablet, and a 12MP sensor on the iPad Air. 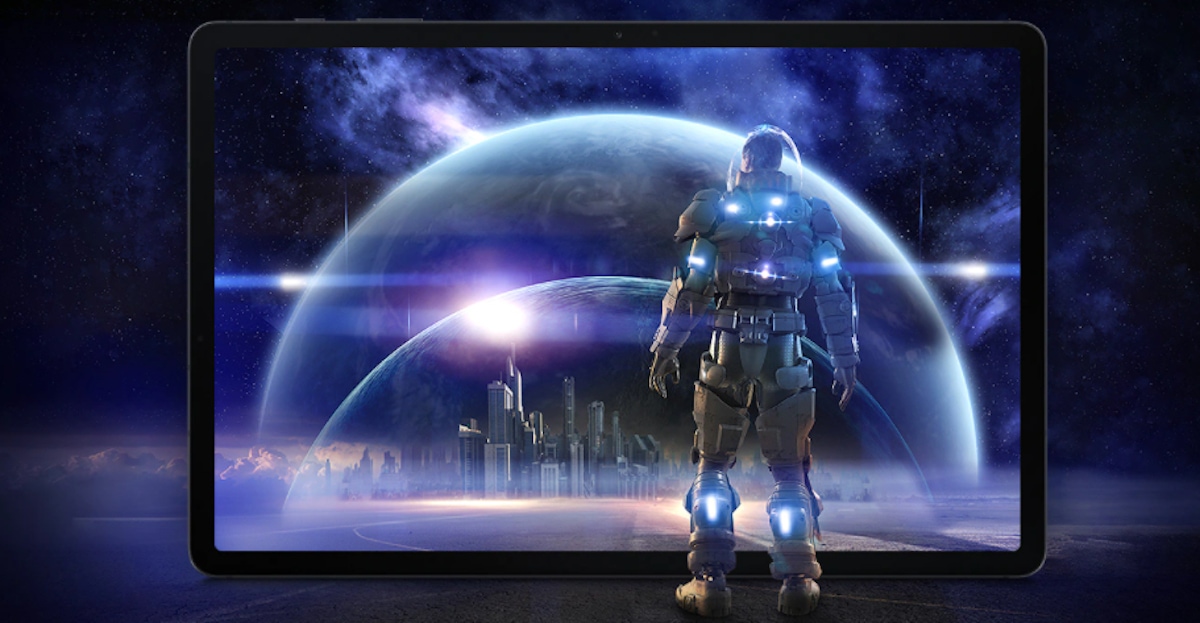 Among the two Android tablets in this comparison, the Samsung Galaxy Tab S7 FE is the only one running on Android 11, as the Lenovo tablet runs on Android 10. The Samsung device also supports the Snapdragon 750G, a powerful and chipset that delivers a fast and smooth performance. The iPad Air runs on the A14 Bionic that was introduced via the iPhone 12 range one year ago. Both the Samsung and Lenovo tablets offer microSD card slots, which the iPad doesn’t.

This comparison has made the choice between these three tablets extremely clear. The Samsung Galaxy Tab S7 FE is easily a great tablet that surpasses the competition in several key aspects. Not only does it offer superlative entertainment features, but also delivers excellent productivity features. And there’s no question about which one offers the best battery life.

On top of all this, the Samsung Galaxy Tab S7 FE beats the others in pricing. Its Wi-Fi-only model with 4GB RAM has an MRP of Rs 41,999, but if you buy it right now, you can get it for only Rs 38,999 from Samsung’s e-store. You can also avail of the SBI Bank offer and get an instant cashback of Rs 4,000, bringing the starting price down to just Rs 34,999 and making the Samsung tablet even more attractive proposition. As opposed to that, the Wi-Fi-only version of the iPad Air costs as much as Rs 54,900. The Lenovo Tab P11 Pro only comes in the form of an LTE model and costs Rs 44,990.

Customers purchasing Galaxy Tab S7 FE will also be eligible for Rs 10,000 discount on the Keyboard Cover, which has an MRP of Rs 14,999. The effective price of Keyboard Cover will be just Rs 4,999 with the bundled offer. With such amazing features, it’s no wonder Samsung Galaxy Tab S7 FE has received so much praise from all quarters. So head to Samsung.com or Amazon.in today and get your next tablet with an unparalleled viewing and productivity experience!