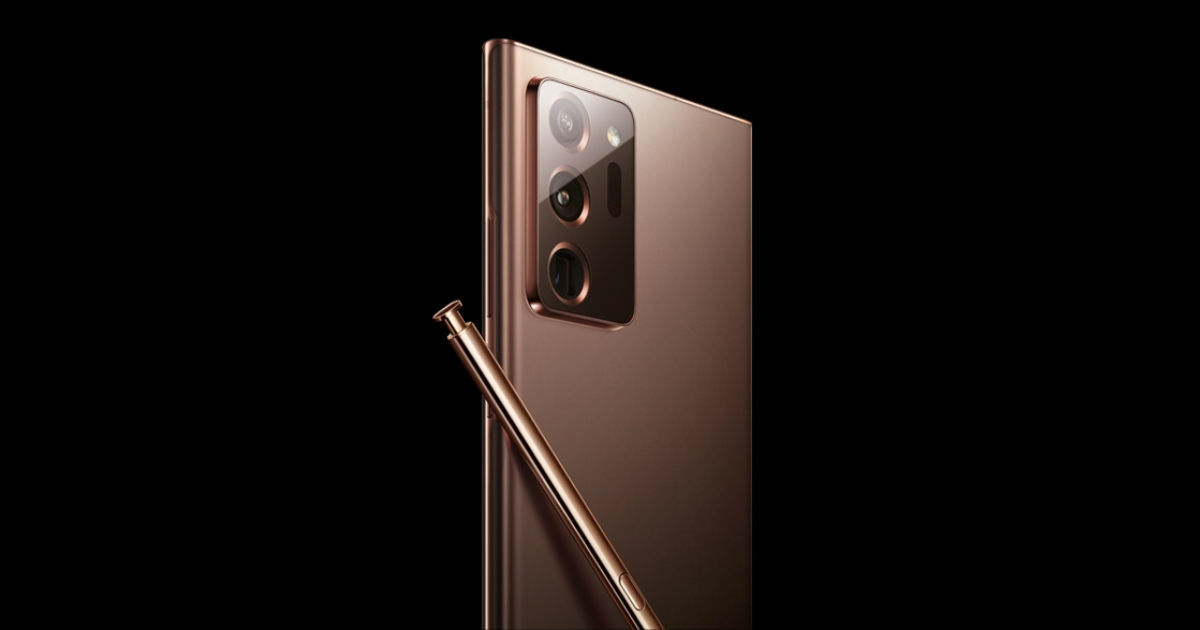 How to watch the Samsung Galaxy Unpacked 2020 livestream?

The Samsung Galaxy Unpacked 2020 event will kick off at 7:30 pm IST. Much like most events this year, the South Korean giant will also hold an online conference and the same will be live-streamed via Samsung.com, Samsung Newsroom and the company’s official social media channels.

Talking about the standard Samsung Galaxy Note 20, it is said to sport a Full HD+ display with regular 60Hz refresh rate. While the high-end Note 20 Plus and Note 20 Ultra 5G are tipped to pack Quad HD+ panel with 120Hz screen and HDR10+. All the models will have a punch-hole cutout for the selfie snapper. The flagships are likely to run Android 10 OS and have an ultrasonic in-display fingerprint sensor for security. The Indian models will be powered by the Exynos 990 SoC, while the international models may use Snapdragon 865 SoC paired with LPDDR5 RAM and UFS 3.1 storage.

As for the optics, the Samsung Galaxy Note 20 is said to pack triple camera setup which will include a 12MP wide-angle sensor, a 64MP telephoto sensor, and a 12MP ultra-wide sensor. The Note 20 Ultra could have a quad-camera module with a 108MP main sensor, a 12MP ultrawide, a 13MP periscope zoom with up to 100x zoom, and laser autofocus. The Samsung Galaxy Note 20 series price is tipped to start at Rs 87,700 in Europe and is said to launch in India on August 28th.

Samsung Galaxy Z Fold 2 is also expected to the Unpacked event. This will succeed the original Galaxy Fold from 2019. The Samsung Z Fold 2 is said to sport a 7.7-inch AMOLED display with 120Hz refresh rate and a 6.23-inch secondary display. It will have 5G connectivity and the triple camera setup on the rear will include a 12MP + 64MP + 12MP sensors, and a 10MP sensor on the inside. It is said to pack 512GB storage, have 5G connectivity, a 4,356mAh battery with 15W wireless charging.

Samsung Galaxy Watch 3 will debut on the same stage and is said to come in two models: 45mm and 41mm. They are tipped to pack a 1.4-inch and 1.2-inch displays, respectively. The smartwatch will have a rotating bezel for navigation and boot Tizen OS. Both the models are tipped to come with 1GB RAM, 8GB storage, and IP68 rating for water-resistance.

Samsung Galaxy Buds Live are the company’s upcoming TWS earphones and the design is drastically different from the predecessors. They will have a pill-shaped charging case. The TWS earbuds are said to come with ANC support, ability to last between 4.5 and 7.5 hours on a single charge. They are said to cost around Rs 16,600 in Europe.

Lastly, Samsung is also expected to introduce the Galaxy Tab S7 and Tab S7+ on the same stage. While the former is tipped to sport an 11-inch LCD screen, the latter could have a slightly bigger 12.4-inch AMOLED display. Both the flagship tablets are said to come with Snapdragon 865 Plus SoCs paired with at least 6GB of RAM and 128GB storage. They are tipped to come with 120Hz refresh rate, DeX support and new S Pen. We should know more details about these Samsung products when they go official later today.