91mobiles.com
Home Feature In case you missed it, here are the best moments from Galaxy... 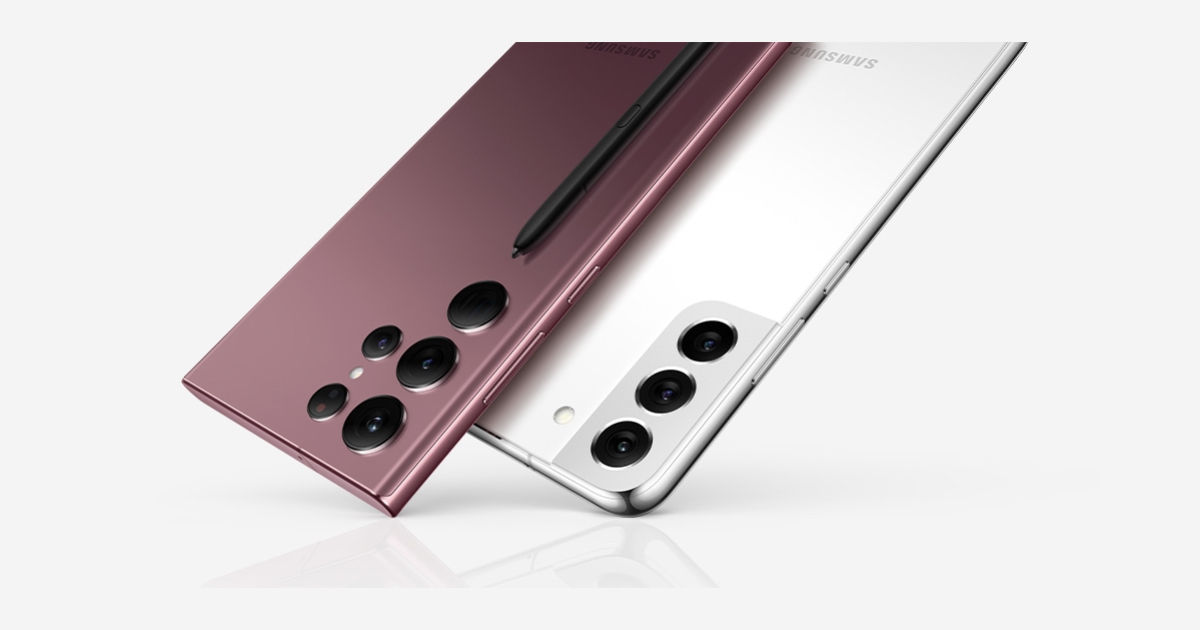 Samsung’s Galaxy Unpacked event is over and, boy, it was a doozy. With three new Galaxy S22 series smartphones and three new Galaxy Tab S8 tablets, the event was jam-packed with so much information that we are still unravelling all the details. In case you missed this incredible hour of technology entertainment, this article is for you. Here, we will recount the best moments from the Galaxy Unpacked 2022 event and focus on the unveiling of the Samsung Galaxy S22 series so you know in detail everything the tech giant announced at the event.

Check out these epic moments from the Galaxy Unpacked

The event started with an eloquent introduction from Dr TM Roh — President & Head of MX Business, Samsung Electronics. He talked about how technology has become intertwined with our lives and how Samsung is innovative in this space to provide users with cutting edge technology that Samsung is known for. He also talked about Samsung’s dedication towards becoming a sustainable company with minimal impact on the environment.

Samsung is building towards a connected world with its devices empowering more people from more places in order to build a more inclusive future. And what better devices to bring this future to the fore than their 2022 flagship smartphones, namely the Samsung Galaxy S22, Galaxy S22+, and Galaxy S22 Ultra.

Everything you need to know about the Samsung Galaxy S22 series

Samsung Galaxy S22 and S22+: a focus on design and cameras 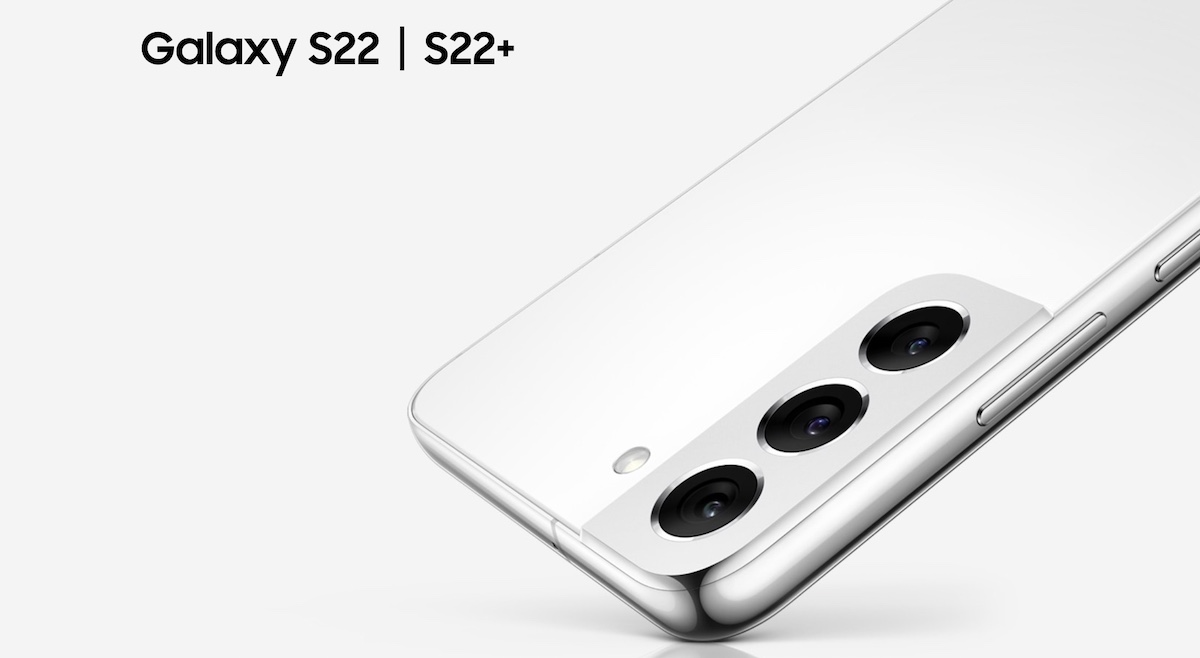 Both devices are available in four stunning colours, namely Phantom Black, Green, Pink Gold, and, our favourite, the gorgeous Phantom White. The colours popped on the screen during the presentation, and if you missed it, you should certainly see it to experience the reveal.

Samsung Galaxy S22 and S22+ come with a Pro-grade triple camera setup at the back featuring a 50MP wide sensor, a 10MP telephoto lens with 3x optical zoom, and a 12MP ultra-wide camera with a 120-degree Field of View. Samsung has brought a ton of innovation and improvements to the cameras so you can capture everything with great details and colour accuracy.

The cameras can capture beautiful shots even with a brightly lit background thanks to the Super HDR feature. The cameras also come with a better OIS system with a 50 percent wide correction angle and VDIS (video digital image stabilisation), resulting in super-smooth video recording even if you are on the move. The phones also improve upon the Galaxy S series’ legacy of capturing great low light photos by bringing a new Nightography mode that allows the phone to capture great selfies. 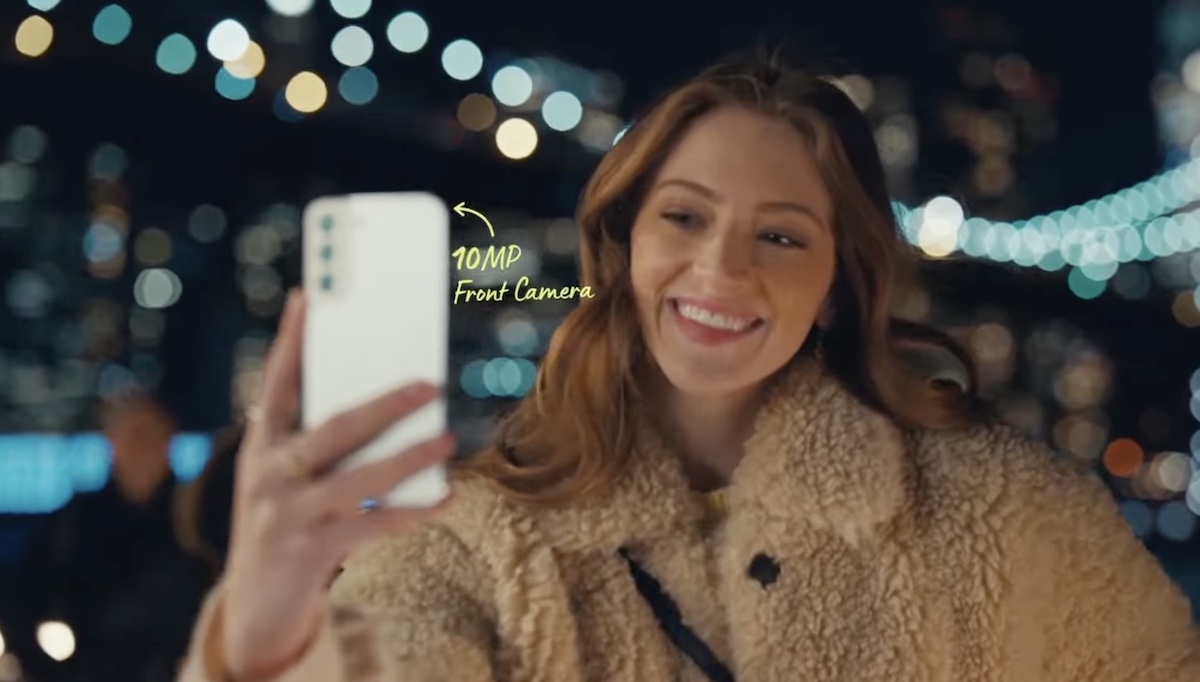 The Galaxy S22 and S22+ can also capture great portrait shots thanks to AI Stereo Depth Map integration in Portrait Mode and improved object segmentation. The phones are also capable of capturing portrait video. Thanks to AI auto-focus, VDIS, and Super HDR, the two smartphones will let users capture masterful shots from different angles and in different lighting conditions. 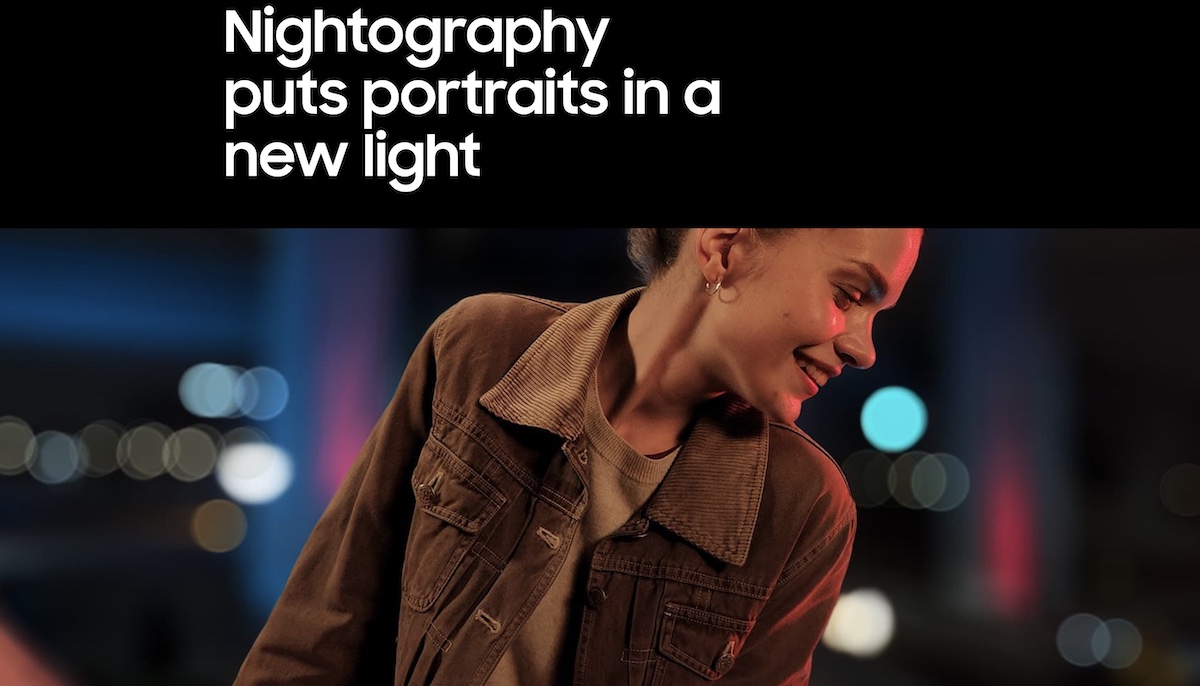 Samsung also emphasised that cameras have become integral to our social media experience and, thus, all the superb camera features we mentioned above integrate directly into the camera function of our favourite social media apps like Instagram, Snapchat, and TikTok. With such powerful camera hardware, incredible AI features, and deep integration with social media apps, the Samsung Galaxy S22 and S22+ will let you rule your social media timeline.

Samsung Galaxy S22 Ultra: for people who want the best of the best

If you thought the Samsung Galaxy S22 and S22+ blew the competition out of the water, wait till you see what Samsung has done with the Galaxy S22 Ultra. Combining the productivity of the Note with the cameras and performance of the Samsung Galaxy S series, it has created a phone that’s going to enthral users all around the world. Let’s take a deep dive into the smartphone.

The Samsung Galaxy S22 Ultra design is inspired by the Note series and features a symmetrical metal frame, seamlessly integrated camera lenses, and a dedicated housing for the S Pen. The new flagship smartphone features Samsung’s strongest armoured aluminium frame yet, along with Gorilla Glass Vitus+ on both the front and the back, making it one of the most durable smartphones on the market. What’s more, it comes in four colours that will turn heads wherever you go – Phantom Black, Phantom White, Green, and Burgundy.

Get the power of Note with S Pen 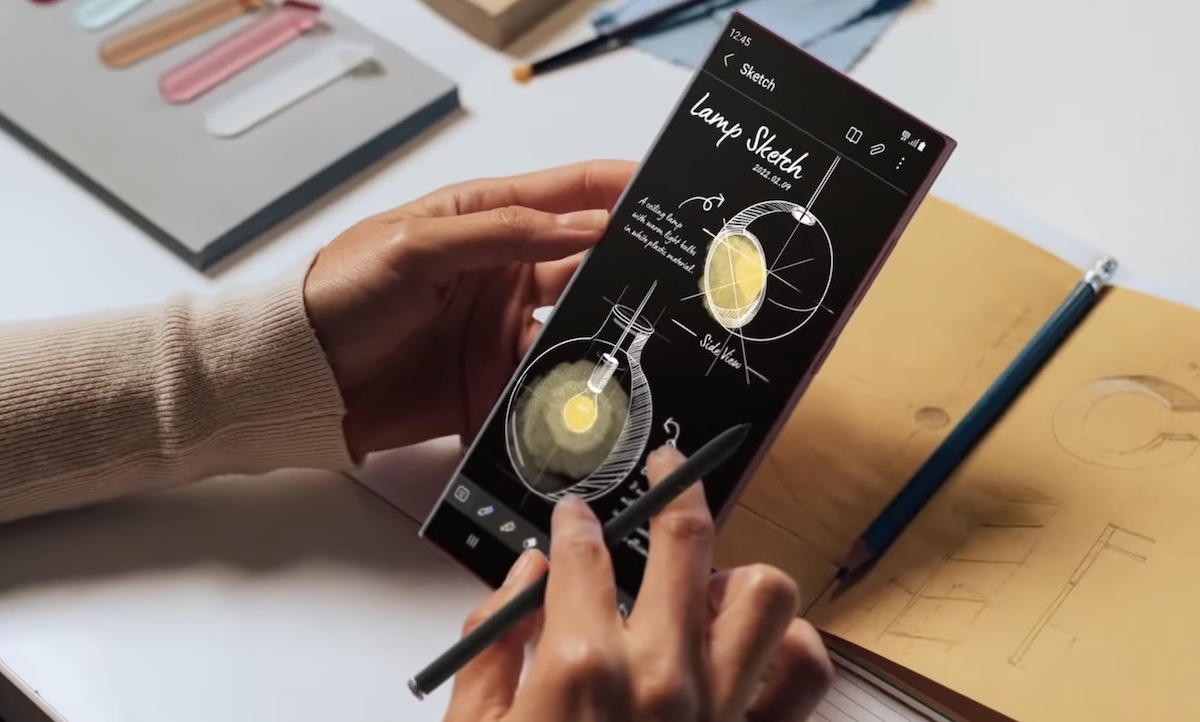 The Samsung Galaxy S22 Ultra comes with a built-in enclosure that houses the S Pen. The S Pen is now three times more responsive, a feat Samsung achieved by improving both hardware and software. The smartphone comes with an enhanced AI-based point prediction software that can better predict the next point of the S Pen, resulting in smoother writing and drawing experience. 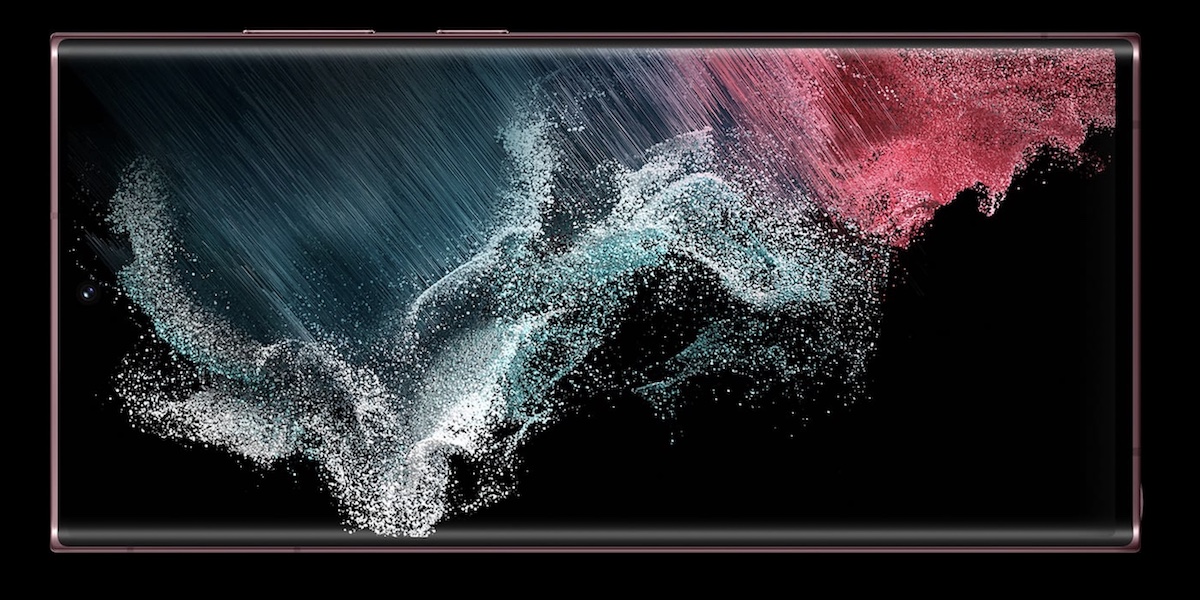 The Samsung Galaxy S22 Ultra boasts a 6.8-inch Dynamic AMOLED 2X display with an adaptive refresh rate. The refresh rate goes up to 120Hz for optimised scrolling and gaming performance as well as goes down to 1Hz for saving power when you are looking at static images.

Samsung has also improved the outdoor display visibility of the smartphone. The Samsung Galaxy S22 Ultra comes with a Vision Booster technology that analyses the light intensity of the surroundings and its influence on the display. Vision Booster’s algorithm analyses the histogram data of the content appearing on display and performs tone mapping to give you the best viewing experience, even under direct sunlight. The industry-leading 1,750nits peak brightness of the display panel guarantees you don’t miss out on a thing even under direct sunlight.

The Galaxy S22 Ultra is powered by Samsung’s fastest-ever processor, a 4nm chipset that gives it phenomenal processing and graphics power, along with class-leading machine learning capabilities.

Of course, so much power inside a small device will generate heat as well. But Samsung has a solution for that too! In order to regulate the heat produced from such a powerful chipset, the phone directs the heat away from the heat source and spreads it out for a controlled temperature.

To achieve this, Samsung has equipped the Galaxy S22 Ultra with an all-new structure with new materials. There’s a new thermal interface material used for transferring heat which is 3.5x more efficient, a new flexible nanofibre material that is more resistant under pressure, and a new vapour chamber system made of double-bonded stainless steel. Finally, there’s a graphite spreading sheet that diffuses heat horizontally away from the vapour chamber. This, combined with thermal management software, enables the Samsung Galaxy S22 Ultra to effectively dissipate heat.

What all this means is that you can expect an uninterrupted performance from the Samsung Galaxy S22 Ultra, so you never have to slow down.

A camera system for the creators and photography enthusiasts

The Samsung Galaxy S22 Ultra differentiates itself from the pack by bringing a versatile camera system that can capture vivid 108MP images and 8K video. The camera uses Adaptive Pixel technology, which can merge multiple frames into one. It combines a 108MP high-resolution image with a 12MP high-sensitivity image to produce an optimally bright 108MP image. 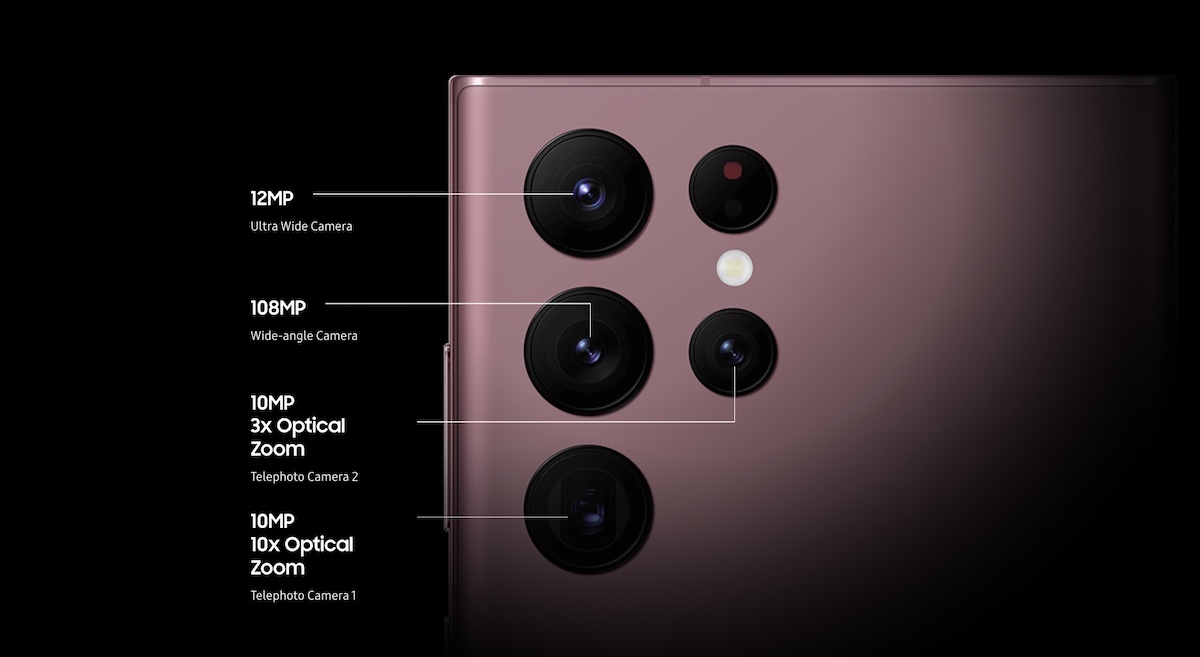 The camera system on the Samsung Galaxy S22 Ultra is also versatile. Apart from the 108MP wide camera, the phone packs a 12MP ultra-wide camera, a 10MP double folded telephoto camera with 10X optical zoom, and a 10MP telephoto camera with 3x optical zoom. The camera powerhouse also has a 100X Space Zoom feature, which lets you capture photos with 100 times digital zoom. This incredible camera system is supported by a powerful AI engine and an NPU (neural processing unit) capable of deep learning. The AI engine powers incredible backend technologies that use intelligence to enhance image quality. You can see the effect of such technologies in features like Detail Enhancer, Portrait Mode, and Nightography. 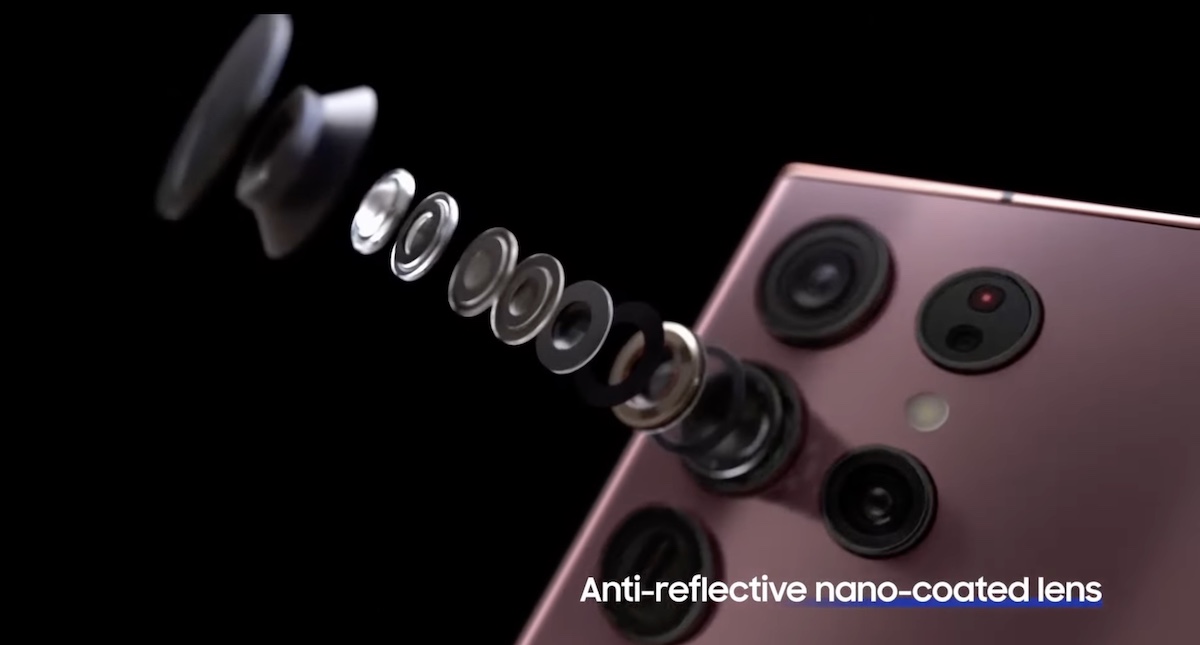 The Samsung Galaxy S22 Ultra focuses on night-time photography, or Nightography as the company calls it, so users can capture beautiful photos and videos in all lighting conditions. The phone packs a 2.4μm large pixel sensor that can capture more light and has an anti-reflective nano-coated lens so light can travel to the sensor with fewer reflections. These hardware improvements, along with Samsung’s software prowess, deliver an unmatched night-time photography experience. There’s also a Night solution feature which automatically kicks in low lights. It captures multiple frames in an instant, merges them into a single shot, and uses AI to enhance the overall picture quality. 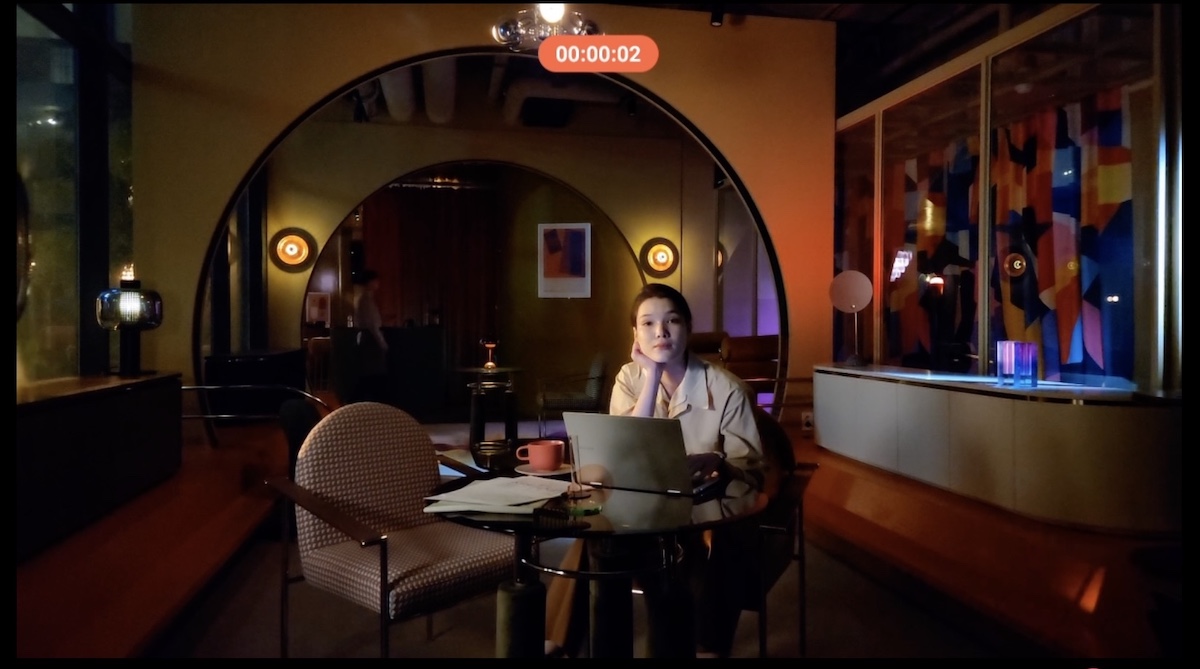 Samsung Galaxy S22 Ultra also excels at night-time videography. It uses dual track video stabilisation that combines OIS, which has a 58 percent wider correction angle this year, and VDIS – which can track 4X more motion data points – to deliver sharp and clear videos. The camera also automatically changes frame rates between different FPS to let in more light, so you get brighter videos even in log light conditions.

Finally, the phone also comes with a Pro Mode that gives manual control to users. In Pro Mode, you can manually adjust shutter speed, ISO, focus, and white balance to capture the photo you want. This level of control is available on all four lenses allowing you to capture the images you want. For true pro photographers, there’s also Expert RAW mode which gives them total control over camera lenses as well as auto-focus, ISO, EV, and white balance. In RAW mode, all the metadata is retained so you can edit your photos in a pro photo editing app right on your Galaxy S22 Ultra.

You can pre-reserve the three smartphones right now for Rs 1,999 from Samsung’s online store.