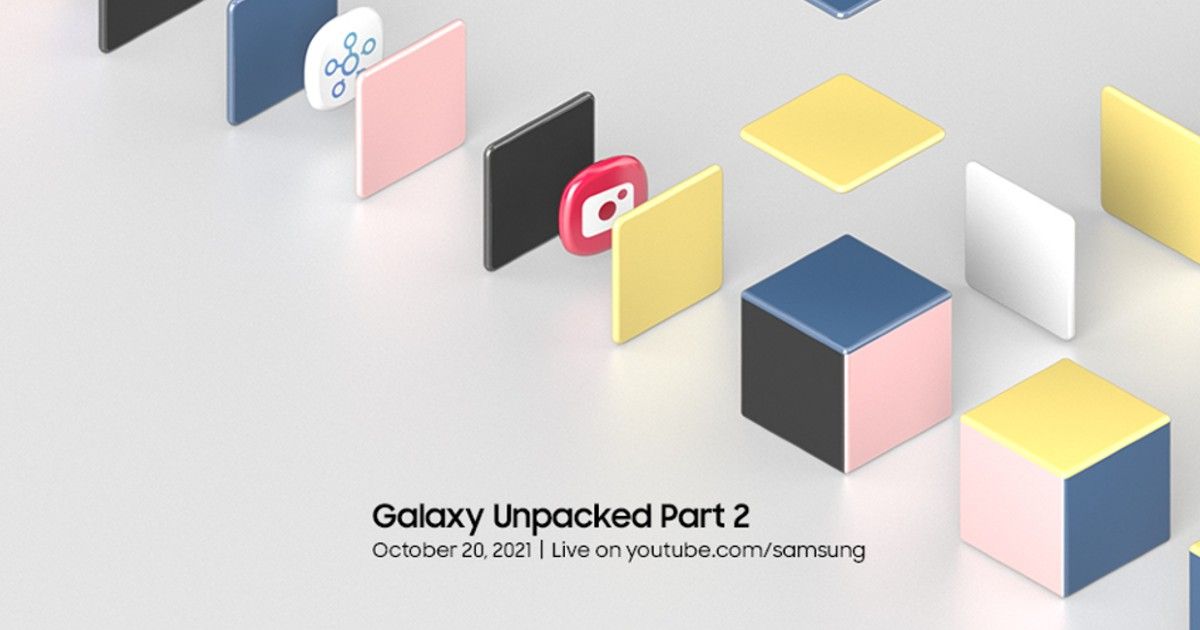 Looks like Samsung isn’t done with its Galaxy Unpacked event for the year as it just announced the Galaxy Unpacked Part 2 event for October 20th at 10 AM ET (7:30 PM IST). The South Korean giant has posted a small video clip that confirms the date but it fails to reveal what’s about to come. The footage shows Samsung app icons of Health and SmartThings being packaged in pastel-coloured boxes. While there are chances the company might introduce the long-rumoured Galaxy S21 FE, an affordable option of the Galaxy S21, the latest rumours have claimed the phone will launch in January 2022.

Ready to explore all the sides that make you, you? A new dimension of possibilities opens this #SamsungUnpacked, October 20, 2021.
Learn more: https://t.co/U3NHdnHOyg pic.twitter.com/iiuSfutnQC

“Our users are multifaceted and live life in so many colourful, interesting, and unique ways. As such, the technology they use every day should reflect their individuality,” said Samsung. This suggests that Samsung might focus on software and services at the Unpacked event part 2 as it eagerly waits to expand platforms like Health. It might offer a preview of where the company’s ecosystem is headed. The brand might also show off OneUI changes on the stage.

There are chances the brand might unveil the Samsung Galaxy Tab S8 series on the stage since the Tab S7 was introduced a year ago. The lineup is rumoured to include three models in total: Tab S8, Tab S8+ and Tab S8 Ultra. The latter two are expected to feature a Super AMOLED display, while the vanilla model could come with an LCD panel. The Ultra and Tab S8+ could be powered by the Qualcomm Snapdragon 888 chipset but can’t be said for certain yet. Either way, nothing is confirmed at the moment but we expect Samsung to tease more features leading up to the big day next week. Stick around.