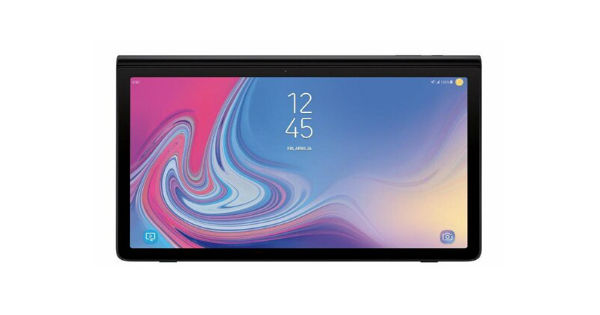 Samsung Galaxy View 2 tablet, the successor to the original Samsung Galaxy View was spotted on Geekbench back in January 2019. It was speculated the tablet might go official at the MWC event in February but didn’t, for reasons unknown. Now, renders of the upcoming Samsung tablet have surfaced, courtesy of SamMobile, revealing the design in its full glory. The hinged stand implementation on the rear seems to be more ergonomic now, which will make typing convenient. The redesigned hinge sits in at 30 degrees when folded and upright when opened. 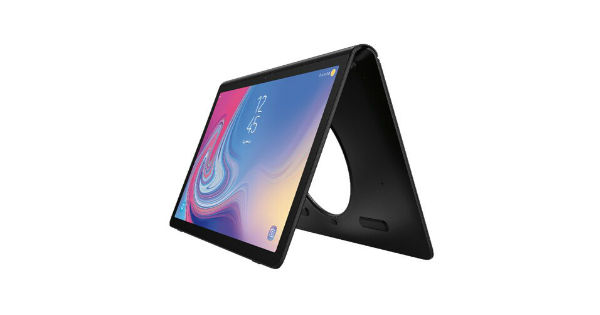 The Galaxy View 2 design is more compact compared to the standard Galaxy View and can also be used in standing position. Instead of an integrated handle, there is a circular hole on the stand that presumably can be used to pick up the tablet. The device is expected to sport a 17.5-inch full-HD display, which is slightly smaller than the 18.4-inch display of its predecessor. It comes with sizeable bezels on all corners. In terms of connectivity, the Galaxy View 2 is expected to feature Bluetooth 5.0 and dual-band Wi-Fi. 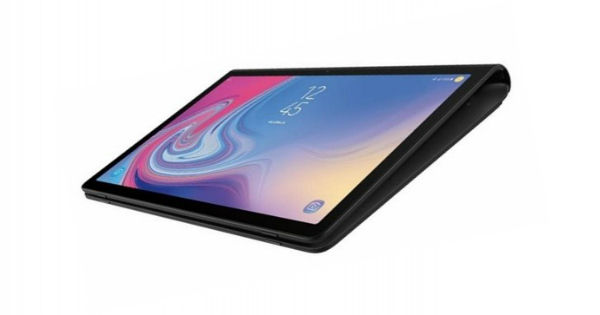 According to the Geekbench listing, the Samsung Galaxy View 2 could be powered by the in-house Exynos 7885 SoC, coupled with 3GB of RAM, and run Android Oreo. The new fresh renders show the AT&T logo at the back; however, whether an unlocked model of the tablet would be released in other markets including the US remains to be seen. At the moment, there are no details regarding the launch, so stay tuned for more updates.