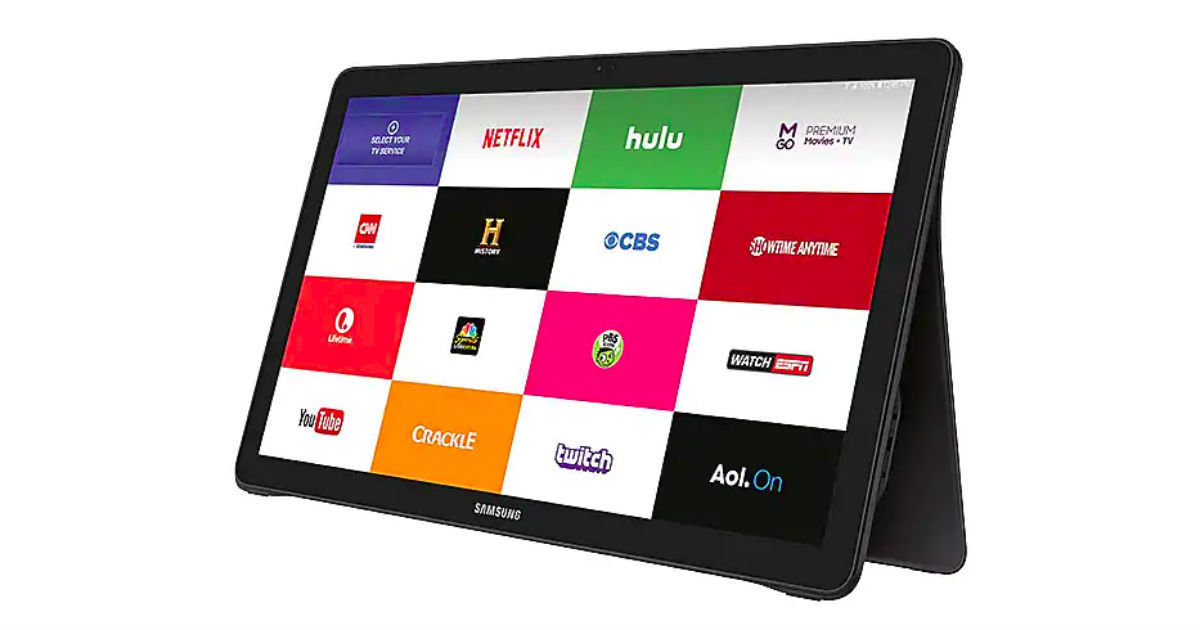 “The Samsung Galaxy View 2 is expected to be launched at the second Galaxy Unpacked event, which will be held at MWC”

A new Samsung tablet, purportedly the upcoming version of the Galaxy View tablet that was launched last year, has surfaced on Geekbench. The device, bearing nomenclature Samsung SM-T927A, was already spotted earlier having cleared Wi-Fi and Bluetooth SIG certification tests. Now, a Geekbench score has revealed some more details about the device.

According to the benchmark results, the Samsung Galaxy View 2 will be powered by an Exynos 7885 SoC, coupled with 3GB of RAM and Android Oreo onboard. Previous reports about this device have hinted that it will do away with the briefcase-like handle that the Galaxy View came with, and instead include a book hinge that can prop the tablet up either like a notebook, or at a slight, 30-degree angle to aid usability. The Galaxy View 2 is also expected to get a 17.5-inch full HD display, which would be slightly smaller than the 18.4-inch display of its predecessor. In terms of connectivity, the Galaxy View 2 is expected to feature Bluetooth 5.0, as well as dual-band Wi-Fi to ensure maximum wireless connectivity with compatible devices. 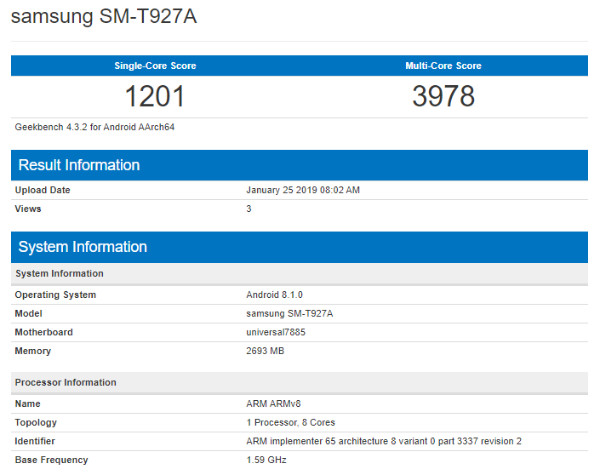 With such internals, the Galaxy View Tab 2 seems to be aimed at users who’re looking for a device with a larger display to stream videos on, while on the move. Samsung might, hence, reduce the size of the display slightly, while introducing thinner bezels than the thick ones on the Galaxy View. This will help it feature a significantly smaller footprint than before, thereby being more portable.

Samsung had launched the Galaxy View at a price of €700 (approx. Rs 56,500) in the international markets, and it remains to be seen if the company launches its successor with a similar price tag or make it more affordable. The Galaxy View 2 is expected to be seen at its second keynote at MWC after the Galaxy Unpacked event, where it is expected to launch a smartwatch and other accessories.