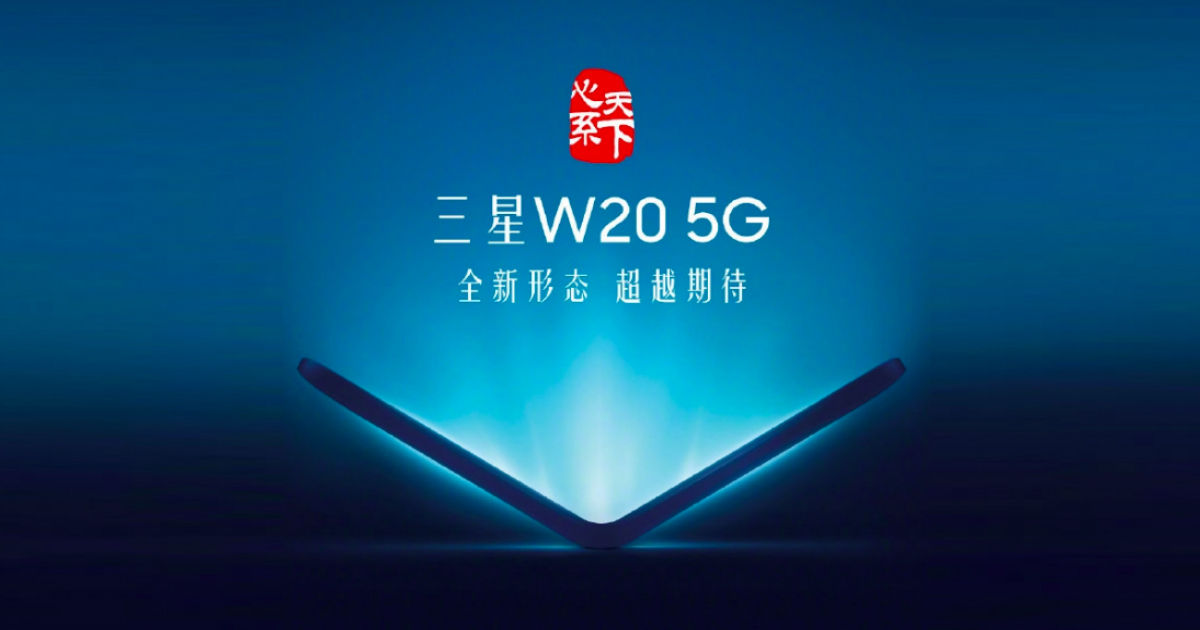 “Samsung Galaxy W20 5G could have a punch-hole display to accommodate the selfie snapper. The top screen can be used to play video, while the bottom can turn into a keyboard”

After taking several months of time to launch (relaunch?) its first foldable smartphone, the Samsung Galaxy Fold, which is finally on sale worldwide, Samsung seems to be doing decent in terms of sales. Now, the South Korean giant is planning on releasing a new foldable phone, dubbed Galaxy W20 5G, sometime later this month. At the Samsung Developer Conference 2019, the company teased a new design that folds vertically, resembling the classic clamshell smartphones, that still hold a reasonably decent user share in South-Korea. The design is similar to Motorola’s Moto RAZR 2019, which is scheduled to go official at an event in the US on November 13th.

Rumours suggest that Samsung Galaxy W20 5G will be a flagship device with high-end specifications, which could likely include Snapdragon 855 SoC and this means that it should be priced on the similar lines of the Galaxy Fold. The teaser video showcased at the SDC event earlier this week, suggests the new Galaxy foldable phone will have a punch-hole display to accommodate the selfie snapper. The top screen can be used to play video, while the bottom can turn into a keyboard.

It’s also possible that Samsung might just introduce the Galaxy W20 5G at an event this month and launch it at a later date, presumably at the Mobile World Congress (MWC) 2020. Either way, we should know more details in the next few weeks. To recall, the Samsung Galaxy Fold flaunts a big 7.3-inch display with a hinge in the middle to fold it sideways. It is powered by the Snapdragon 855 SoC coupled with Adreno 640 GPU for graphics, 12GB RAM, and 512GB storage.