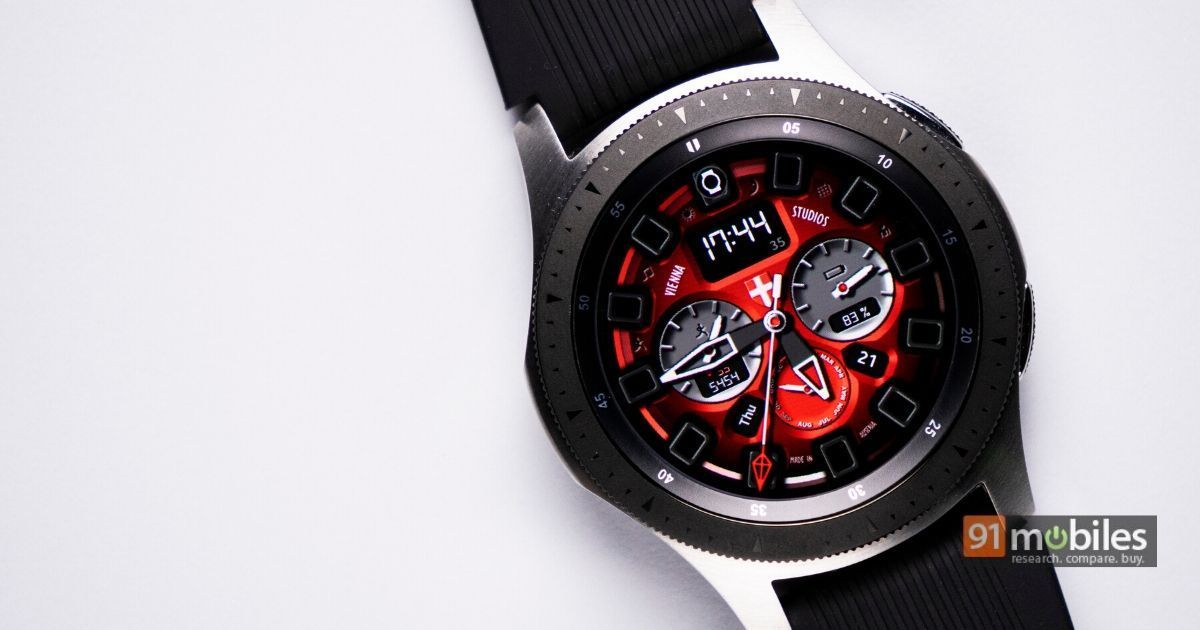 Samsung Galaxy Watch 3 is widely believed to go official as early as next month along with the Galaxy Buds X. Rumours suggest it will be available in two sizes; a 41mm and a 45mm, come with a rotating bezel for navigation and boot Tizen OS. Now, the smartwatch has received BIS certification, suggesting the India launch could be imminent. Interestingly, the listing shows three models: SM-R845F, SM-R855F and SM-R850F. While we’re familiar with the former two from Bluetooth SIG documents, the latter is a mystery for now. Unfortunately, the listing doesn’t reveal anything about the Galaxy Watch 3 yet. 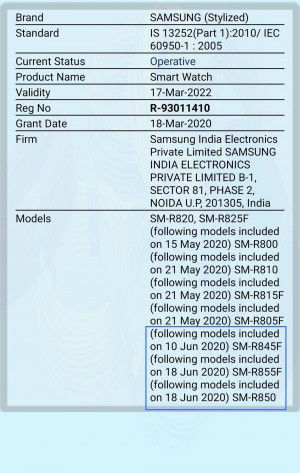 Earlier reports revealed the Galaxy Watch 3 41mm will have a 1.2-inch display, while the 45mm version comes with a relatively bigger 1.4-inch screen with Gorilla Glass DX. These are tipped to measure 45 x 46.2 x 11.1 mm and 41 x 42.5 x 11.3 mm, respectively. Both the models will ship with 1GB RAM, 8GB storage, Tizen OS 5.5, MIL-STD 810G and IP68 certification. They will come in Wi-Fi-only and LTE variants and have GPS support. While the former will have a 247mAh battery, the latter is said to pack a 340mAh capacity. 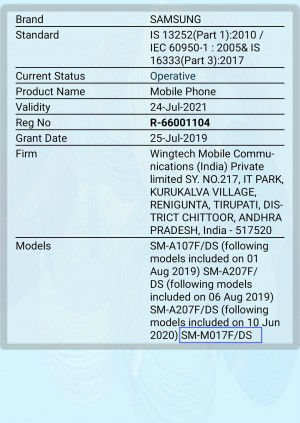 Separately, Samsung Galaxy M01s has also bagged BIS documentation with model number SM-M017F/DS model number, suggesting it will come in a dual SIM variant. While BIS doesn’t reveal much about the phone, earlier Geekbench and Wi-Fi Alliance listing suggests it’ll have 3GB RAM, MediaTek Helio P22 SoC and boot Android 9.0 Pie, which is odd considering the predecessor ships with Android 10 out of the box.