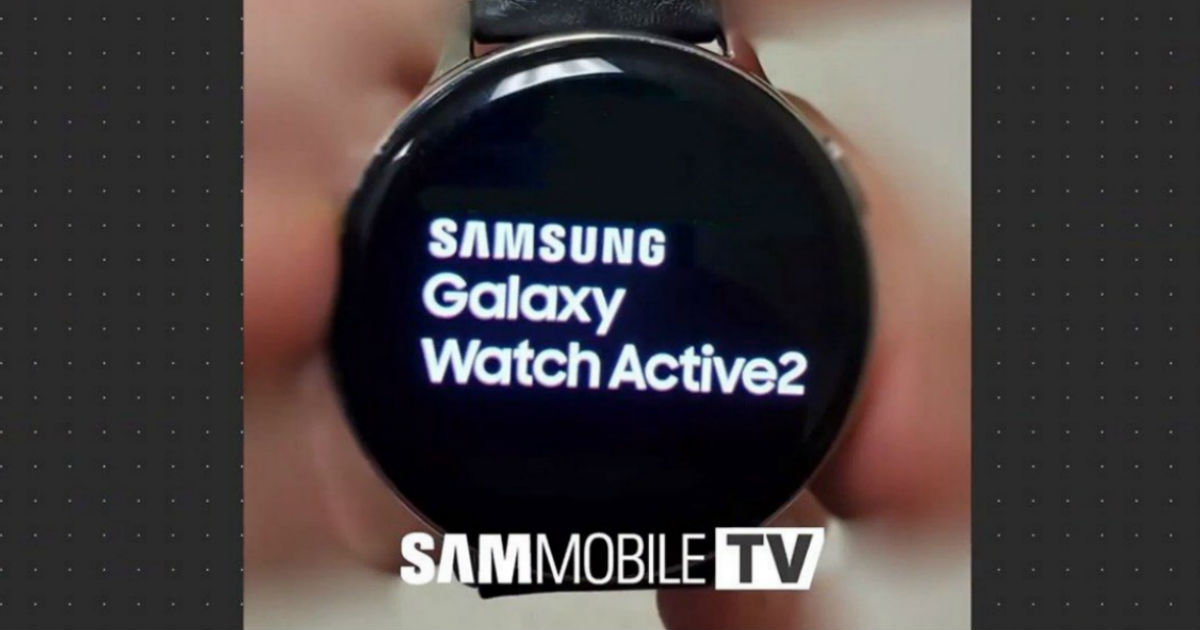 Samsung seems to be already working on the successor of the Galaxy Watch Active smartwatch that was recently launched in India. Folks over at SamMobile have now given us our first look at the next-gen Galaxy Watch Active 2. Looking at the live images, the upcoming Galaxy Watch Active 2 will most likely stick to the same design language as the original, which means there won’t be Samsung’s signature rotating bezel.

The Galaxy Watch Active 2 seems to have the same compact size, small lugs, and rounded glass as its predecessor. However, there are a few differences like the home/power button is round, while the back button has a rectangular shape. Apart from this, the smartwatch has a speaker grill on the right edge and a red circle around the home/power button that seems to be inspired by Apple Watch Series 4. It’s uncertain at the moment if the new design is limited to only one variant or coming to the allegedly upcoming LTE model of Galaxy Watch Active 2 that is said to have a larger 340mAh battery.

Coming to the specifications, the smartwatch will come in two sizes: 40mm and 44mm. Samsung is also said to improve the heart rate sensor on this new model to compete better against its arch-rival Apple’s latest Series 4 watch. The Samsung smartwatch will reportedly boot One UI’s yet-unannounced version 1.5 out-of-the-box. The One UI update Samsung released for existing smartwatches is version 1.0, so we should see some new stuff on the Watch Active 2.

It’s unclear when Samsung plans to launch the successor to the Galaxy Watch Active, especially considering the original is barely four months old. Meanwhile, the Galaxy Watch is due for its successor next month. The company unveiled the watch last year along with the Galaxy Note9 smartphone. Samsung has announced the Galaxy Note 10 launch date as August 7th, but there is no update on the next-gen Galaxy Watch at the moment.