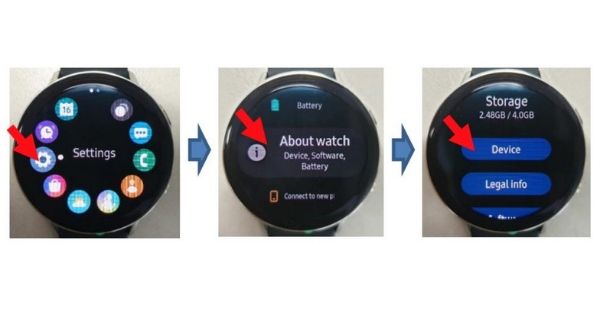 The FCC website shows the user how to get the FCC certification page on the watch. To show this process, the page includes actual photos of the watch with the steps. You can see the FCC ID A3LSMR830 as well as some of the UI elements. Samsung will reportedly use One UI on top of the Tizen OS. The page also shows the model number of the device, which is SM-R830. The Galaxy Watch Active 2 will have minimum bezels similar to the current Active variant but is rumoured to feature a touch bezel.

The listing also includes images (below) that show the back of the Galaxy Watch Active 2. Here, you can see that the watch will be available in a 40mm and 44mm Aluminium or Stainless Steel case. The front display will be protected by Gorilla Glass DX+. The watch will also get 4GB of storage, GPS, 5ATM water resistance, and MIL-STD-810. 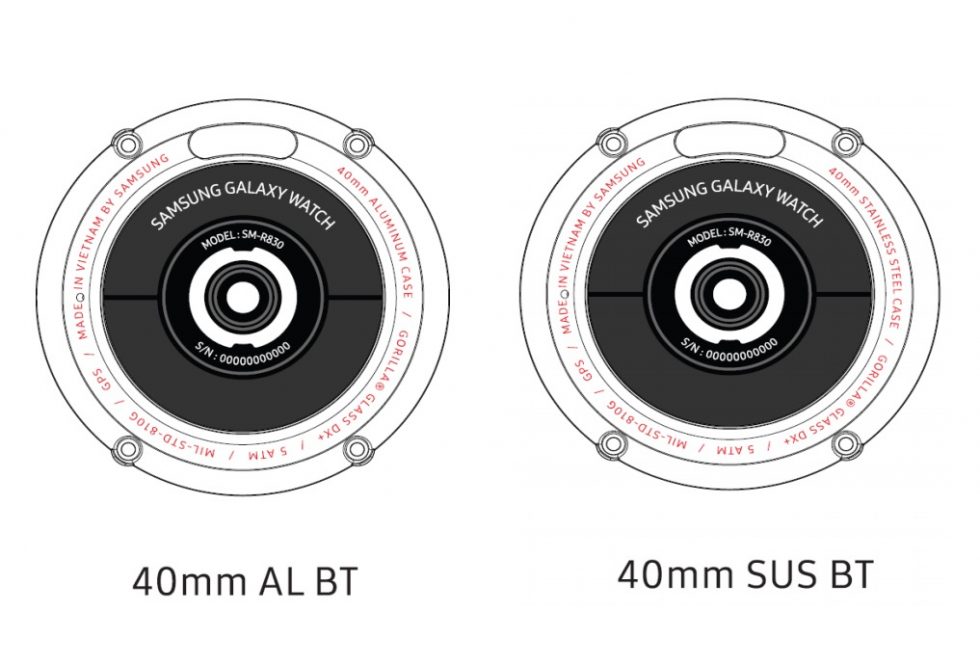 As per previous reports and leaks, the Galaxy Watch Active 2 (44mm case) will feature a 1.4-inch display, whereas the 40mm case will come with a 1.2-inch panel. The Super AMOLED display will reportedly have a 360×360 resolution. The watch will most likely use the Exynos 9110 processor and have 786MB of RAM. An LTE version is also in the works, which will have 1.5GB RAM and a 340mAh battery. The non-LTE variants will have a smaller 247mAh battery. Samsung is also expected to include an ECG sensor on the watch.