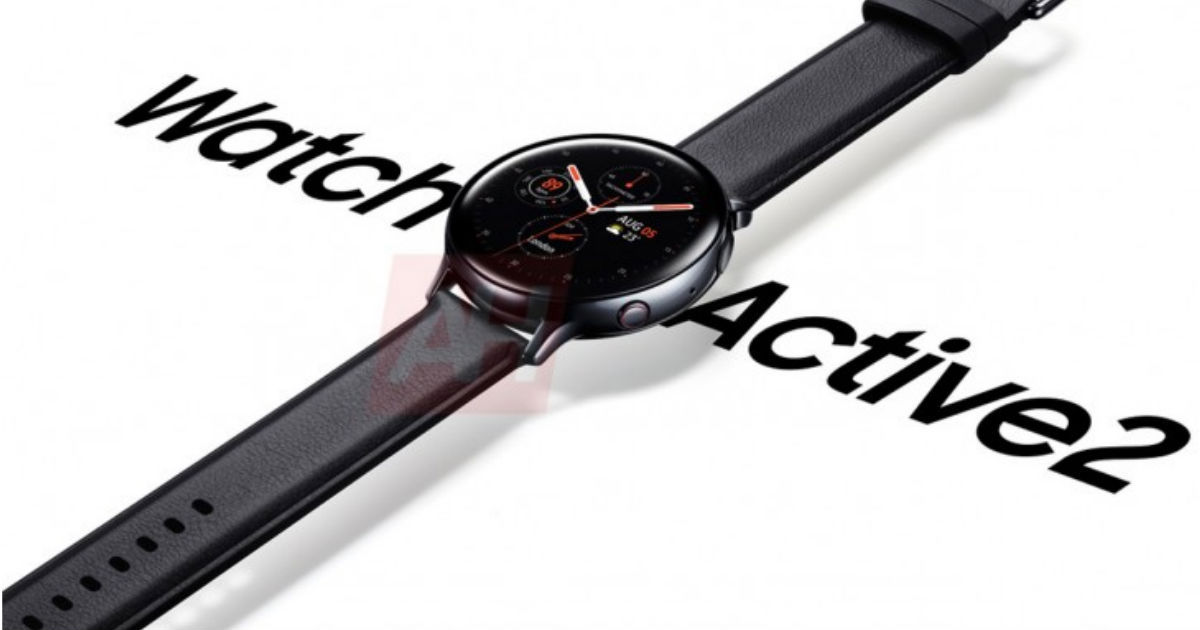 The Samsung Galaxy Watch Active 2 could launch sooner than expected. Rumour mill has been churning out the details about the upcoming wearables, including its features and live images. Now, an official-looking render of the Galaxy Watch Active 2 has surfaced online. The image confirms the name of the wearable, as well as, reveals its design, which is in line with previous leaks and rumours. Notably, the overall design is quite similar to the original Galaxy Watch Active, which is still fresh on the shelf. The latter was launched alongside the Galaxy S10 series smartphones earlier this year. 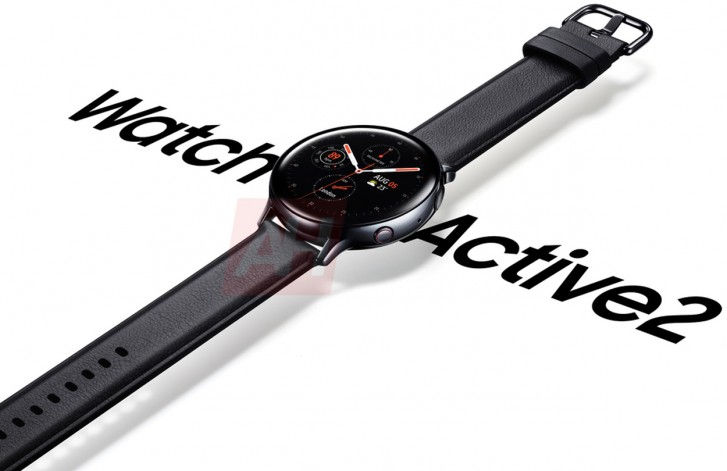 As you can see, the Galaxy Watch Active 2 render lacks a rotating bezel. It seems to be accompanied by a leather strap – something that wasn’t there with the first-gen Galaxy Watch Active. While it’s not clear if the new strap will be an addition or replacements of the silicone straps, this could be the black colour option the wearable is reported to come in along with the gold and silver shades. Moreover, the smartwatch also has a red circular ring over the power button on the right edge, which looks similar to the Apple Watch Series 4.The smartwatch shown here is likely to be the LTE option because of what appears to be a microphone hole near the power button. Going by the previous reports, the Galaxy Watch Active 2 could come in two sizes: 40mm and 44mm. Other than the LTE option, the watch is also expected to have a Wi-Fi-only model. The Watch Active 2 will reportedly be matching the Apple Watch Series 4 in offering ECG and fall detection. It’s also expected to come with one of its kind body mass composition for which Samsung recently acquired the patent.

The launch of the Galaxy Watch Active 2 has not been announced yet. However, Samsung has an event scheduled for August 7th for the Galaxy Note 10 series and speculations are that the brand could announce the watch alongside. Not to forget, the chaebol is also expected to refresh its Galaxy Watch series on the same day.