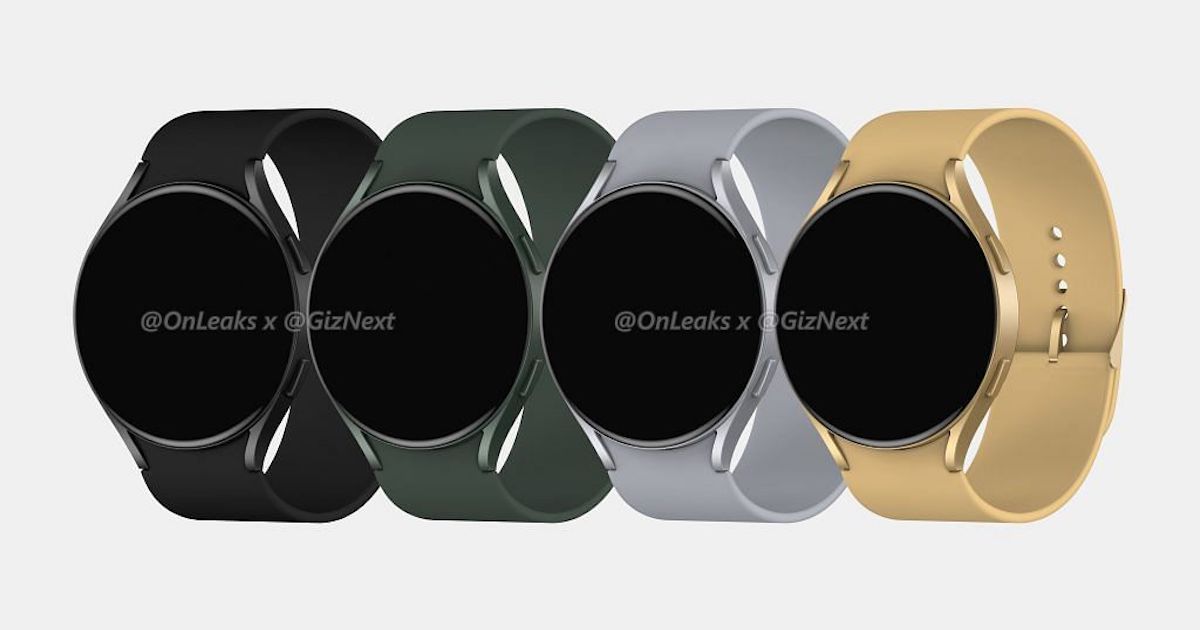 As shown in the renders above, the Samsung Galaxy Watch Active 4 is almost identical to its predecessor, the Galaxy Watch Active 2. The button shape has changed from circular to rectangular. The Active line will continue to do without the rotating bezel and it’s possible Samsung may remove the rotating bezel from all its future smartwatches if the new Wear platform is not compatible with it. Samsung will offer the Galaxy Watch Active 4 in two sizes, 40mm and 44mm. As per the report, the smartwatch will be available in four colours – Black, Green, Silver, and Gold. It shouldn’t be long before we find out, though, as the smartwatches are slated for an August release.

Recent FCC listings reveal that the Galaxy Watch Active 4 will be available in both Wi-Fi-only and LTE versions. That, combined with the two different watch diameters could make things a bit confusing. Then again, it is entirely possible that one size will correspond to the Wi-Fi-only flavour while the other will also offer LTE functionality. Given that it is an ‘Active’ variant of the Galaxy Watch 4, we can expect the wearable to ship with a ton of fitness-centric features such as in-built sports modes, a SpO2 sensor, and the likes. It is, after all, Samsung’s flagship offering, so it is expected to be packed to the brim with features.