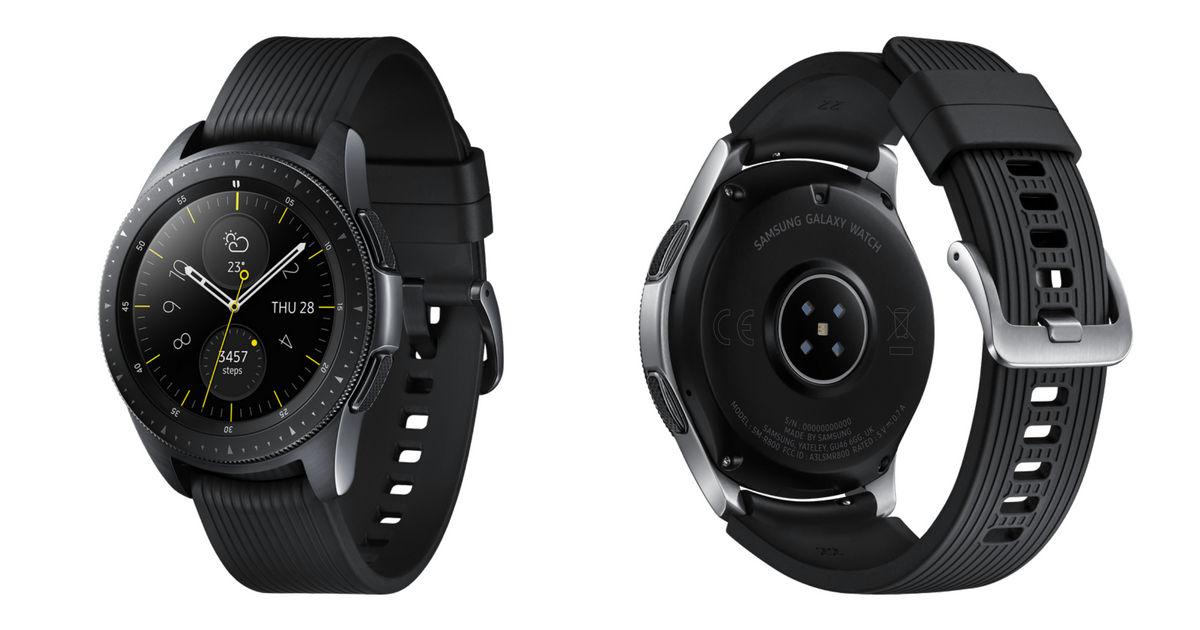 After a steady stream of of leaks and rumours over the past few months, Samsung has just launched the Galaxy Note9 smartphone globally. While the spotlight was on the new flagship from the company, the South Korean conglomerate also announced the launch of a new smartwatch called the Galaxy Watch. Notably, this marks a deviation from the company’s standard nomenclature for watches, which were introduced with the Gear branding earlier. The Samsung Galaxy Watch comes as a successor to the Gear S3. 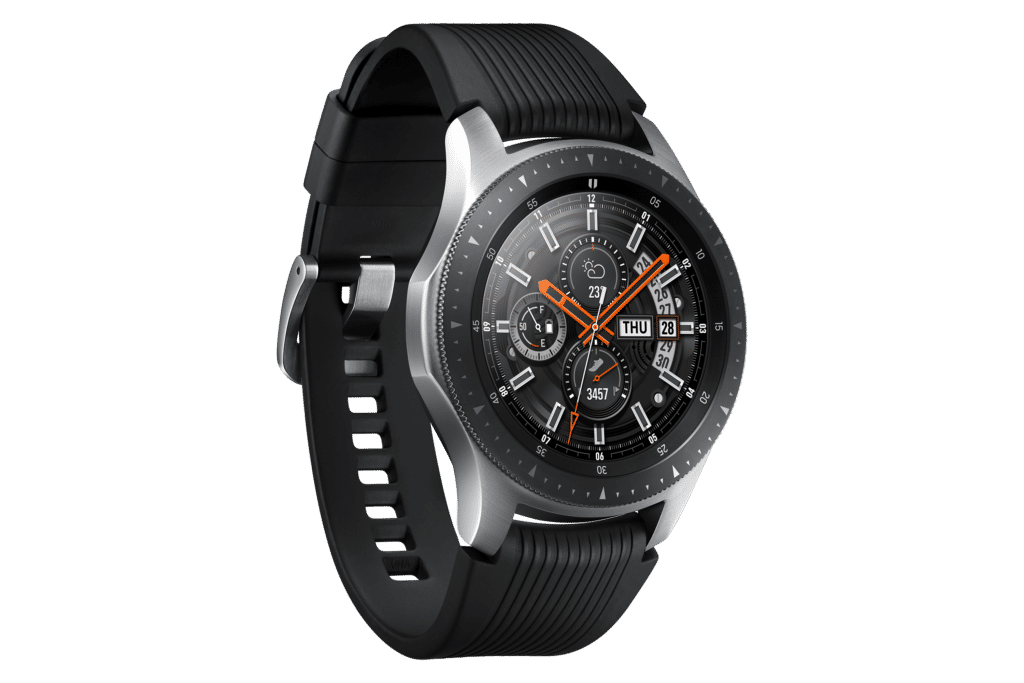 The Galaxy Watch sports a Super AMOLED display with a resolution of 360 x 360 pixels . The highlight feature of new smartwatch being touted by Samsung is the impressive battery backup. There are two variants of the new smartwatch, with the larger 46mm variant shipping with a 472mAh battery, promising a battery life of up to 80 hours. The other variant has a size of 42mm and houses a comparatively smaller 270mAh battery, which is said to offer battery life of up to 45 hours. The 46mm model features a 1.3-inch panel, while the smaller version of the brand’s latest wearable comes with a screen size of 1.2-inches.

Interestingly, Samsung’s Galaxy Watch offers 39 workout modes to the users to ensure that different aspects of their daily activities are recorded by the device. The watch comes with NFC support, which enables compatibility for the brand’s Samsung Pay feature.  Contrary to the earlier reports, the new smartwatch from Samsung runs Tizen OS, much like its predecessor, and not Google’s Wear OS. To be more specific, the Galaxy Watch boots Tizen OS 4.0. 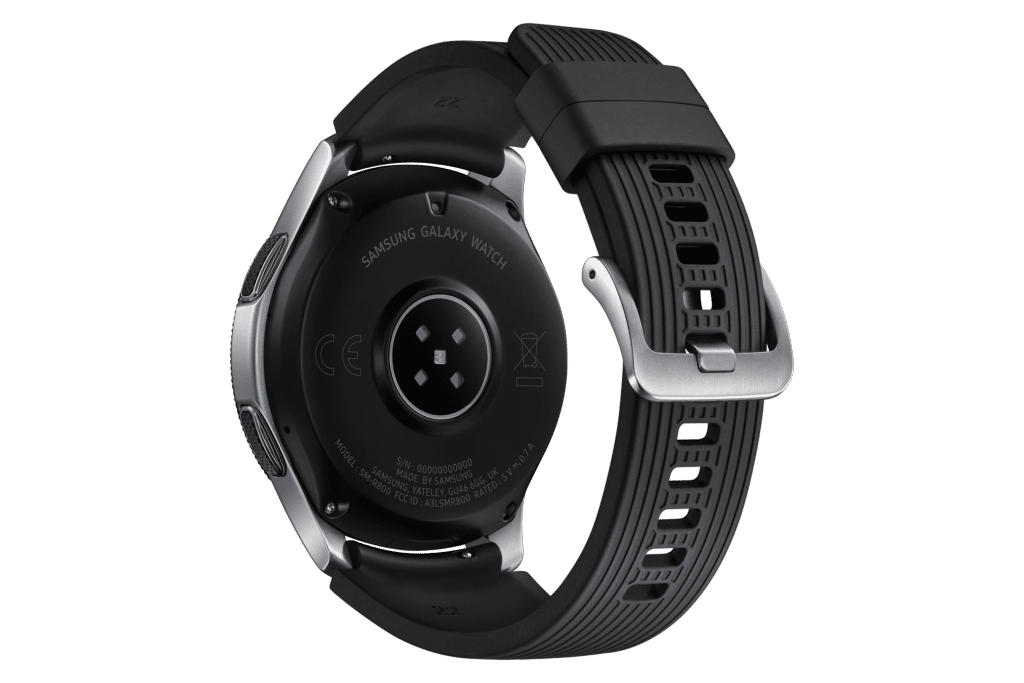 The Samsung Galaxy Watch boasts military-grade durability rating and is water resistant. The wearable even offers standalone LTE connectivity and allows users to monitor sleep as well as stress levels. In terms of connectivity, the Galaxy Watch offers 3G or LTE support, Bluetooth 4.2, Wi-Fi b/g/n, NFC, and A-GPS / GLONASS. The sensors onboard include an accelerometer, gyro, barometer, HRM, and an ambient light sensor.

Interestingly, the Galaxy Watch brings along support for some of the other services from Samsung including Bixby, Samsung Health, Samsung Flow, Samsung Knox, and Samsung Pay.

The 46mm variant of the smartwatch will be made available in silver, while the 42mm model will come in Midnight Black and Rose Gold hues. As of now the company has not announced the pricing of the Galaxy Watch, but the new device will be made available in the US starting August 24th and in South Korea starting August 31st. The brand says that the smartwatch will make its way to select other markets starting September 14th.