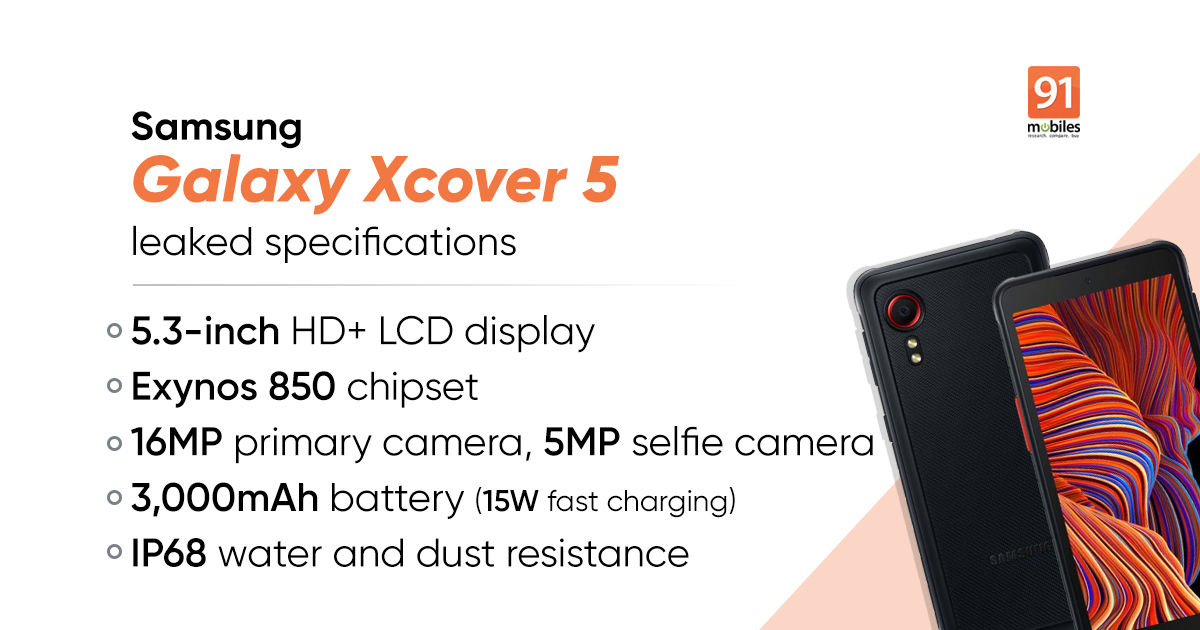 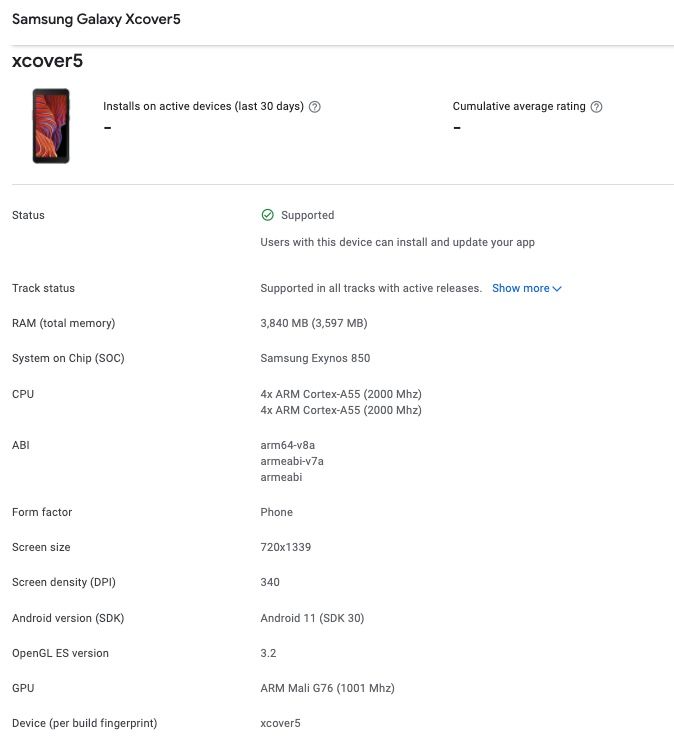 According to the Google Play Console listing, the Samsung Galaxy Xcover 5 will be powered by the Exynos 850 chipset paired with 4GB RAM. The phone will support an HD (720×1339) resolution and a screen density of 340 dpi. The Galaxy Xcover 5 will ship with Android 11 and ARM Mali G76 GPU. The render on the Google Play Console listing also reveals the design of the phone. It will get traditional thick bezels on the top and bottom of the display, a coloured button on the left, and a rugged exterior.

Separately, the Samsung Galaxy Xcover 5 design and specifications have been leaked by Winfuture.de. As per the report, the smartphone will come with a single rear camera and a 5.3-inch LCD (1480×720) display with Gorilla Glass 6 protection. The rugged plastic design comes with an IP68 rating and US military certification (810G) for water, dust, and shock resistance.

The report is in line with what the Google Play Console listing reveals. The phone will indeed be powered by the Exynos 850 chipset paired with 4GB RAM and 64GB internal storage. It will feature a 16MP primary camera and a 5MP front-facing camera. The phone packs a 3,000mAh battery with 15W fast charging support. Other features include Bluetooth 5.0, NFC, and USB Type-C.