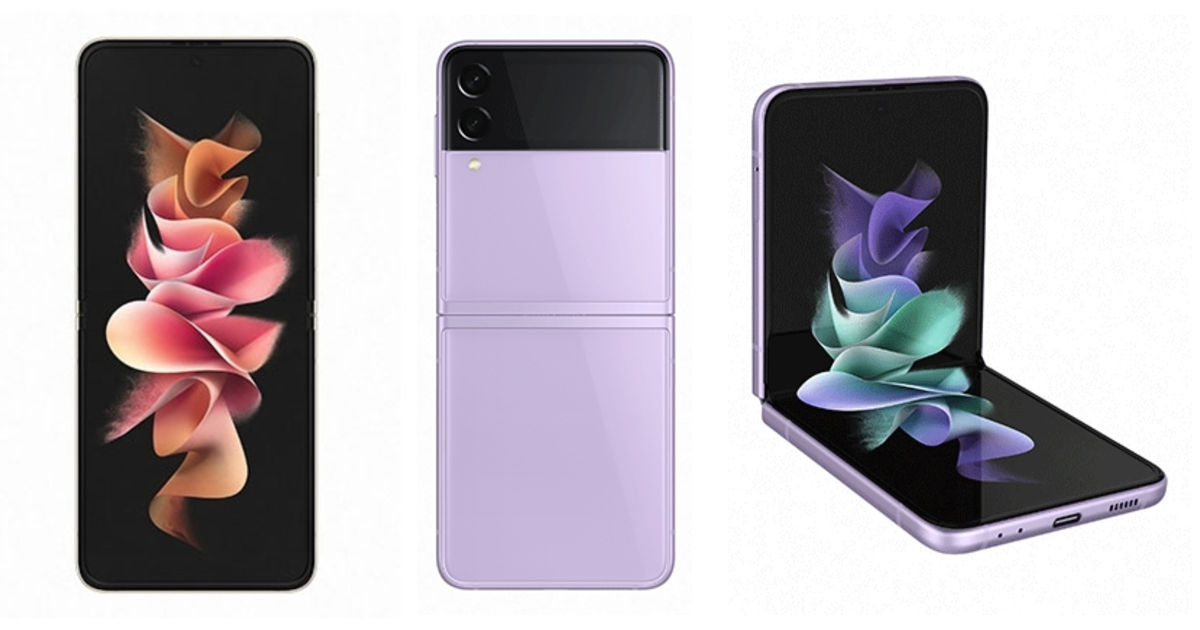 Samsung Galaxy Z Flip 3 specifications have been leaked in full ahead of the phone’s launch next week. This is one of the two foldable phones expected from Samsung on August 11th at the Galaxy Unpacked 2021 event, the other being the Galaxy Z Fold 3. Much has been leaked about the Fold 3 already but there hasn’t been a lot said about the flip phone, until now. Winfuture.de has come out with the complete Samsung Galaxy Z Flip 3 spec sheet that tells us everything we need to know about the foldable phone ahead of its official unveiling.

The Samsung Galaxy Z Flip 3 comes with two displays – a primary 6.7-inch FHD+ AMOLED screen with a 120Hz display and a 1.9-inch (512×260) outer screen. The primary flexible screen folds along the middle so that you can flip the phone open or shut. As per the report, the Galaxy Z Flip 3 can be opened and closed 200,000 times or about five years of usage.

Powering the Samsung Galaxy Z Flip 3 is the Qualcomm Snapdragon 888 chipset paired with 8GB RAM and 128GB or 256GB internal storage. The back panel is protected by Gorilla Glass Victus and the hinge has been reinforced to offer more durability while folding and unfolding. The report claims the foldable phone has an IPX8 rating for dust and water resistance.

Connectivity features include 5G, 4G LTE, USB Type-C, Bluetooth 5.0, and NFC. The Samsung Galaxy Z Flip 3 houses a 3,300mAh battery, which is small compared to today’s standard, but this is the tradeoff when designing a slim flip phone. The phone supports both wired and wireless fast charging. As for the cameras, the Galaxy Z Flip 3 gets a 12MP wide-angle camera and a 12MP ultra-wide lens on the back, and a 10MP selfie camera.