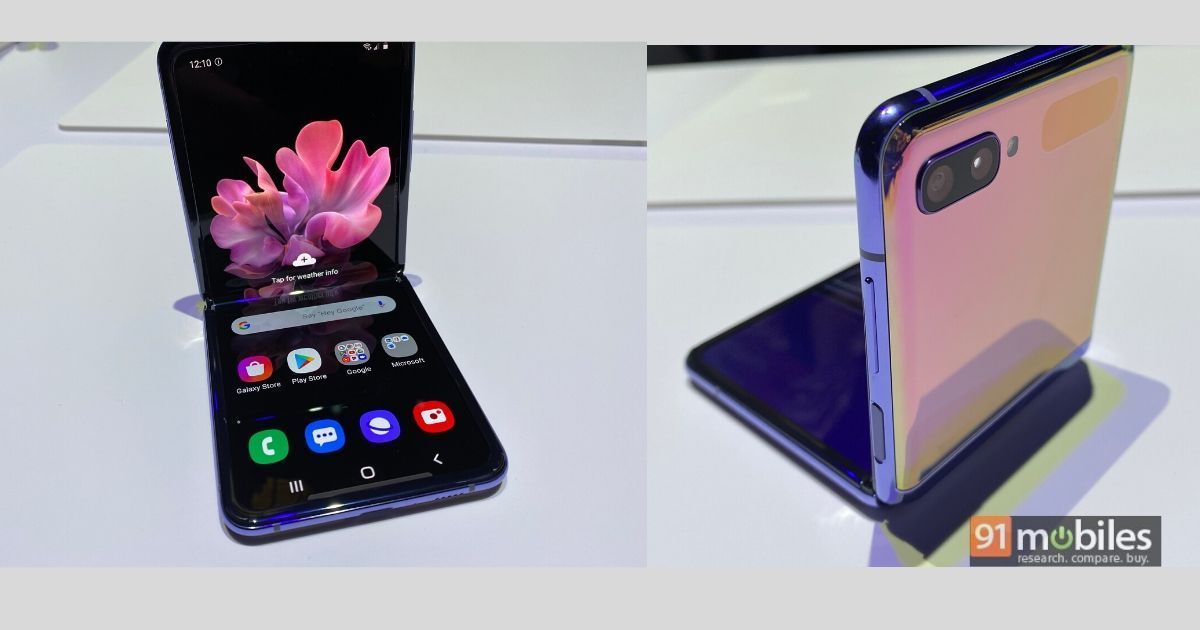 The specifications of the Samsung Galaxy Z Flip 5G remain vague at the moment, but we expect them not to differ much from the 4G variant. The latter, for those unaware, was launched with a clamshell design, a 6.7-inch full HD+ Super AMOLED Infinity-O foldable display that bears 21.5:9 aspect ratio, and a 1.06-inch secondary colour display on the outside. The handset is powered by Snapdragon 855+ SoC with 8GB RAM and 256GB storage onboard. The 5G variant could either sport Snapdragon 865 SoC or house a Snapdragon X50 5G modem, which is compatible with Snapdragon 855+ SoC.

The Samsung Galaxy Z Flip boots Android 10 out of the box with One UI 2.0 custom skin on top and packs a 3,300mAh battery with support for 15W fast-charging. In terms of optics, the Samsung Galaxy Z Flip features dual-rear cameras consisting of a 12MP primary sensor and a 12MP ultra-wide-angle lens. There is a 10MP snapper on the front for selfies and video chats. The smartphone ships with a side-mounted fingerprint sensor for security.