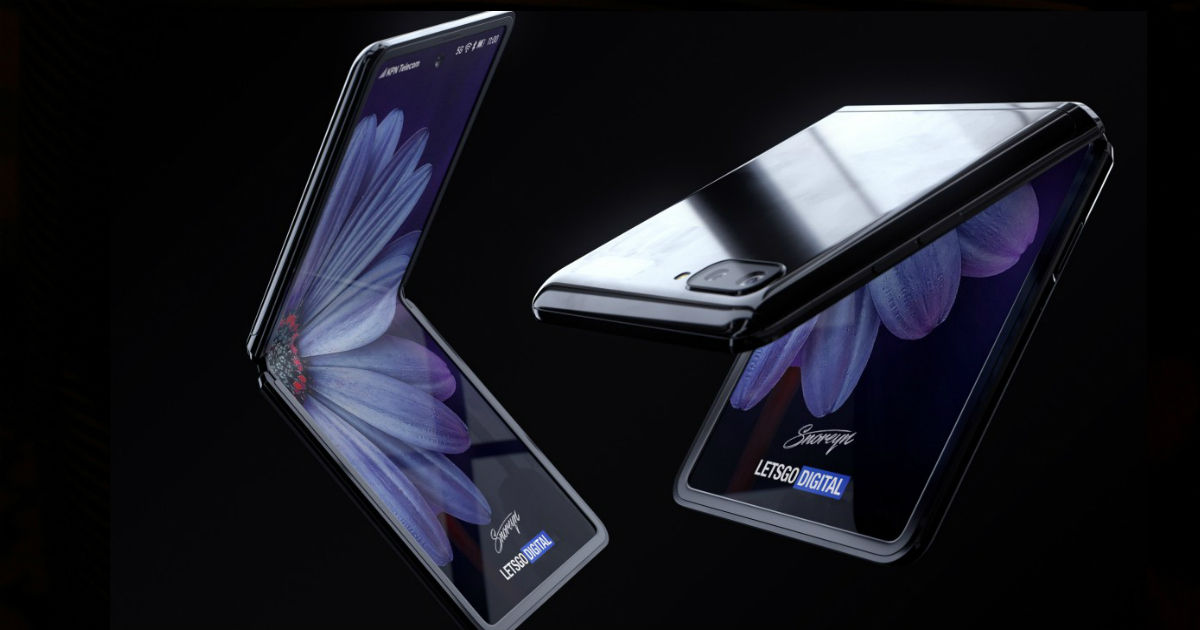 “Samsung Galaxy Z Flip is expected to come with 3,300mAh battery with 15W fast-charging, Android 10 based One UI 2.0 custom skin and a punch-hole design”

Samsung Galaxy Z Flip clamshell foldable smartphone is expected to go official alongside the Galaxy S20 series on February 11th. The handset is tipped to ship with Snapdragon 855 SoC and pack a 10MP selfie snapper on the front. Now, tipster Ishan Agarwal has claimed that the premium foldable phone would come with a 12MP primary sensor and not the recently reported 108MP sensor. The Samsung Galaxy Z Flip is said to have a 6.7-inch Dynamic AMOLED display, 256GB storage and boot Android 10 based One UI 2.0 skin.

Further, the Samsung Galaxy Z Flip is claimed to rock a 12MP primary sensor, 3,300mAh battery with 15W fast-charging, as suggested by China’s 3C certification and will be available in Black and Purple colours. The tipster says that the hinge is visible and the bezels are raised possibly for durability. It is said to have the same type of cap on the hinge as the Galaxy Fold and the punch-hole for the front-camera is small. On the back, the handset is said to have dual cameras, flash, and a pill-shaped screen.

Samsung Galaxy Z Flip is expected to feature an Ultra-Thin Glass (UTG) construction. While it isn’t confirmed, the foldable is said to cost between $860 and $1,295, which is still considerably cheaper than the Galaxy Fold. Since the launch is just a few days away, we should know more details about the Samsung Galaxy Z Flip then.