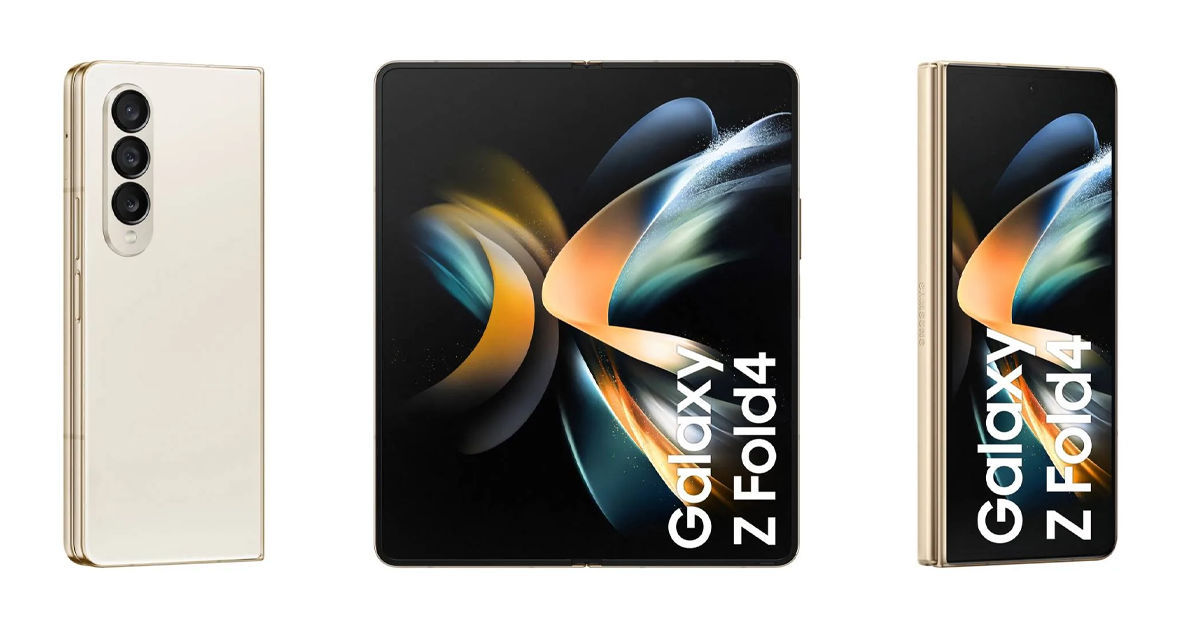 Samsung Galaxy Z Fold 4 is expected to debut at the ‘Galaxy Unpacked’ event on August 10th alongside the Flip 4 and Watch 5. These will come as successors to the Samsung Galaxy Z Fold 3 and Galaxy Z Flip 3. Various leaks have revealed quite a bit about the foldable. 91mobiles has exclusively reported the colour options, RAM & storage versions, and even the sale date in India. Of the two foldable, the Galaxy Z Fold 4 will be the premium model and is expected to be priced on the same lines as the predecessor.

While we wait for the launch event on August 10th, here’s a quick round-up of the Samsung Galaxy Z Fold 4 price, specifications, design and more.

The Samsung Galaxy Z Fold 4 design is said to be similar to the Fold 3 from last year but with some improvements. Firstly, the hinge is said to be refined and the display crease in the middle where it folds is also said to be reduced significantly. These are the two most important aspects of any foldable and Samsung seems to be improving further with every iteration.

The Samsung Z Fold 4 (when unfolded) will have a large display area with an in-screen selfie snapper that only becomes visible when accessing the camera or viewing from specific angles. Ahead of the launch, the Galaxy Z Fold 4 live images have surfaced online and these show off the complete design in full glory. 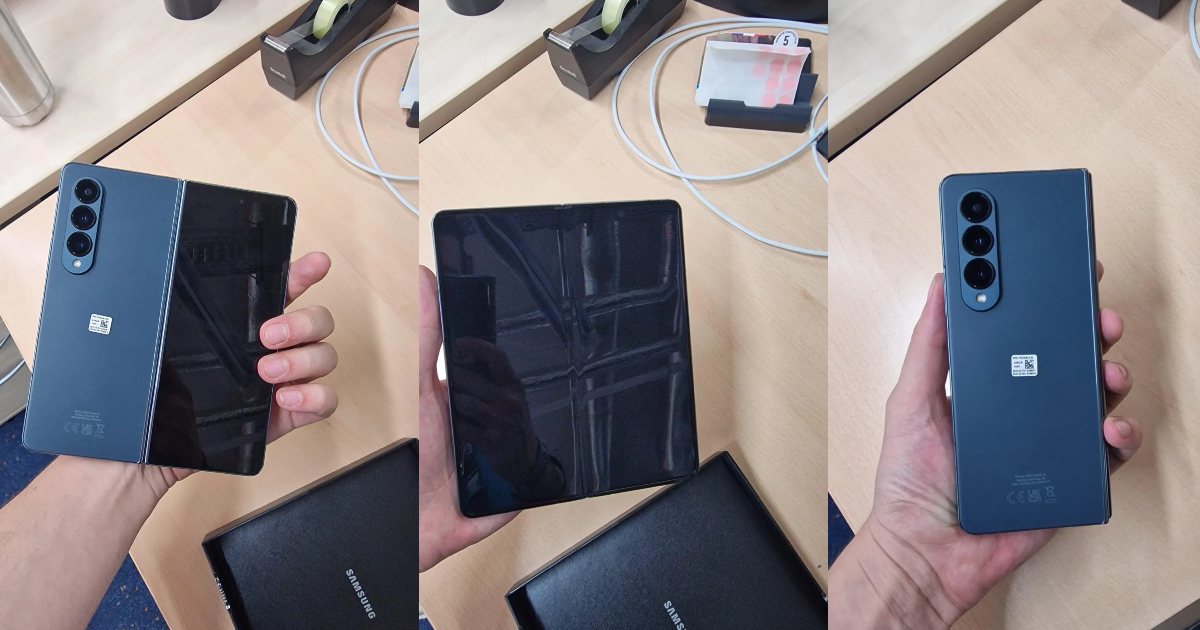 From the live images, it is quite clear the display crease is significantly improved and the phone appears to have symmetrical bezels on all corners for an immersive viewing experience. When folded, the Galaxy Z Fold 4 has an outer screen that has a 120Hz refresh rate and there seems to be a centre-positioned punch-hole cutout for the selfie shooter. The back of the phone houses a rectangular module that house three large camera sensors. We believe the fingerprint sensor could be placed on the side frame.

The Samsung Galaxy Z Fold 4 should be sold in Grey-green, Beige, and Phantom Black colours. There will also be a Blue colour option but we doubt whether it will be available in India.

The Samsung Galaxy Z Fold 4 price is said to be Euro 1,879 for the 12GB + 256GB model and Euro 1,999 for the 12GB + 512GB version. Interested customers can pre-reserve the foldable via Samsung’s official website and exclusive stores by paying Rs 1,999. All pre-order customers will be eligible for additional benefits worth Rs 5,000 after delivery.

The Samsung Galaxy Z Fold 4 is said to sport a 6.2-inch HD+ cover display and a 7.6-inch large internal 2K Dynamic AMOLED display with a 120Hz refresh rate, HDR10+, Dolby Vision, and an in-screen camera for selfies and video chats. The phone could house a side-mounted fingerprint sensor for security and have support for S Pen. 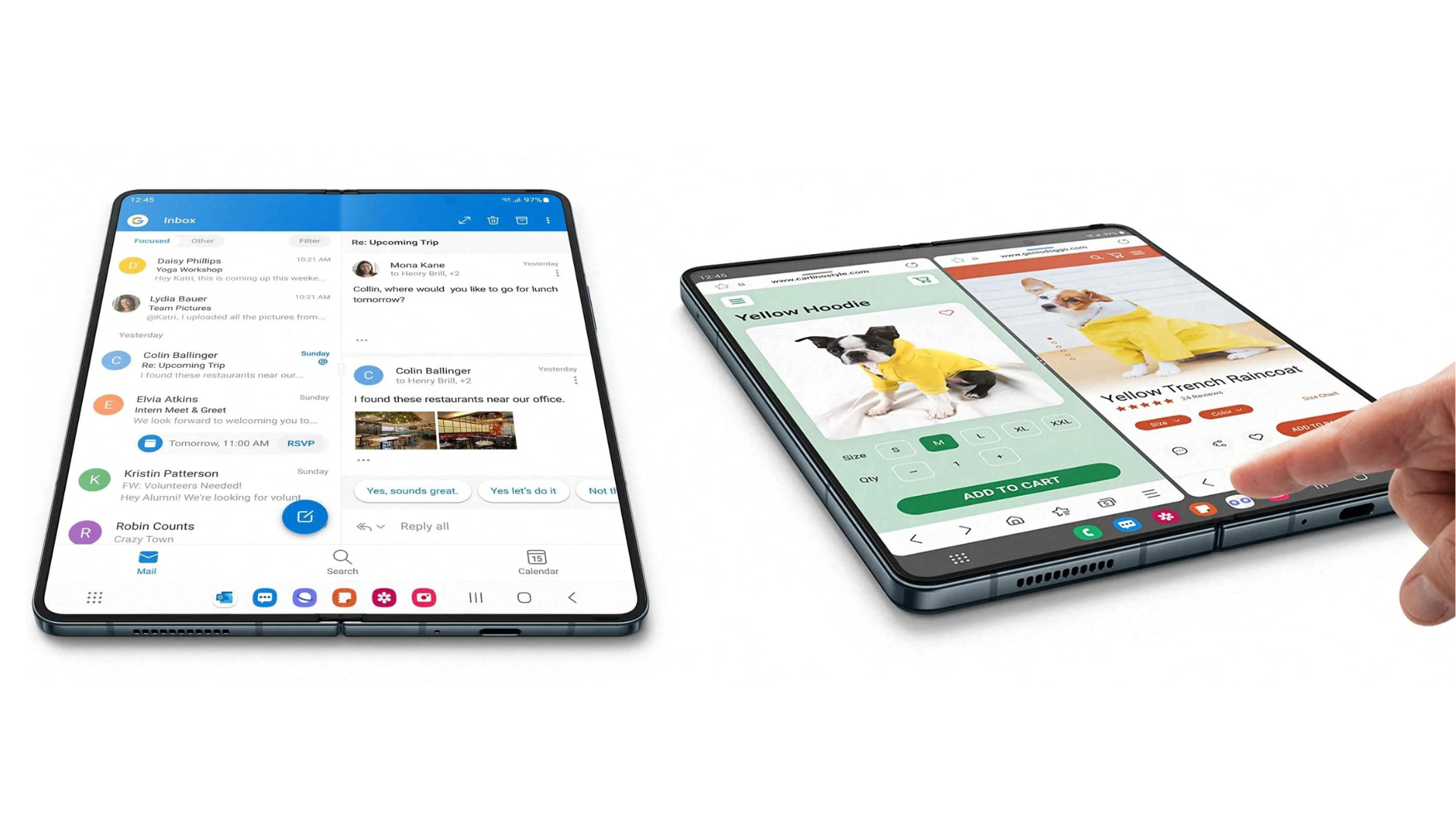 The foldable is said to be powered by the Qualcomm Snapdragon 8+ Gen1 chipset. The phone is said to arrive with 12GB RAM and up to 512GB storage. It is likely to run on Android 12-based OneUI custom skin out of the box. The Samsung Galaxy Z Fold 4 is said to pack a 4,400mAh battery with 25W fast charging support and reverse wireless charging. Connectivity options include 5G, 4G LTE, Wi-Fi 6E,

The Samsung Galaxy Z Fold 4 is said to have triple cameras on the back, comprising a 50MP primary camera, a 12MP ultra-wide-angle lens and a 12MP telephoto camera with 3X zoom. It is said to have a 16MP in-screen camera for selfies and video chats and a 10MP sensor on the outer screen.