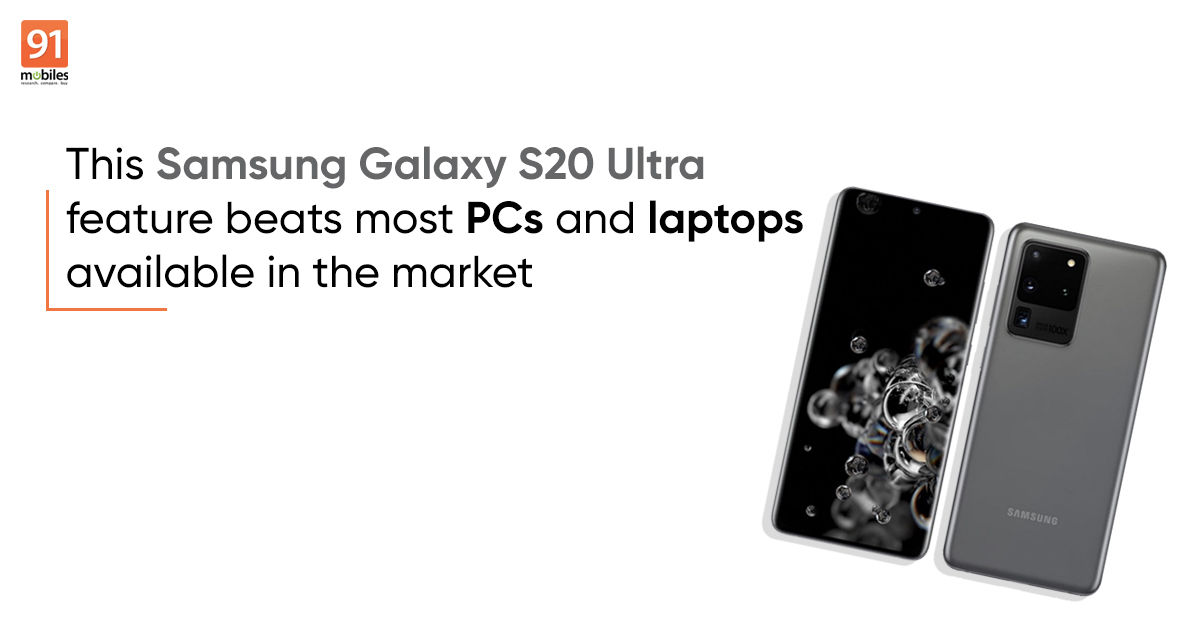 “Samsung has introduced its Galaxy S20 Ultra, which packs an insane amount RAM that has never been seen before in a phone”

Samsung has launched its latest flagships: Galaxy S20, Galaxy S20+, and Galaxy S20 Ultra. The handsets are arguably the most powerful Android smartphones to date, at least on paper. They are powered by Snapdragon 865/ Exynos 990 SoC (depending on your region) paired with a beefy battery cell and a 120Hz QHD+ display. Additionally, the Galaxy S20 series comes with an array of cameras that are rated to offer up to 100X zoom – marketed by Samsung as ‘Space Zoom’. However, a feature that stands out particularly is the 16GB RAM on the ultra-premium Samsung Galaxy S20 Ultra smartphone. That’s right SIXTEEN GB of RAM. It surpasses the 12GB RAM that was previously the benchmark of Android flagships such as OnePlus 7T Pro, Realme X2 Pro, Samsung Galaxy Note 10+, and ASUS ROG Phone 2. 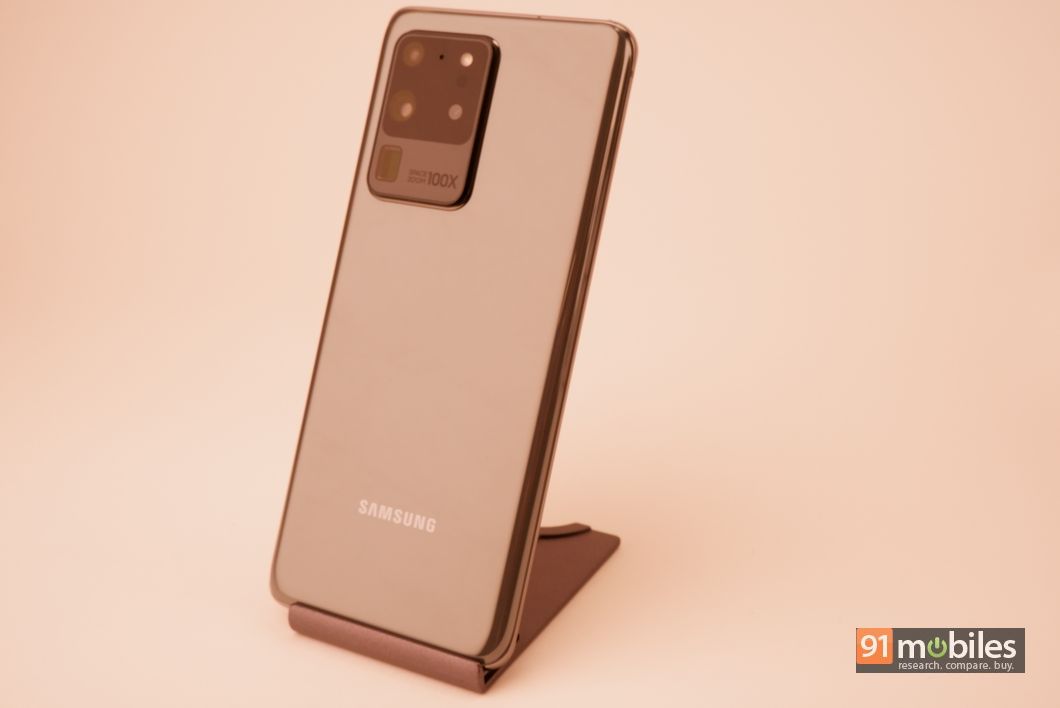 The Galaxy S20 Ultra is the world’s first smartphone with 16GB RAM. The handset beats the average laptop/ PCs in terms of memory capacity and is likely to offer better performance than phones with 12GB RAM option. Additionally, Samsung is using the latest RAM technology LPDDR5 on the S20 series that is rated to be faster than the previous generation LPDDR4X modules found in most flagship smartphones on the market. The tech is also said to deliver optimum memory speeds at a lower power consumption thanks to features such as DVFS, Deep Sleep Mode, DQ Copy, and WriteX.

Having said that, the 16GB RAM seems absurd on its surface; however, it’s often argued that phones with more RAM future-proof your purchase. We are yet to put the Galaxy S20 Ultra with 16GB RAM through paces in real-life, but it’s expected to handle multitasking, AR, VR, and more with relative ease. It could also prove useful for those who use Samsung DeX extensively along with modern high-end games and camera processing algorithms.

Xiaomi is slated to launch its flagship Mi 10 series smartphone on February 23rd, and rumours are rife, that the handset’s top-end variant could sport 16GB RAM. It’ll be the only smartphone challenging the Samsung Galaxy S20 Ultra in that department for a while. OnePlus, Huawei, Realme, and other OEMs with their respective flagship offerings may join the list later in the year.

Apart from the 16GB RAM, Samsung has gone all out to include a “folded” 100X zoom lens in the quad-camera setup at the back. The setup comprises of 108MP primary sensor with f/1.8, PDAF, and OIS + a 12MP ultra-wide sensor with f/2.2 aperture and 120-degree field-of-view + 48MP telephoto lens with f/3.5 aperture, PDAF, and OIS + a DepthVision (3D ToF) sensor. For selfies and video chats, it relies on a 40MP shooter with f/2.2 aperture and PDAF on the front. The cameras are backed by AI-powered multi-image processing to reduce image quality loss at high zoom levels, Live focus, cropped, Ultra Wide, 8K video recording support, and more. 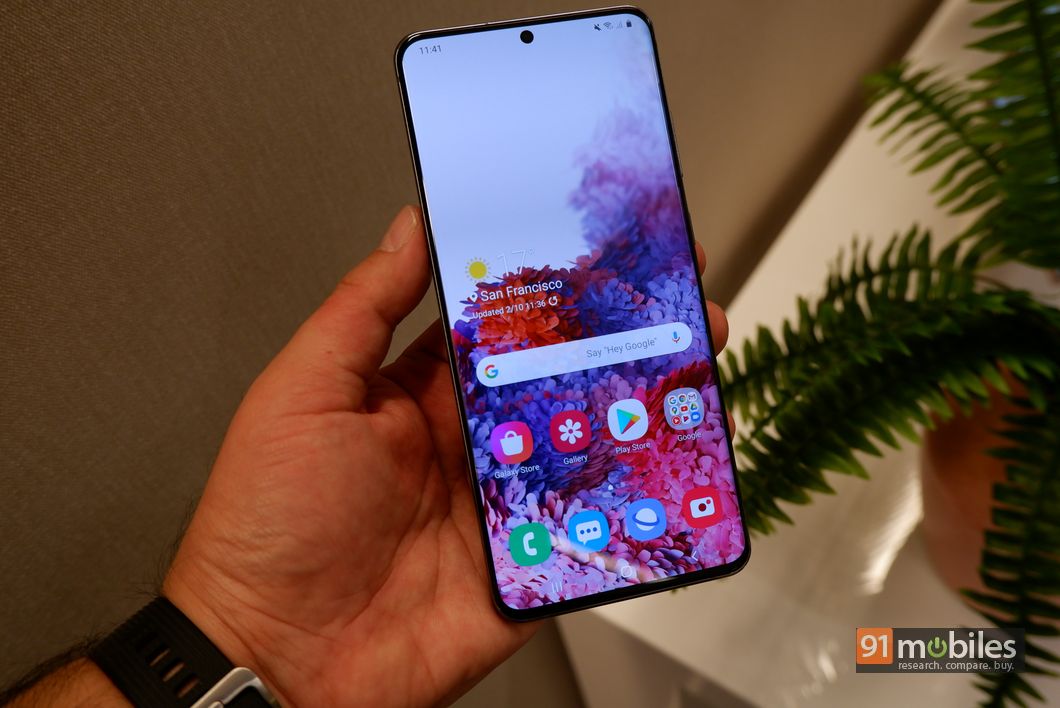 The Galaxy U20 Ultra boots Android 10-based One UI 2 out of the box and sports an unabashedly huge 6.9-inch Dynamic AMOLED Infinity-O display that bears 120Hz refresh rate, Quad HD+ resolution, and an ultrasonic in-display fingerprint scanner. The phonemaker ships the phone with three variants: 12GB + 128GB, 12GB + 256GB, and 16GB + 512GB, with a microSD card support to further expand the storage up to 1TB.

The handset is driven by a 5,000mAh battery with 45W wired charging and Fast Wireless Charge 2.0 support is part of the package. Other features include stereo speakers and earphones fine-tuned by AKG, IP68 rating for water- and dust-resistance, and connectivity options such as dual SIM support, 4G LTE, 5G, Wi-Fi, Bluetooth 5.0, NFC, GPS, and USB Type-C. 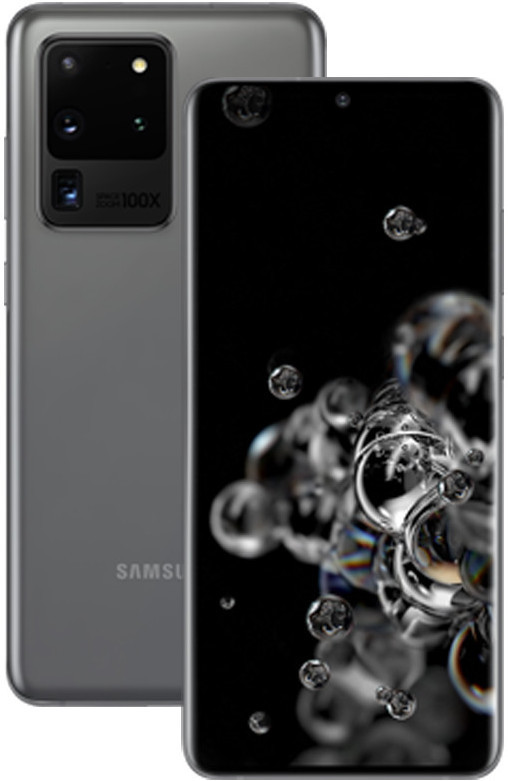