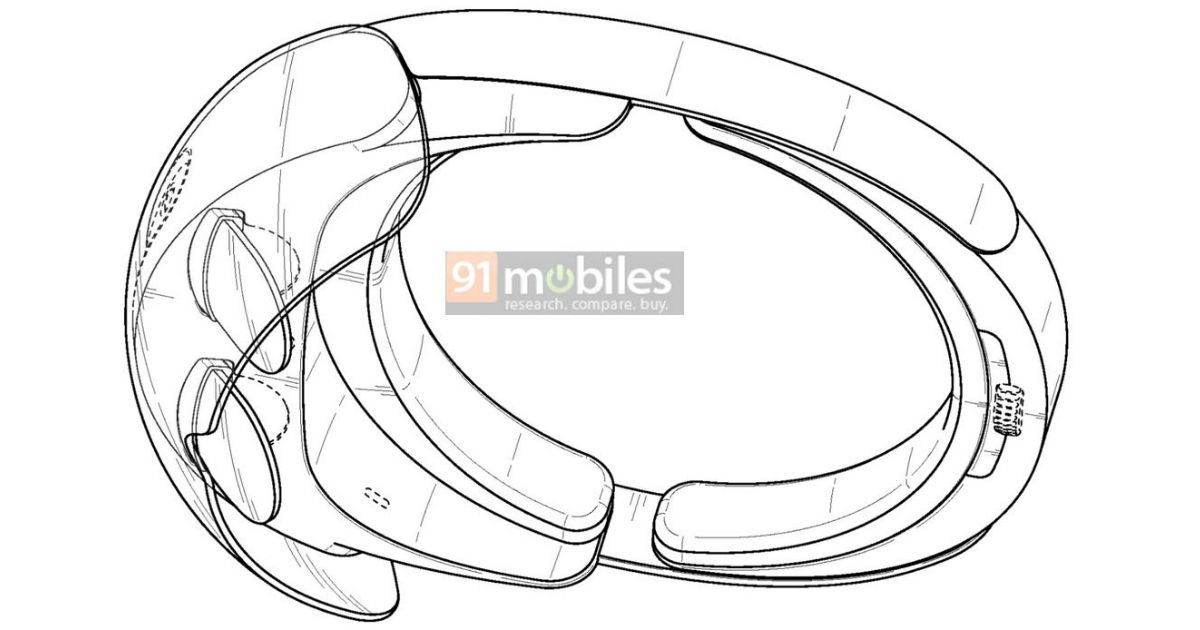 Samsung has been working on augmented reality glasses for quite some time and we’ve recently come across a patent that showed off a design that seems ready for launch. As we wait for an announcement, yet another patent has surfaced online, this time showing off what looks like Samsung mixed reality headset, 91mobiles discovered. The patent was filed at the World Intellectual Property Organisation and it shows sketches of a headset that looks similar to the Microsoft HoloLens.

As suggested from the images, the Samsung mixed reality headset is seemingly equipped with dual cameras at the front, one presumably an environment camera and the other for video recording. Behind the visor, we can see two holographic lenses that would likely project holographic images into your eyes, making it seem like you’re looking at those images in your environment.

There’s a clip on the headband to open the headset and adjust the fit accordingly and the strap could have soft-materials so it doesn’t hurt you. The top panel is where the internal hardware should be housed, including the required sensors, processor, RAM, Wi-Fi transceivers, among others. The headset has a rectangle-bar on the right spine, which could the speaker for audio output.

Unlike the typical spectacles-like design that Samsung is working on, the mixed-reality headset shown in the patent seems to be slightly bulky but could add additional functionality which is under wraps for now. It is unclear whether Samsung plans to bring this to the market as of now. Mixed reality glasses haven’t taken off and the design could simply be a concept that never makes it to the shelf.