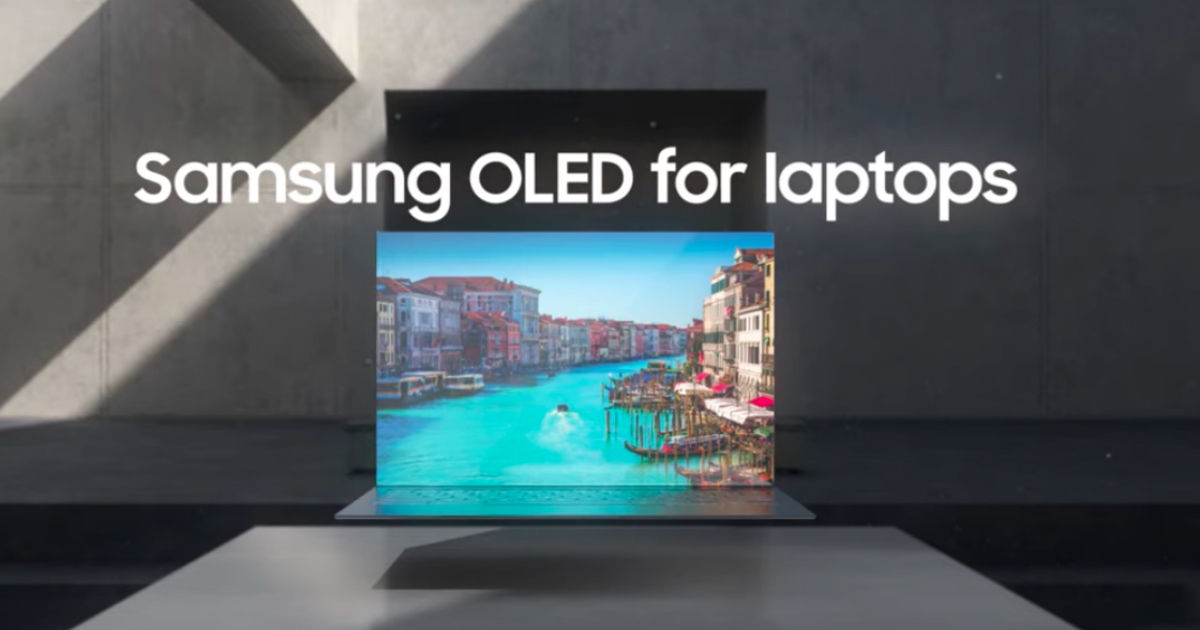 Samsung Display has announced that it will now be offering its new OLED panels on laptops to offer a superior image quality. The South Korean giant through a YouTube video has confirmed some of the important features, including cinematic visuals, Ultrapure colours (Red, Green, Blue), deep blacks at 0.0005nits, high contrast ratio at 1,000,000:1 and sunlight visibility. Samsung says the OLED screens for laptops will offer 120 percent DCI-P3 colour gamut coverage and 85 percent HDR coverage. The video compares the difference between a conventional panel and Samsung’s QLED screen. The company is expected to offer more details regarding its OLED panels for laptops at the First Look event tomorrow.

While Samsung launched its 2021 laptop lineup recently that included the Galaxy Book Flex 2, Galaxy Book Ion 2, and the Notebook Plus 2, none of these models use OLED screens. However, there’s always the possibility that the company could unveil more laptops down the year with OLED screens. In 2020, Samsung Display had been a supplier of OLED screens to ASUS, Dell, HP, Lenovo and Razer. We should learn more information going forward.

Separately, Samsung Galaxy S21 series is gearing up to launch on January 14th globally. The lineup is said to comprise the vanilla Galaxy S21, Galaxy S21 Plus, and Galaxy S21 Ultra. All the models are expected to have a punch-hole cutout, Dynamic AMOLED display, Android 11 OS, Snapdragon 888/Exynos 2100 SoC, up to quad-cameras and an in-display fingerprint sensor for security. While the Galaxy S21 and S21 Plus will have flat screens, the S21 Ultra is expected to have curved edges.