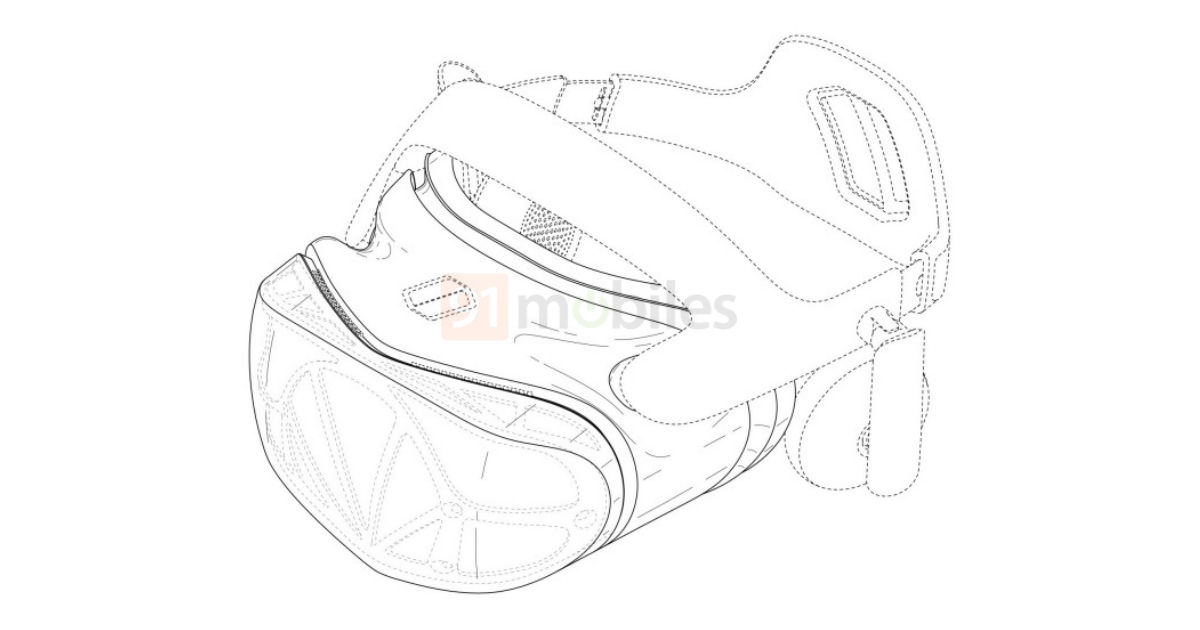 In October 2017, Samsung joined the club of mixed reality headset manufacturers by introducing the HMD Odyssey. The same month in 2018, the brand introduced the successor to the device called the Samsung HMD Odyssey+. The successor to the HMD Odyssey arrived with a new design, which provided a more comfortable wearing experience to the user. Now it looks like the South Korean tech giant is all set to introduce yet another mixed reality headset, suggests a patent filed by the company with CNIPA regulatory authority in China.

The patent Samsung filed at CNIPA shows a virtual reality headset, which looks a lot like the Samsung HMD Odyssey+, but has quite a few changes. First up, the headset seen in the new patent images has a different frontal design. While the Odyssey+ features two cameras on the front, there are none visible in the device in the patent. The mixed-reality headset in the patent filing has a much better-looking design with some sort of pattern under the glass panel. Just like the previous XR headset from Samsung, this one also has volume buttons and a focus button at the bottom.

Moving onto the other design details, the Samsung headset shown in the patent also has adjustable headphones outside the body. On top, the device in the patent has some sort of a logo and two housings on either side to fit the rest of the parts. Samsung’s branding is placed above the headrest. Just like the Samsung HMD Odessey, the headband of the in the patent is adjustable.

Notably, while the part of the device that supports your back of the head on the previous Samsung headset is heavily padded, there seems to be no padding on the headset in the patent filing. Lastly, we can see the connecting wire on the left side of the headset that will connect to your PC or powerful laptop to make the magic of the mixed reality world happen.

As of now, it is not clear when Samsung is planning to launch its next mixed reality headset. It’s worth mentioning that design of a product in patent filings doesn’t always make it to commercial devices.

Separately, another patent for the next-gen Samsung Odyssey VR headset has also surfaced online. It seems to be another version of the headset, with a separator between the two glasses that looks like compound eyes, instead of curved glass on the front. The rest of the design, including the headband, external headphones, the hardware buttons, etc are the same between the two.