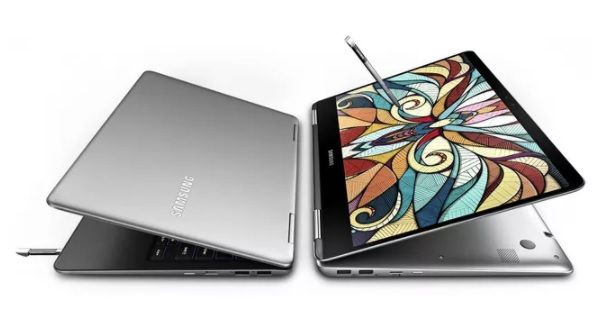 “The Notebook 9 Pro flaunts an Intel Core i7 processor, up to 16GB of storage and a Windows Hello camera”

At the ongoing Computex 2017 trade show in Taipei, Samsung has brought its S Pen technology to its notebook lineup. The brand has launched its new Galaxy Notebook 9 Pro, which comes with a built-in S-Pen stylus. The convertible offering comes with a 360-degree rotatable hinge, which allows it to be used in several modes like laptop, tablet, stand and tent. 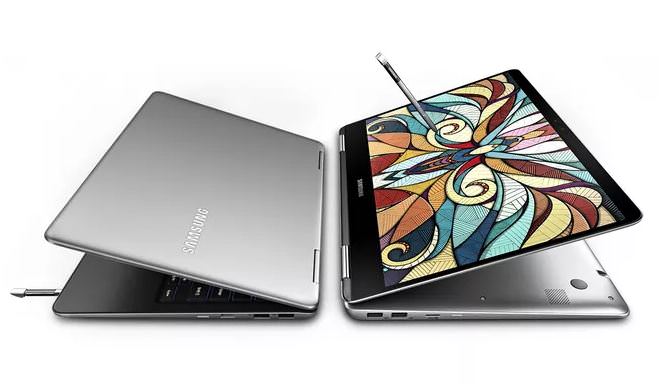 The Samsung Notebook 9 Pro’s S Pen stylus features 4,000 levels of pressure and the ability to detect tilt for shading. The accessory also includes the company’s Air Command software for drawing, notes and editing documents. The stylus is also compatible with Windows Ink, which allows users to use the stylus across all of Windows 10.

As for the other specs, the Notebook 9 Pro comes in 13.3-inch and 15-inch variants, which are powered by Intel’s latest Core i7 processors. The former model comes with 8GB of RAM, while the latter gets 16GB of RAM. The notebook features 256GB of SSD storage, AMD Radeon 450 graphics, a USB Type-C port for fast charging, two regular USB ports, an HDMI port and a Windows Hello camera on the front.

Samsung hasn’t yet revealed the price of the Notebook 9 Pro. However, the convertible is expected to go on sale in major markets later this year.