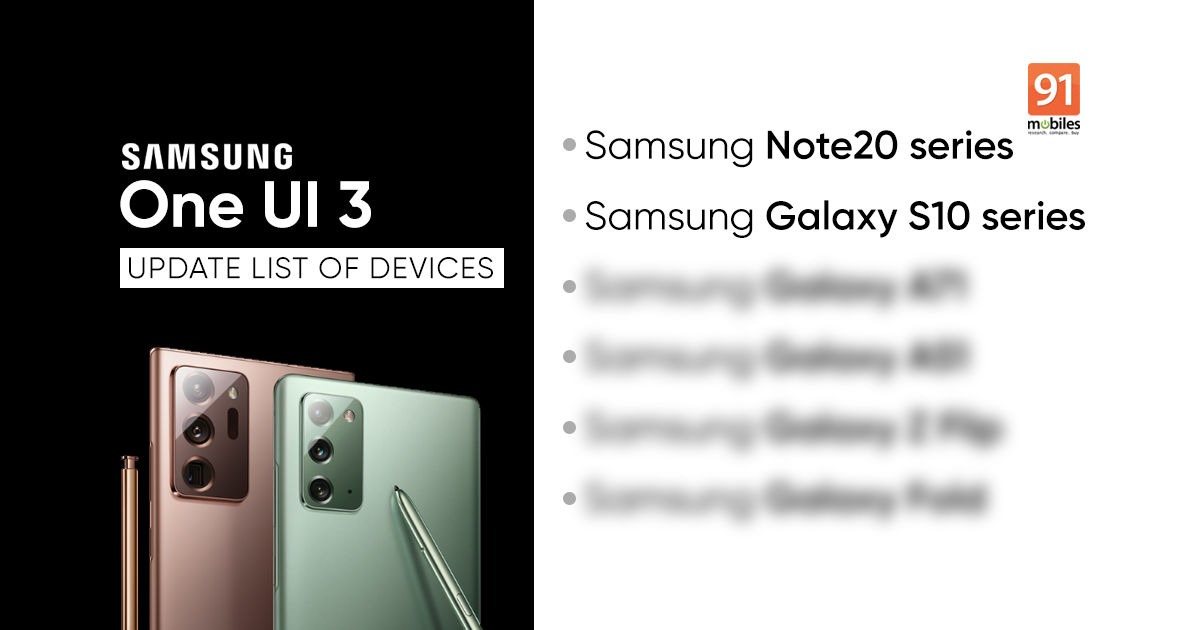 OneUI 3 release date, update list, and more: One UI 3 is the latest custom skin from Samsung. The skin is based on Google’s Android 11 OS platform and comes with several new features and enhancements over the previous-gen One UI 2.5. Samsung has released two versions of its new iteration of custom skin so far, namely One UI 3.0 and One UI 3.1. The latter is built on top of One UI 3.0. However, the One UI 3.1, which was introduced with the Galaxy S21 series, ships with some new features that the older version doesn’t have. Samsung has started rolling out the update to older devices, but not every One UI 3.1 feature will make its way given some hardware is required. We take a look at the One UI 3.0/ One UI 3.1 update list, release date, and features in this article.

After a months-long beta testing period, Samsung has started rolling out the stable One UI 3 update to eligible devices. One UI 3.1 with Android 11 atop was recently made available to the Galaxy S20 series, Galaxy Note20 series, Galaxy Z Fold 2, and the Galaxy Z Flip smartphones. The One UI 3.0 also on Android 11, on the other hand, is available for download to a lot more Samsung devices, including 2019’s flagship Galaxy S10 series.

One UI 3.0 and One UI 3.1 both are based on Android 11 – the latest major Android OS that’s out now. The skin comes with some new features and design tweaks, including an overhaul of the notification shade, repositioning of volume controls, and a new look and feel of native apps like Gallery, Contacts, Phone and Messages.

These were some of the notable features of One UI 3.1. There is a Director View feature as well that allows you to record with all of the included lenses on your Galaxy smartphone simultaneously, but it’s exclusive to only the Galaxy S21 series for now. The skin also offers One UI 3.0 features, which we are going to discuss next.

In addition to these, One UI 3.0 also comes with the ability to customise incoming call UI customisation, new smart home controls, and camera features such as auto-focus and auto-exposure. Samsung has also revamped its Internet app with a new design, more settings tweaks, and the ability to open up to 99 tabs. One UI 3.0 also supports a double-tap to turn the phone’s screen off and Android 11 features such as dark theme scheduling, conversation notifications, and chat bubbles, among other things.