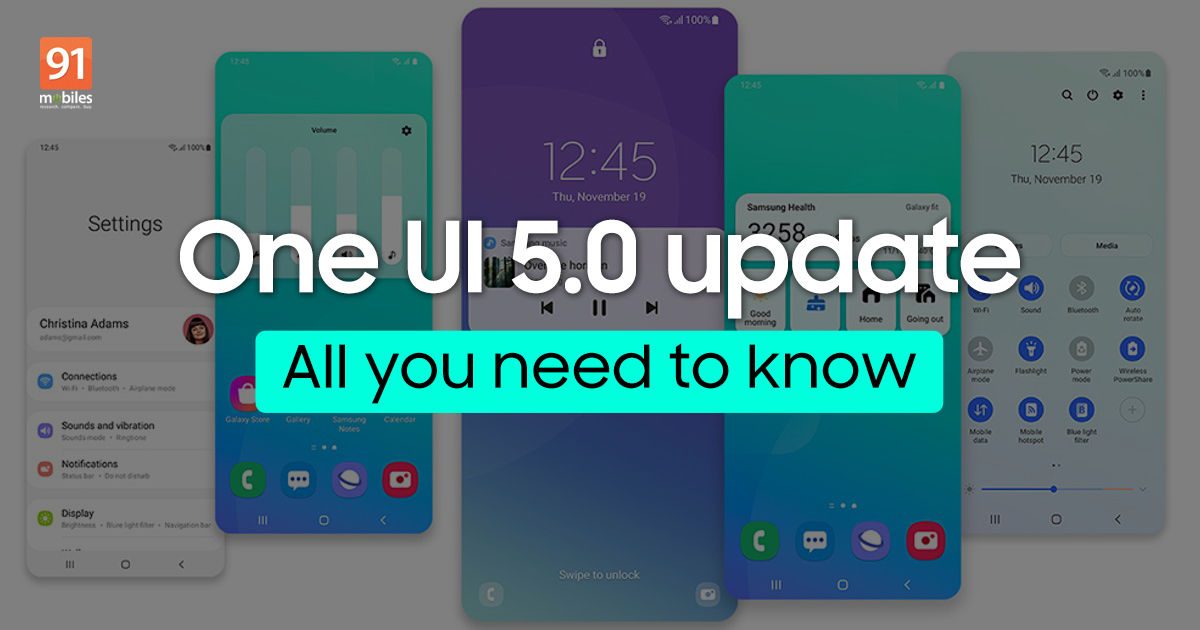 Samsung is all set to launch the new One UI 5.0 custom Android skin soon. Based on the latest Android 13, the skin intends to bring enhancements to the software, with new gestures, features, animation, and more. The One UI 5.0 is said to roll out to all eligible devices in Samsung’s portfolio in the coming months. In case you are wondering about the One UI 5.0 release date, features, eligible devices, beta updates, and more, we have got you covered. Here’s everything you need to know about Samsung’s upcoming custom Android skin:

As per rumours, Samsung is expected to roll out the One UI 5.0 update based on Android 13 officially starting from October 2022. The first batch to receive the update will be Samsung’s latest top-end lineup i.e. Galaxy S22 series which includes the vanilla Galaxy S22, Galaxy S22+ and Galaxy S22 Ultra.

However, users who are keen on getting their hands on the latest version of One UI early can apply for the public beta update. That said, once the official OneUI 5.0 update lands on the Galaxy S22 series, expect more devices to follow suit in the following months.

While it’s not official yet, the One UI 5.0 beta update may start rolling out starting this month. SamMobile claims that the update will be released in the third week of July. For the uninitiated, it will be a beta update which means there could be tons of bugs and issues with the skin. We would advise you to not download it on your primary device.

The One UI 5.0 features remain vague at the moment. Samsung hasn’t shed or teased any details yet. However, 9To5Google were able to unearth some of the features through the beta version of OneUI 5.0 based on Android 13 for the Galaxy S22 series. Here’s what to expect:

Samsung is said to come up with an OCR (Optical Image Recognition) feature which will allow users to copy and paste text from images. This feature will even make its way to Samsung’s keyboard in which the text can be scanned and copied right into the clipboard.

Many Android skins have had certain gestures to quickly activate split-screen mode. With the One UI 5.0 update, Samsung will finally introduce this feature and make multitasking a tad bit easier and quicker. To use apps on split-screen in One UI 5, users can now swipe with 2 fingers from the bottom to use two different apps simultaneously side by side.

Swipe for a pop-up view

Similar to the new gesture to enter into split-screen mode, One UI 5 is introducing a brand new way to use apps in the pop-up view. Users can now simply swipe from the corner of the display to the middle of the screen to use the particular app in the pop-up view.

The Samsung Notes app now supports sharing of notes with up to 100 people. According to the given permissions by the note creator, everyone with whom the note is shared can write, edit and even view live changes within the shared note.

OneUI 5 update will bring along the core Android 13 features as well such as stricter privacy controls for apps, notification permissions on the first launch of an app, integrated Fast Pair, subtle theming improvements and much more.

Samsung has lately been providing timely updates for most of its devices and not just the flagship phones. The Korean tech giant has assured the next four major Android updates for the latest Galaxy S22 series with five years of security patch updates. Similarly, the latest foldable lineup of Galaxy Z Fold 3 and Z Flip 3 will receive at least five years of security updates from launch. The same goes for certain latest Galaxy A phones. Here’s the timeline on when you can expect the One UI 5 update to officially hit your Galaxy phone in the coming months.

OneUI 5.0 beta download: How to apply for the beta update

Samsung phone users can apply and install the latest version of One UI through the Samsung Members app when their devices become eligible. Here’s how to apply for the One UI 5 beta update:

Do note that the beta update will only be available to apply on the Samsung Members app when Samsung officially announces it. As for One UI 5 beta, the first batch of phones to receive it will be the Galaxy S22 series that too on a country-wise rollout.

It is always recommended to take a full backup of your phone’s data such as media files, SMS, call logs etc. before going ahead for the beta update or any major update for that matter.