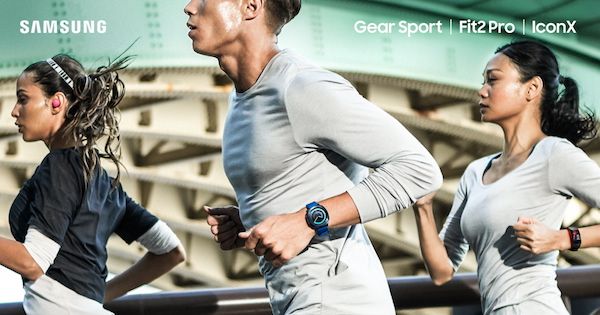 “The upcoming Samsung smartwatch will likely be called Galaxy Sport”

An unannounced Samsung smartwatch codenamed as ‘Pulse’ has surfaced online. The watch is expected to be the successor of Samsung’s Gear Sport that was launched last year. The vendor is likely to push its ‘Galaxy’ branding to the wearable, just as it did with its new watch, and hence, it’s likely to be dubbed as Galaxy Sport. As reported by SamMobile, the watch bears a model number SM-R500 and the initial software version R500XXE0ARL5 suggests its production started this month only.

Notably, the Gear Sport came with SM-R600 model number, therefore, it remains to be seen if the SM-R500 will be a proper upgrade or just face a minor iteration. The specifications of the watch are scarce at the moment, but what we do know is that the alleged Galaxy Sport will employ 4GB of RAM and run Samsung’s OS for wearable – Tizen.

If the watch is coming with ‘Sport’ moniker, it’s likely to boast of fitness features, including heart rate sensor, sleep monitor and pedometer. Furthermore, Samsung could launch the wearable in two variants: LTE and WiFi. On the display front, the Galaxy Sport could flaunt an AMOLED panel close to 1.2-inches in size and with slimmer borders. The in-house AI-based Bixby assistant could accompany the device.

Samsung is yet to reveal if and when it’s planning to launch the Galaxy Sport. The OEM doesn’t have any launch event around the corner; however, we expect it to be released in February 2019 alongside Galaxy S10 smartphone series. The upcoming flagship handsets are expected to come in four variants with one being a 5G connectivity. All the models will reportedly rock Snapdragon 855 SoC (in the US and South Korea) or Exynos 9820 chipset (for other markets).

Galaxy A51 vs Oppo F17 Pro: how the Samsung smartphone wins this battle of mid-range smartphones