A new Samsung tablet with model number SM-T387W has been listed on the website of the US Federal Communications Commission (FCC). This is the first clear sign that the South Korean brand is working on a tablet that it plans to launch in 2019, which is not a surprise. The design as well as the model number suggest this tablet will be a mid-range offering and not a flagship product. 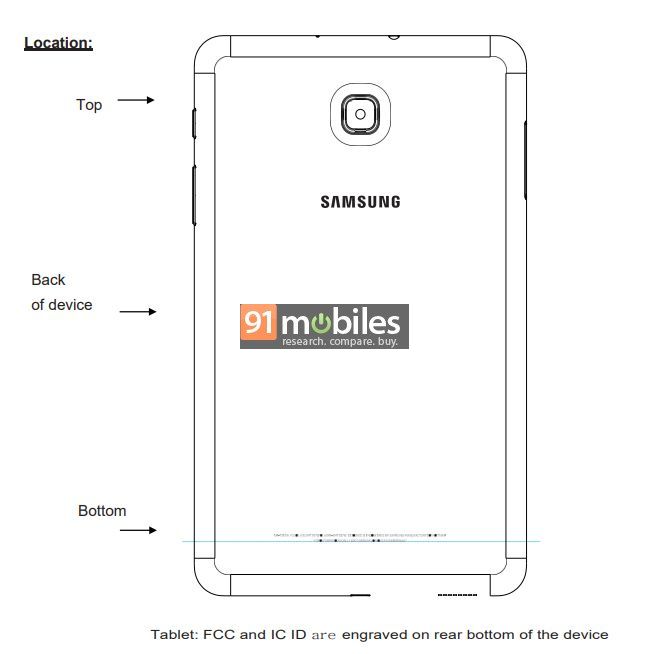 This FCC listing of Samsung SM-T387 includes an image of the tablet, which shows the back of the device. We can see the company’s logo and a camera module sans a LED flash on the back. The 3.5mm earphone jack and a tiny hole for the microphone are positioned on the top and the Power button and Volume Rocker are on the sides. There is a microUSB port on the bottom and a speaker grille visible next to it. On the left edge could be the slot to insert microSD and SIM cards. The listing also mentions that Wi-Fi and LTE variants of the tablet are under development.

Samsung launched the Galaxy Tab A 8.0 2017 with the model number SM-T385, so it is likely the new product certified by the FCC will be the 2019 edition of Galaxy Tab A. However, since the listing does not include an image of front of the tablet, we don’t know if Samsung will stick to the fingerprint sensor in the front or go for an all-screen design this time around.

There is no word yet regarding a launch timeline for the Galaxy Tab A 2019 model, but we can expect it go official in the next few months. That’s all the information we have for you right now, and will keep you posted if something comes up.