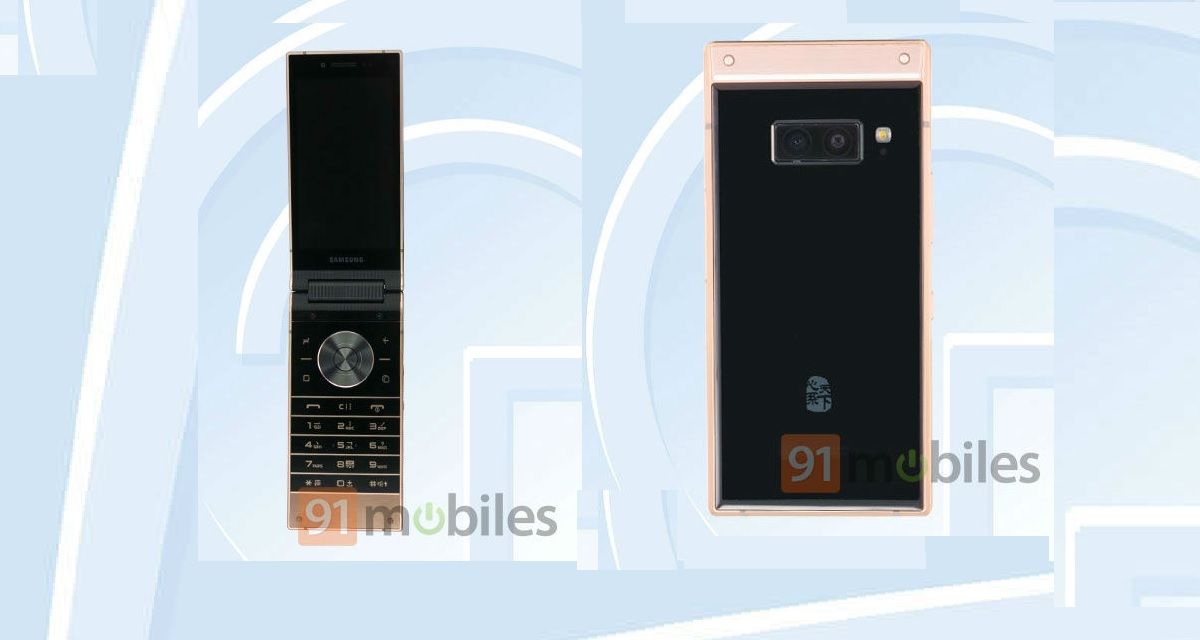 Several reports in the past have indicated that Samsung is planning to launch its latest W series flagship flip phone in the near future. The handset is in the pipeline under the model number “Lykan”. Now ahead of the unveiling, the upcoming Samsung Galaxy W2019 flagship has appeared on the Chinese certification agency TENAA. Notably, the phone has been certified in China soon after it received certification from Bluetooth SIG and Wi-Fi Alliance. 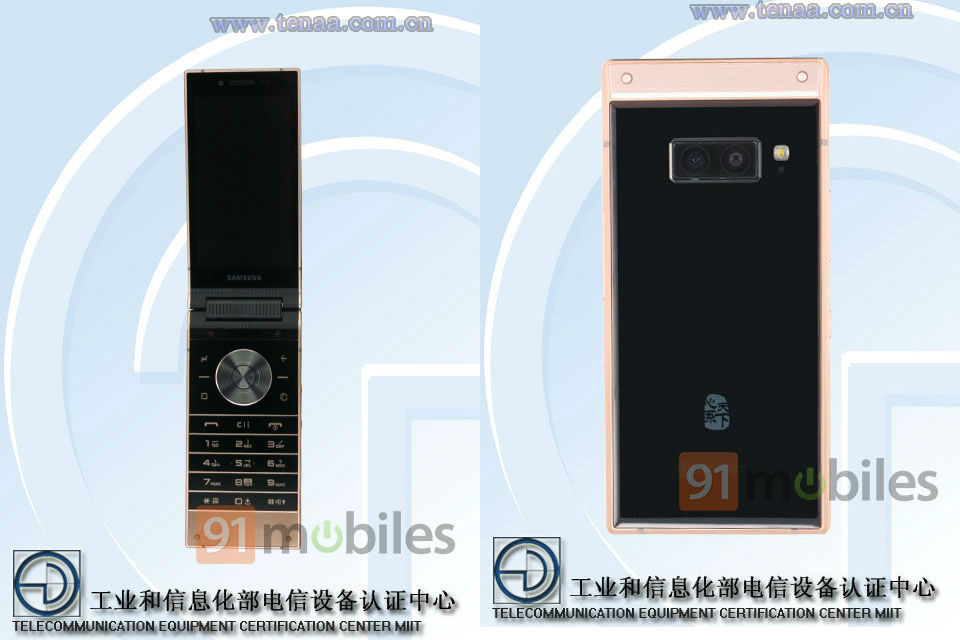 As seen in the images, the Samsung W2019’s one of the colour variants will be gold. The phone will have one screen on the outside and another on the inside. At the rear, the smartphone appears to sport a dual primary camera setup, accompanied by an LED flash unit. It’s not clear if the rear panel of the handset is made out of glass or metal, but the former seems to be the most likely case. The device seems to have a T9 keypad with dedicated keys for home and recent apps. Since a fingerprint sensor isn’t visible at the rear or front of the device, we expect the handset to offer the same on the side of the handset 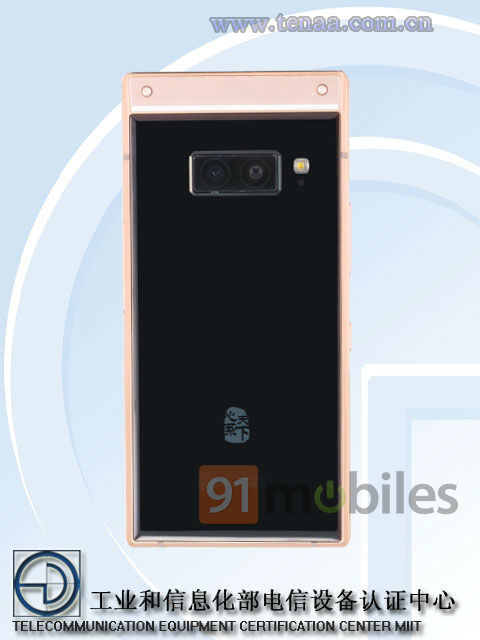 As far as the specifications are concerned, the Samsung W2019 could be powered by a Qualcomm Snapdragon 845 processor. We expect the rumour mill to reveal more details regarding the smartphone in the near future, so stay tuned.