91mobiles.com
Home News Samsung patent shows smartphone with detachable display that can be worn like...
Highlights 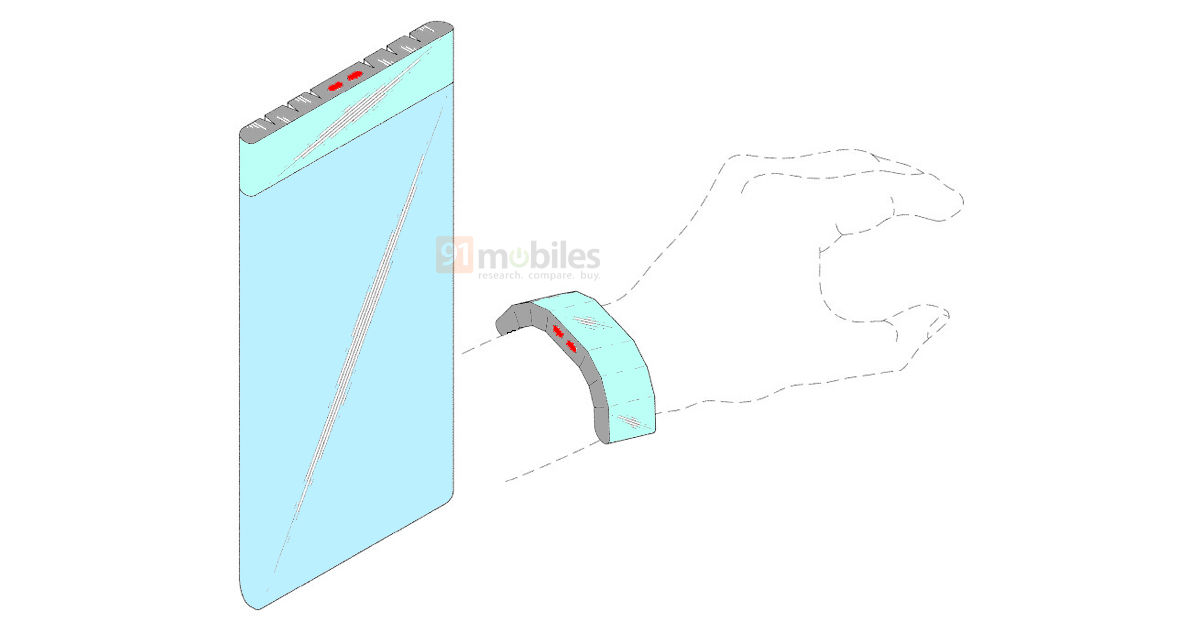 Samsung could be working on a unique smartphone that will have a detachable display, according to the patent it has filed with the World Intellectual Property Organisation (WIPO). First discovered by 91mobiles, the patent was filed back in 2018 and was only published earlier this week. The images accompanying the patent application show the top portion of the phone can be detached and wrapped around curved surfaces such as your hand, quite like a fitness band. However, it wraps onto only the top portion of the hand, thus not fully secured to the wrist. The detachable portion has two buttons on the left pane, probably for selection or navigation. It’s possible the detached portion connects to the phone via Bluetooth. The Samsung detachable phone has the usual rectangular, boxy design on the front. But what differentiates it from other phones is, obviously, the top portion. The wraparound display could surface content such as date, time, notifications received on the phone, and much more. It could have touchscreen support for selection, but may also be controlled from the phone directly. The wraparound display should be connected to the main phone via magnets or pin connectors and charge from the phone like a stylus pen. The patent description describes it as “an ornamental design for a display device,” which suggests it will offer additional functionality over typical smartphone use cases.

Since the patent was filed way back in 2018, there’s no way to tell whether Samsung would pursue such a design and launch a commercial product at any point in time, but it’s good knowing that OEMs are aiming to offer unique and out of the box smartphone designs down the road.