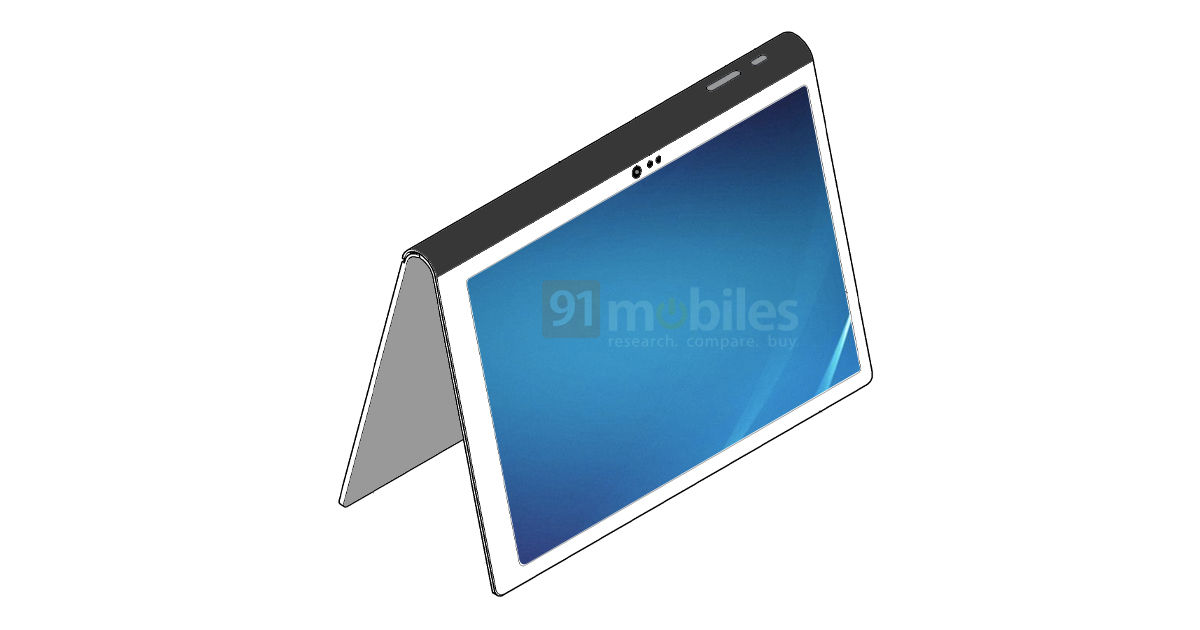 We may see a Samsung tablet with a new curved edge design and a built-in stand, which will be a great feature to prop up the device while streaming content. The South Korean manufacturer has acquired a patent for such design for its tablet from the World Intellectual Property Office (WIPO). The patent reveals schematics of the Samsung tablet that features an all-display fascia with a fair amount of bezels and a curved edge that seems to house volume rocker and the power button. More importantly, the hinge will help connect the tablet to an integrated stand. While we’re not sure whether the stand is removable, it’s purpose is quite clear — the stand will give support to the tablet and keep it upright and at an angle. As seen in the images, it looks like the stand will give support to the tablet to an angle of around30-degrees. When closed, the stand on the back will leave a gap, like we have seen on the Samsung Galaxy Fold. Talking about the tablet, it’ll have a front-facing camera on the right of the screen. The back panel of the device is said to house speaker grille, charging port, and a slot for either microSD card/ SIM. That’s all we know about the tablet design at the moment.

The tablet could be part of Samsung Galaxy Tab series in future, but a mere patent doesn’t prove that it’ll actually see the light of the day. We’ve seen several patents in the past that have failed to materialise, so take this design with a pinch of salt until there’s an official confirmation.

Separately, rumours are rife that Samsung is working on next-gen flagship tablets – allegedly dubbed as Samsung Galaxy Tab S7 and Galaxy Tab S7+. The vanilla S7 is tipped to feature an 11-inch display, while the Samsung Galaxy Tab S7+ could sport a slightly bigger 12-inch. The models are expected to arrive with S Pen Stylus support. That’s everything we know so far!