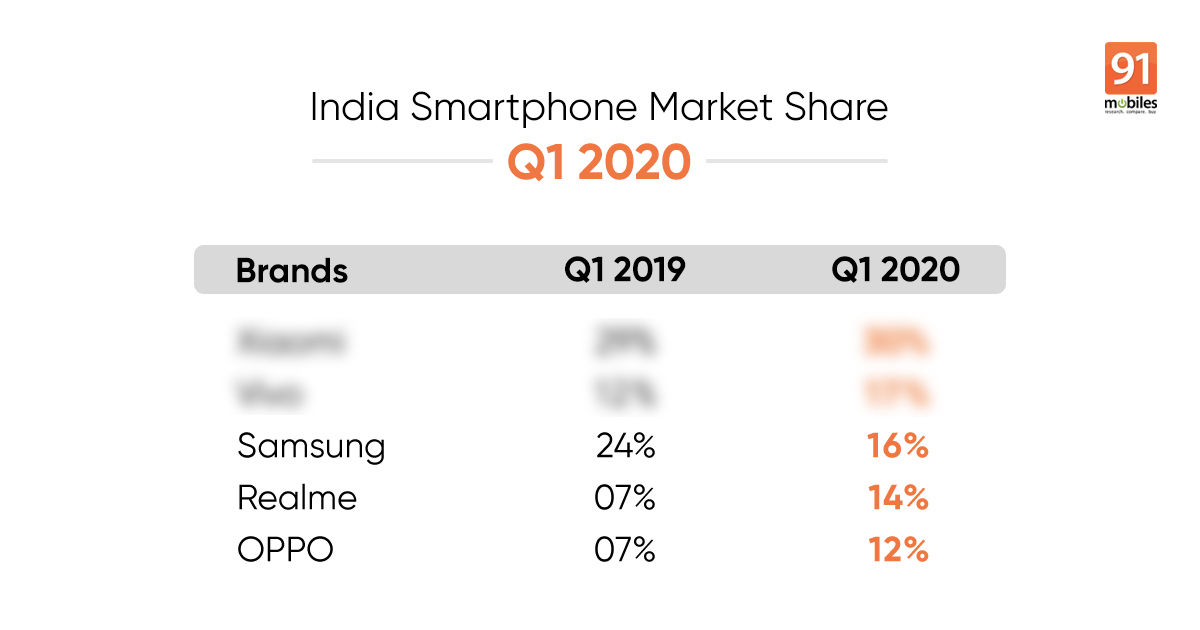 While Xiaomi retained its position as the leading smartphone brand in India, Vivo has overtaken Samsung to grab the second spot in Q1 2020, according to Canalys. The report claims that Vivo has doubled its shipments in India YoY with 6.7 million units, thereby capturing 19.9 percent of the market. Xiaomi sold over 10.3 million units and secured 30.6 market share. This spike in market share is attributed to the brand’s offline expansion and aggressive pricing. Samsung had to settle in the third position with 6.3 million units and 18.8 percent share. Realme and OPPO are in third and fourth position with 3.9 million and 3.5 million shipments. Overall, about 33.5 million units were shipped in Q1 2020, registering a growth of 12 percent. 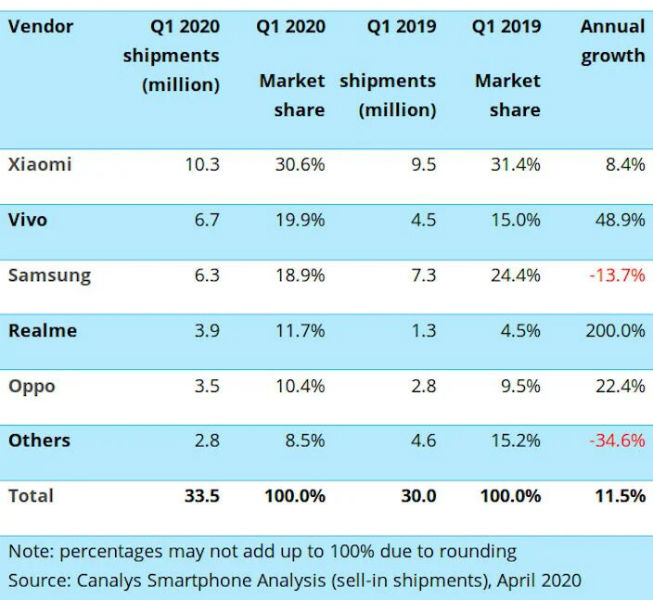 Canalys says that “Vivo’s high sell-in this quarter was mainly due to planned stockpiles ahead of the Indian Premier League (IPL). Now, due to the lockdown and IPL being postponed, much of the inventory in offline channels are locked and Vivo might face a tough time to quickly push the units when the lockdown lifts.“ 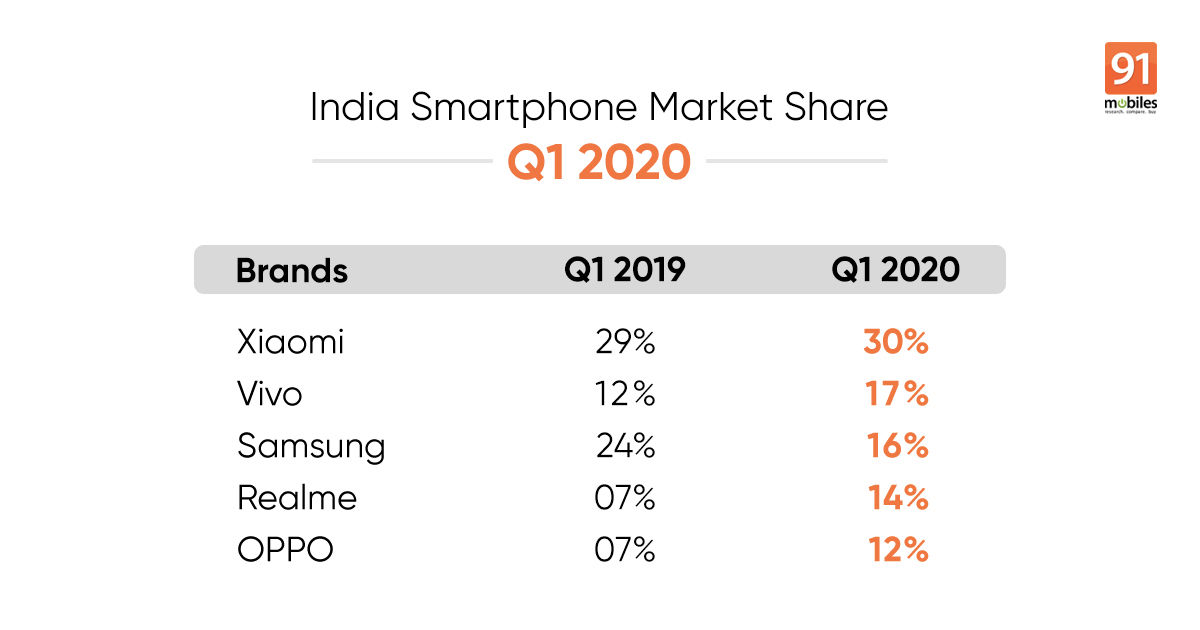 According to the Counterpoint research firm, the Indian smartphone shipments grew 4 percent in Q1 2020. The growth was mostly in the months of January and February as March month reported a decline of 19 percent, hence the growth was limited to just 4 percent. Counterpoint is estimating that overall smartphone shipments will decline by 10 percent in 2020. Interestingly, the combined market share of its top three leading brand — Vivo, Realme, and OPPO come at 42/43 percent.

Separately, the feature phone market saw a decline of around 24 percent YoY in Q1 2020, suggesting that customers are preferring smartphones. Itel has grabbed the top spot with around 22 percent market share, Lava shares the second spot with Samsung with 15 percent share. Nokia and Micromax are at third and fourth place with 13 and 7 percent share.