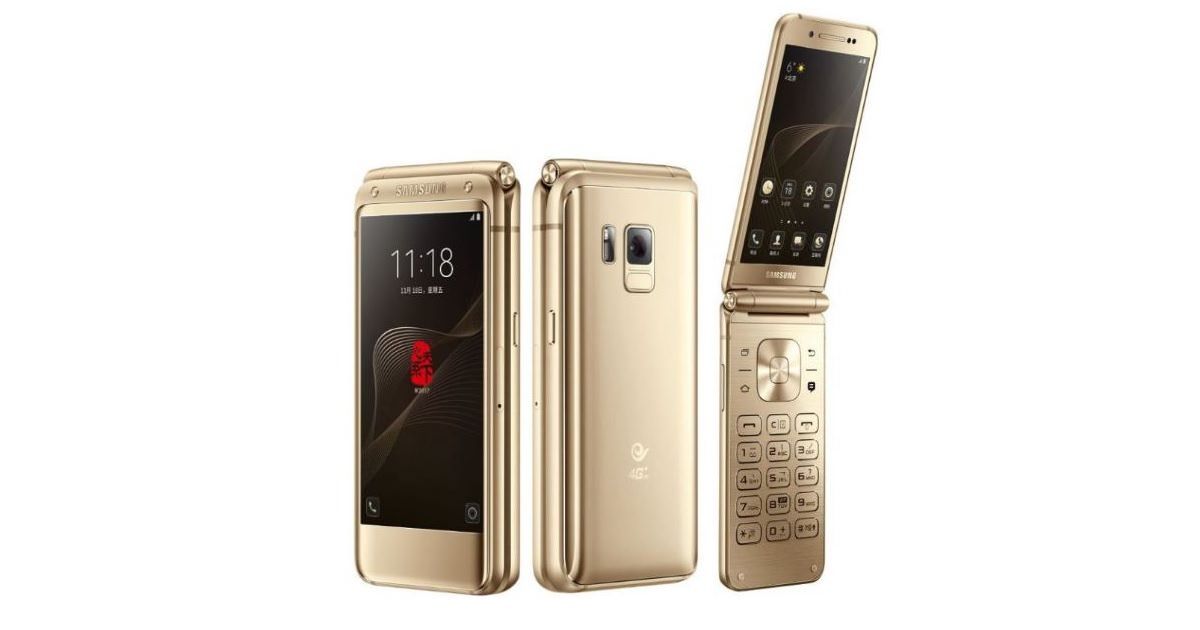 Multiple reports in the past have suggested that Samsung is working on a new clamshell smartphone under its W series. Ahead of the unveiling, the Samsung W2018’s alleged live images were leaked earlier in July. Now, more live images of the phone have been leaked online. The live pictures of the Samsung W2018 were posted on Twitter by tipster @MMDDJ_, which have revealed the phone’s design from all angles.

As per the images, the Samsung W2018 will feature two displays – one on the front and the other inside. The display on the front has the brand’s logo above it. Both the phone’s displays feature slim bezels on the sides, except for the top and bottom. The handset will comes with a fingerprint sensor, which will be placed alongside the primary camera. Just like its predecessor, the W2018 will also come with a large alphanumeric keypad.

According to the earlier reports, the Samsung W2018 will feature two 4.2-inch full HD displays. The phone could be powered by Qualcomm’s latest top-notch Snapdragon 835 processor, mated to 4GB or 6GB of RAM. The device will come with 64GB of storage, which is expected to be further expandable via a microSD card.

For imaging, the Samsung W2018 is expected to come with a 12-megapixel primary shooter and a 5-megapixel secondary shooter. The device is rumoured to come with an iris scanner for biometric authentication. The 4G LTE-enabled Android-powered smartphone is expected to be fuelled by a 2,300mAh battery. Reports suggest that the phone will be priced at around Rs 1,30,000.

As for the Samsung W2017, the phone was launched in November last year. The phone arrived with two 4.2-inch sAMOLED FHD displays, a Snapdragon 820 SoC, 4GB of RAM and 64GB of storage. The other specs include a 12MP rear camera, a 5MP front shooter, a fingerprint sensor, a heart rate monitor and a 2,300mAh battery.